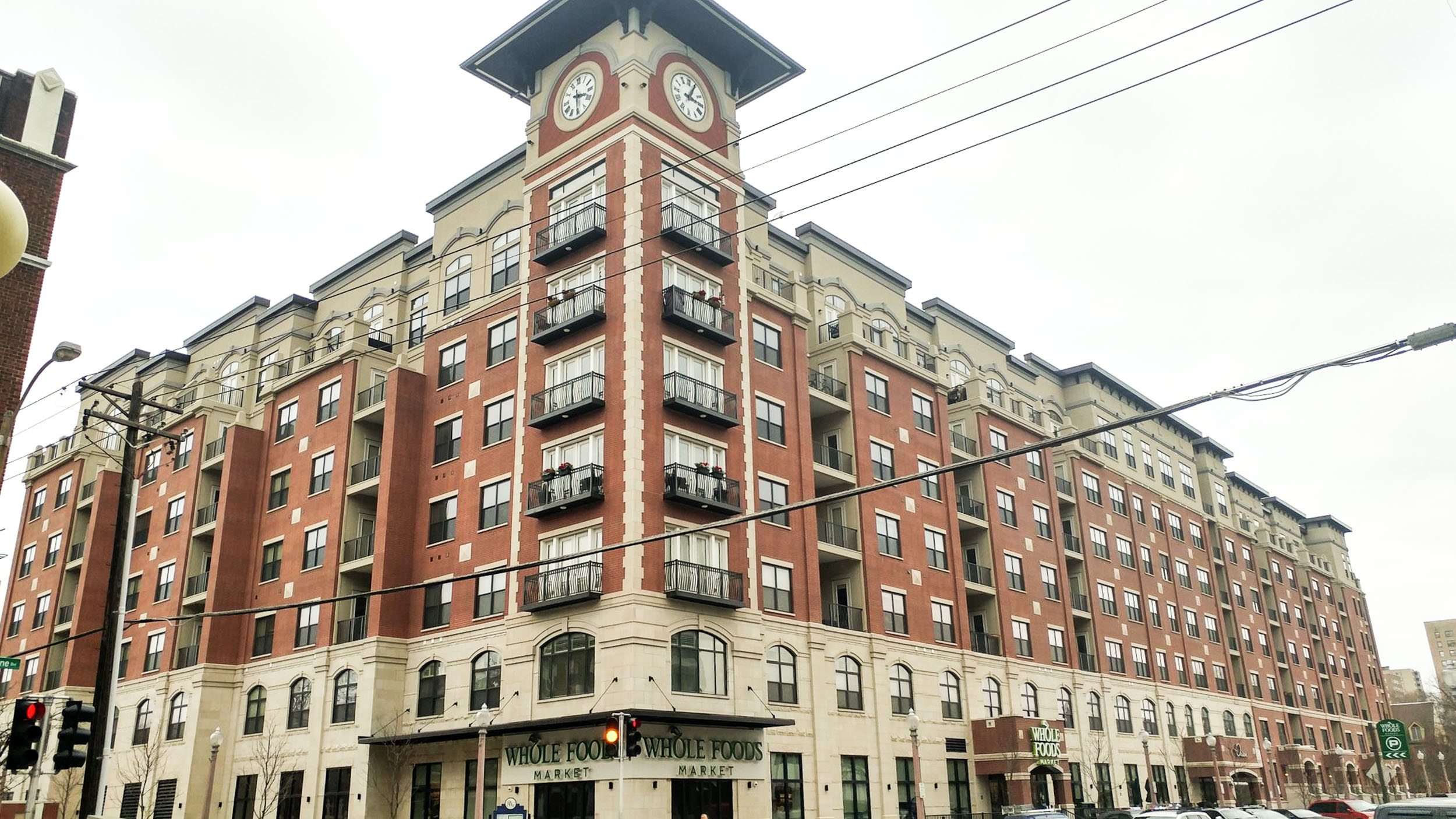 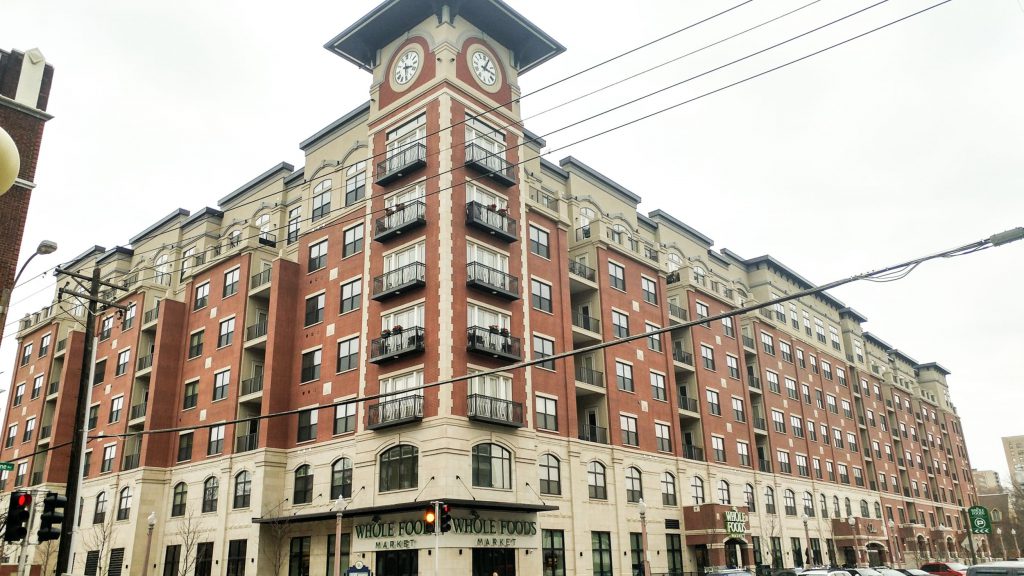 Word on the street is that The Orion is about to set a record. An investor report published Tuesday by Koman Group on The Euclid development across West Pine cited rumors that The Orion — the building housing the Central West End Whole Foods — is now under contract to sell for $350,000 per rental unit. If the sale (which is subject to agency financing) closes, this will be the St. Louis region’s first-ever sale of an apartment building for over $300,000 per unit.

If confirmed, The Orion’s pending sale is good news for developers of The Euclid next door. Shake Shack has brought daily crowds to the sidewalk at Euclid and West Pine since December. Kaldi’s and ZZA Pizza are under construction. Williams-Sonoma’s Rejuvenation home lighting and hardware nearly leased the remainder of the first and entire second floor before backing out recently. In its place, PLNK Fitness and several other companies are considering space on The Euclid’s second floor, while Commerce Bank and Metabolic Meals are looking at the first floor. With such a line-up and with The Euclid’s clean-lined, well detailed modern architecture, The Euclid — first announced in 2015 — becomes a more desirable investment than even The (record-setting) Orion.

The north-south corridor along Euclid Avenue has continued to see a significant increase in residential and commercial density over the past decade. The same intersection with West Pine has seen the debut of 1764 Public House in the space left vacant by Harold’s Deli twenty years ago. A block west construction has begun on Studio Gang’s iconic 385-foot $130 million One Hundred skyscraper. 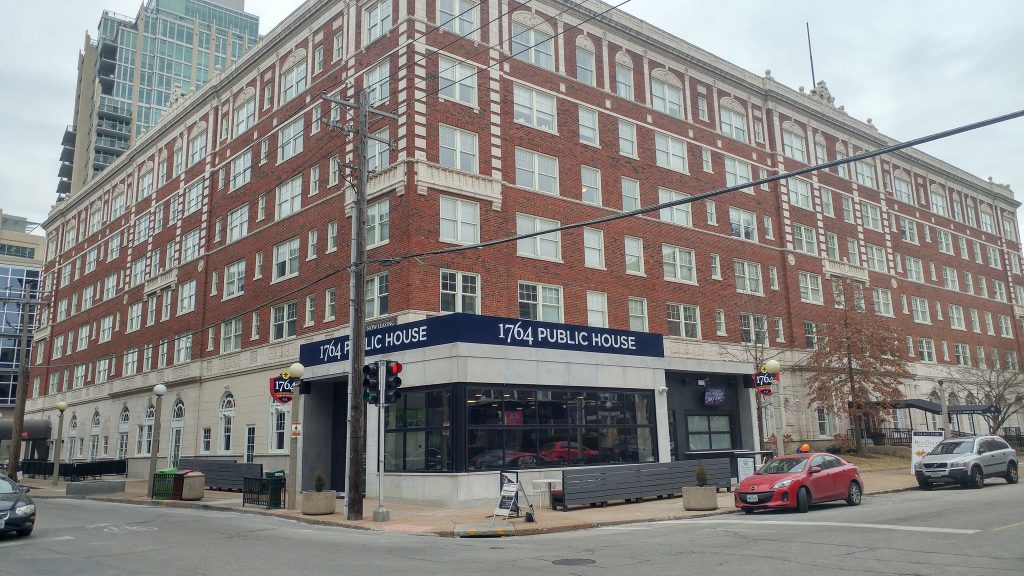 To the south, The Park East Tower and adjacent Nine North condominiums replaced a surface parking lot in 2007 and 2008. BJC’s twelve-story Center for Outpatient Health rose south of Laclede in 2012, across Euclid from MetroLofts (2005) at Forest Park Avenue. South of the hospital complex, the historic Shriner’s and Central Institute for the Deaf buildings are being transformed into a 180-unit residential campus.

To the north, Opus Development’s Citizen Park has anchored the intersection of Euclid and Lindell since 2016. An AC Hotel is planned along York Avenue, the alleyway behind the Argyle Garage, while another block to the west, Straub’s Market has undergone a complete renovation. A small mixed-use redevelopment to include an art studio is underway at 429 N. Euclid, while Clayton development guru Bob Saur is planning 161 micro-apartments at the corner of Euclid and Delmar, across Euclid from Cullinan’s renovated mixed-use Lofts at Euclid building.

With all its development, the Central West End remains one of the city’s most diverse areas. In the 2010 Census, the neighborhood’s 14,500 residents were 58% white, 28% black, 11% Asian and 3% Hispanic. Playwright Tennessee Williams, poet T. S. Eliot, author Kate Chopin and the Beat generation’s William S. Burroughs all called the Central West End home. The area is one of the region’s most walkable, car-optional neighborhoods best known for its fin de siècle mansions, historic houses, condos and unique retail. Yet it is the neighborhood’s apartment buildings that now step up to take the gold as the region’s most valuable.