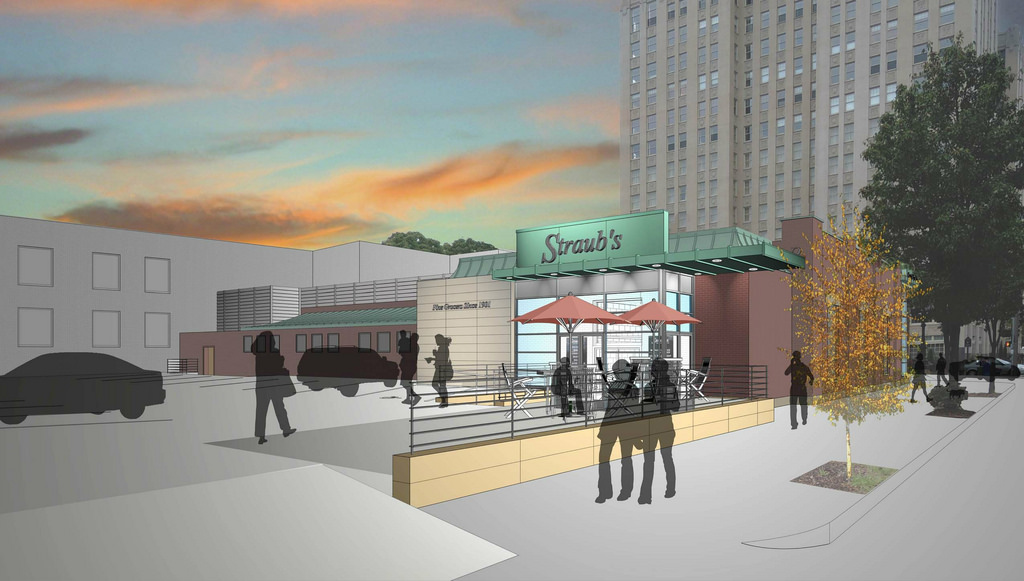 Straub’s — since 1948 the Central West End’s favorite grocer — is about to experience a transformation. The grocer that once sold ice cream at the 1904 world’s fair has big plans for its location next to the Chase Park Plaza. Architecture firm JEMA and builder Blackline Design + Construction have re-invisioned the landmark local business.

Gone will be a disused restaurant space above the store, and in its place will be double height spaces with floor to ceiling glass and skylights flooding sunlight into the store. The renovation will bring new floors, ceiling and lighting, new equipment and meat cases, a new entry area, a new customer service office and an outdoor patio. The bakery and deli departments — added in 2000 as part of a store expansion — also will see smaller improvements. A $500,000 building permit for internal and exterior renovations is on file with the city and a temporary construction entrance has been installed.

While the store’s entrance will remain at the northwest corner, the building’s southwest corner at Kingshighway and Maryland — currently the floral department — will be opened up with glass. That was once the restaurant’s entrance, with a staircase on one side leading up to the dining room. (The Clayton store’s restaurant lasted as late as 1996.) Current plans include the removal of the current floor between the store and restaurant space, which effectively will double the volume of the store. “It won’t feel claustrophobic,” says President and CEO Trip Straub, “It’ll feel brand new.” Plans call for a patio outside a new entry area. 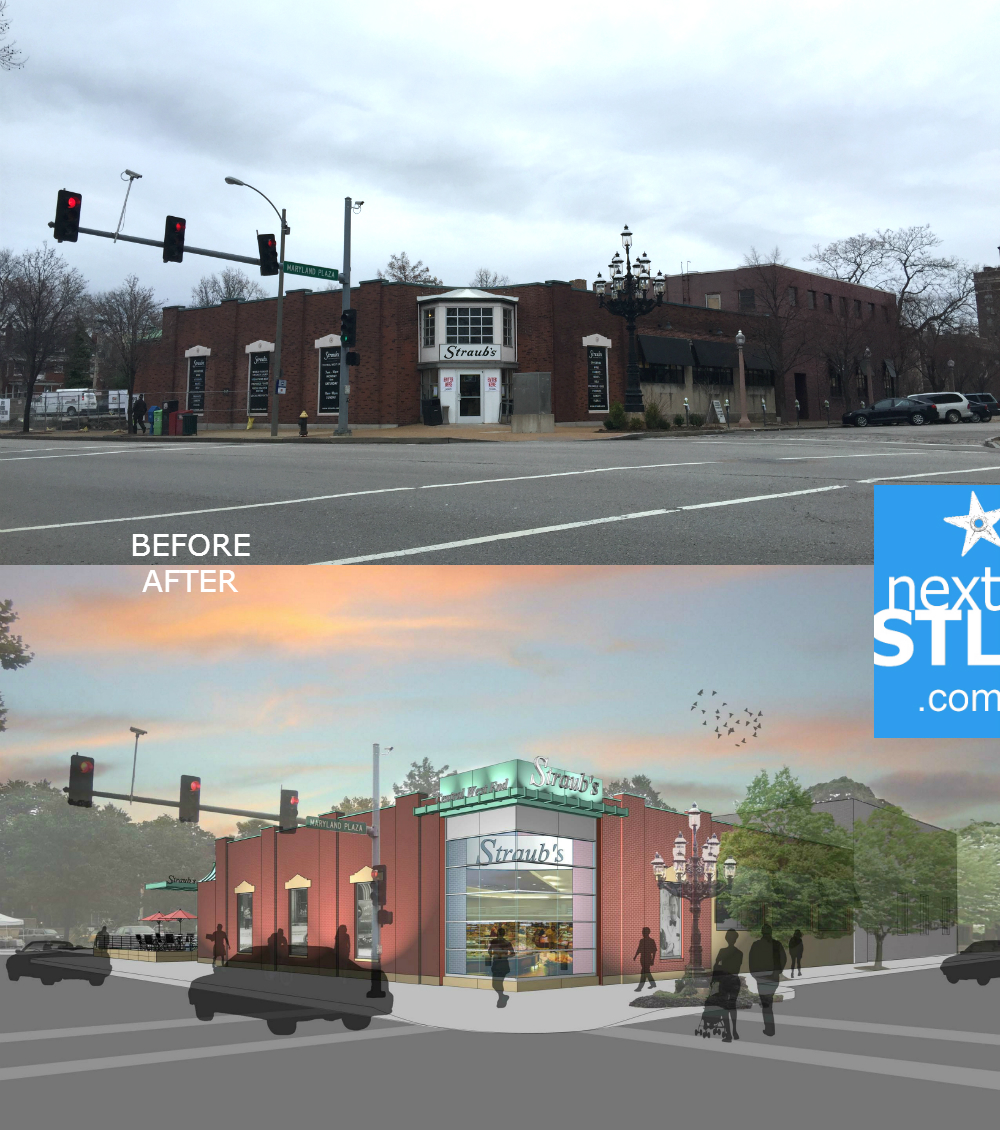 The store will remain open during construction.

Big Changes in the Neighborhood

Big plans are being made to the retail corridor at Kingshighway and Maryland Plaza. The Chase Park Plaza is in the planning stage to open up it’s Maryland Plaza facade as retail storefronts [Link: /2014/05/retail-plan-park-plaza-gets-cro-endorsement-ahead-hearing/]. And the Central West End Business Community Improvement District is in the early stage of planning a new streetscape along Kingshighway from Carriage Lane south to Lindell Blvd. That design will be coordinated with the Straub’s renovation. [PDF]

A block further south, Kohn Pedersen Fox has been hired to envision a new mixed use tower for the southeast corner of Lindell and Kingshighway. A block to the east, Opus is currently constructing a $50 million, twelve story building with 217 high end apartments and street level retail. And a block south of that project, Mills Properties is building a $75 million building with 177 apartments above retail. 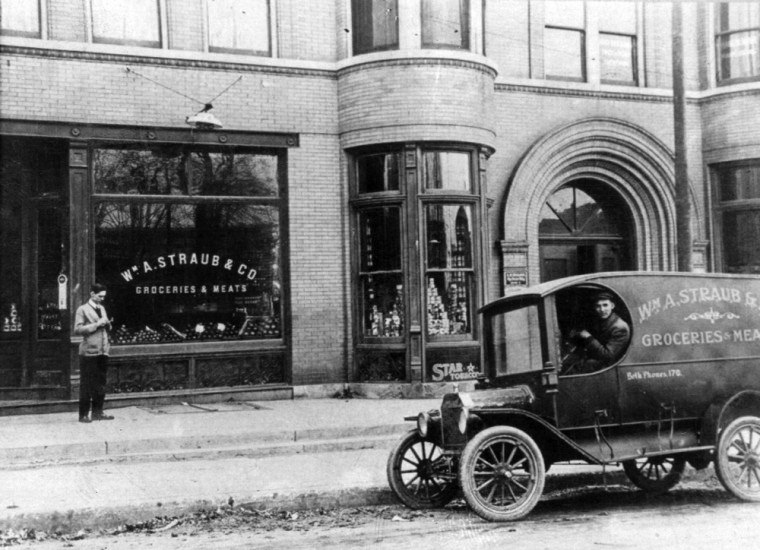 Grocery retail. As in Whole Foods.

Straub’s is something of a David preparing for the arrival of Goliath when Whole Foods Market opens late this year. Texas-based Whole Foods is a $19 billion corporation. And it will be just three blocks away at the corner of Euclid and West Pine in a building that received $10 million in public tax increment financing. While the Whole Foods TIF applies to the whole building, those funds would have been worked into any lease arrangement. Still, Straub takes it in stride. “Are they a competitor?” Straub asks. “Absolutely. But we’re betting that Whole Foods customers in the Central West End are already driving to Brentwood to shop. We’re hoping we won’t lose that business because it was never ours.”

Straub’s has a lot that Whole Foods doesn’t have. Straub’s has a wide selection of USDA Prime meats. It has a fully stocked liquor department. And it sells name brand essentials like Heinz ketchup and Bounty paper towels. “Whole Foods doesn’t carry Coke or Pepsi,” says Straub. Straub’s stocks natural and organic products as well as Northwest Coffee, local chocolates, and a full selection of local and international wines and beers. But while the store has remained at the front edge of the grocery busines, Straub’s also carries Bunny bread and Bud Light. 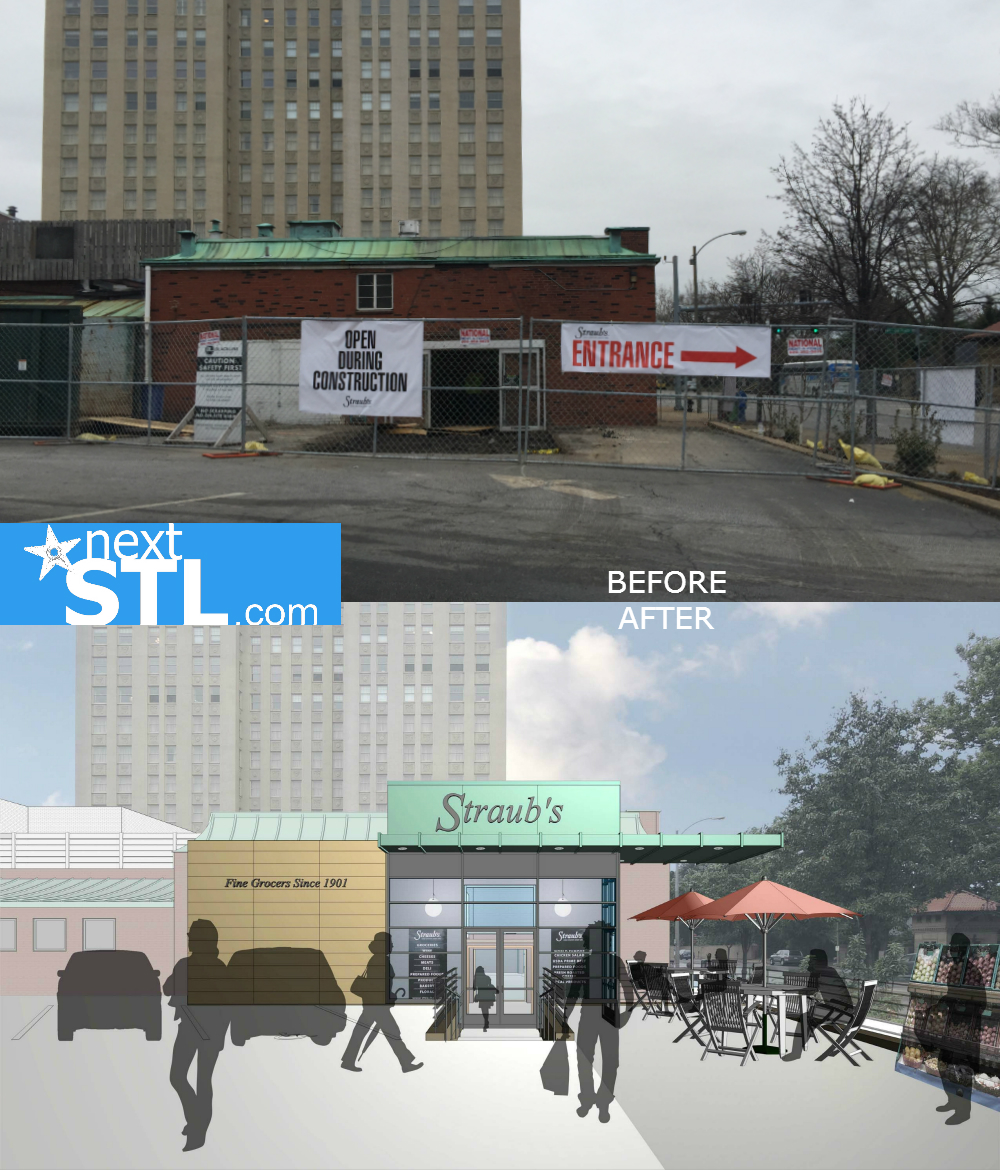 A Third of a Pound of Hamburger

Straub’s has a legacy of full service. A security guard always smiles and says hello. He watches your car and helps you with your cart if needed. The wine expert can help you pair the right bottle with your meal.

And though still a small business, the company serves its employees. Unlike Whole Foods, Straub’s is a union shop. It’s employees have health coverage and retirement benefits. Whole Foods founder John Mackey famously compared unions to herpes. Straub’s is more of a family. When Lesley McSpadden, a deli worker at the Clayton store, lost her son — Mike Brown — last August, Straub’s immediately helped facilitate the Michael Brown Jr. Memorial Fund in his honor. This is a business that cares for its people and is invested in its community.

For me, though, the real service has always been behind the meat counter.

Have no doubt about it; Straub’s is a premium grocer. This January, Trip Straub joined the ranks of Joel Dean and Giorgio DeLuca as an inductee in the Specialty Food Association’s Hall of Fame–a recognition reserved for those who have most shaped the industry.

But I remember when I was a poor grad student in the 1990s. Straub’s was the place that would sell me a third of a pound of ground hamburger when that was all I needed. When I got a job and stayed in the neighborhood, Straub’s butchers were the ones who introduced me to the petite tender — an amazing cut of beef that was a lot less expensive than the one I was planning to purchase. And they always offered to slice it up for me when planning to do a stir fry. Seriously. They’ll cut your meat for you.

While the store may expect to take an initial sales hit as neighbors check out the large corporate competitor moving into the neighborhood, Straub believe their sales, service and quality products will bring those customers back.

I tend to think they’re right.