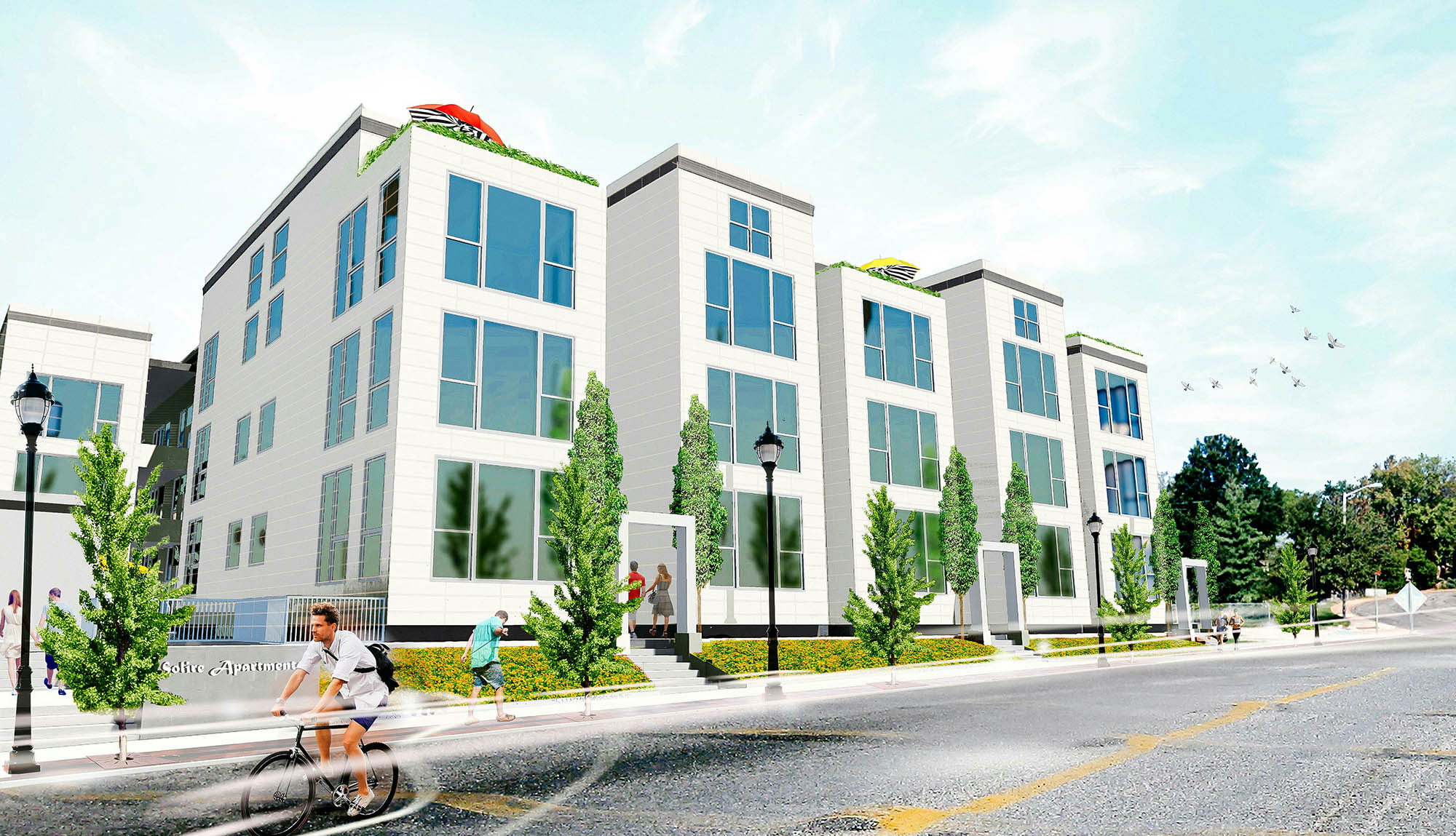 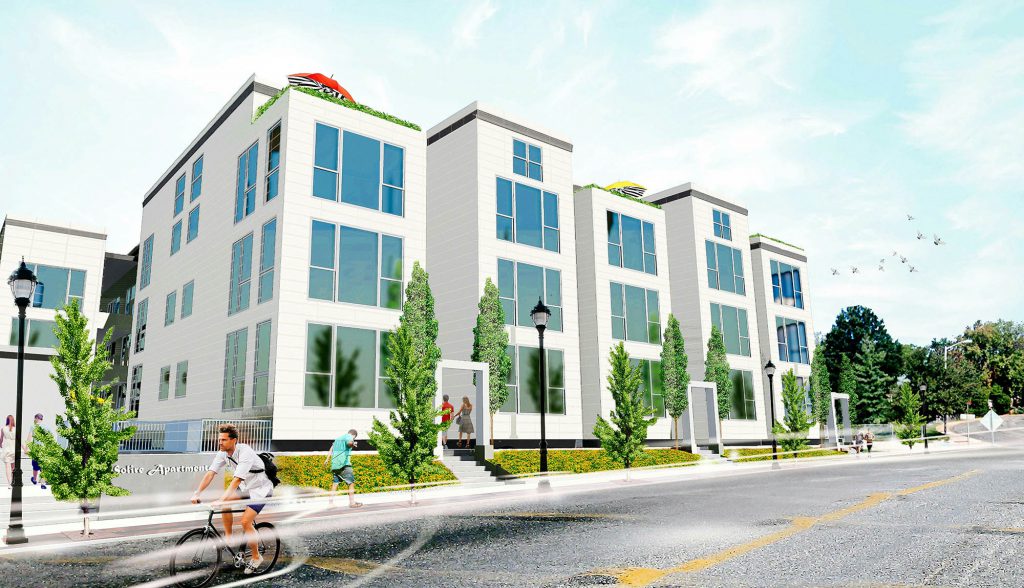 Bob Saur returns to the City with plans for 161 micro-apartments at the southeast corner of Euclid and Delmar at the Central West End’s northern edge. In 2005, Saur opened Metrolofts at Euclid and Forest Park Avenue as rental apartments at the neighborhood’s southern end. Together with the planned micro-apartments, these two projects will bookend Euclid Avenue through the Central West End. Saur’s Conrad Properties also developed the 11-story modern condo tower at 4545 Lindell in 2006. 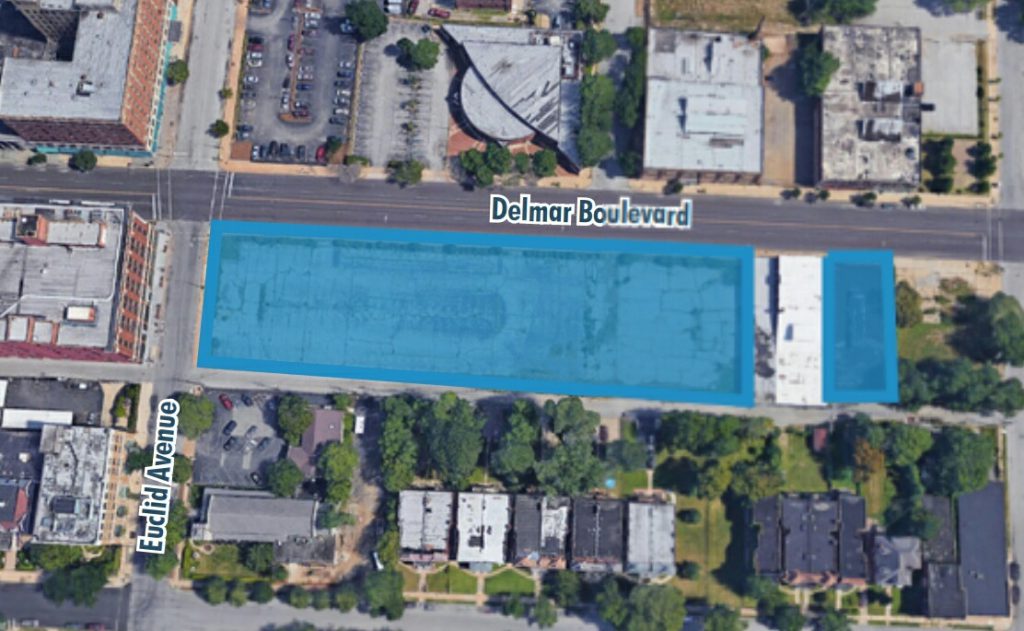 Most of Saur’s investment in recent decades has centered in Clayton — with perhaps two dozen projects completed including the 24-story Clayton on the Park in 2000 and the 17-story Maryland Walk in 2007. Last year plans for 72 micro apartments in Clayton failed to gain municipal support in a swirl of neighborhood anxiety over unrelated expansion plans for Centene and fears over housing density and parking.

Those concerns are not expected to be a major hurdle at Delmar and Euclid. Saur’s current proposal reworks the earlier Clayton proposal, with elevations that closely match earlier renderings of the Clayton project. The main difference is that the new proposal more than doubles its size at its City location. Also dubbed Solire, the new project includes a second phase with structured parking. The site currently is a surface parking lot.

As of last week, the developer was still assembling land. The City’s Land Clearance for Redevelopment Authority has awarded the project an 80% tax abatement for ten years.

Together with the newly renovated Lofts at Euclid across Euclid and the new LaunchCode Mentor Center across Delmar, this micro apartment project should help bridge the Delmar Divide. The Fountain Park neighborhood north of Delmar long has been one of the City’s most beautiful neighborhoods. Laid out by John Lay in 1857, the streets are lined with large brick and stone houses similar to houses along McPherson or Westminster south of Delmar.

Historic properties in the Fountain Park neighborhood typically sell for under $80,000 but often require significant investment. A $112,000 building permit was issued last February for a three level 1896 house at 4874 Fountain Avenue.

Similar houses south of Delmar regularly sell for $400,000. A quality proposal at Delmar and Euclid will only help bring together two great neighborhoods in Fountain Park and the Central West End. To encourage investment to the north, the City should prioritize streetscape improvements along Delmar and Euclid to its north.

St. Louis needs more connections between neighborhoods, not fewer. As this project moves forward, the intersection of Euclid and Delmar has the potential to become a fifth dense urban node along Euclid Avenue, alongside the intersections at Laclede, West Pine, Maryland Plaza and McPherson. By every measure, this proposal is a step toward the St. Louis that ought to be.