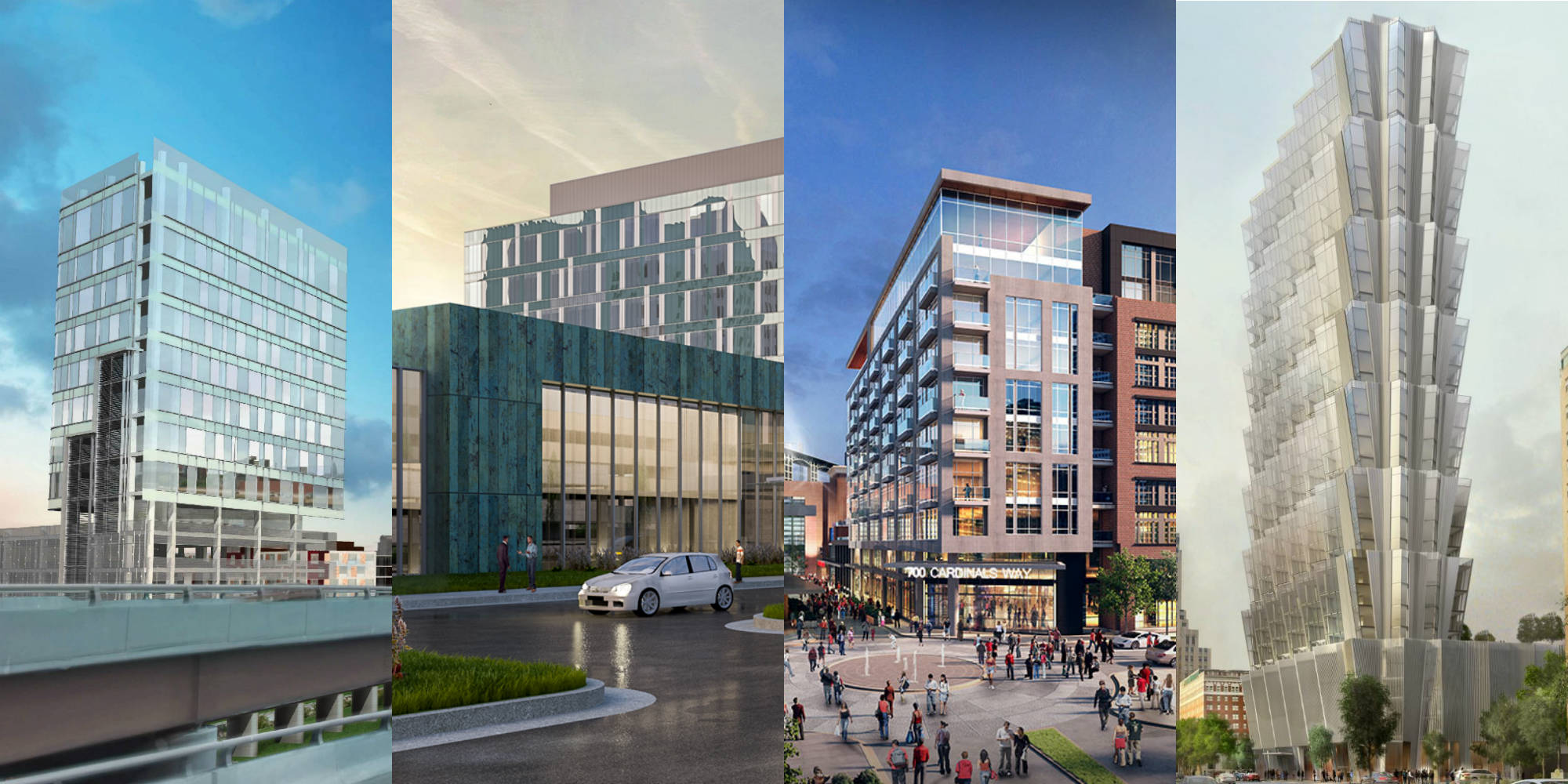 117 permits were over $1M totaling just over $1B. The SSM hospital on Grand tops the list at $210M, followed by One Hundred $91M, the Ballpark Village apartment building $59M, the Ballpark Village hotel $38M, The Foundry $32M, St. Louis Community College $26M, an office building at the SSM hospital $26M, 1501 Washington $25M, the rebuild of the Muny in Forest Park $23M, and the Ballpark Village office building $20M. Note that the building permit value is typically less than the cost of the entire project. And we shouldn’t forget the many thousands of smaller projects around the city. The Home Builders Association reports permits for 150 new construction single-family homes have been issued as of November.

Most of the large projects are tax-exempt, tax-abated, or TIF’d. Fortunately, unlike some of the subsidized auto-oriented retail projects in the region, the tax-abated and TIF’d projects will probably outlive their subsidy and become productive land uses for decades after.

2018 is unlikely to be eclipsed until the new NGA West is built. Looking forward there are permit applications in for 300 S Broadway $100M (stalled), reconstructing the Metrolink tunnel under Union Station $45M, the new science and engineering building at SLU $40M, a new engineering building at WUSTL $32M, the Georgian $11M, and the Link in the Loop at Delmar and Skinker $9.5M.