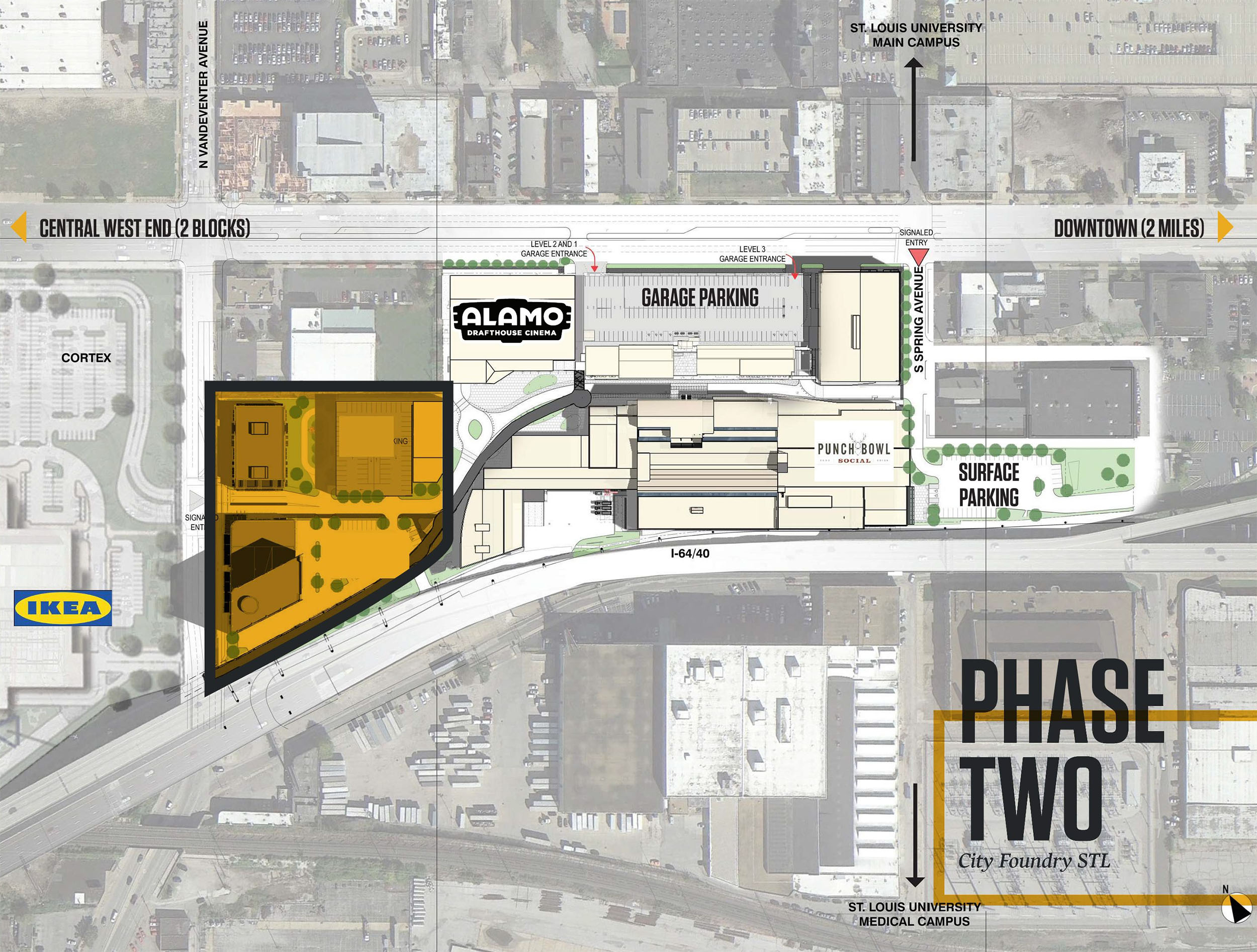 Though Phase I construction has yet to commence, the Lawrence Group, City Foundry STL’s master developer, has announced the beginning of environmental remediation on the western Phase II expansion area.  The site sits across Vandeventer from IKEA and currently has one large vacant building.  Current plans call for the demolition of that building to allow for the main City Foundry entrance, the proposed Chouteau Greenway trail, and several new buildings.

According to those plans, the 4-acre Phase II site will contain 3 new commercial buildings as well as a parking structure.  Working with Cortex, the Lawrence Group is marketing this new site to technology companies as part of the greater Cortex Innovation community.  Released renderings also suggest significant density with the southernmost building rising several stories above the elevated section of highway 40.

Following the announcement of multiple restaurant and entertainment tenants new to the St. Louis market, the Lawrence Group has seen increases in office leases.  According to a source familiar with those negotiations, virtually all of the 111,000 square feet of office space in Phase I has been committed.  Such commitments include lab and research companies, as well as software and technology firms. 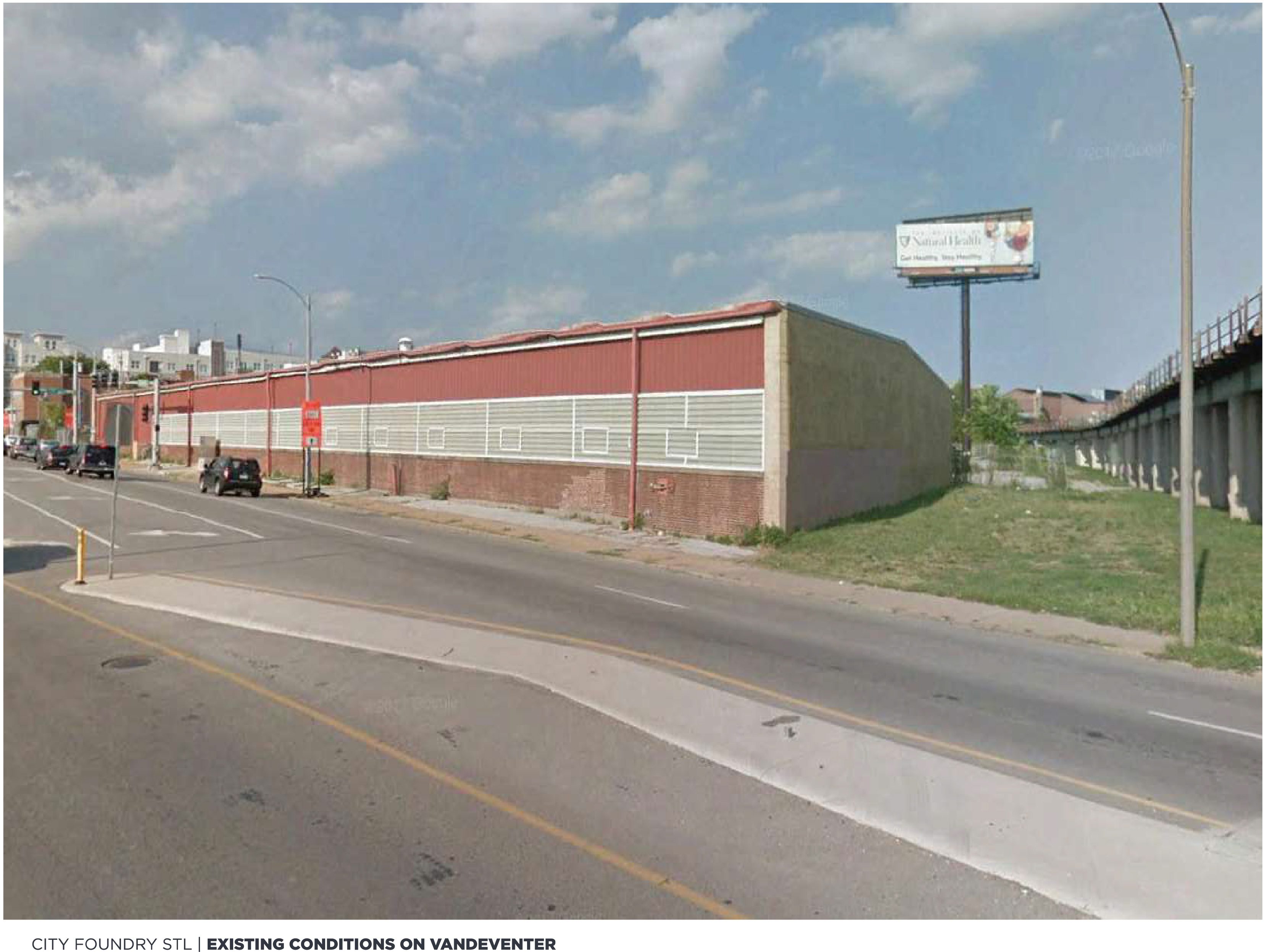 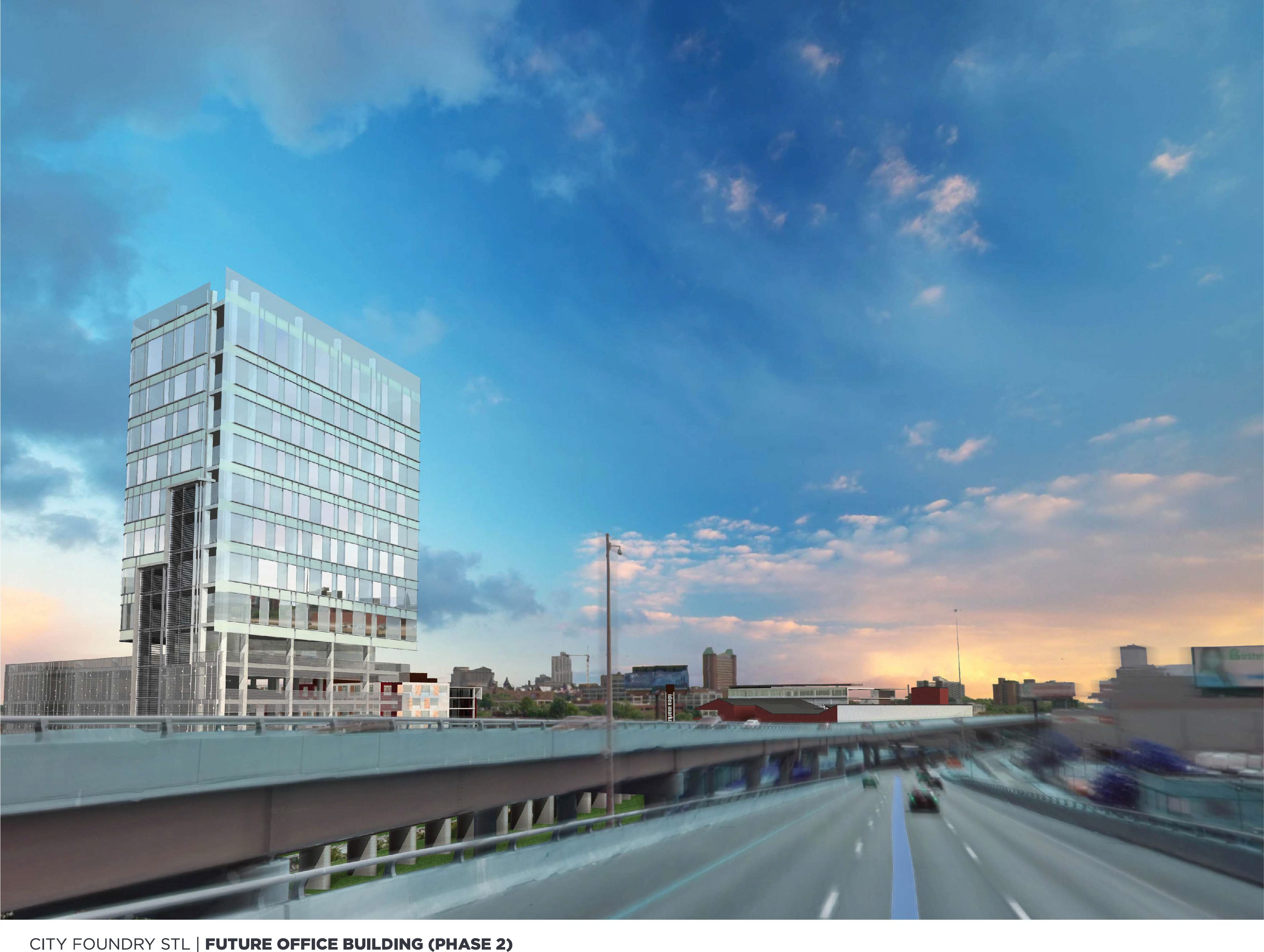 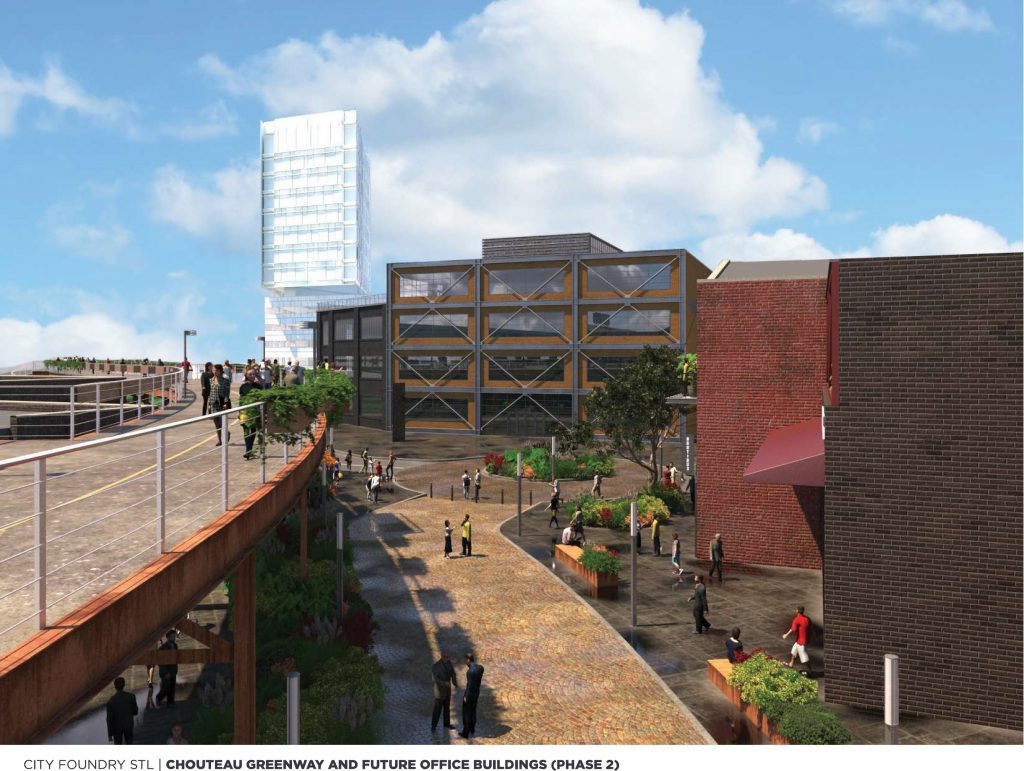