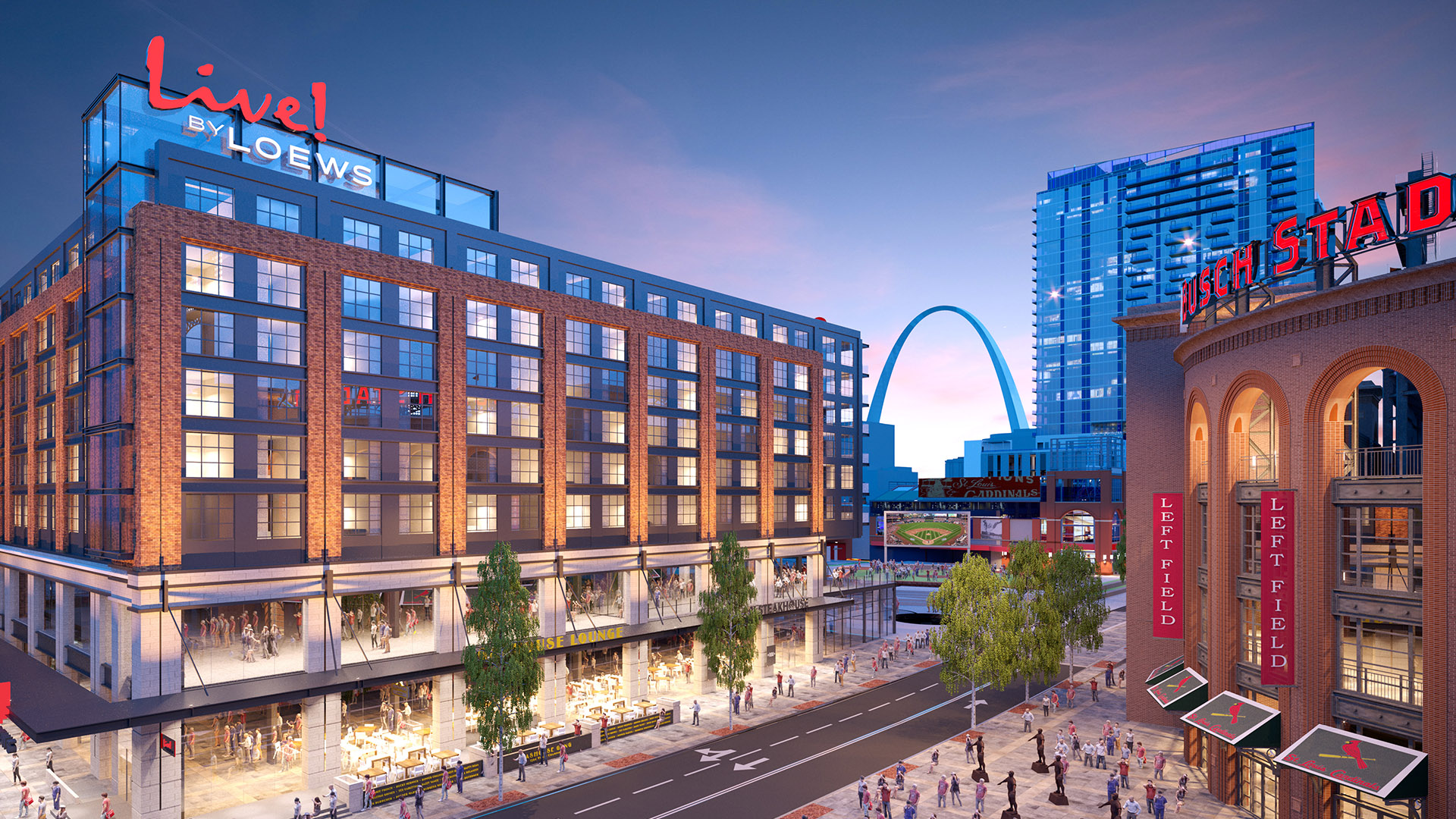 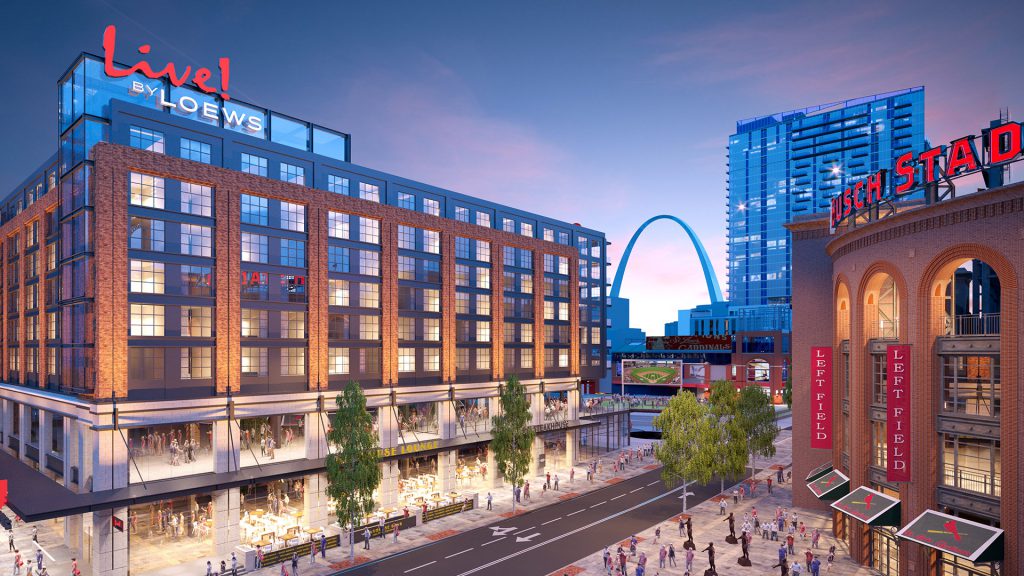 A new $65 million Live! By Loews is closer to starting construction after Ballpark Village Holdings applied for a $38 million building permit at the end of June. The 8-story hotel at 4 Cardinal Way will anchor the northeast corner of Clark and 8th Streets. Plans include 216 guestrooms and 17,000 square feet of event space. Live! By Loews is expected to open next year.

The project is part of the larger $260 million second phase of Ballpark Village. Together with the 29-story residential tower at One Cardinal Way, 120,000 square foot Class A office building and other related construction, the hotel will help complete the build-out of the development along Clark Street to help fill the visual hole created when the former Busch Stadium was demolished in 2005.

The hotel is projected to add 200 permanent jobs. HKS Architects Hospitality Studio is the architect. Paric is the general contractor.