It’s not the corner everyone’s been watching sit idle for years, but a big mixed-use project could transform an important gateway to the Delmar Loop. No, the Church’s Chicken building is still there, awaiting a new idea (other than a parking lot). But we’ve learned that Pace Properties plans to replace the Circle K service station at Skinker and Delmar Boulevards with a $26M, three-story mixed-use building.

Envisioned is 15Ksf of ground-floor retail and two floors of office space, totaling 50,000sf. The project appears on the city’s Tax Increment Financing (TIF) agenda this month. Pace is set to request support for a $4.4 TIF. Materials provided to the TIF Commission state the project would support 280 full-time jobs and target “technology and creative firms”.

From images including in materials provided to the city, it appears the retail component will divided between two spaces, an 11,000sf corner space, and a 4,000sf one-story space adjacent to the existing two-story building to the west. There are no curb cuts shown on Delmar, with access to a 61-space surface parking lot via Skinker. The proposed building covers roughly half of the 1.5-acre site.

In its proposal, Pace states Circle K is a nuisance property “with multiple incidences of criminal activity and regular calls to police related to such illegal activity”. The Washington University in St. Louis-owned building fronting Skinker just north of the gas station would be demolished. The adjacent lot is owned by WUSTL, while the station is owned by Spirit Energy. The property addresses are 6211 Delmar and 621 N. Skinker.

The area is the site of intense development, and had been planned for increased residential and mixed-use density, with the university as the major developer (Loop Area Retail Plan Promotes Ambitious Vision of Urban Development / University City’s Parkview Gardens Offers Optimistic Plan for Inner Ring Suburb, TOD Development). WUSTL owns acres of vacant and underutilized land east of Delmar, known as its North Campus. The school also owns the building on the northeast corner of Skinker and Delmar. While the images including in materials for the TIF Commission are underwhelming and do not provide significant detail, the project architect is Forum Studio, which should indicate a better final design. 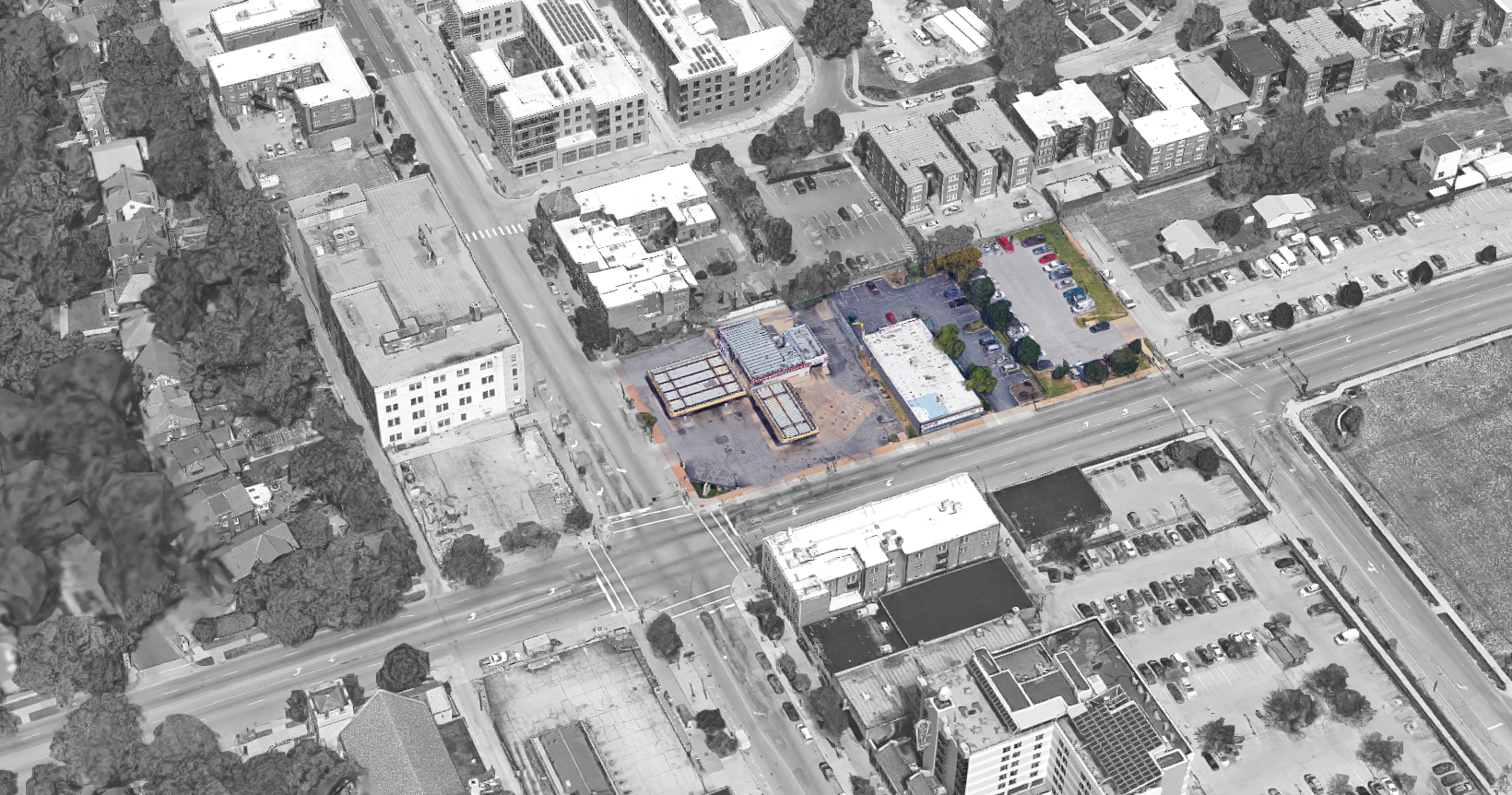 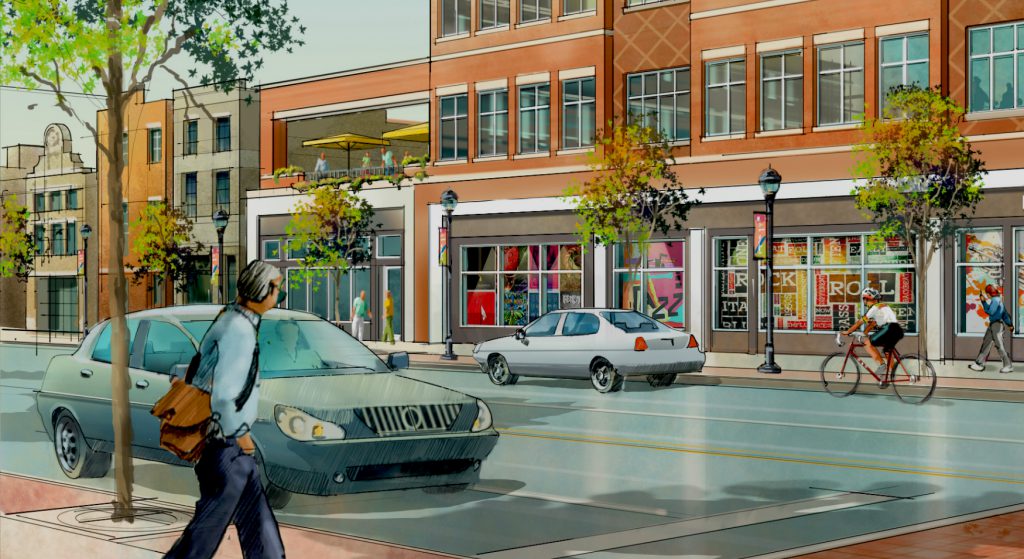 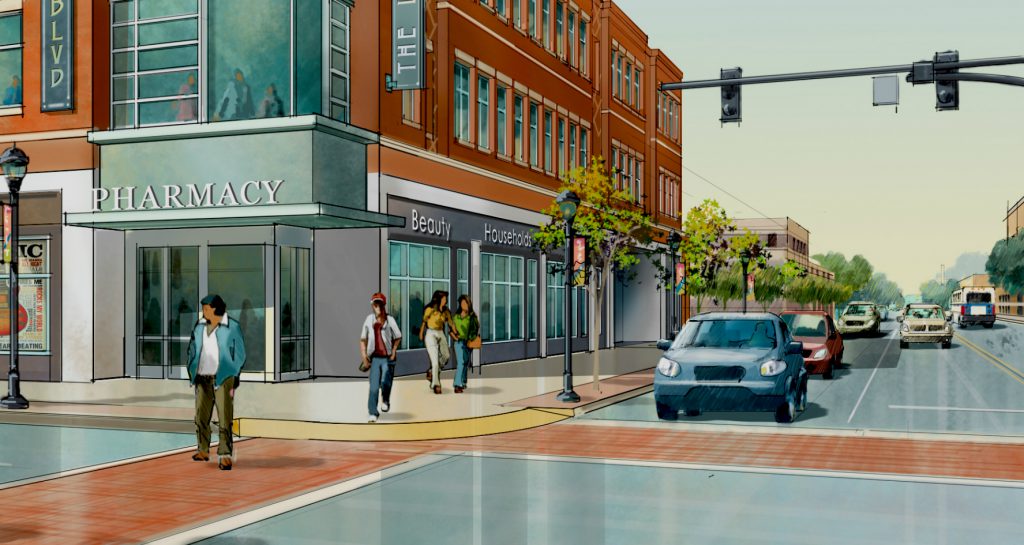 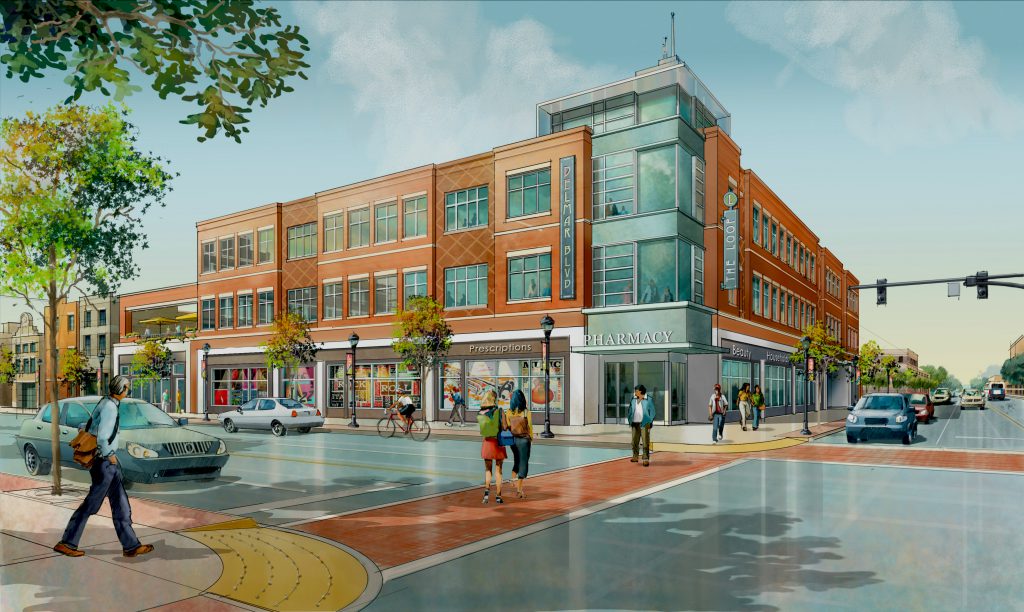