A request to re-zone this site was stopped short of being sent to the Clayton Board of Aldermen. The city’s planning staff recommended the Plan Commission approve the re-zoning, which would have cleared the way for the city’s aldermen to approve the development. The Plan Commission decided against sending it to the BoA. Despite the well-reasoned professional recommendation, as the Post-Dispatch noted, the powerful Clayton NIMBYs have won again.

The other townhome development denied would have been build on the site of the long vacant Maryland School. That plan was reduced and reduced again in hopes of winning approval from neighbors, before failing. Elsewhere in St. Louis City and County, where residential density can (and should) be added, NIMBYs continue to smother development.

The staff recommendation to the Plan Commission:

The subject property is located on a corner lot at the southeast corner of a predominately singlefamily subdivision, within walking distance of Downtown jobs, businesses and other attractions. The site was previously used for non-residential purposes for over 30 years. Given the site’s location and layout, staff is of the opinion that rezoning the property to R-4 would not have a detrimental effect on nearby properties. At this location, a low density multi-family land use is compatible with the adjacent land uses and will provide a transition from the commercial properties to the south and east, the multi-family building to the east, and single-family homes to the west and north. Staff is of the opinion that the project advances the Master Plan by encouraging the reutilization of land, permitting increased densities and providing quality housing to meet housing needs.

A Harris Armstrong designed residence, long altered and converted to a office space with a small apartment at 121 N. Brentwood Boulevard in Clayton, is currently under demolition. Conceptual plans by Michael Lauren Development LLC and the Lawrence Group call for a  $3.6M four-unit townhome development on the site.

The well-known white stucco building at the corner of Westmoreland Avenue and Brentwood Boulevard, just north of Maryland Avenue, had been vacant for several years. It was purchased by the developer in September of last year for $665K. 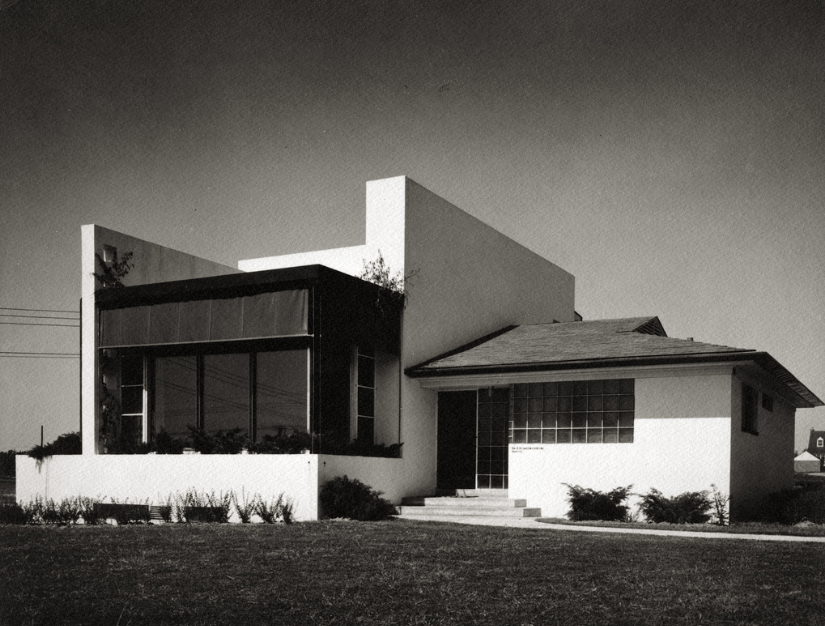 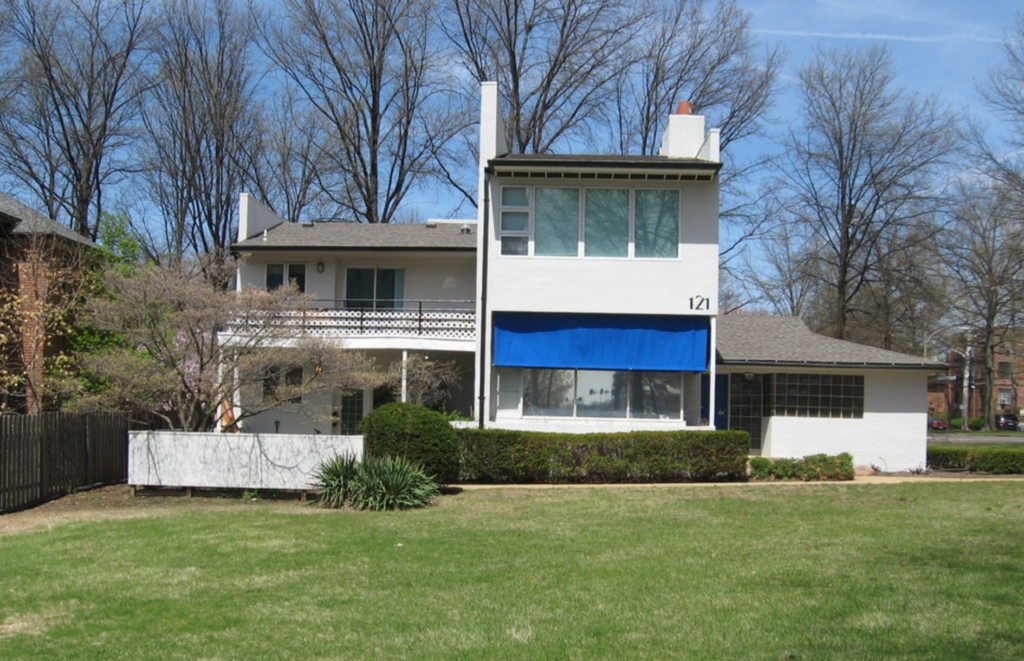 The building was in poor condition with extensive water damage and other needs, though the building’s major systems were not factually “ancient” as described in the proposal for rezoning.

The request for a zoning change is straightforward, from current R2 single family dwellings to R4 low density multiple family dwelling district. The argument is that the parcel is adjacent to higher-density uses, serves as something of a gateway to Clayton for some visitors, adds residential density (a stated goal of the Clayton Master Plan), and would not increase traffic to the site above that of its prior use.

That seems simple, but Clayton residents did recently defeat an effort by a developer to replace a long vacant school with a townhome development next to single family homes. That project, at the old Maryland School needed a similar zoning variance and was about a quarter-mile from the Forsyth MetroLink station and adjacent to parcels abutting Forsyth zoned as central business district. Residents argued that the city must adhere to existing zoning that favored single family development. It’s unknown if there will be similar opposition in this case.

Just last month, the St. Louis Style Blog by real estate agent Ted Wight (a nextSTL advertiser) brought attention to the building with a short blog post showing the start of demolition. From that post:

The building was designed for the Late Dr. E. H. Jacobsmeyer (a dentist) in 1939. Dr. Jacobsmeyer was very active in the community and he attended Washington University School of Dentistry. Dr. Jacobsmeyer served as President of the Washington University Dental Alumni Association in 1942. Interesting, albeit unrelated, he also was involved in Mitchell v. Poole in the St. Louis Court of Appeals as a witness for the Plaintiff in 1934, at which time he had been practicing Dentistry for 16 years. Dr. Jacobsmeyer served as an alderman under Mayor Roy P. Atwood – the 4th Mayor of Clayton, 1924-28 – in 1924. Clayton traces its existence to the infamous divorce of St. Louis city and county in 1876. A book written in 2013 discusses how the first few mayors of Clayton had integral roles in shaping what is now a booming city. 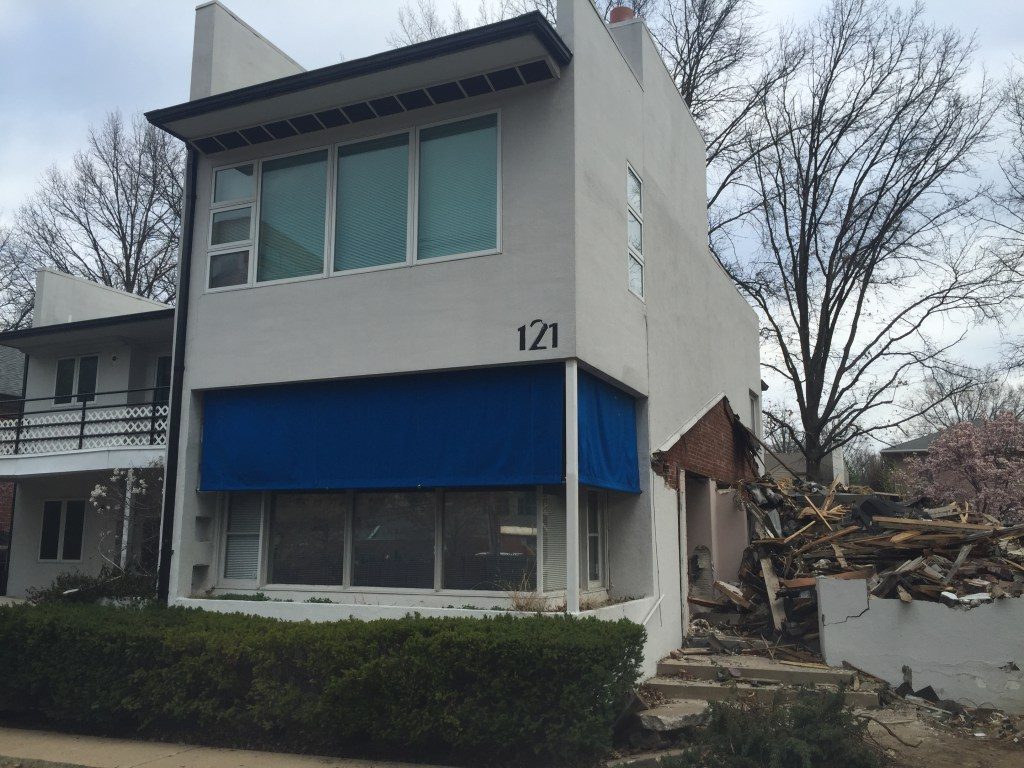 The townhome proposal is for a four-unit building with tuck-under parking, accessed from a driveway off an existing alley. The units would face Brentwood, with the northernmost unit designed to mimic the single-family home massing on Westmoreland. Drawings show the units as 3 bedroom, 2.5 bath, with two garage parking spaces, outdoor decks and rooftop terraces. 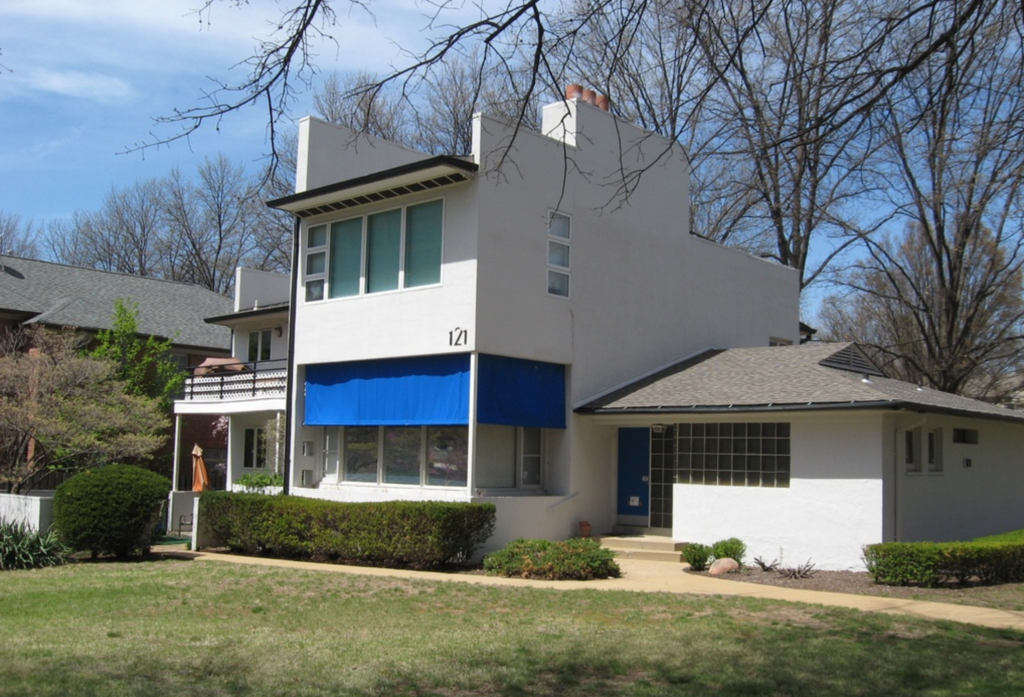 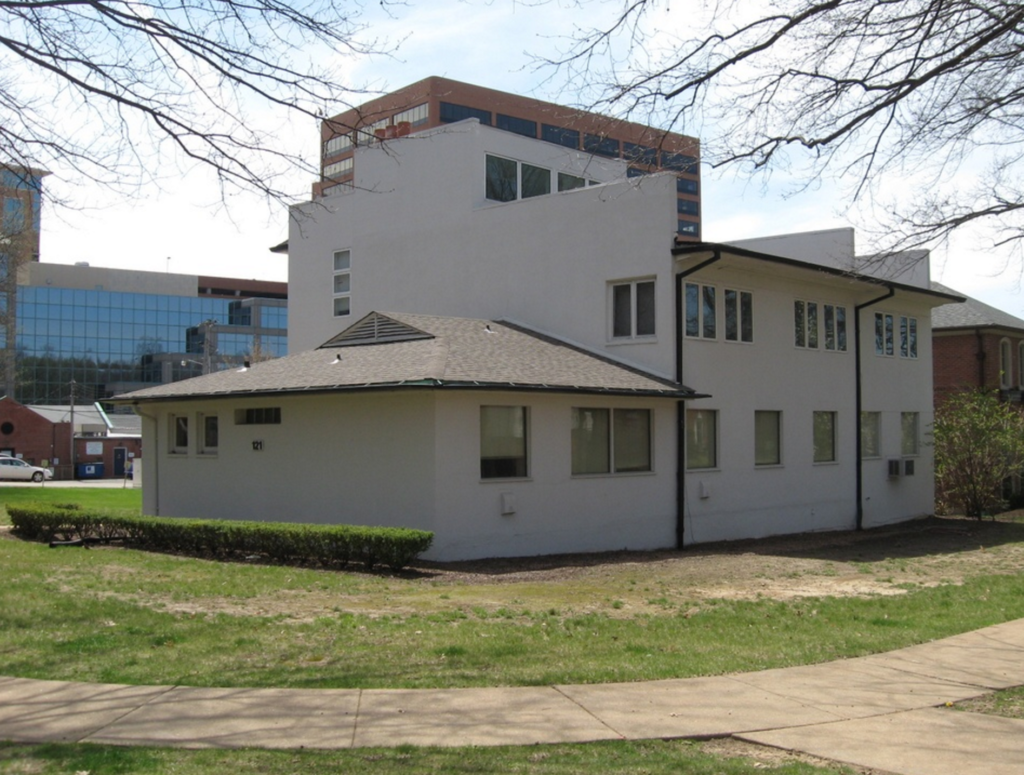 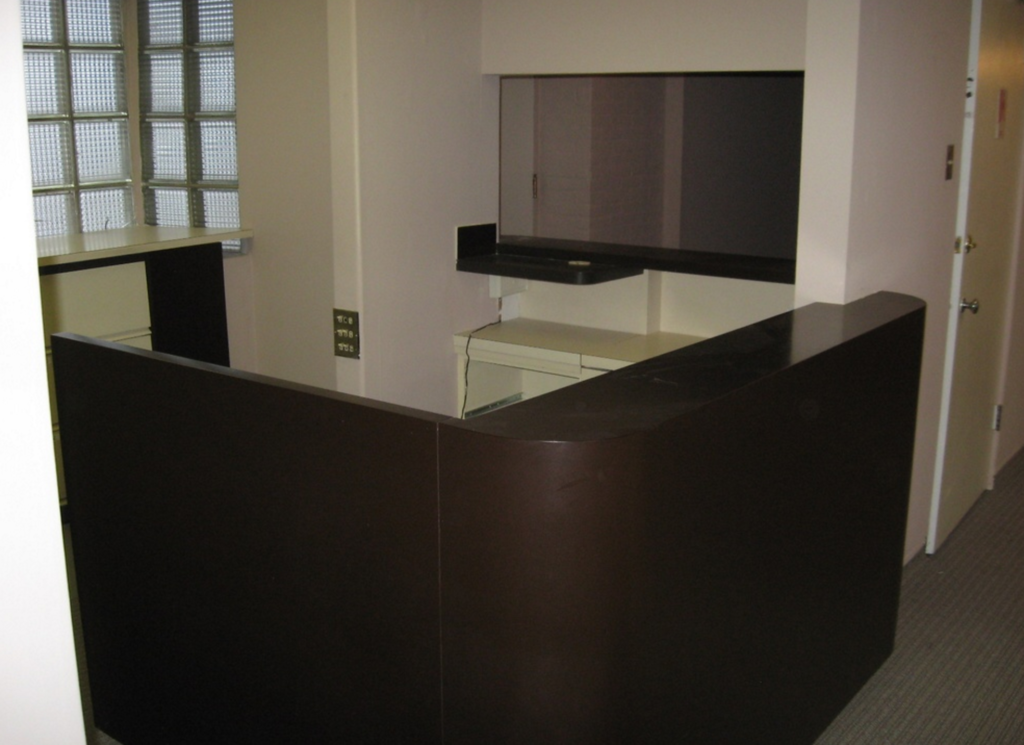 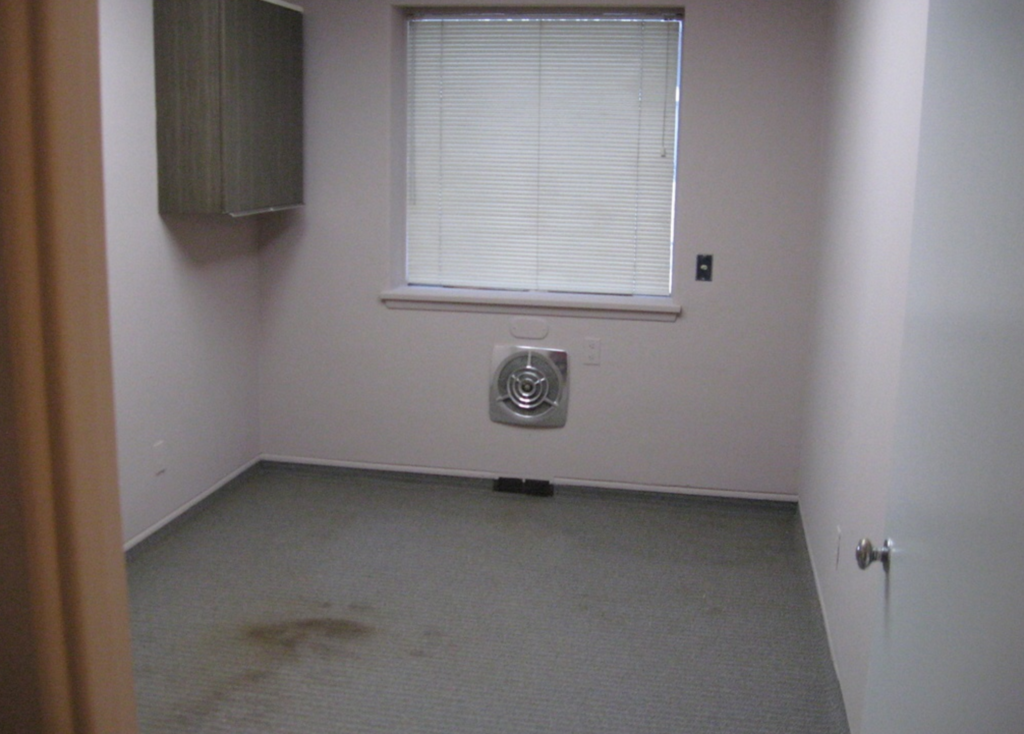 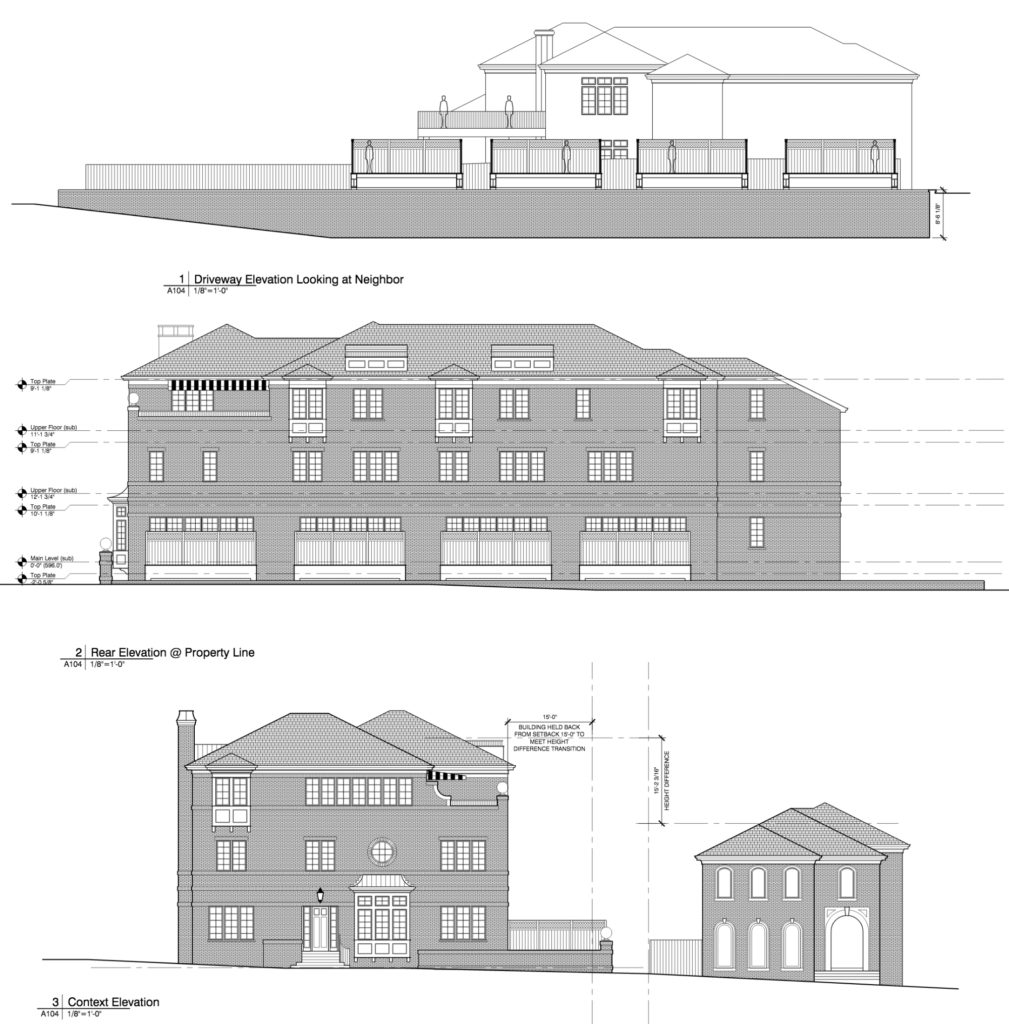 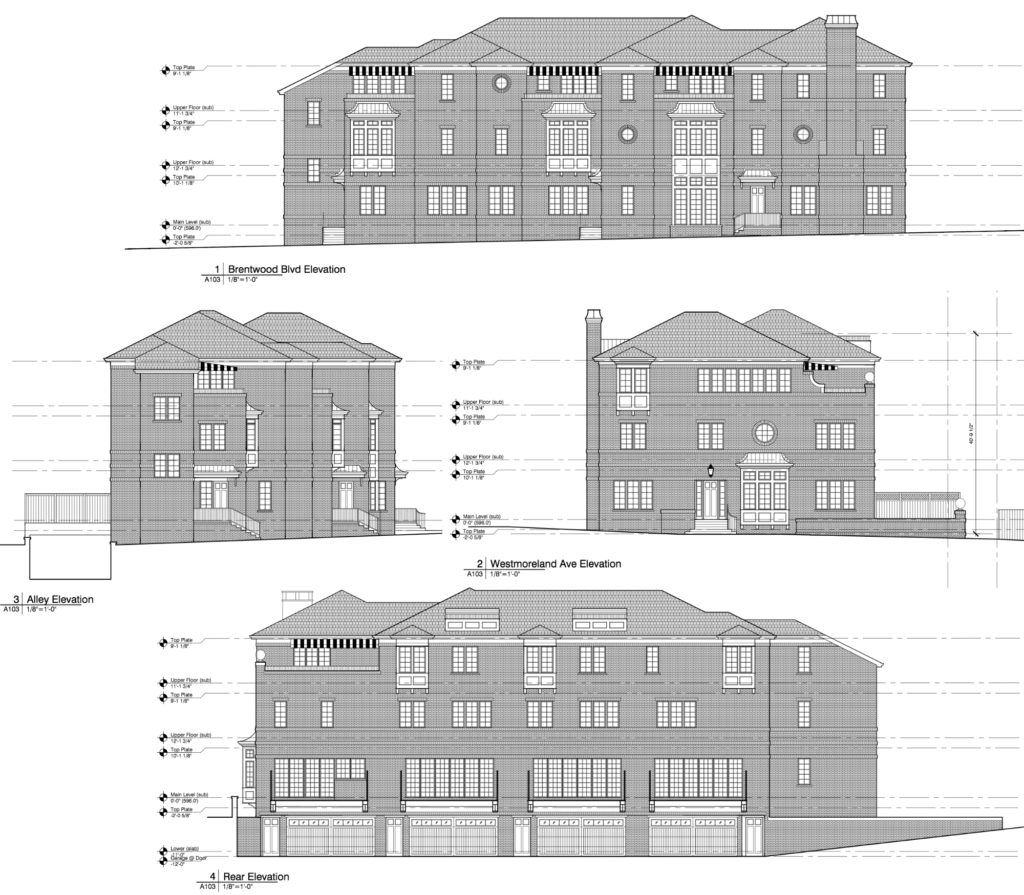 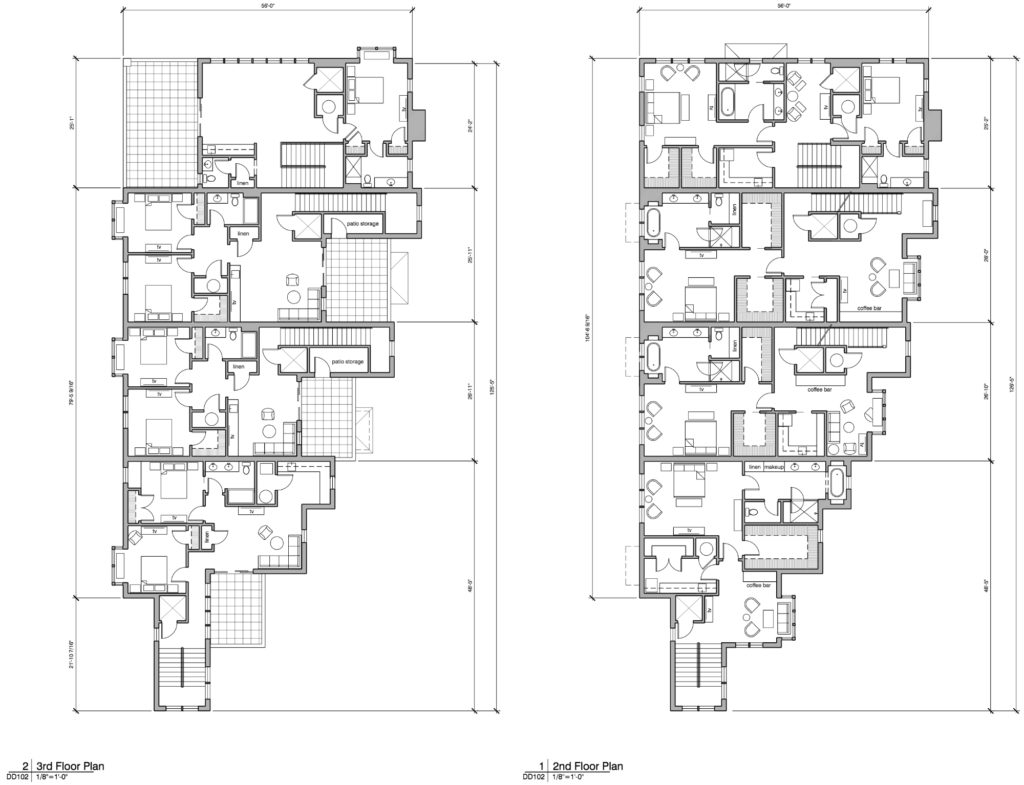 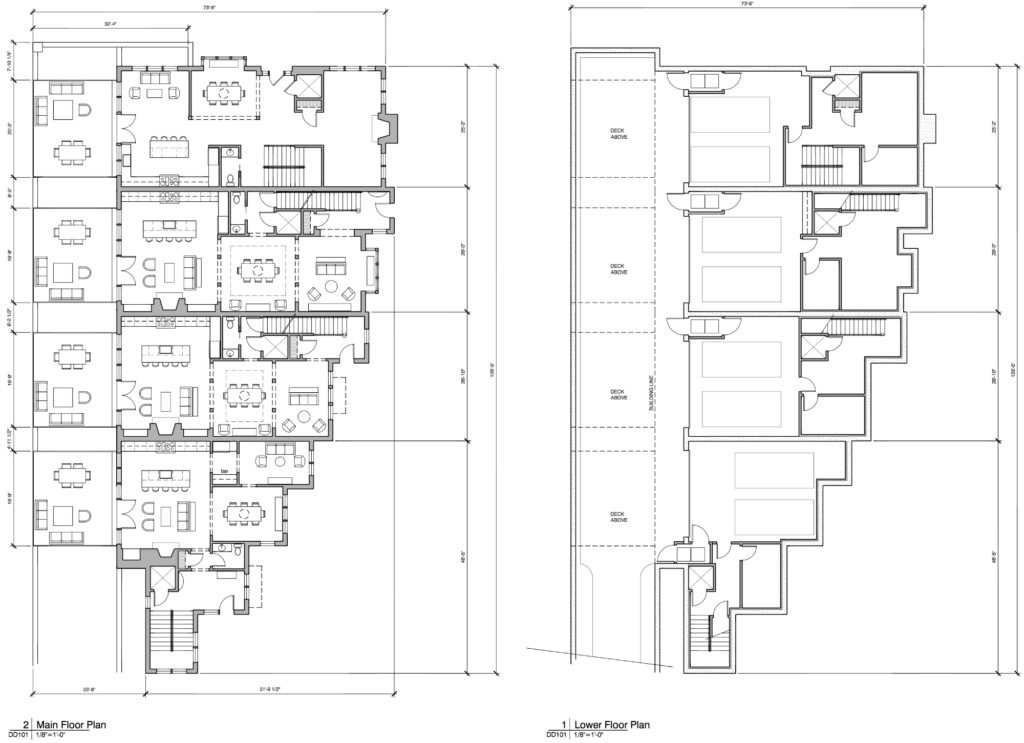 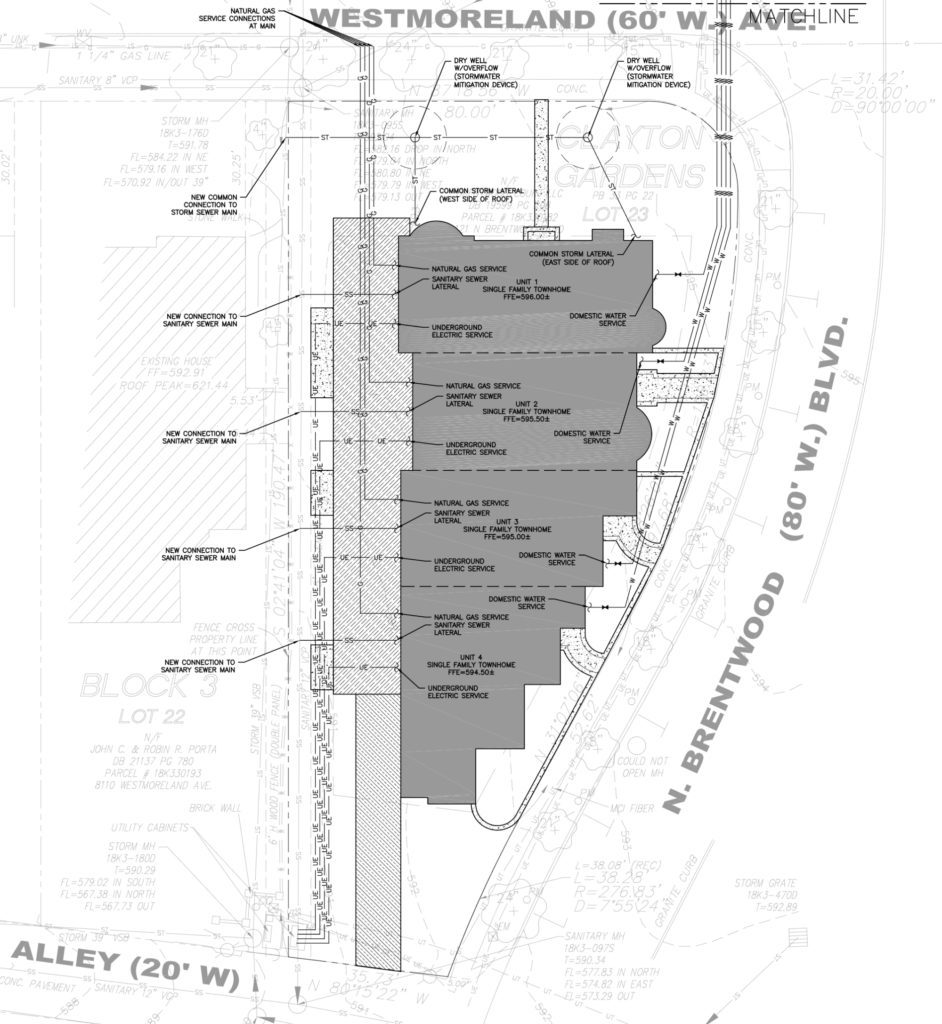 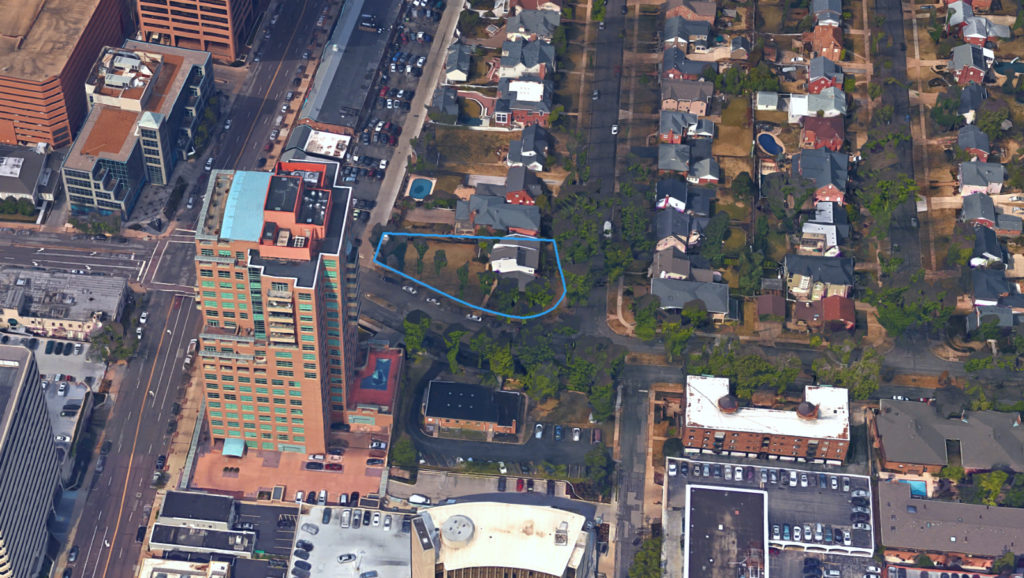