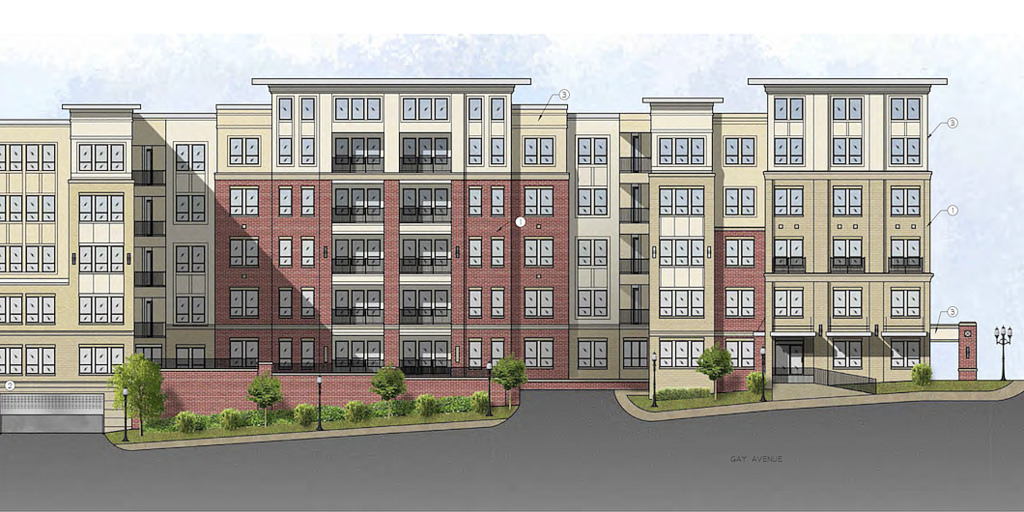 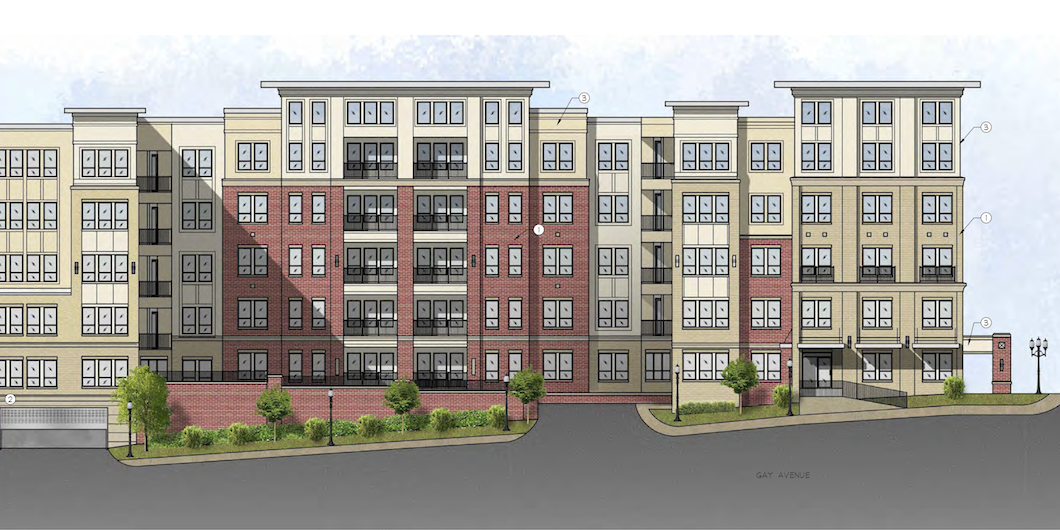 A mid-rise development at the edge of Clayton may add to that city’s mounting residential boom. The $55M, 229-unit Vanguard Clayton development is set to be built on land once envisioned as part of a massive mixed-used project anchored by Brown Shoe Company.

The property at 8500 Maryland Avenue is under contract by Covington Realty Partners. Brown Shoe sold the property in 1994, buying it back in 2007 from the Sarah Lee Corporation, which moved its offices to suburban Chicago. The larger project was shelved in 2008 amid the broad economic downtown. It was planned to have 1.25M sf of office space, 300 condos, a hotel and 70,000sf of retail space on 12 acres.

While the big project has long been dead, the fate of 8400 and 8500 Maryland remained uncertain. The mid-rise Vanguard development would answer part of that question and transform the commercial site on the south side of Maryland Avenue near Interstate 170. 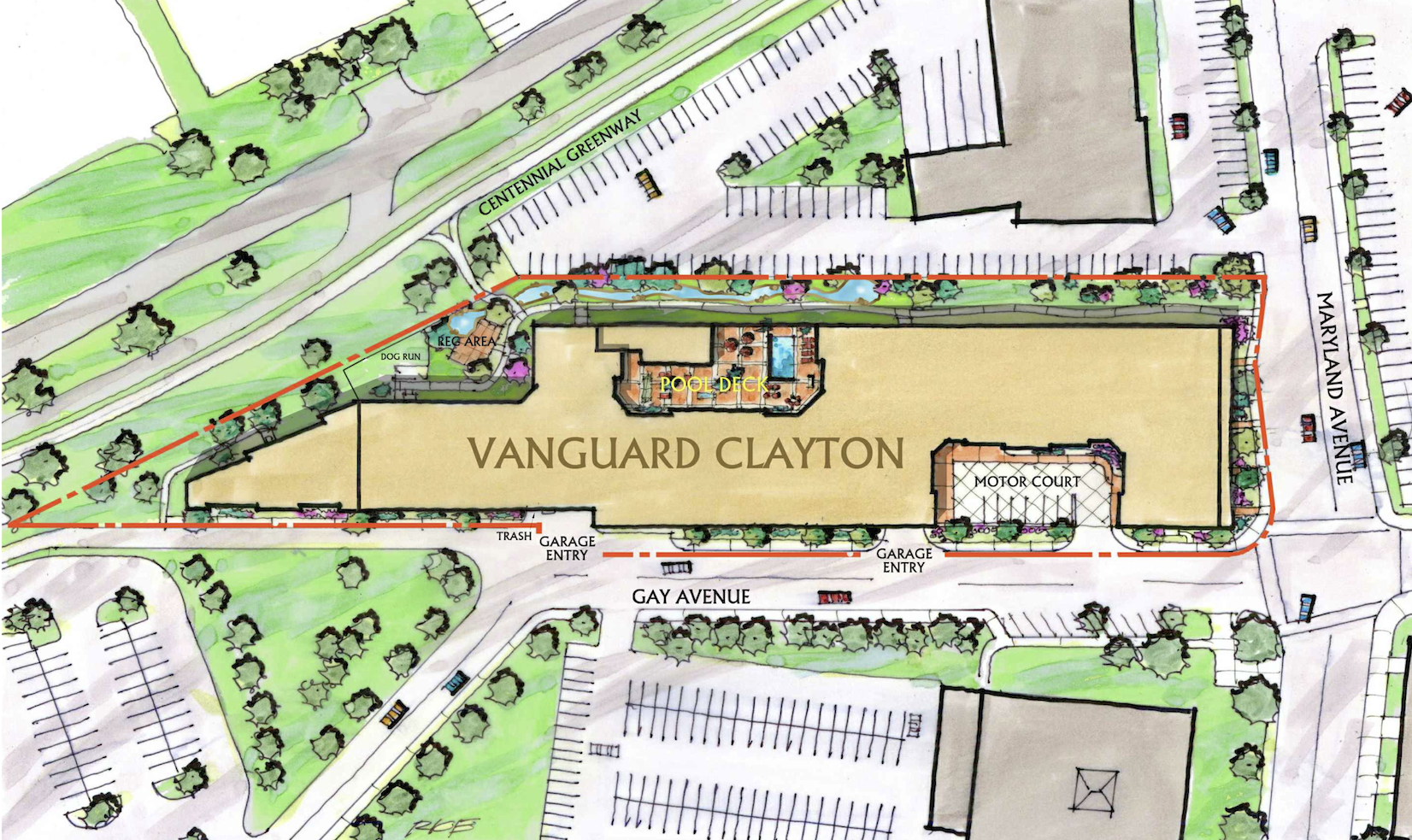 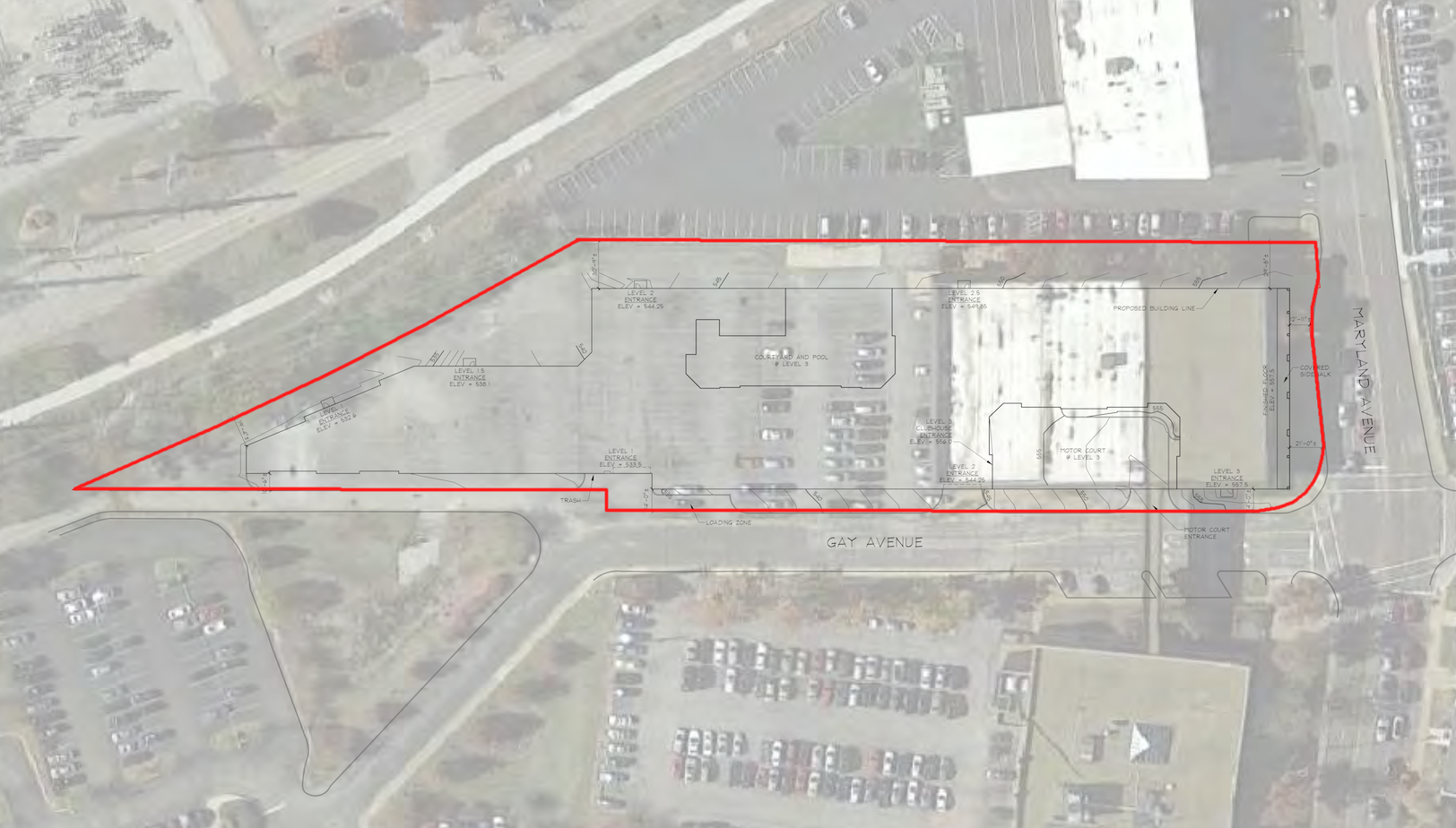 Including the proposed Montgomery Tower, and The Crossing, 795 apartment units are planned to be under construction soon in Clayton. A proposal to convert the Seven-Up building to 100 apartments, and another to construct 36 town homes at the site of the Maryland School, could further add to residential development.

For the foreseeable future, Brown Shoe appears happy to stay put at 8300 Maryland. As recently as last year, Brown Shoe made significant investments in its headquarters building, renovating offices and updating various systems. In 2007, the company was said to be considering moving its headquarters to Dallas, or Madison, WI. The City of St. Louis offered sites for a new headquarters as well, before Brown Shoe announced it would stay in Clayton.

The Vanguard Clayton will offer 141 1br, 74 2br, and 14 3br units. Apartments will range from 650 to 1,587sf. The building will reach 5-6 stories above a two-level, 355-space parking garage, according to documents revised this month. Planned amenities include electric car charging stations, a salt water pool, wine storage, and a dog park. Approximately 5,000sf of retail space is planned fronting Maryland Avenue. The project is being designed by the VE Design Group. 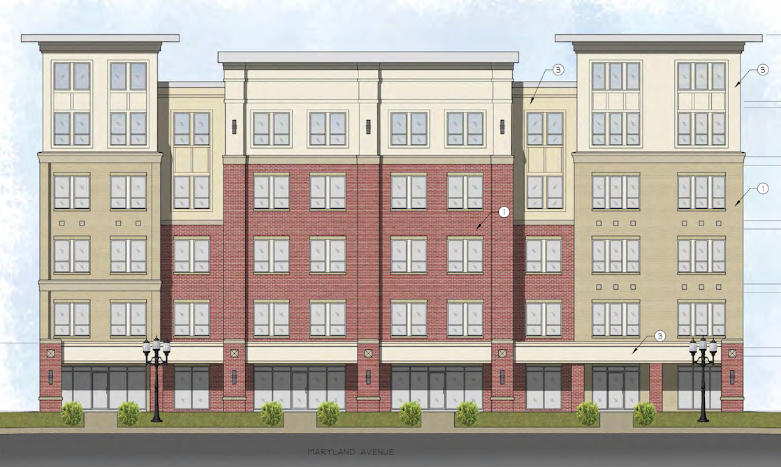 While the project touts access to the adjacent Centennial Greenway multipurpose trail as an amenity, plans show just 35 bicycle racks in the garage, and 35 elsewhere. For comparison, the proposed 316-unit Montgomery Tower in downtown Clayton is planning 361 spaces for cars, and 344 garage bicycle spaces.

Covington recently cancelled a proposed high-rise in St. Louis City’s Central West End when the alderman and neighborhood development committee rejected a request for property tax abatement. That 14-story, 200-unit project would have replaced the Optimist International headquarters at the corner of Taylor and Lindell Boulevard.

Nearer to Clayton, Covington developed the Vanguard Crossing apartments along the Centennial Greenway in University City, MO, just north of 8500 Maryland. That development is currently for sale, according to the St. Louis Post-Dispatch. Online listings show apartments there listed for up to $1,585/1br, $2,745/2br, and $3,070/3br.