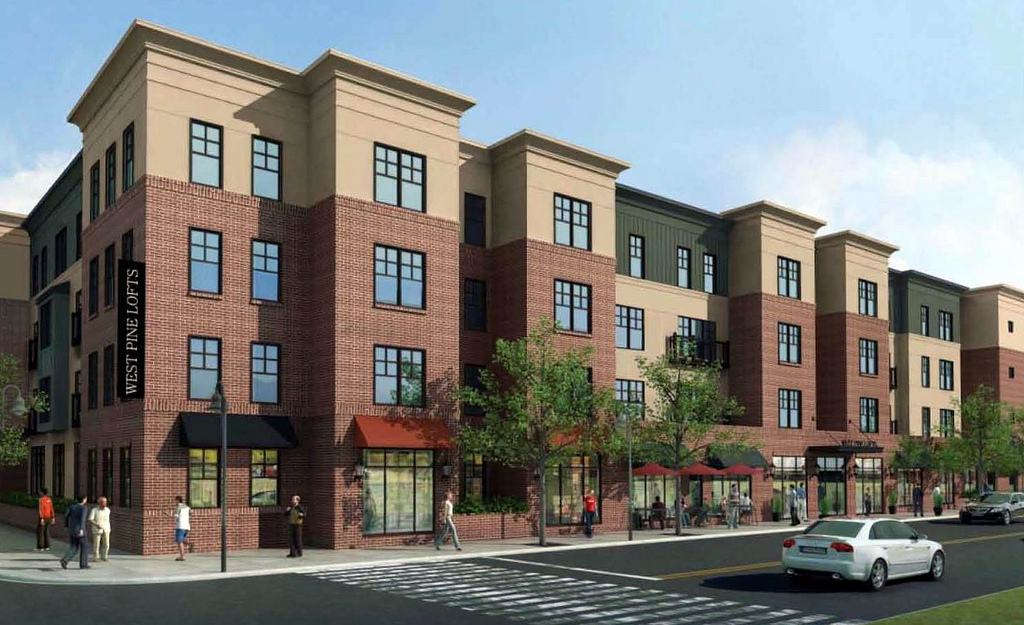 There’s a boom underway in the central corridor of the City of St. Louis. From a $1B medical center expansion, new Mercedes dealership, and retail to the coming IKEA, the area is hot. The eight residential and mixed-use projects below have either recently been completed, are under construction, or have been proposed in the central corridor. While virtually nothing new was built for years, the most recent projects announced have be lauded by developers and politicians, and generally welcomed by all as positive signs of growth for a city long in decline. As additional projects have been proposed, more and more people are asking if St. Louis is stuck in a rut of faux historic, faux brick architecture. Every story of a new project on nextSTL seems to lead to this discussion.

With any luck, the aesthetic bar bottomed out with Aventura, a project that prompted myself and others to organize an event titled “Building Better Infill” to explore why something like that is built, and how to interpret the design of infill projects. More than 150 people attended that event. St. Louis certainly has an aesthetic, book-ended by warehouses such as the former Ford Motor Company building, now West End Lofts, and the single-family brick home. However, new infill doesn’t seem to speak to either, or anything in between, particularly well.

So which is your favorite and least favorite project design above and why? Are the projects good for St. Louis, but missed opportunities? When will St. Louis see contemporary infill and what, if anything, stands in the way?