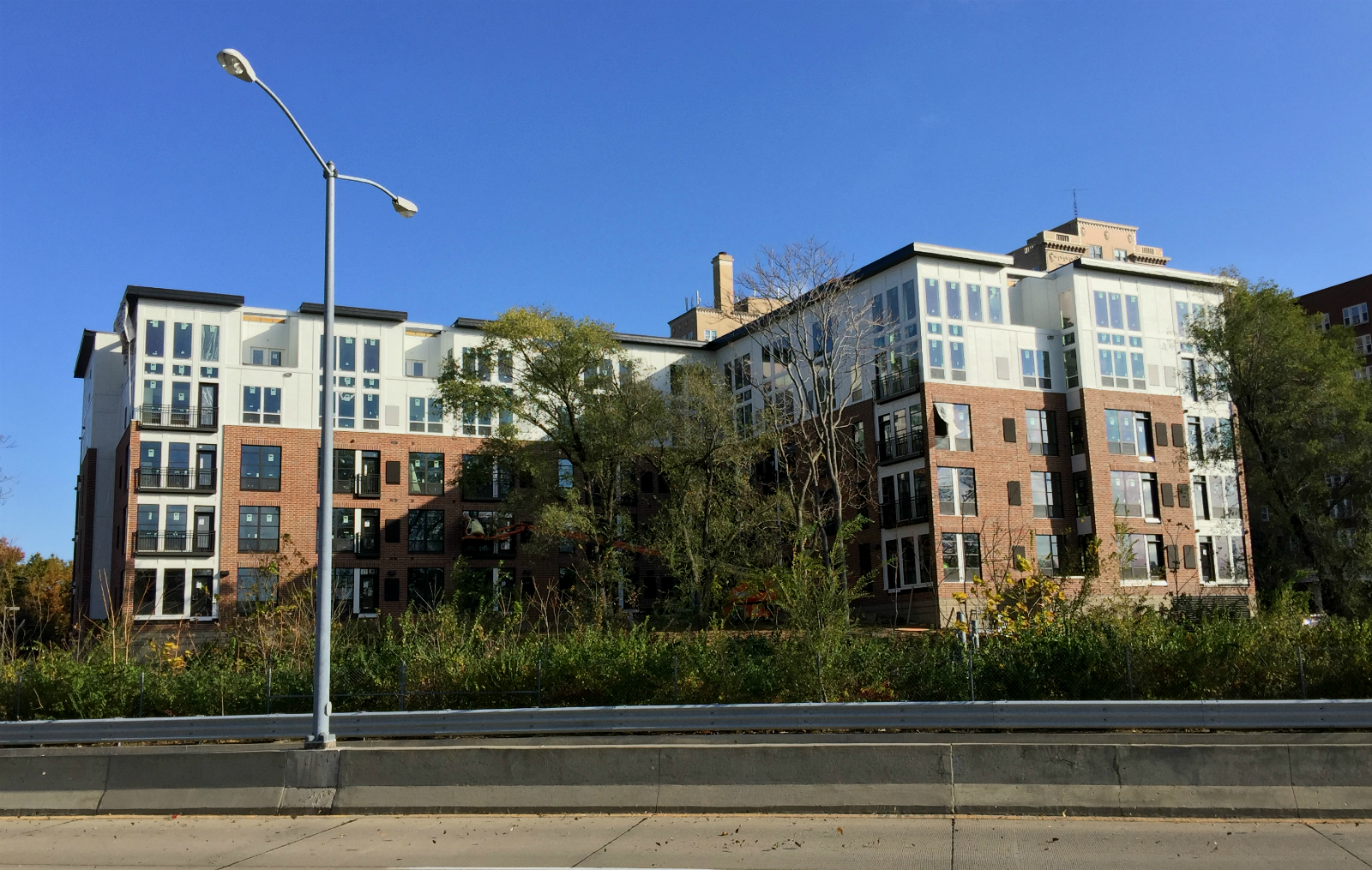 After a five-year delay, Detroit developer Village Green is preparing to break ground this October on a planned $12 million, six-story, 88-unit apartment building above structured parking at 245 Union Boulevard. The residential infill will join the Congress, Senate and Westmoreland (formerly the Gatesworth) as part of West End City Apartments.

A building permit application was filed June 25. Sources state that the construction will also include a new, larger pool for residents and gym members as well as a dedicated bicycle storage area. Units will add a luxury option, having high ceilings, wood floors, granite countertops and stainless appliances.

{although less detailed, this rendering may depict the most recent design iteration} 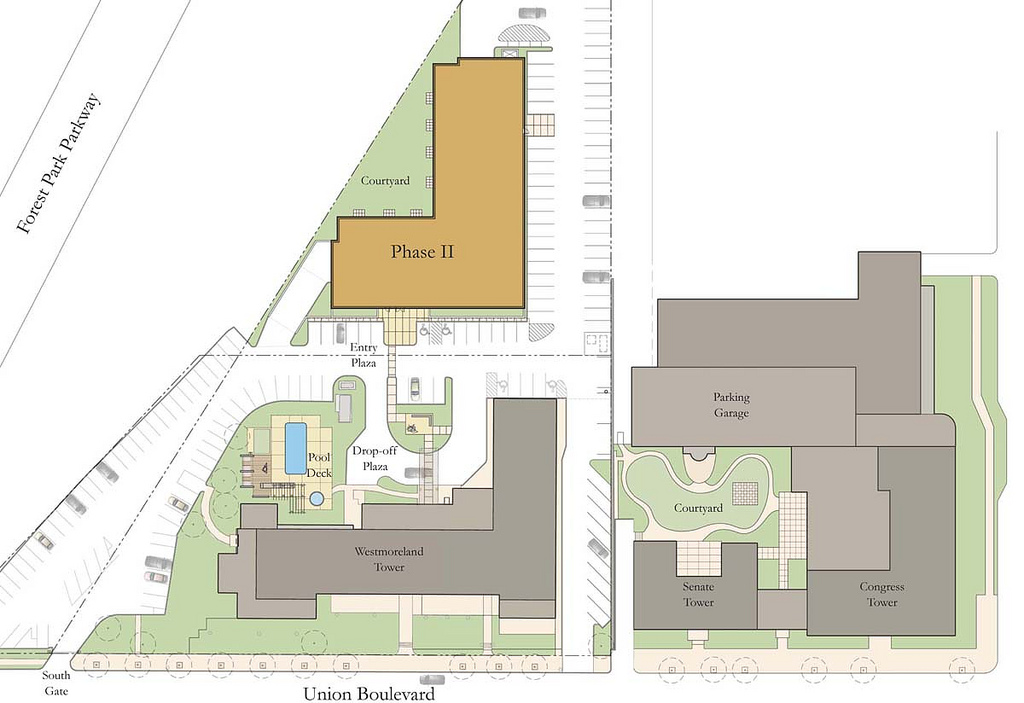 {245 Union will be built behind existing West End City apartments} 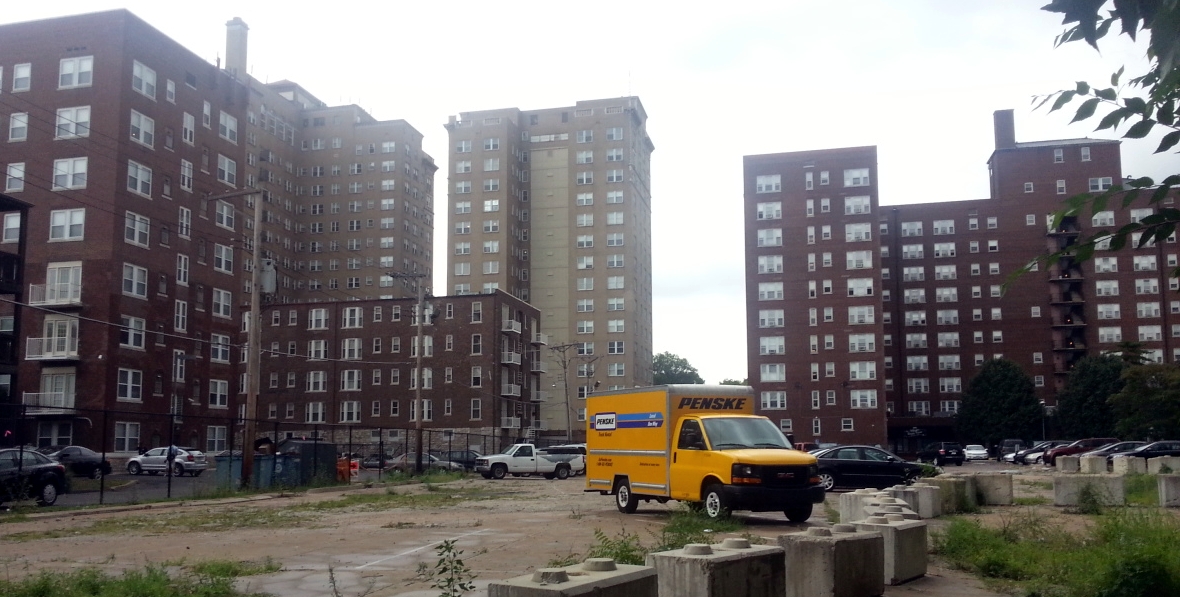 This new residential building will bring added density to a block that is arguably already one of the city’s most dense. Bounded by Union, Pershing and the MetroLink right-of-way, the block is comprised entirely of multi-family structures ranging from three to seventeen stories in height and was built up around streetcar lines.

This new building will be constructed on a 1.3-acre site behind the Westmoreland, at the rear of the lot. The site is currently a surface parking lot which had replaced a one-level parking garage demolished in 2009. South-facing units in the building will have views over Forest Park.

The Congress was built in 1926 as a residential hotel and was home base for Charles Lindbergh on his return to St. Louis the following year. The smaller Senate Hotel was built in 1925. A newer lobby joining the towers was rebuilt in 2006 as part of an $8 million renovation.

Also this October, The Kitchen Sink will open on the ground floor of the Westmoreland in the space recently vacated by Rhine Haus Eatery & Pub. 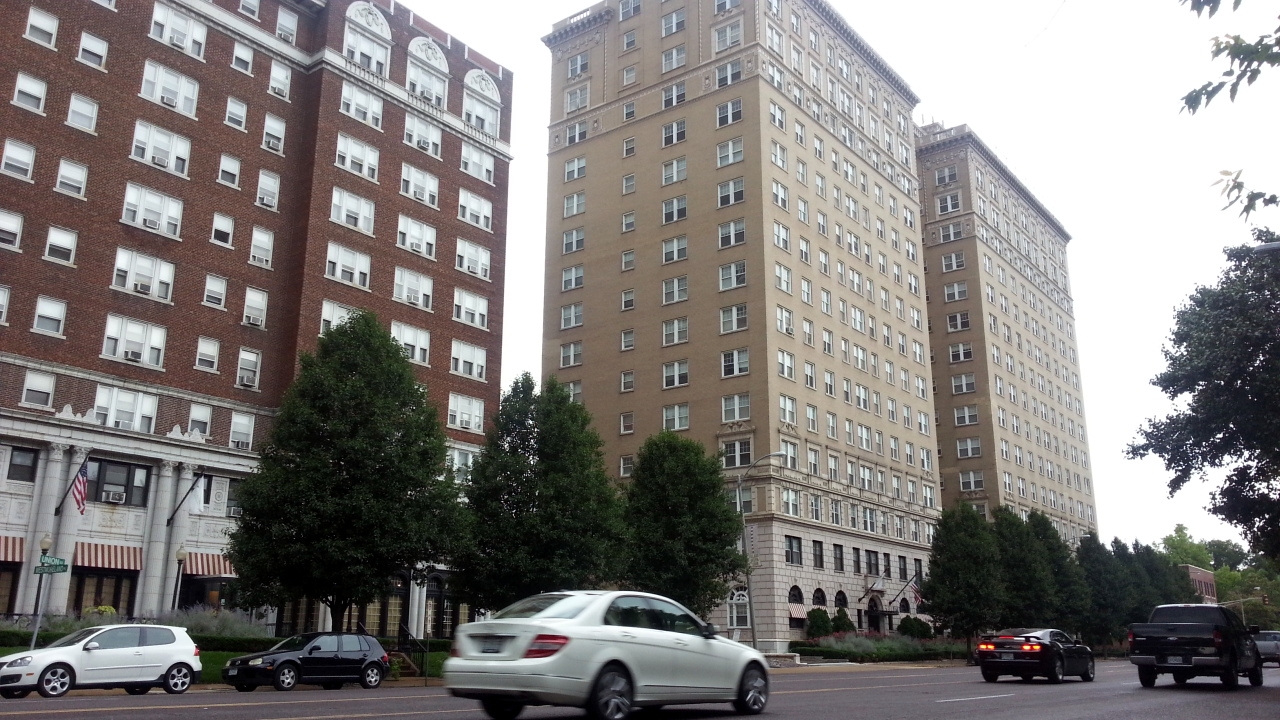