Three years ago I examined an area in Southampton where houses on wide lots weren’t pulling their weight compared to those on narrower lots nearby. Now that tax abatements are ending in the Botanical Heights development, we can examine how a similar situation has played out there.

Nextstl – The Cost of a Cul-De-Sac

On the 4000 block of Blaine, houses on the south side of the street are on 35 foot wide lots while those on the north side are on 55 foot lots. They are served by the same level of infrastructure. Do the properties on the wider lots pay an amount of taxes commensurate with the amount of infrastructure provided? 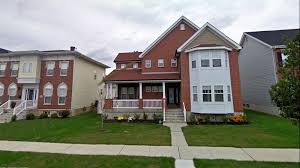 The wide lot households get 57% more infrastructure serving them, but aren’t making up for it with commensurate value. With fewer households than had all the lots been 35′ wide, each has more infrastructure to take care of. It’s akin to being house poor but at the community level: too much burden relative to the productivity of the community. History has repeated itself. Will we learn this time?