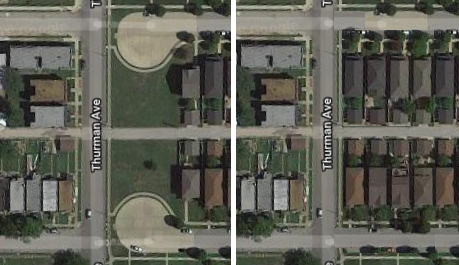 Like so many parts of St. Louis McRee Town was devastated by the government-encouraged spreading out of our cities. The plowing through of I-44 in the late 1960s split the neighborhood off from Shaw to the south. With the blighting effect of the highway and all the other forces at work undermining our cities, it spiraled down to the point that an urban renewal clear cutting was implemented last decade. 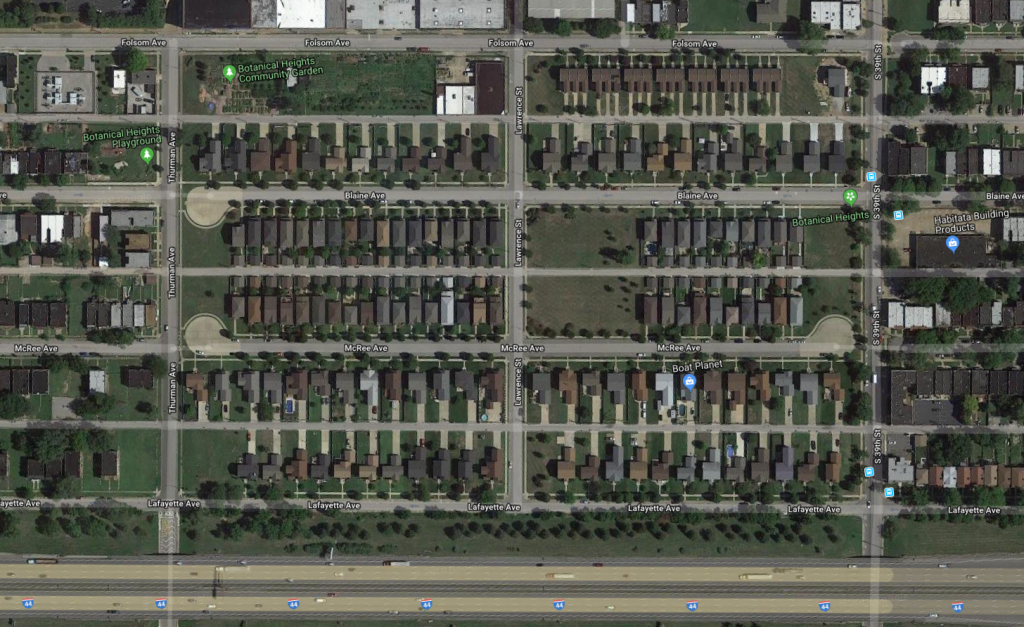 Renamed Botanical Heights, blocks of new houses were built. They mimicked the suburban development pattern’s hierarchical street network by limiting access to its streets. Since the land was cleared they could take it a step beyond the usual Schoemehl pots, concrete balls, or fancy gates that are used to block streets elsewhere in St. Louis with the addition of cul-de-sacs. #Healthegrid

Nextstl – Street not Thru: The Cul-De-Sacking of St. Louis

{Remembered the street blockage and pavement for the cul-de-sac, forgot the curb cuts. Google Streetview}

Since the 10-year tax abatements have started to end in the development, we can examine the opportunity costs of the decision to include the cul-de-sacs. 4058 Blaine joined the tax rolls last year and was charged $3,680.85 in property taxes. The land next to the cul-de-sacs is tax exempt. Homeowners pay for their maintenance and insurance through the Botanical Heights Homeowners Association. Each of the three cul-de-sacs prevents three houses from being built for a total of $33,127 in potential property tax receipts forgone as is the other economic, cultural, etc activity of more households living there. 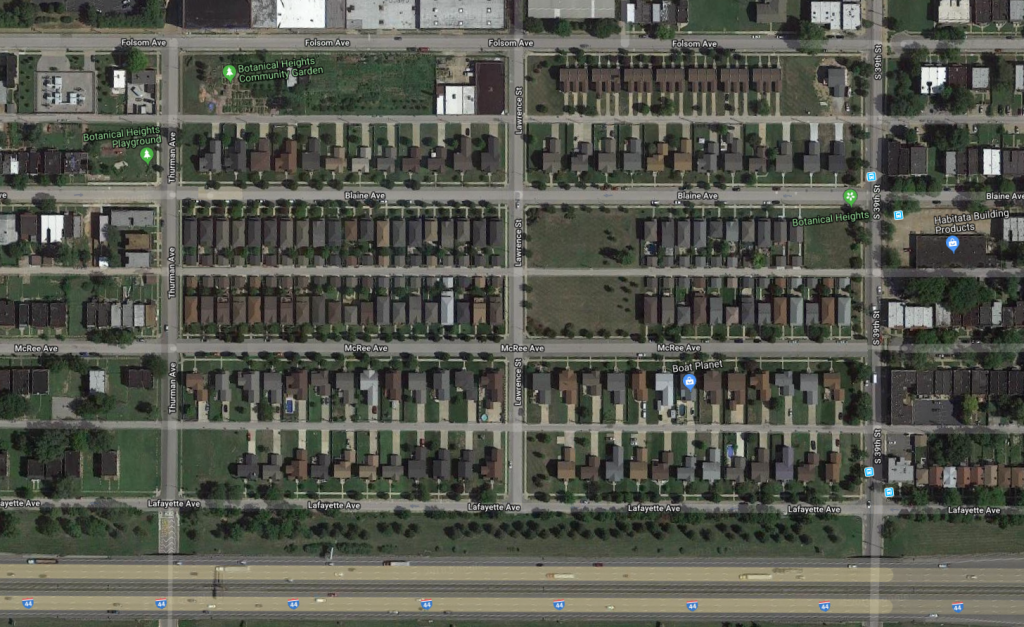 {What could be had land productivity and connectivity been prioritized.}

The infrastructure liabilities are present whether that land is improved or not. Property owners on the block aren’t charged a special assessment for the cost of the extra ~2500 sq feet pavement for the cul-de-sac, street lights, water main, sewer, electrical wire and poles, etc thus burdening the whole city. Low productivity land uses like this have to be made up for elsewhere, contributing to our budgetary woes.

Small decisions like the inclusion of these cul-de-sacs amount to death by a thousand cuts, making us house poor and less resilient.