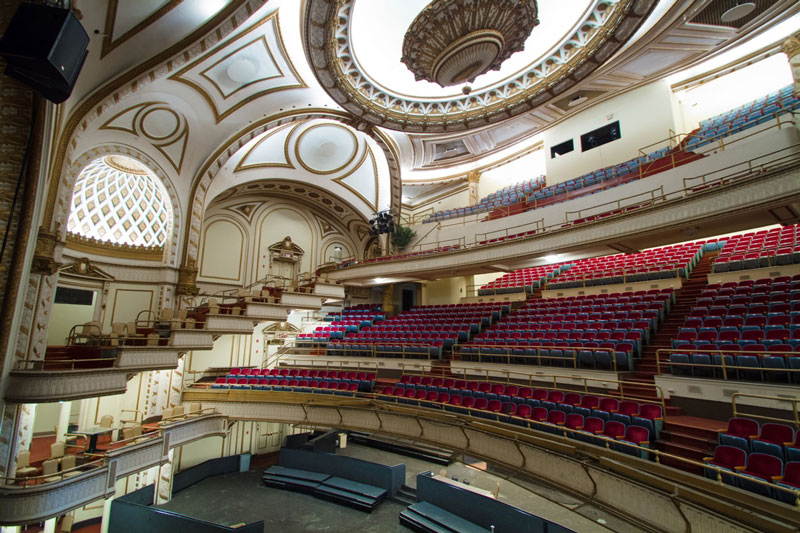 While the Jubilee World website offers a lot of information, it’s a little unclear exactly who Jubilee World is, and what its plans for the Orpheaum Theatre may be. Its website lists 11 individuals under “Our Worldwide Leadership”, but does not provide any information about them. Dozens of countries around the world are listed on the organization’s “network” page.

An A. Merril Smoak Jr. is listed as Jubilee World president. A quick search finds that Smoak Jr. is an associate pastor of music and worship at Trinity Church in Livermore, California. He is also a professor and the dean of Olivet University’s Jubilee College of Music in San Francisco.

The Orpheum Theater was most recently owned by UrbanStreet, a Chicago developer that bought a package of Roberts Brothers owned properties in 2012. The theater came along with the Roberts Tower, Mayfair Hotel, and the Lofts at OPOP (AKA, the Board of Education building). The theater was renovated and the Orpheum name restored under the Roberts’ ownership. 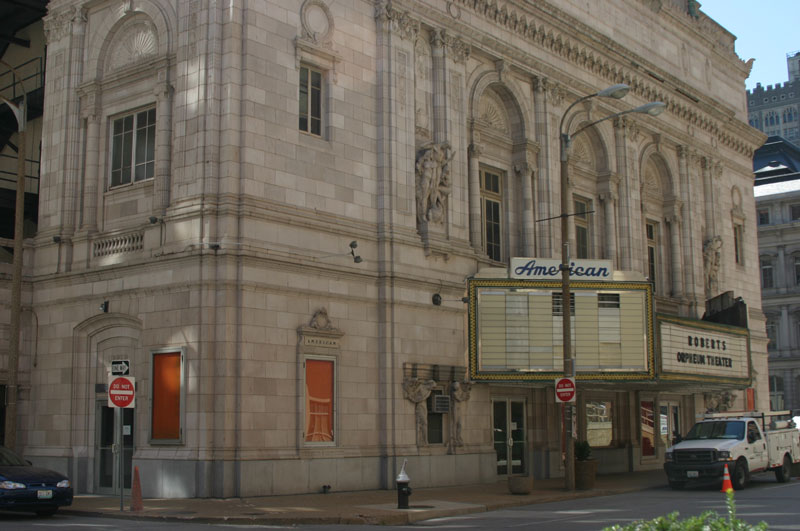 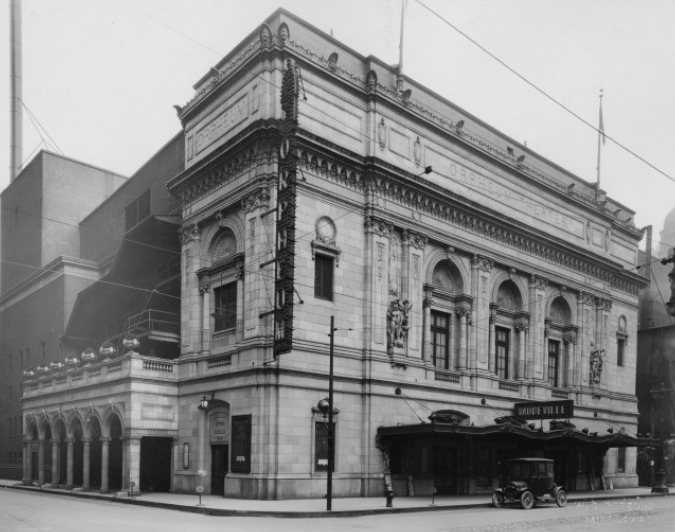 The tower and Mayfair Hotel were the prizes. Once slated for 55 luxury condos but never completed, the tower was finished as 132 apartments. Sauce on the Side now occupies the plaza level retail space. The Mayfair underwent a complete restoration and reopened as a Magnolia Hotel in 2014.

UrbanStreet’s focus then turned to the vacant Crestwood Mall. The developer paid just $3.6M dollars for the 47-acre site in suburban St. Louis. A $104M redevelopment plan received a total of $25M in tax incentives. UrbanStreet then sold its row of former Robert’s properties along Locust Street in downtown to TWG Development of Indianapolis. That group has plans for market-rate apartments. 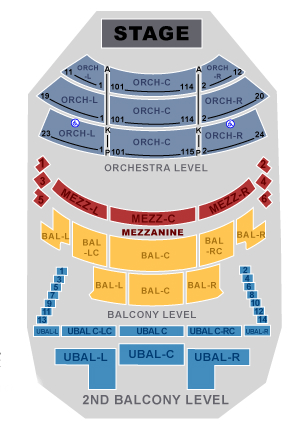 The Beaux-Arts style Orpheum was completed in 1917 at a cost of $500,000. It opened as a vaudeville house and was later sold to Warner Brothers in 1930, operating as a movie theater until the 1960s. After a restoration in the 1980s, it reopened as the American Theater and was listed on the National Register of Historic Places in 1985.

The 1,500-seat theater has played host to some of the biggest names in music and theater, including Pearl Jam, Phish, the Red Hot Chili Peppers, Dave Mathew Band, Cary Grant, Mae West, and Henry Fonda. Most recently the theater was used for private parties and corporate events.

A member of the Urban St. Louis forum received the following from Jubilee World in response to an email inquiry regarding future plans for the theater (2/11/2017):

“Thank you for your interest. Yes, that is a good question everyone is wondering about this since our organization is Christian based, but we are not a church. However, we are very community orientated and history preserving. We want to preserve the Orpheum name and the wonderful history. We will have a 100th Anniversary event for the public to be announced as well as concerts. Also, we are visiting and structuring the plan of public events celebrating the St. Louis culture as well as tasteful comedy. The theater will be a performing and arts venue. Although Jubilee World will utilize the space for performing arts and students, we want to be collaborative with the community.
News will post our vision shortly.” 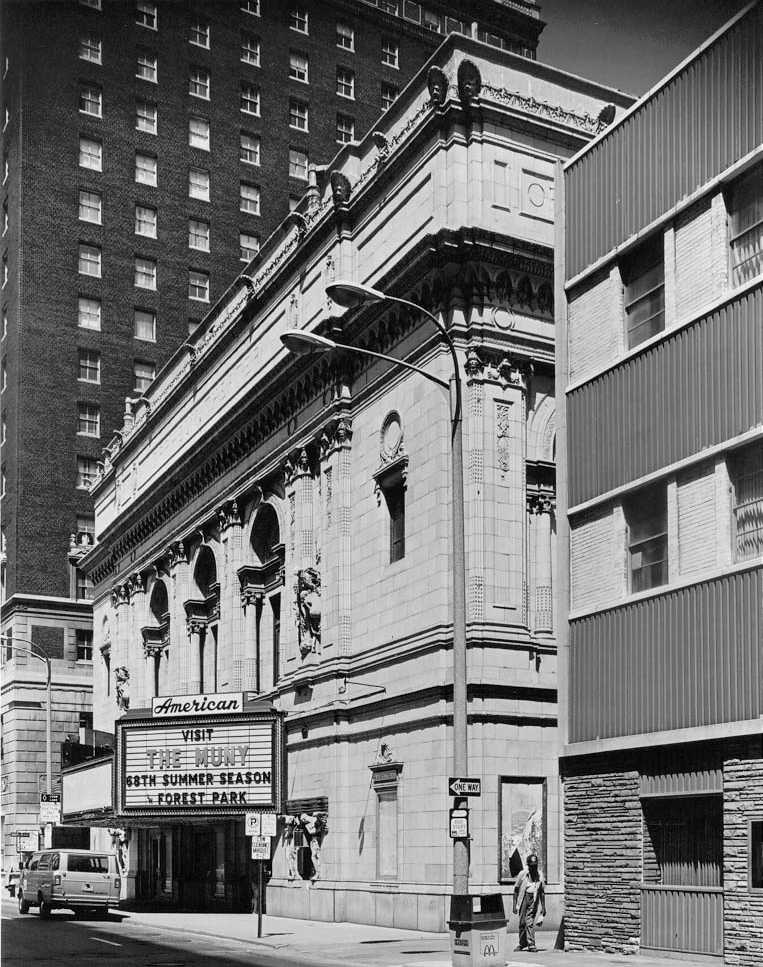 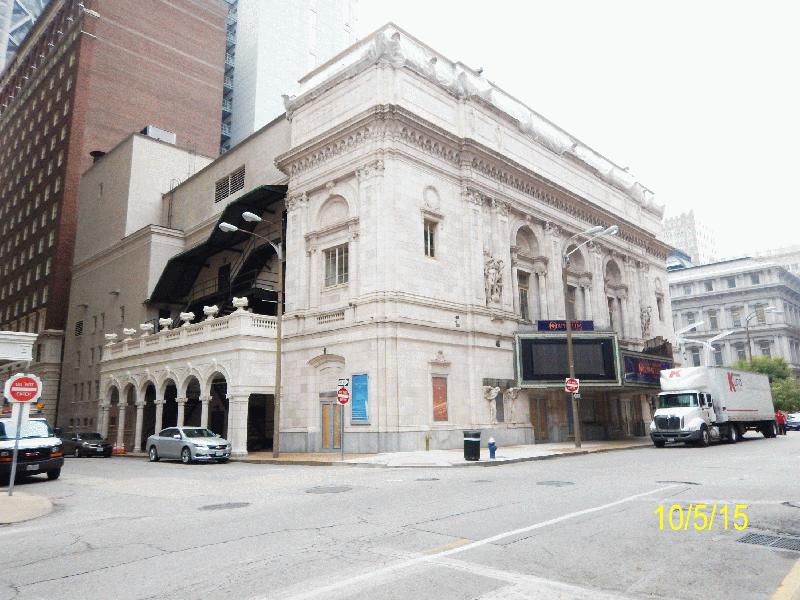 Mission statement and organization history from Jubilee World:
Jubilee is a fellowship comprised of a globally diverse and eclectic body of musicians, dancers, actors, and members purposed to glorify God through the sacrifices of praise and worship.

Established in Los Angeles, CA, in 2002 as “Jubilee Mission” by a group of university students, the ministry began with a vision to form a non-denominational fellowship of Christian musicians to aid in increasing the presence and quality of Gospel music on campuses. Through partnerships with local fellowships and Christian organizations, the ministry began its growth, gradually extending its influence into other fields of the performing arts, as well as media and education.

In 2007, Jubilee Mission changed its name to Jubilee World to represent the organization’s diverse work in the field, which includes several
established ministries such as the Jubilee College of Music, BREATHE Music & Dance, (est. 2002), BREATHEcast (est. 2004), the Jubilee Chorus and the Jubilee Symphony Orchestra (est. 2007).

That same year, Jubilee also began to form a Senior Advisory Board to help broaden and strengthen the ministry’s goals and strategies. Jubilee exists to take up the yoke of the Lord, proclaiming to all peoples a spiritual trumpet call of hope, healing, freedom and rest in Christ through the ministry of the performing arts and mass media.

From Jubilee World regarding the former St. Mary’s Orphanage:
In 2015, Jubilee World acquired the former St. Mary’s Orphanage building at 5341 Emerson Ave. in St. Louis. The 164,000 square feet facility has since been getting a major facelift with constant renovations. The main chapel, offices, dormitories and bathrooms have all been since remodeled. Jubilee plans to finish the entire facility in 2 years to open up to the community once again.
Construction began in the summer of 1899 and was dedicated on November of 1900 having 225 girls and 13 sisters in residence. This facility has been a community landmark and staple for over 100 years.

Constructed to be completely self-sufficient, the facility featured a large olympic sized swimming pool, main chapel, cafeteria, 2 large gyms, boiler house, offices, baking oven, laundry plant, institutional kitchen and cold storage rooms for the over 200 residence. It also had classrooms, dormitories, playrooms, work rooms, vegetable gardens and chicken coops.
The facility and main chapel once again came to life with Jubilee’s 15th Anniversary Conference, concert and events for the community. The facility had not been utilized or in top working order for decades.

Jubilee and community leaders have a vision of rebuilding the campus to it’s former glory serving the neighborhood residence once again.