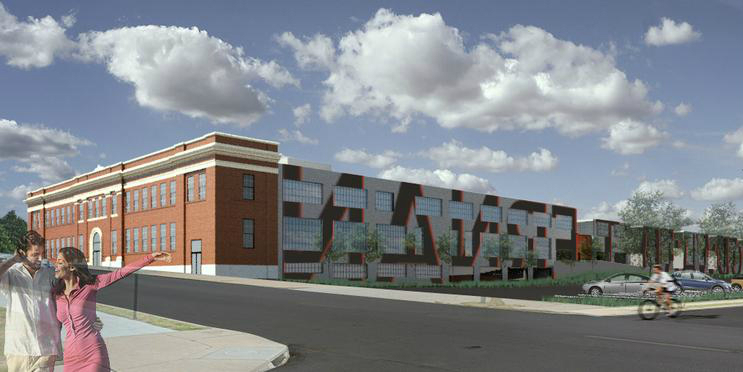 Long on the market and at one time planned to be the new home for the St. Louis Language Immersion School, the expansive Suburban Industrial Packaging property at Tower Grove and Vandeventer Avenues in Forest Park Southeast is set to be transformed into the Woodward Lofts with 160 apartments and ground floor retail space.

According to the St. Louis Post-Dispatch, the developer will seek approximately $10M in state and federal historic tax credits and a 10-year real estate tax abatement from the city for the $30M project. The 250K sf building at 1519 Tower Grove Avenue (map) was built as the Woodward & Tiernan Printing Company, completed in 1926 and designed St. Louis firm Klipstein & Rathmann. Its listing on the National Register of Historic Places dates to 2015 and was sought as the building was considered for the language immersion school.

A rendering of the design by Trivers Associates show restored facade facing Tower Grove Avenue and limited surface parking, with access at at-grand indoor parking where loading docks exist today. The conversion would include close to 200 indoor parking space for residents and parking for retail patrons. The project aims to commence in spring 2017 and be completed in 12-14 months. The developer, Pier Property Group, has not yet closed on its purchase of the building. 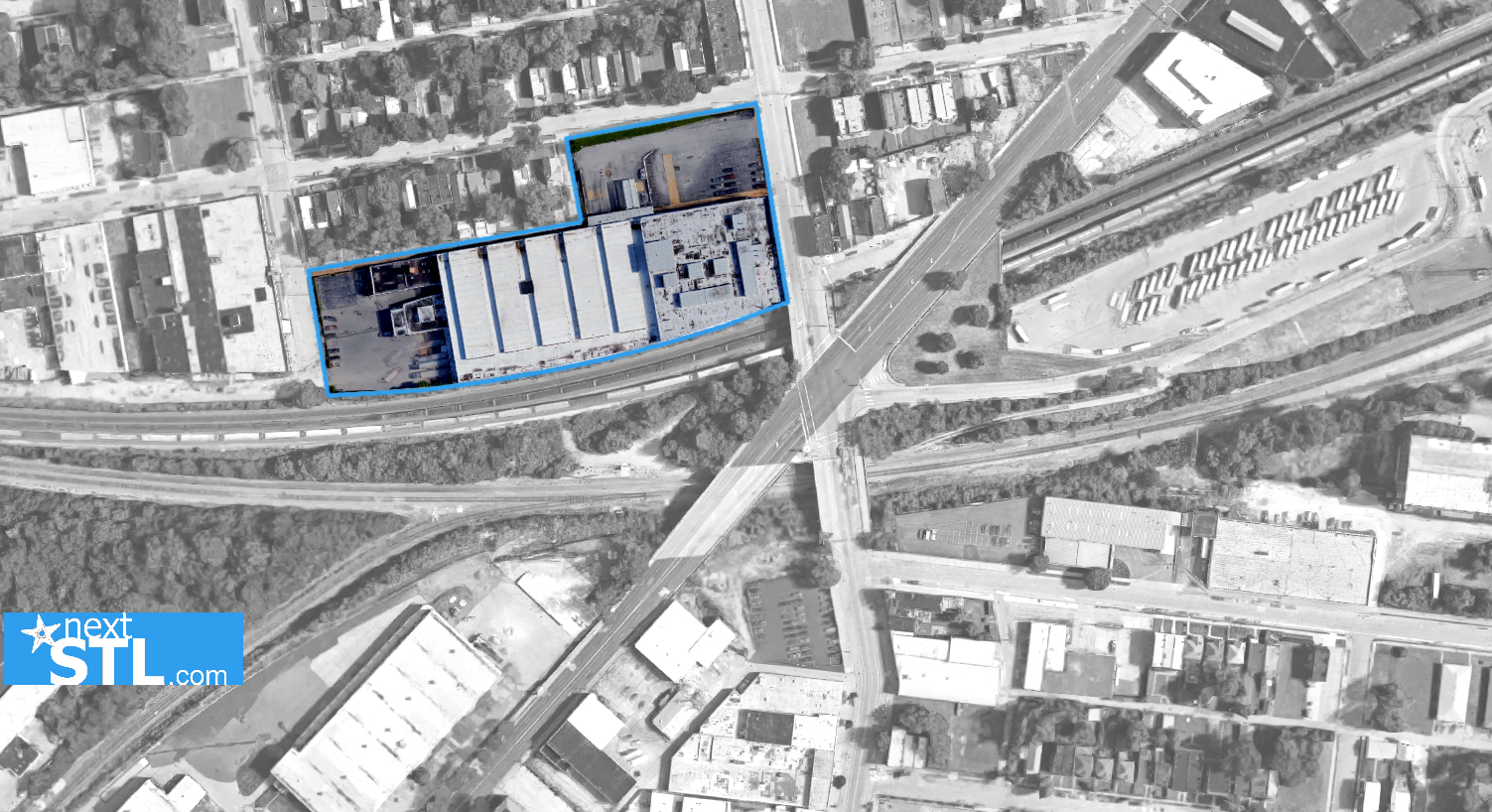 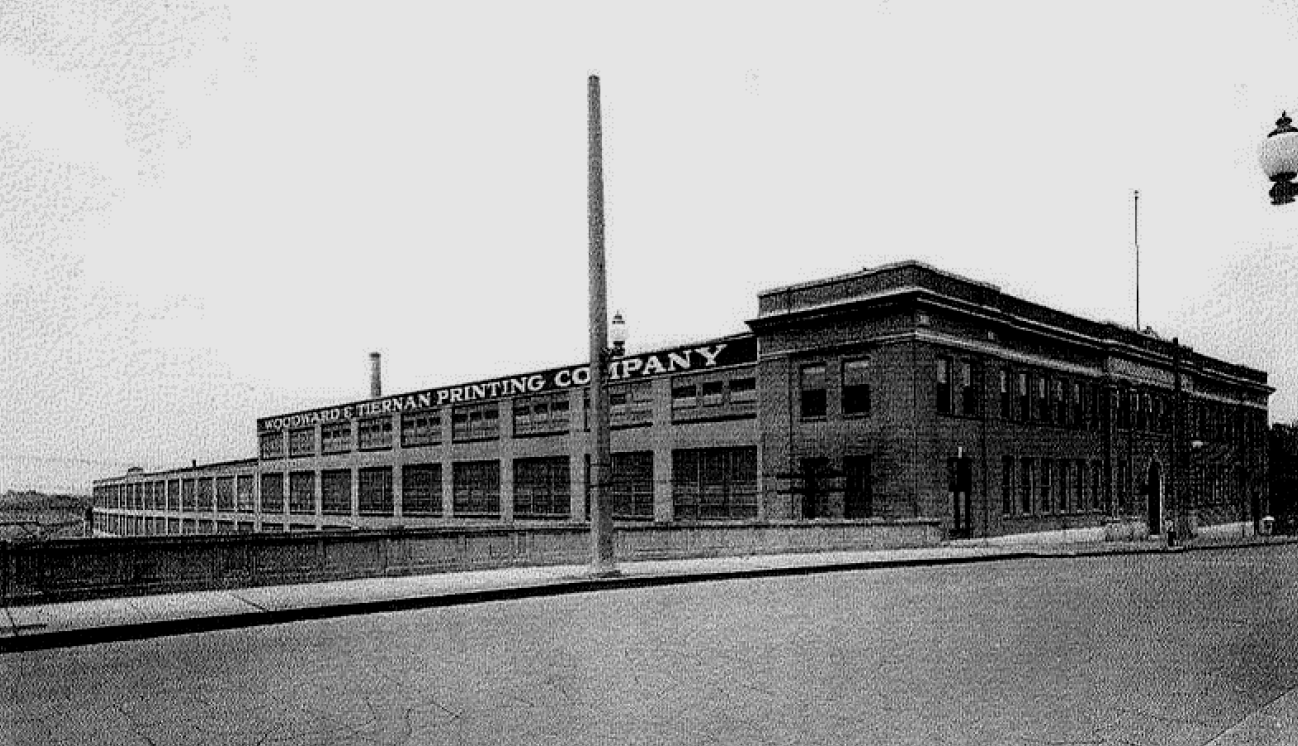 From the Preservation Research Office: The factory building retains elements that defined it as a modern daylight factory: lighting from large windows and roof lighting, regular column spacing and avoidance of permanent partitions. When company president L.B. Woodward deemed the new factory “an ultimate economy” in 1927, is statement referred to the qualities that make the building exemplify an industrial building type that advanced the production of his and many other companies nationwide.

The industrial building is notable as well for its curved south facade, which follows the bend of adjacent railroad tracks. The lines are heavily used and the project plans to mitigate the noise as much as possible. The developer told the Post-Dispatch they suspect some people will choose to live next to the lines for trainspotting. Interior open air courtyards are planned allow light and air into private outdoor spaces.

Just across the tracks and Vandeventer Avenue, urban developer UIC has been transforming the Botanical Heights neighborhood. The company announced in September that it would redevelop the Liggett-Myers Tobacco Building at 4140 Park Avenue (map) as its new headquarters and co-working space. The portion of that sprawling complex being transformed by UIC totals 100K sf.

Also in The Grove, the big Green Street and Koman Group project, Chotueau’s Grove now has a permit to begin construction of the parking garage. That project is set to add 270 apartments to the neighborhood, as well as retail. The planned 615 parking spaces would serve tenants, retail visitors, and serve as a public parking garage for the eastern end of the district. At Manchester and Chouteau, across from Chouteau’s Grove, a 7-story contemporary infill project was just selected by the city of St. Louis. That project would add 12,500sf of street level retail, 45 parking spaces, 8,000sf of office space, and approximately 30 residential units across seven stories.

Farther west in The Grove, Lafser & Associates is restoring an historic building at 4398 Chouteau as its new office, with 2nd floor apartments. South of Manchester, market-rate homes by UIC are under construction at Boyle and Norfolk, and 50 affordable apartments and townhomes designed by Trivers are planned. 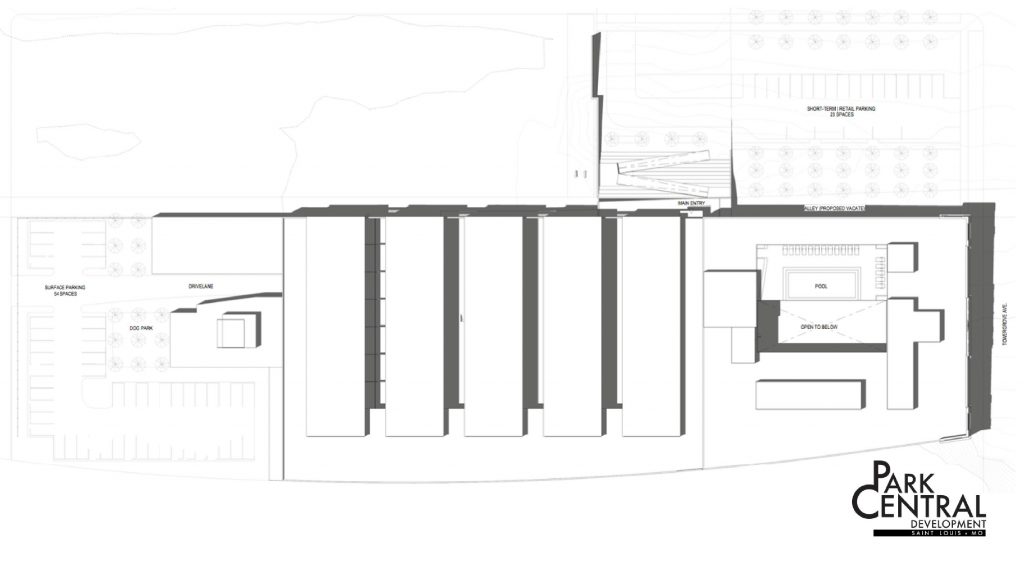 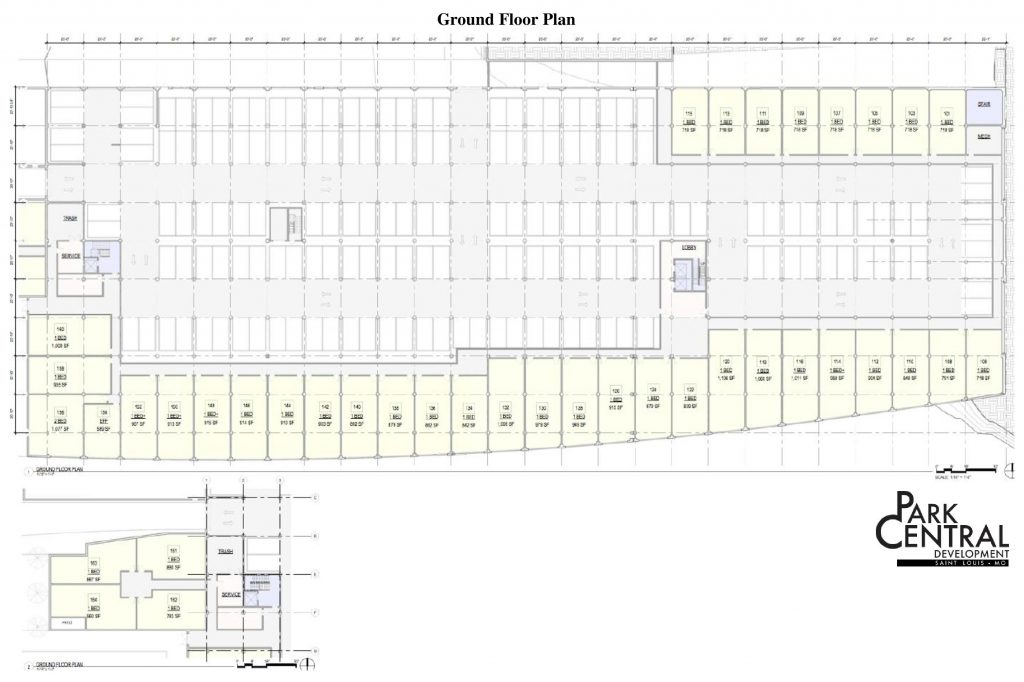 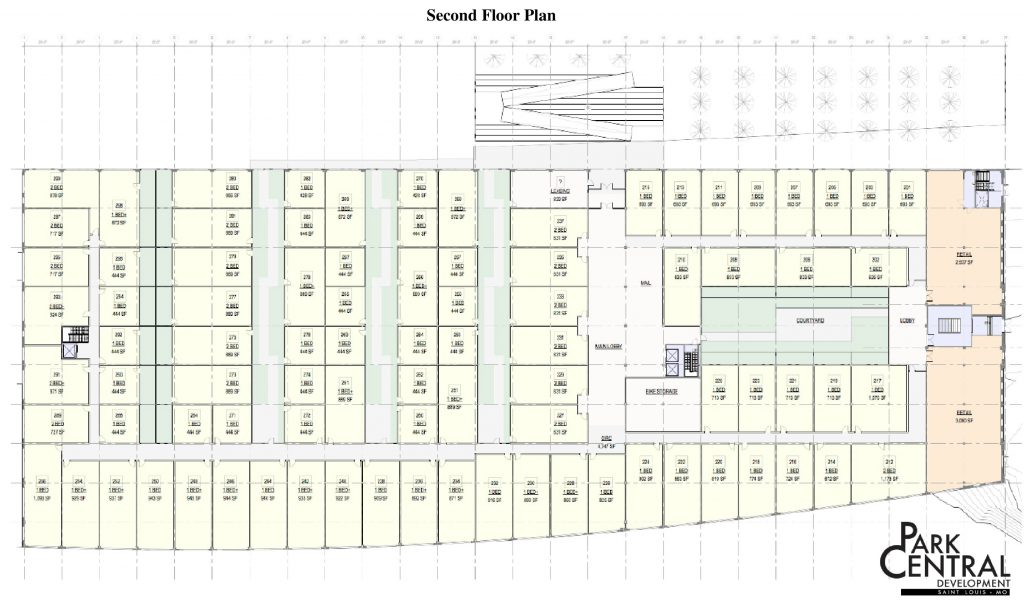 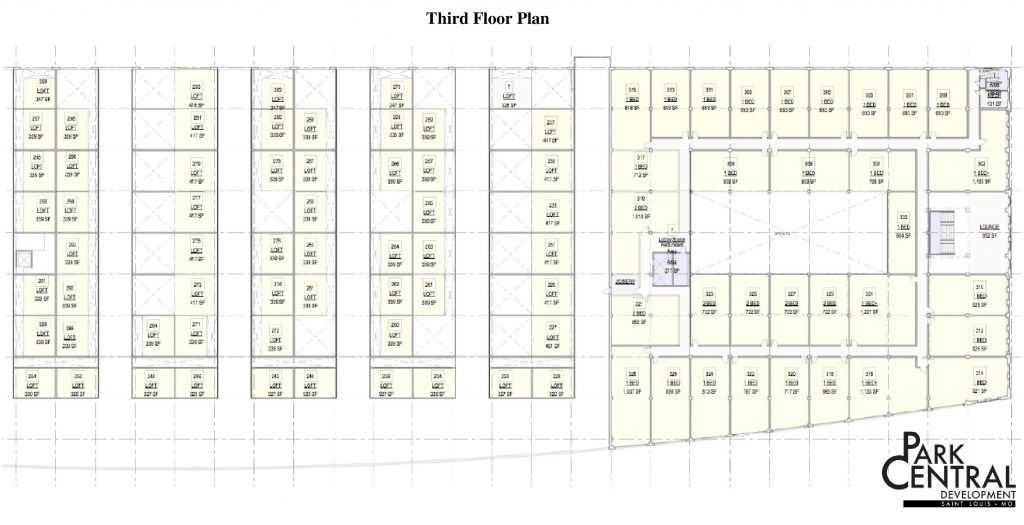