UIC, the design-build company best known for its transformation of the Botanical Heights, is making a big move, literally. The company that began on the first floor of a corner building at McRee and Tower Grove Avenues, then moved to a larger restored space half a block north, is set to occupy a portion of the sprawling Liggett-Myers Tobacco building at 4140 Park Avenue.

The company posted this short message on its Facebook page: UIC is on the move… literally! We’re excited to announce our new development of the Liggett-Myers Tobacco building as our new headquarters (on the 4th floor) with space for other creatives and artist-types. We’ve got a few lined up already, but still have full and partial floors available.

The portion of the complex being developed totals 110,000sf over four floors and a penthouse. Planned are shared amenity spaces such as a roof deck, lounge, conference center, and fitness facility.

In addition to contemporary single-family homes in Botanical Heights, UIC transformed a long vacant gas station and adjacent home into the award-winning Olio and Elaia. The company has also designed a number of custom homes, and its most recent multi-family project on Detonty is well underway. UIC has also delved into urbansim with its Vandegrove vision, and an exploration of population trends and density in St. Louis (a collaborative project with this website).

The Liggett & Myers Tobacco Company has a long and interesting history. The company is still in existence today as the Liggett Group, with headquarters in Durham, NC. From Wikipedia: John Edmund Liggett’s grandfather, Christopher Foulks, was the owner of a snuff mill in New Egypt, New Jersey. During the War of 1812 the mill was razed by British soldiers. Foulks moved west around 1820 and opened a new snuff shop in Belleville, Illinois, in 1822. In 1833 he moved his tobacco business to St. Louis. 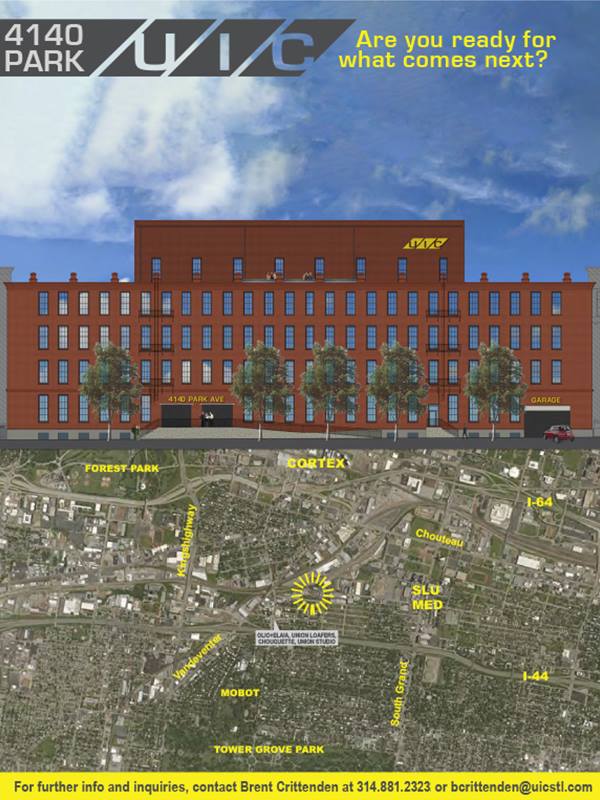 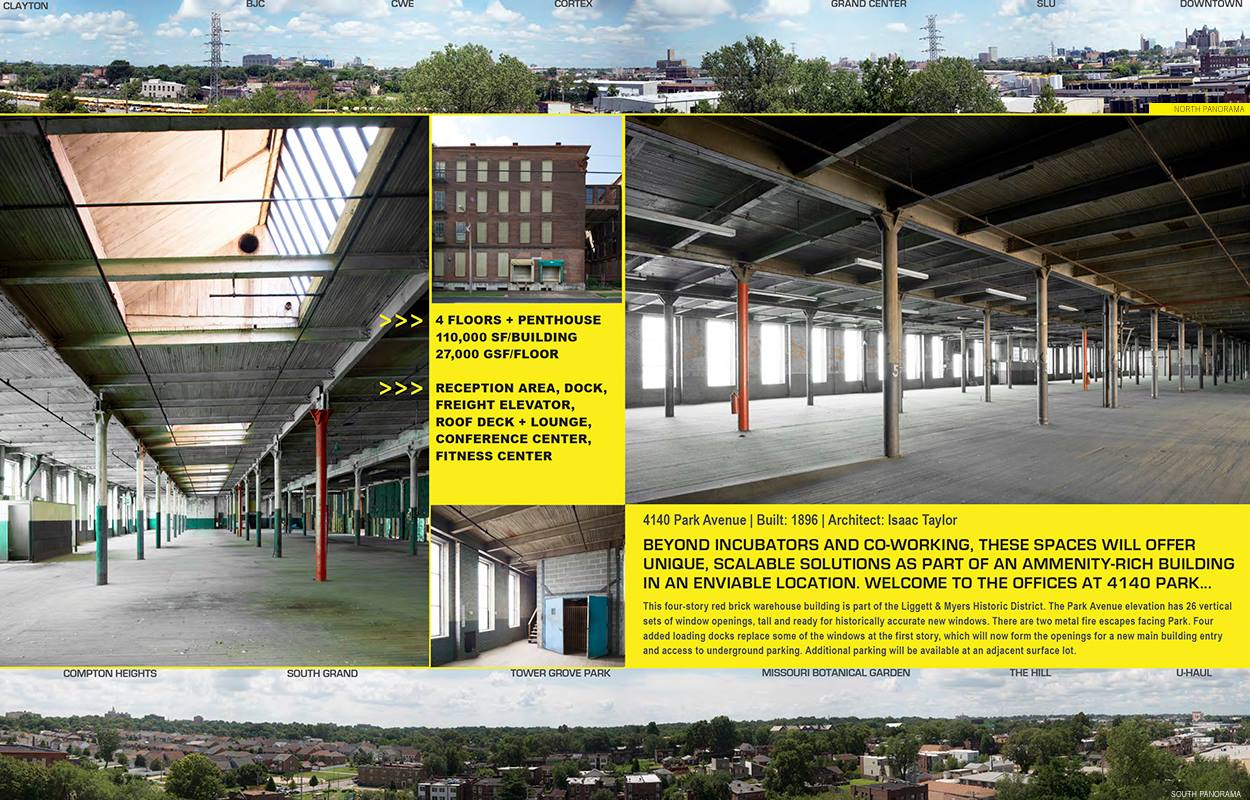 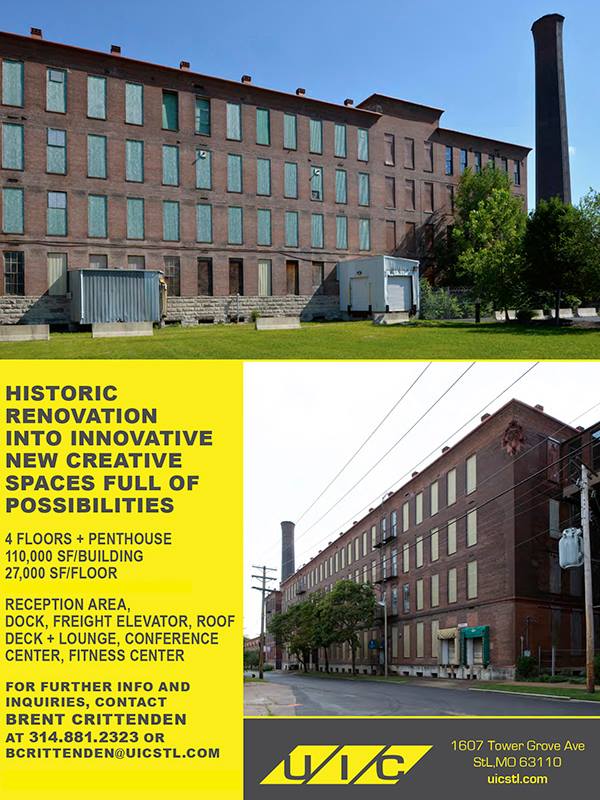 From the National Register of Historic Places Registration Form:

4140 Park Avenue (1896)
Architect: Isaac Taylor
This building is listed as the stemmery on the 1909 Sanborn map, and is probably the building that collapsed on workers during the 1896 tornado.
This four-story red brick warehouse building connects to 4 120 Park via a four-story stair connector at the rear of the two buildings. Its first and second stories are separated by a red terra cotta course. Tern cotta also appears as massive crests (with the Star motif representing the owner’s most popular tobacco brand) at the outer comers of the building just below the cavetto brick cornice and as chimney pots lining the top of the cornice. Five courses of limestone form the tall foundation level. The Park Avenue elevation has 26 vertical sets of window openings, tall and now infilled with conugated fiberglass. There are two metal fire escapes facing Park. Four added loading docks replace some of the window at the first story, two near the center of the building and two at the far western end.

Summary
The Liggett & Myers Historic District, located in south central St. Louis, Missouri (roughly bounded by Vandeventer Avenue, Park Avenue, Thurman Street, and Lafayette Avenue) is eligible for listing in the National Register of Historic Places under Criterion A in the areas of Industry and Community Planning and Development. At the time of its completion in 1896, the Liggett & Myers plant which dominates the district was considered the largest tobacco plant in the world. Purchased by the “Tobacco Trust” in 1899, the plant continued at full strength through the turbulent early 2oth century, when industry consolidation was followed by aggressive national trust-busting at the Supreme Court level.

The plant turned into the plug tobacco hub of the reformulated Liggett & Myers company, and retained a national place of prominence in the industry. When New Deal policies broke the industry’s anti-union stance in the 1930s, the plant was noted for its labor struggles. After World War I1 Liggett & Myers began to sell off buildings at the St. Louis plant, accelerating in the 1950s, and finally closing it altogether in 1972.

This nomination is for an entire neighborhood rather than just an industrial complex because of the demonstrable impact of the Liggett & Myers factory on the development of the surrounding residential area.

Soon after its incorporation in 1878, the Liggett & Myers Tobacco Company was the largest manufacturer of plug tobacco in the world. Only the Lorillard Company of New York and the Drumrnond Company of St. Louis rivaled it in size. The Brown and Catlin companies, both local firms, were also major plug and pipe tobacco manufacturers. By 1890 St. Louis was producing more than twice as much chewing tobacco as its nearest rival.

By the mid-1890s Liggett & Myers had outgrown its facilities at 13~ and St. Charles Street downtown. The company commissioned architect Isaac Taylor to design a new factory that would incorporate its manufacturing and warehousing functions into a single complex covering the better part of four city blocks. It was an enormous commission, even for a prestigious architect like Taylor. Construction was well underway when St. Louis was struck by the one of the worst natural disasters in its history. The “Great Cyclone” that hit the city on May 27, 1896 is considered to be the most destructive tornado ever to befall one of America’s urban areas. Curzon quotes a statement from the company:

The new plant of thirteen buildings in process of construction for the Liggett & Myers Tobacco Company has suffered seriously from the cyclone. The stemmery building, one-half completed, is a total wreck. The rehandling building, or warehouse, finished, is not badly damaged. Part of the roof and the cornice of the licorice factory have been tom away, but the loss is not serious. The east end of the box factory and the office building are badly wrecked. 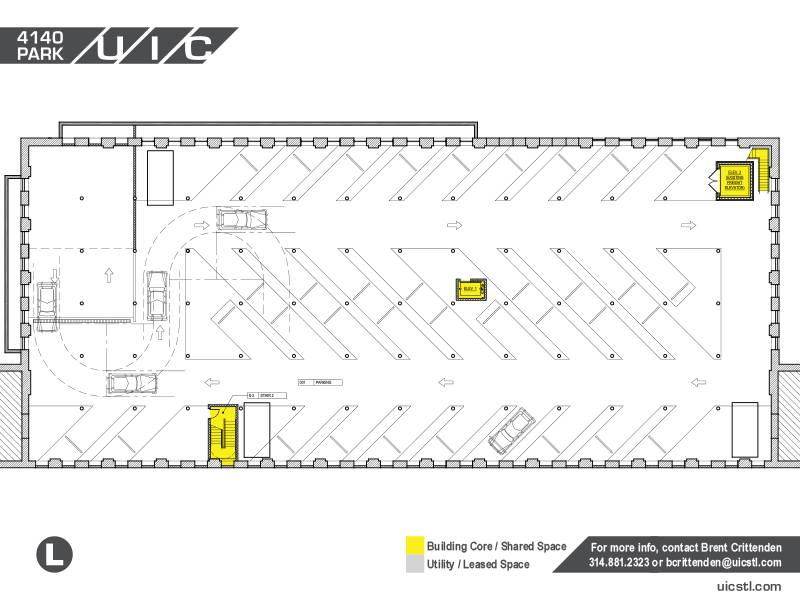 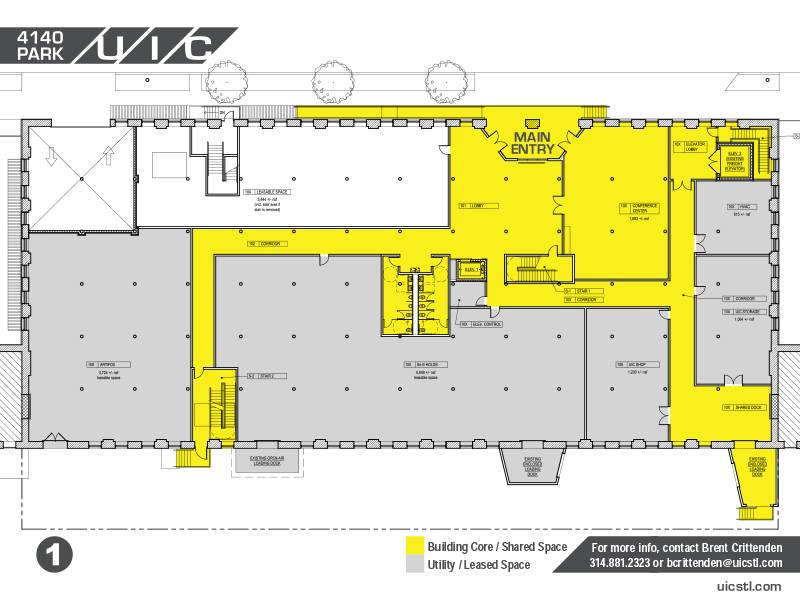 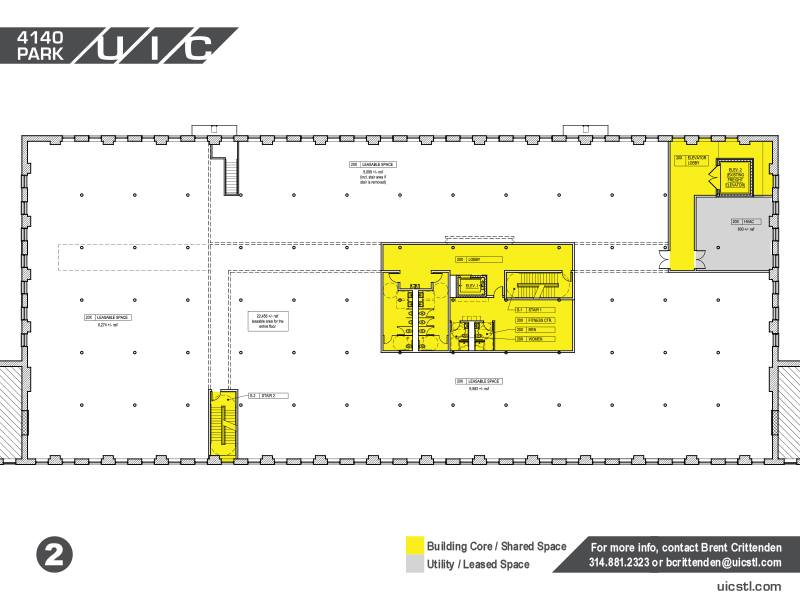 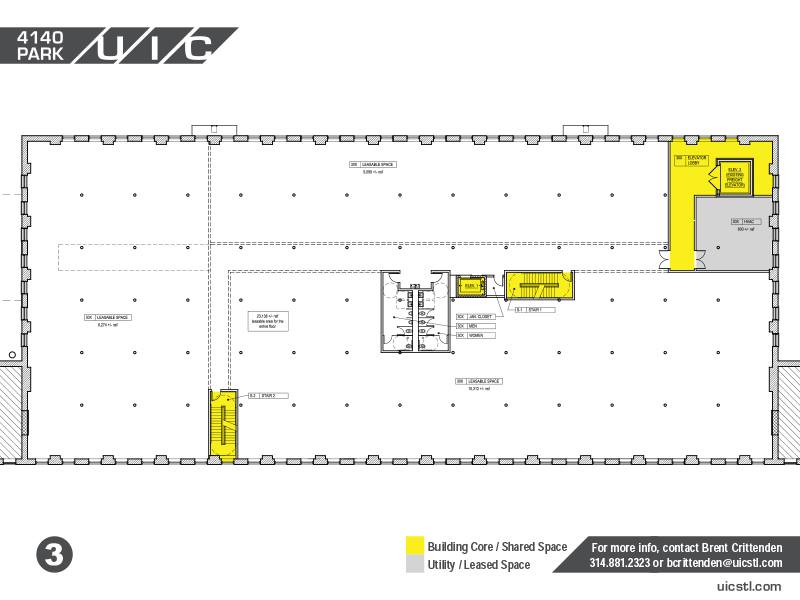 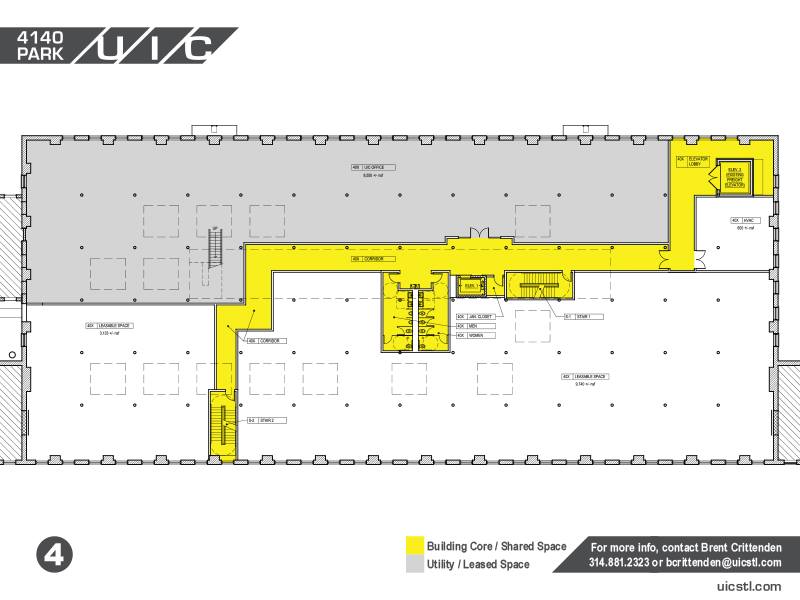 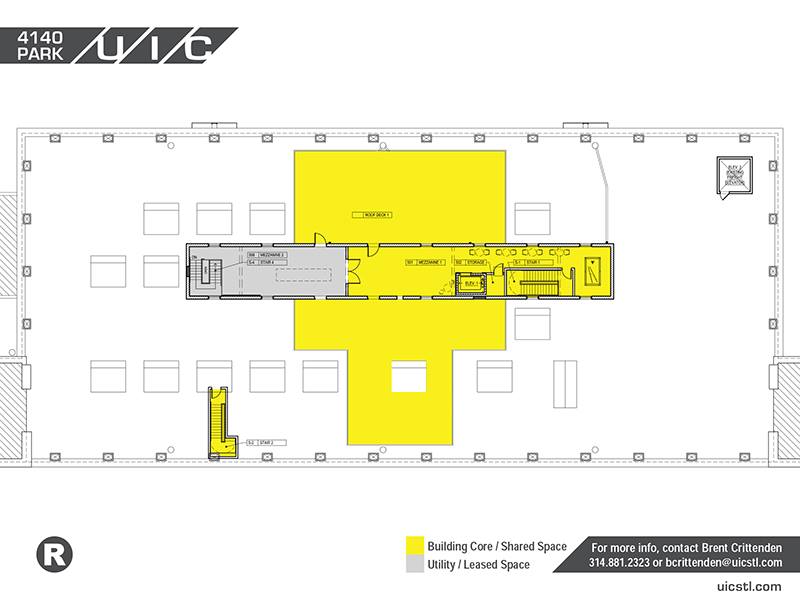