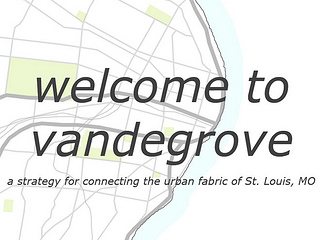 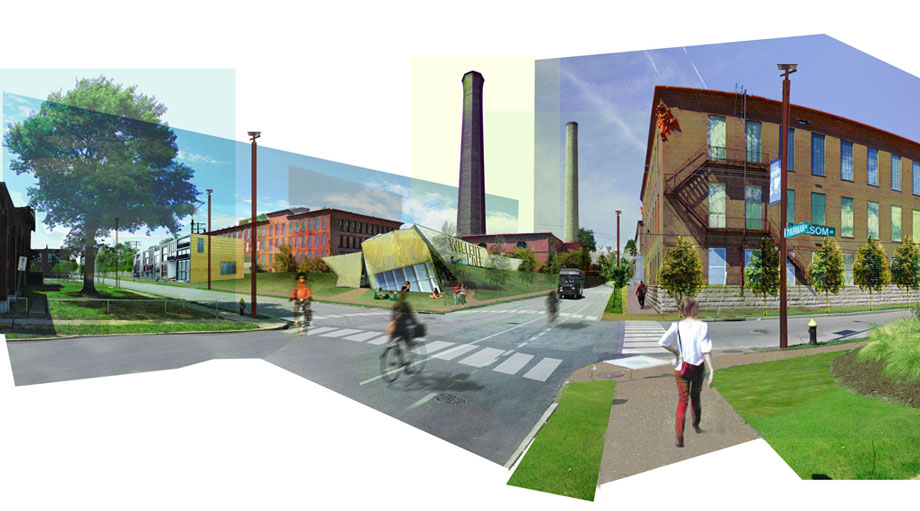 Urban design firm UIC has launched a discussion about the future of several central St. Louis city neighborhoods. Titled “Vandegrove”, the vision focuses on an historic “pinch point” in the city, the intersection of Vandeventer and Tower Grove Avenues, which awkwardly hovers above the Burlington Northern and Union Pacific rail lines and sits between two Interstate highways. UIC describes Vandegrove as “a framework for looking at what comes next, how we continue to grow while maintaining the integrity and quality of the walkable neighborhoods that we are all passionate about.”

UIC’s Botanical Grove development, featuring historic rehabs, new residential construction, a school, wine bar and restaurant and pastry shop, is centered at Tower Grove and McRee Avenue. The project is most notable for its contrasting style to Botanical Heights, a six-block clearcut development of exclusively single-family homes set on cul-de-sac streets to the east. The vision is presented as a starting point for a community discussion at vandegrove.com, where you can view the plans in much more detail, as well as leave comments and contact UIC.

{the currently mangled and unwelcoming Vandeventer/Tower Grove intersection gets reimagined}

What is UIC’s vision? There’s a lot on the Vandegrove site, but the most obvious changes include extending Taylor Avenue south across the railroad tracks to McRee, and thereby opening the “South Grove” (FPSE south of Manchester) to dense residential development. The Vandeventer/Tower Grove intersection becomes a roundabout with separated bike paths and terrace for train spotting. Thurman Avenue is reopened under I-44 and is prioritized for pedestrians and bicycles. For an existing initiative, check out the Thurman Underpass Competition site. 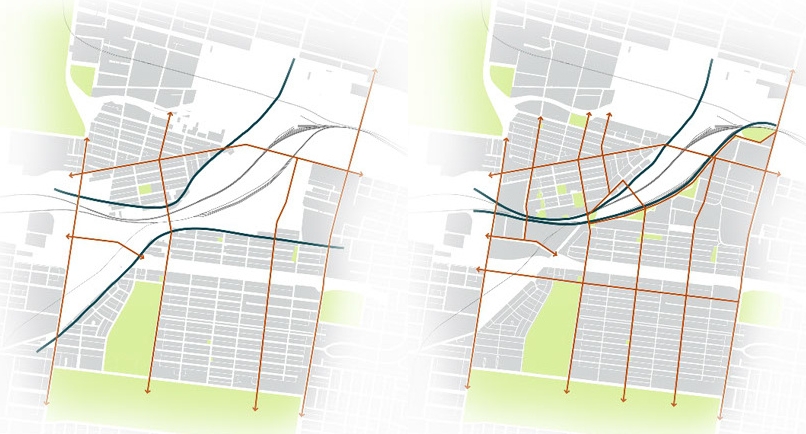 Why is UIC’s initiative important? At a basic level, nextSTL exists as a platform to discuss our city. What does our city look like? What did it look like, what will it look like? Who decides? Who pays for it? How do we get from here to there? What do we want to change and what do we want to preserve? And again, who decides? How, as a city, do we endorse projects like Botanical Heights and Gaslight Square, the preservation of Lafayette Square and Soulard, and the destruction of JeffVanderLou?

All of these actions come from someone’s vision for the city. Most often, residents, Aldermen, neighborhood development corporations and others are passive actors in this process. They wait until a vision is presented and offer their pollice verso, in the Roman tradition. A thumbs up, and the project is off and running. A thumbs down, and the holder of the vision (most often a real estate developer, but at times a school, an individual, or the city itself) offers up a common ultimatum: take it or leave it. 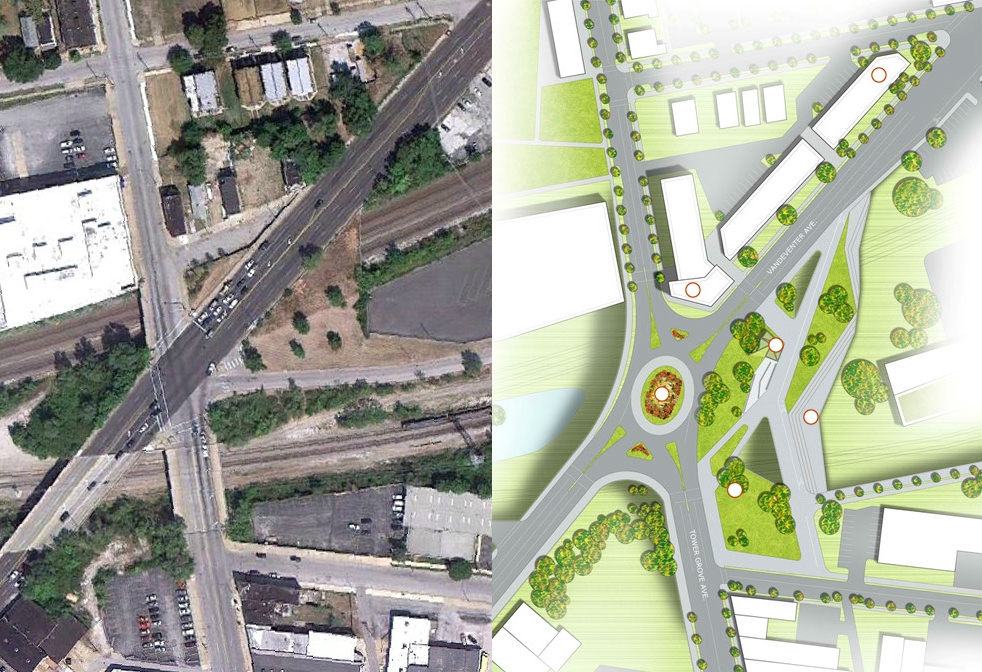 In a city that continues to lose residents by the 10s of thousands, and where 1 in 5 addresses are currently vacant, development, any development, is often welcomed as progress. This paradigm isn’t limited to the city. The largely vacant Deer Creek shopping center in Maplewood will soon be refurbished, as a shopping center, with $8.5M in public funds (the county TIF Commision was overruled by Maplewood City Council). The Post-Dispatch posited the history of Deer Creek against a “Maplewood Resurgence” elsewhere, listing the development of a Walmart, Lowe’s, CVS, Sam’s Club and a transit adjacent Mini-Cooper car dealership as evidence. And this is how it goes, most often “resurgence” is equated to big investments, big projects, more likely than not by big businesses and big developers.

The resurgence of the Forest Park Southeast, Botanical Heights (McRee Town) and Shaw neighborhoods over the past decade is undeniable. In smaller scale, and more slowly than a clearcut wholesale new vision, the change has been dramatic. So much so that big developers with grand visions who once avoided to the area are now taking an interest. This can be good: The Aventura project will add 202 market rate apartments to FPSE on land that has been vacant for years. The monolithic whole-block project even spared the old Station G gasometer pump house (to become nine apartments).

This new interest can also be bad. A vision for the western most part of FPSE, detailed first on nextSTL, would require the demolition of more than 120 residential units on blocks that are the most stable and best preserved in the neighborhood. They would be replaced by low-rise offices surrounding by surface parking, a gas station and a chain pharmacy. This dead on arrival vision, no matter how misguided, isn’t entirely the developers fault. Very nearly the entire city of St. Louis lacks a progressive vision for development. As a developer, how are you supposed to know what a neighborhood wants, what the city wants? 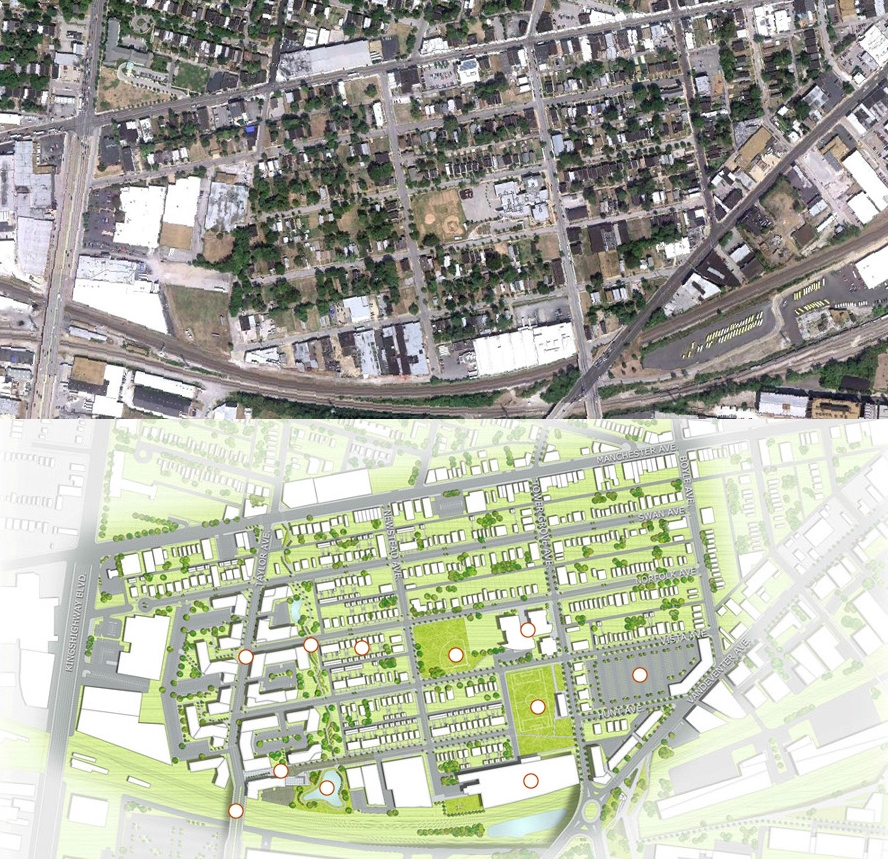 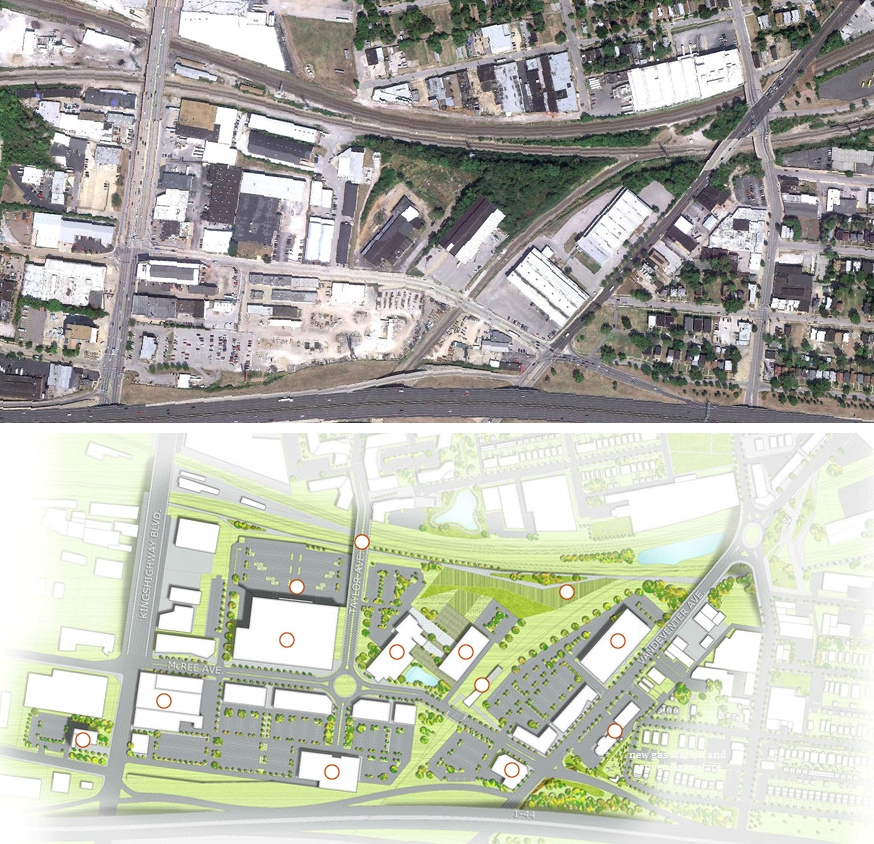 The St. Louis Planning and Urban Design Agency lacks the resources to be proactive. Most other city entities, Land Reutilization Authority (holder of 10,000 abandoned lots in the city), Department of Parks, Recreation and Forestry, face similar challenges. The recently adopted master plans on record at City Hall are largely for parks (Lafayette Square, Forest Park, Riverfront Trail, Gateway Mall, etc.), have been produced by consultants and paid for by non-profit entities, or an occassional grant. While this can result in good and bad, it’s not a model for community engagement, civic discourse and incremental sustainable development. 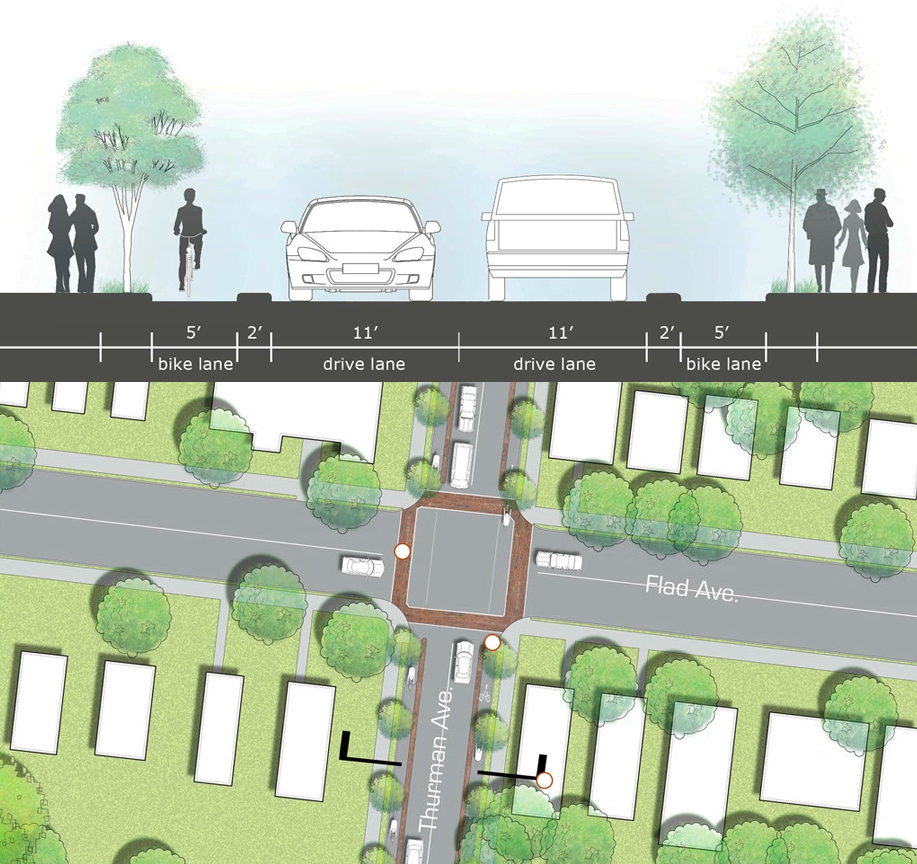 The St. Louis community must be proactive in offering a vision for the city and neighborhoods. This is why nextSTL has helped facilitate design charrettes and partnered with What Should Be. This is why the volunteer UIC initiative is incredibly inspiring and important. The disclaimer on the UIC press release highlights the independent nature of the effort: “Vandegrove is an independent work of UIC (Urban Improvement Company). UIC received was not contracted for the work and received no compensation for this effort. This is an independent study and is not endorsed by any outside organizations, private or governmental.”

As a developer, UIC may stand to profit from this vision, but even a cursory glance at the details show an overriding desire to heal the city, to mend lost connections, to incorporate diverse voices in the process. Those behind the effort have spent dozens of hours envisioning a better city, they live in the neighborhood, they exhibit ownership of place. This is visioning from the inside out instead of the outside in. It’s also an in-progress open process and hopefully the future of St. Louis. There’s much more to Vandegrove than has been presented here – please visit vandegrove.com and become part of a new vision for St. Louis. 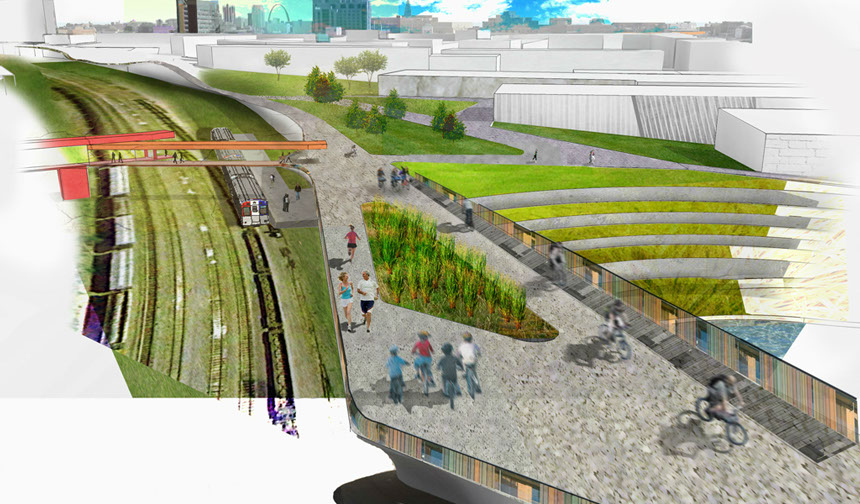 Welcome to Vandegrove – an independent urban development plan by UIC