Another long vacant lot in the City of St. Louis will soon see 72 new housing units as urban developer UIC plans a December groundbreaking.  The vision, which includes three-story apartment buildings mixed with for-sale townhomes, is the third major proposal in recent years for the site on the 4100 block of Detonty Street facing Interstate 44 in the quickly developing Shaw neighborhood.

The site totals 84,000sf with more than 600 feet of street frontage. Phase 1 will include the renovation of the existing building at the east end of the site and a 36-unit adjacent building. A model townhome will be built, with additional units construction as sold. Phase 2 will include a 24-unit apartment building and is scheduled to break ground summer 2016. 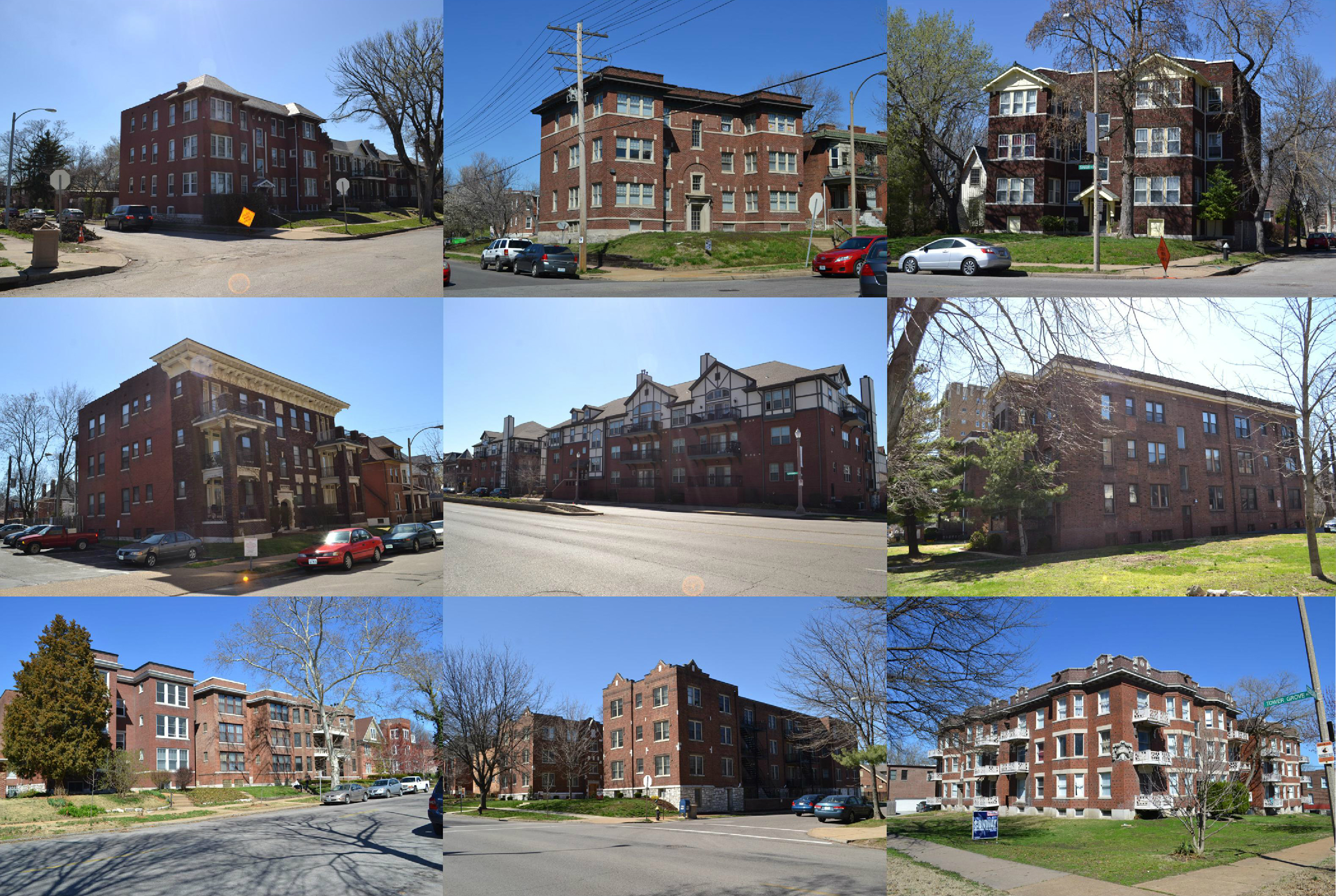 In March 2014, UIC began marketing Detonty Close, a courtyard housing project on the two-acre site. This was a second iteration of the UIC courtyard design. The 2-4BR homes were customizable and started at $225K. The plan saw a precedent in nearby Hortus Court, as well as Heger and Gurney Court on Magnolia across from Tower Grove Park. The project highlighted the challenge of building to historic guidelines as well. The plan outlined above replaces Detonty Close.

The site was also the focus of a What Should Be post on nextSTL. That plan envisioned rowhouses built to historic standards, with intermittent passageways and an urban farm with southern exposure behind the units. A small retail building would have fronted Thurman to develop the street wall. 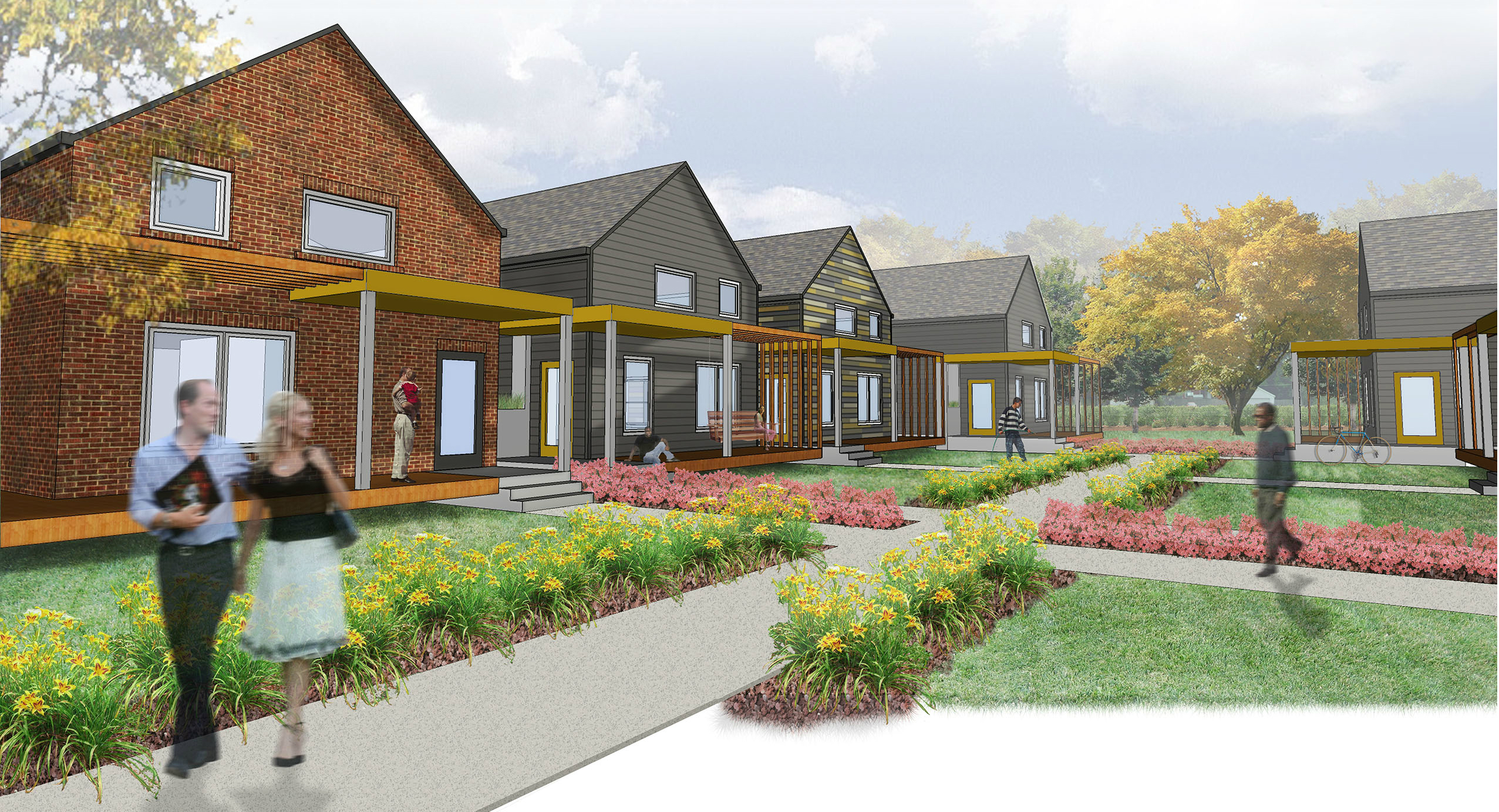 {DeTonty Commons – a first iteration of the UIC courtyard plan} 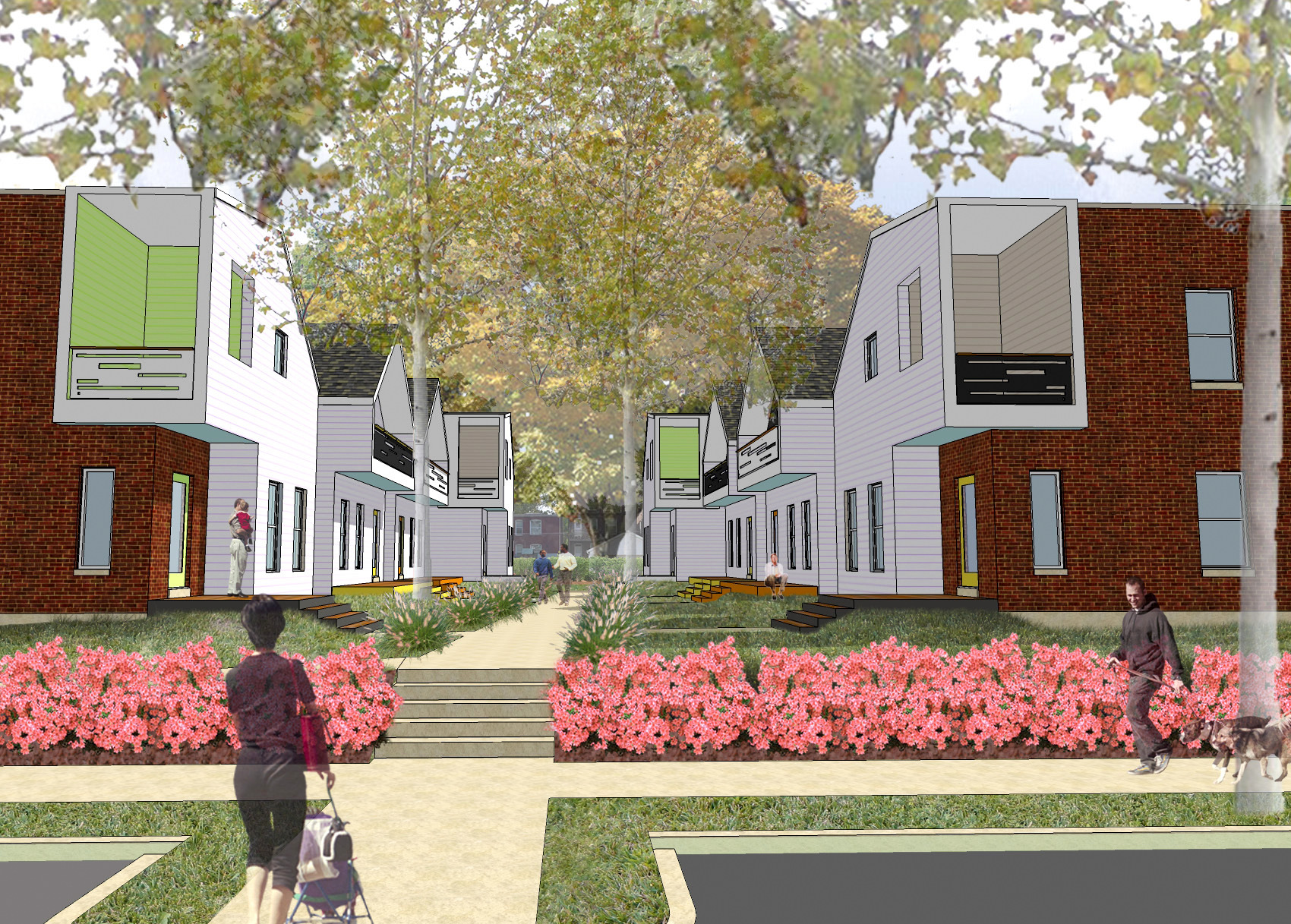 {DeTonty Close – a second iteration of the UIC courtyard plan}

{What Should Be – nextSTL}

{What Should Be – nextSTL} 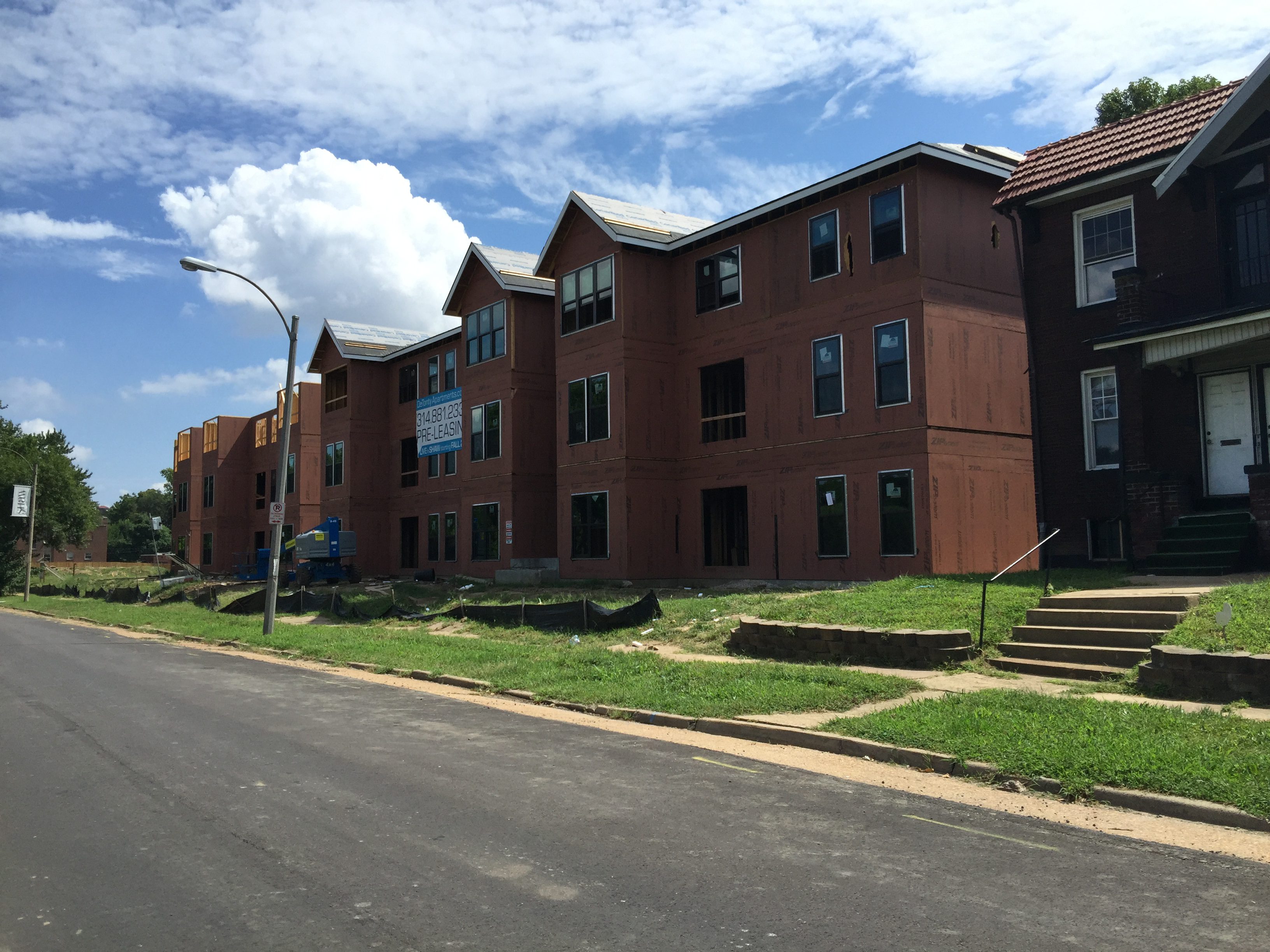 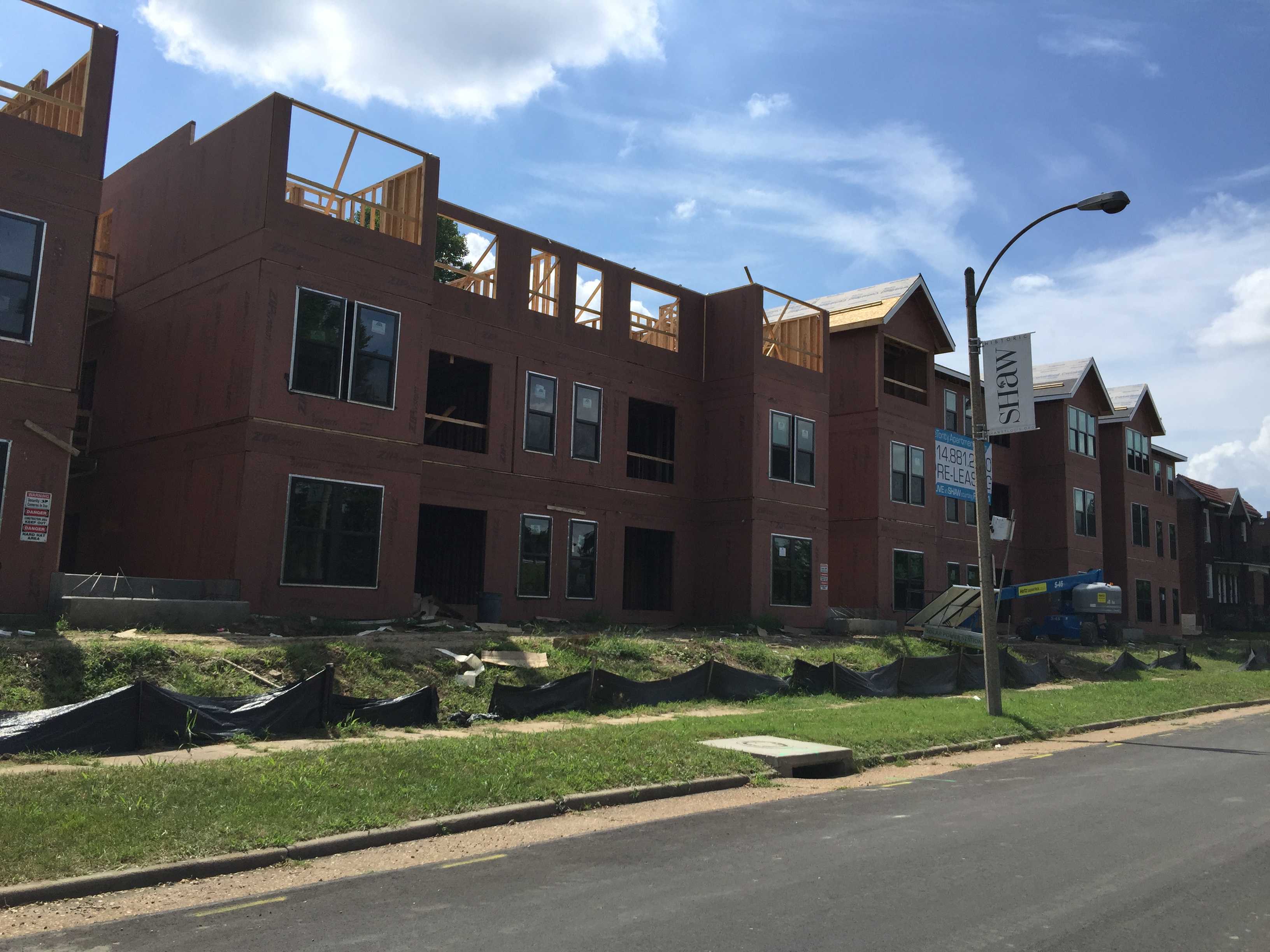