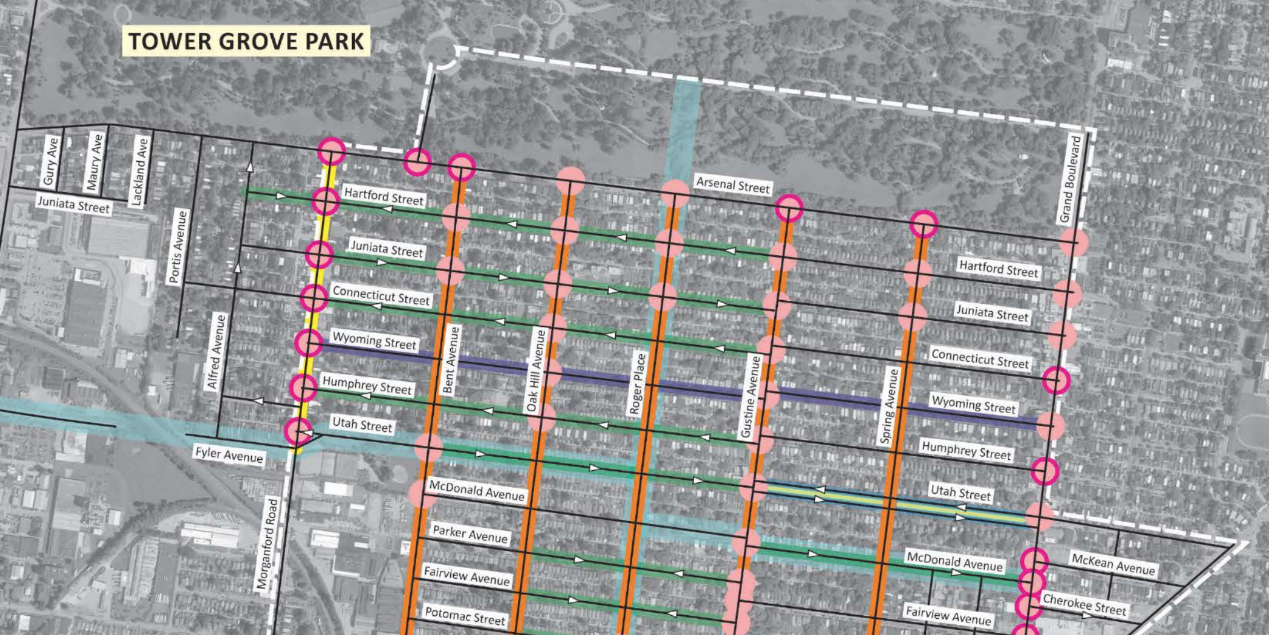 We have to start with the fact it’s just stupid to do traffic plan on a ward-by-ward (1/28th of the city) basis without the context of a larger city plan, but that’s where we are in St. Louis City. 15th Ward Alderwoman Megan-Ellyia Green found upon taking office in 2014 that among the top concerns of residents was traffic.

Some were concerned about added bike lanes, some were concerned that more weren’t being added. Some wanted more stops signs or stop lights, some wanted fewer. Megan favored an all too rare evidence-based approach. She discovered that no traffic counts or study had been conducted in the 15th Ward in years.

In the relatively short span of a couple years, big changes had come to area streets. South Grand was reduced from four traffic lanes to two. Arsenal along Tower Grove Park saw a lane reduction and the addition of bike lanes. Big changes may be on the way for Gravois Avenue as well. Yet there had been no re-evaluation of traffic issues. 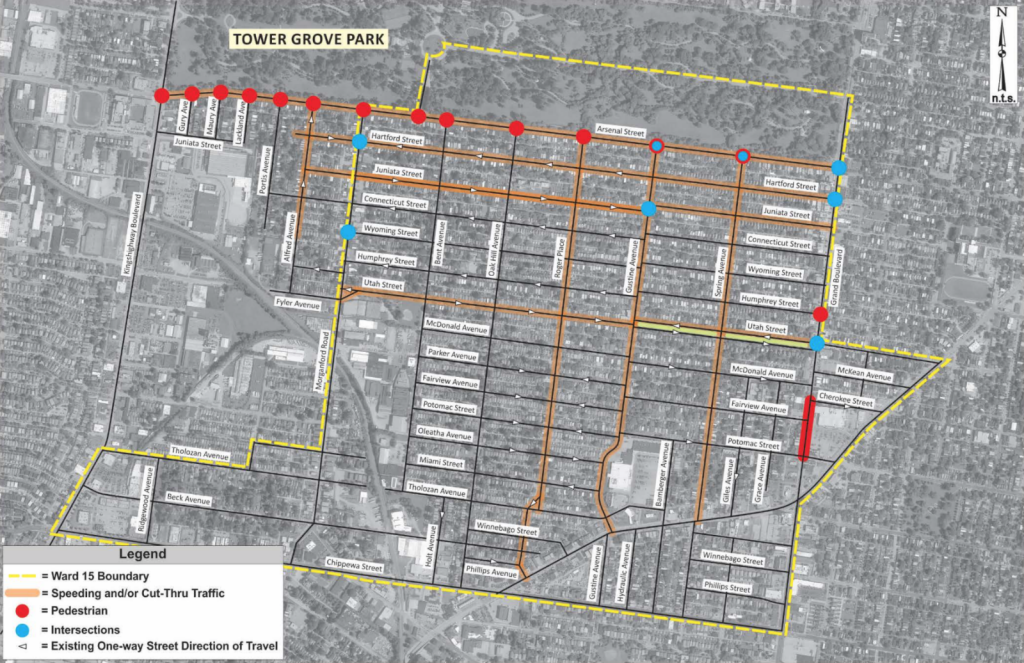 On Hartford Street, the figures were a bit higher with through traffic representing up to 6-percent of weekday and up to 7-percent of weekend peak period traffic volumes west of Grand Boulevard. This was much higher on Gustine.

The entire study (2nd DRAFT) is posted below, as is the document detailing recommendations. The most significant change coming could be the near complete conversion of one-way streets to two-way. Parallel parking would remain on both sides of streets, which measure 30-36 feet wide (the one exception being 20-foot wide Humphrey west of Morganford).

Arsenal and Chippewa at the north and south ends of the ward respectively have dedicated bike lanes, and recommendations include dedicated striped bike lanes on Utah Street. That east-west street has a wide median and 28-foot single traffic lanes with parallel parking in each direction. Wyoming Street would be marked with shared bike lanes between Grand and Morganford.

Other recommended enhancements include high-visibility (continental) crosswalks, curb extensions, lighted pedestrian crossings, painted medians, and more. At locations such as Center Cross Drive at Arsenal, pedestrians experience a 200-foot wide crossing with no crosswalk. There’s also no crosswalk at the west side of this intersection. Including Bent Avenue to the east, there are six crossings with just one having a painted crosswalk. 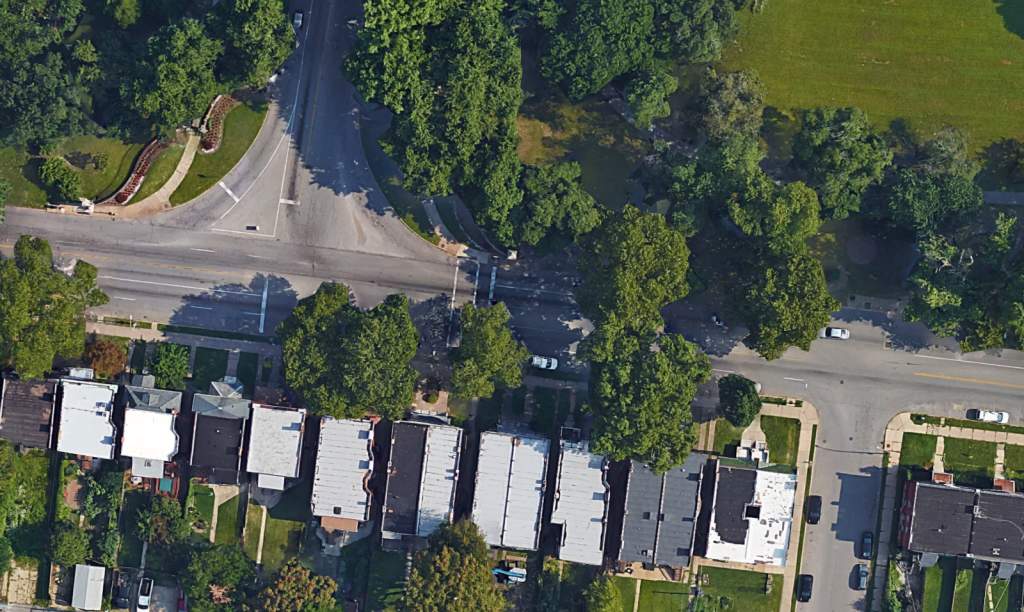 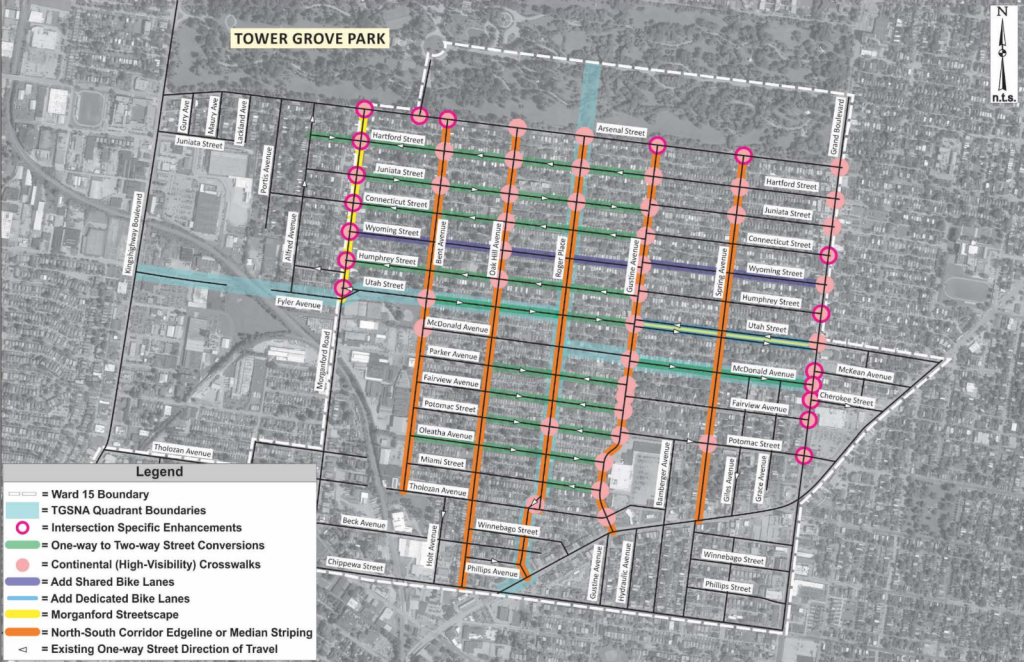 Example of painted and protected bump outs at intersection: 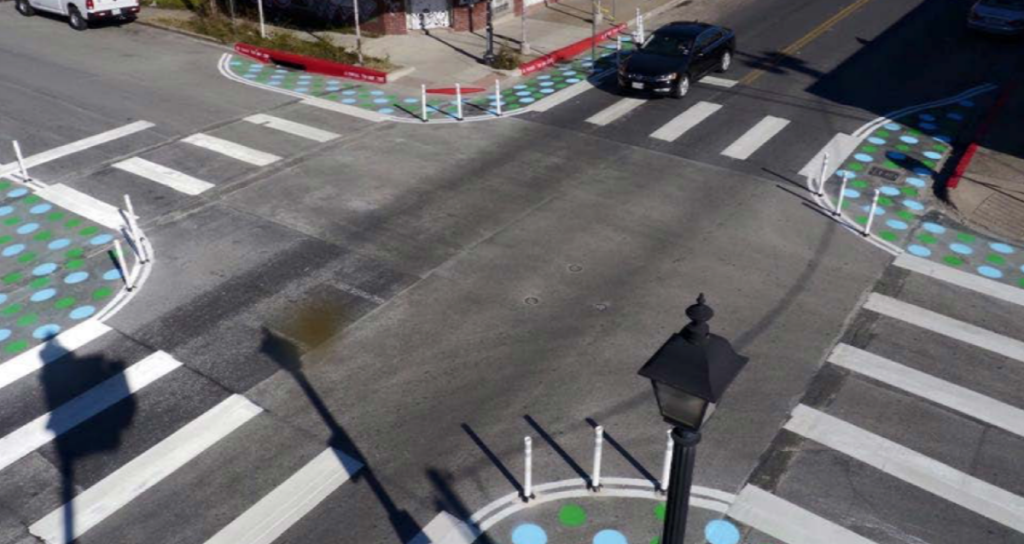 Example of high-visibility (continental) crosswalks at Gustine and Juniata: 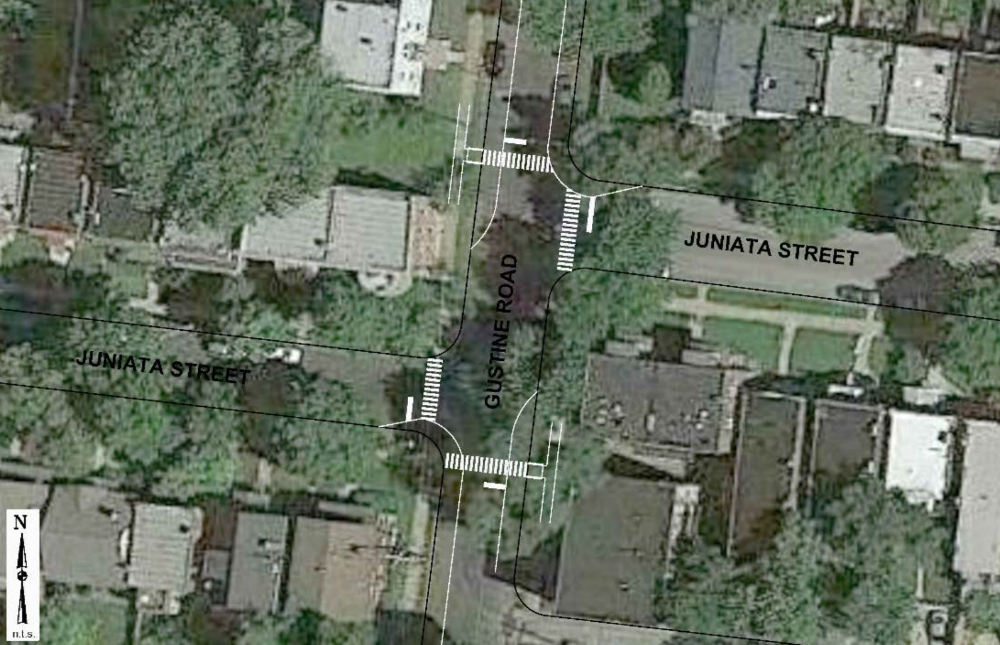 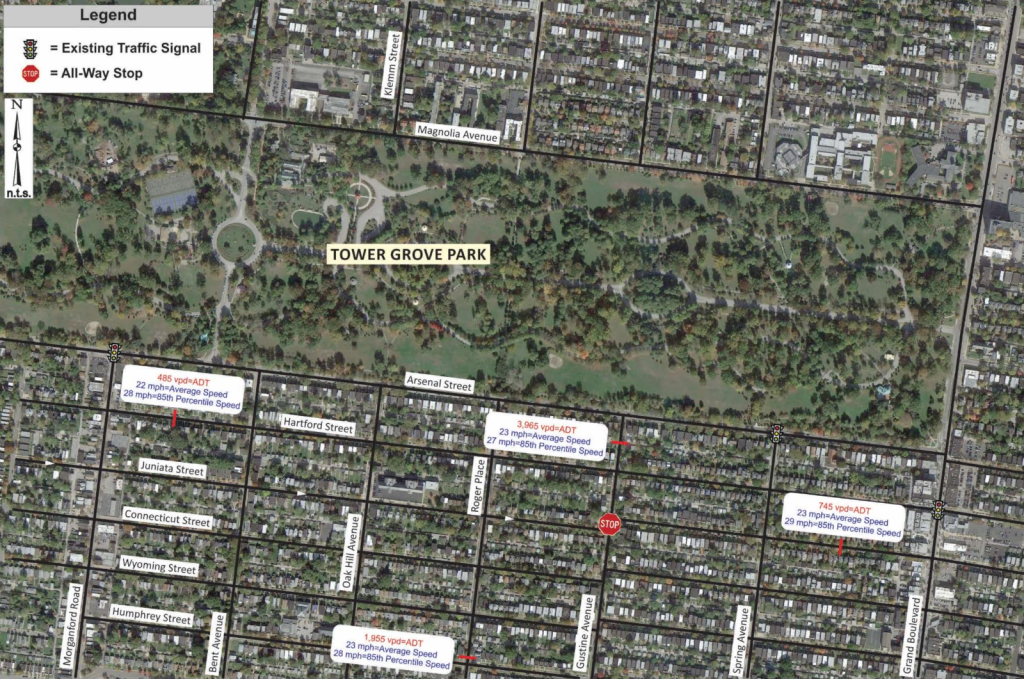 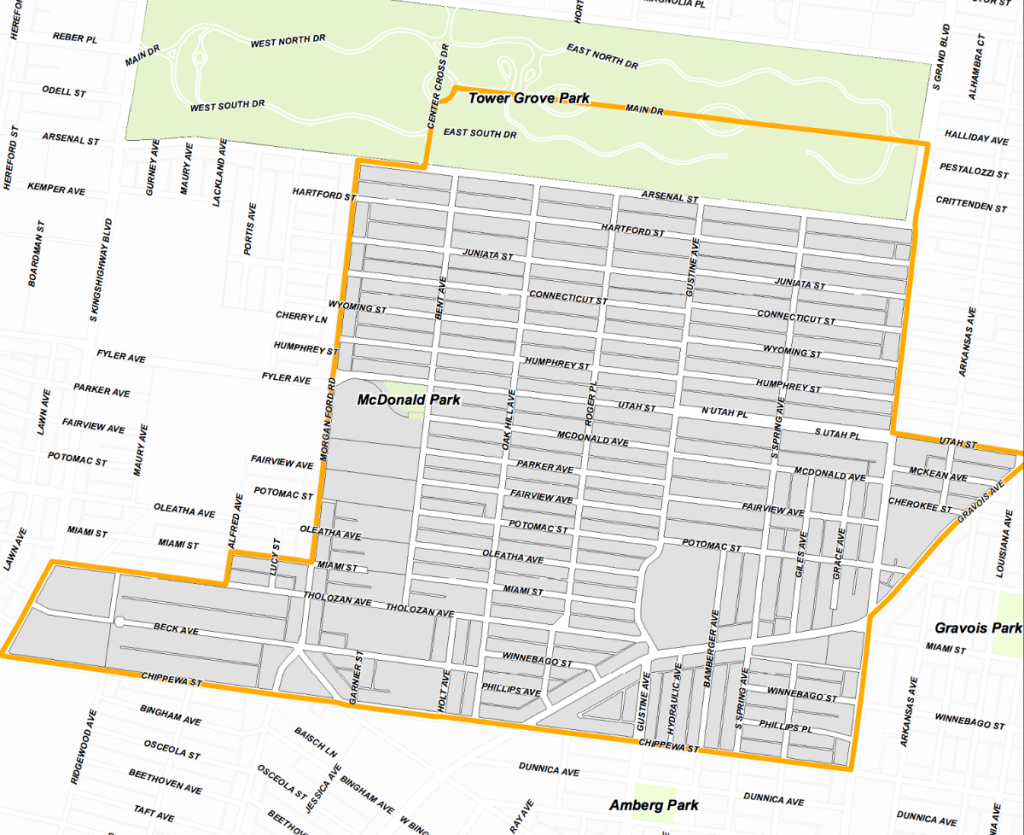