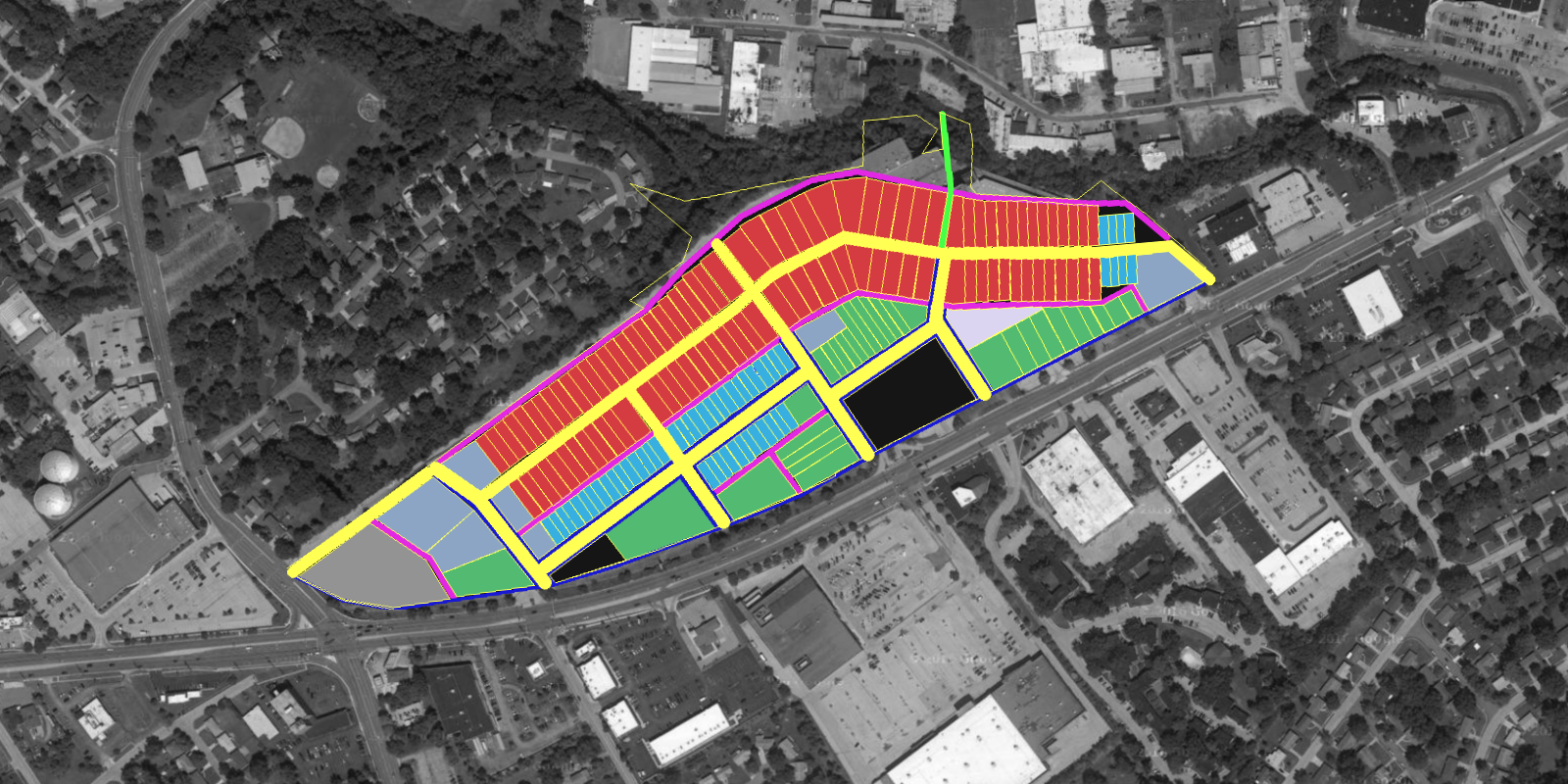 The Crestwood TIF commission recommended approval of a $15M TIF, $5M CID, and $5M TDD for UrbanStreet’s plan for the Crestwood Mall site. It moves on to the city council for likely passage. Let’s consider a more traditional development pattern. One more likely to be productive enough to support the infrastructure and services that support it. One that provides more opportunity for individuals to grow wealth. One more likely to hold value over time. Before you ask, no, I don’t have the money to do this myself. I call it CresMaNoWa. {A productive neighborhood for the Crestwood Mall site.}

Two years ago I outlined what should be for the Crestwood Mall site. The principals remain the same. By subdividing the site into a fine-grained pattern it can be built out incrementally, and meet the market over time. The result is more like the places built in the past that have endured and are loved today. It’s also more resilient. Fine-grained neighborhoods can stand an empty store front or two whereas if a place is composed of a few big boxes, failure can come quickly and dramatically.

Whereas UrbanStreet would own the whole development, a fined-grained approach offers a dispersed ownership model. Not only would the homes and townhomes be owned by individuals, some of the apartment buildings and mixed-use buildings are within reach of individuals. Also apartment buildings could be condos. Numerous owners buttress the neighborhood’s resiliency- more people have skin in the game. The neighborhood’s walkability also enhances wealth accumulation as every forgone car trip keeps more wealth in the community. The neighborhood is focused on residential due to high demand to live in Crestwood and the Lindbergh School District. Retail is over-supplied in the area so commercial is at a neighborhood scale, mostly surrounding a town square offering a public gathering place; a role the mall used to play.

The single family lots are at least 135 feet deep and 35 to 50 feet wide. That’s less than half the size of most lots in Crestwood, but remember we’re trying to build a productive place. Places built on a 20th-century model ignored long-term infrastructure liabilities. Homeowner’s on wide lots would gasp if sent a bill to rebuild the streets, etc.

The townhome lots are meant for sets of four. Add in apartments in apartment buildings and mixed-use buildings and the neighborhood population could reach 1000. In order to rely less on visitors from outside the town to support businesses, more residents are needed. Crestwood’s 2013 population was just under 12,000.

Given the strength of the area, reaching a productivity level of downtown Kirkwood at $550k in assessed value per acre should be no problem. $550,000 x 47 acres = $26M, which is close to what the mall was assessed at in 2006.

{current assessed values per acre on Watson Road in Crestwood}

These are just estimates, but are they outlandish given what we’ve seen in downtown Kirkwood and Maplewood? Feel free to play the game at home.

The cost to transition the site from its current condition to one ready for redevelopment is considerable. UrbanStreet figures $21M for environmental remediation, demolition, and site work. Unwinding the growth Ponzi scheme is going to be painful.

It is too big for a town the size of Crestwood to handle. That’s why it takes a TIF to take money from the school district et al to cover those costs. This is an example of how fragmentation and spreading out are synergizing. If as a region devoting resources to making the site developable were given priority over building new infrastructure to serve greenfield development on the edges, the resources could be mustered.

Supporting this neighborhood wouldn’t require a new road or running utilities to a farm field, nor new city halls, fire stations, etc saving the entire region money. And in the end Crestwood would have a more resilient and productive neighborhood.