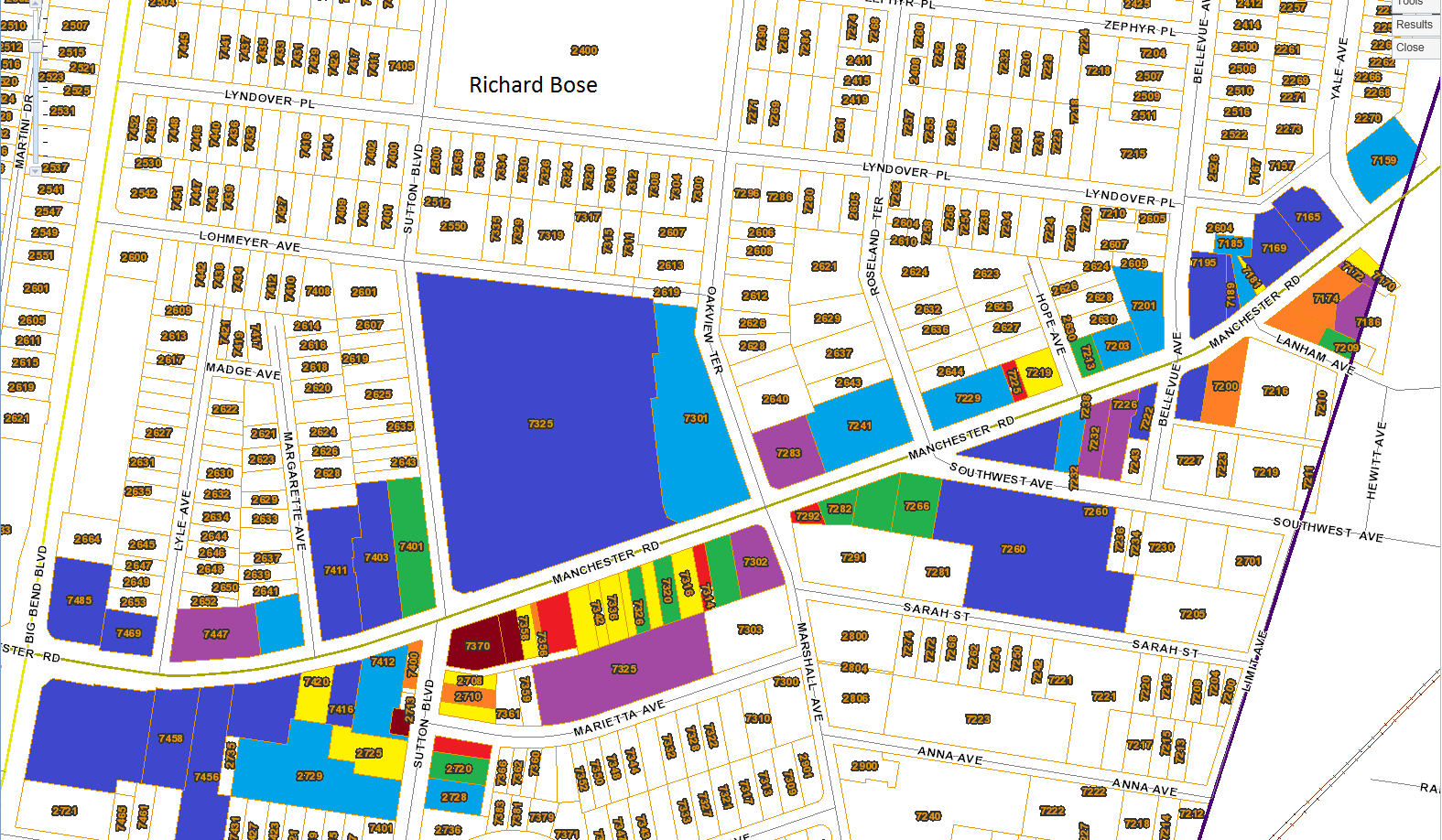 With much of the West Florissant corridor of Ferguson in ashes, there is discussion of rebuilding it. County Executive Stenger announced $500,000 to raze burnt buildings in Ferguson, Dellwood and unincorporated areas. East-West Gateway has fast-tracked a plan to do a Great Streets project on 2.6 miles of West Florissant at a cost of $2.5M. Discussion of building the North-South Metrolink line has reignited. It would include running along West Florissant. It’s a national embarrassment, among many to come to light the last six months, that St. Louis must correct.

Before it burned the West Florissant area was a despotic built environment. It is dangerous and unpleasant for pedestrians. The area is car-oriented which means each building comes with a sea of parking. There is no room left for public space, and since its land-use is low-productivity, there is no money to build one. So protesters were left with parking lots or streets to assemble. West Florissant is a classic stroad, built for speed and to support adjacent buildings, yet failing at both. The Great Streets project and Metrolink will be a waste if West Florissant is rebuilt as it was. 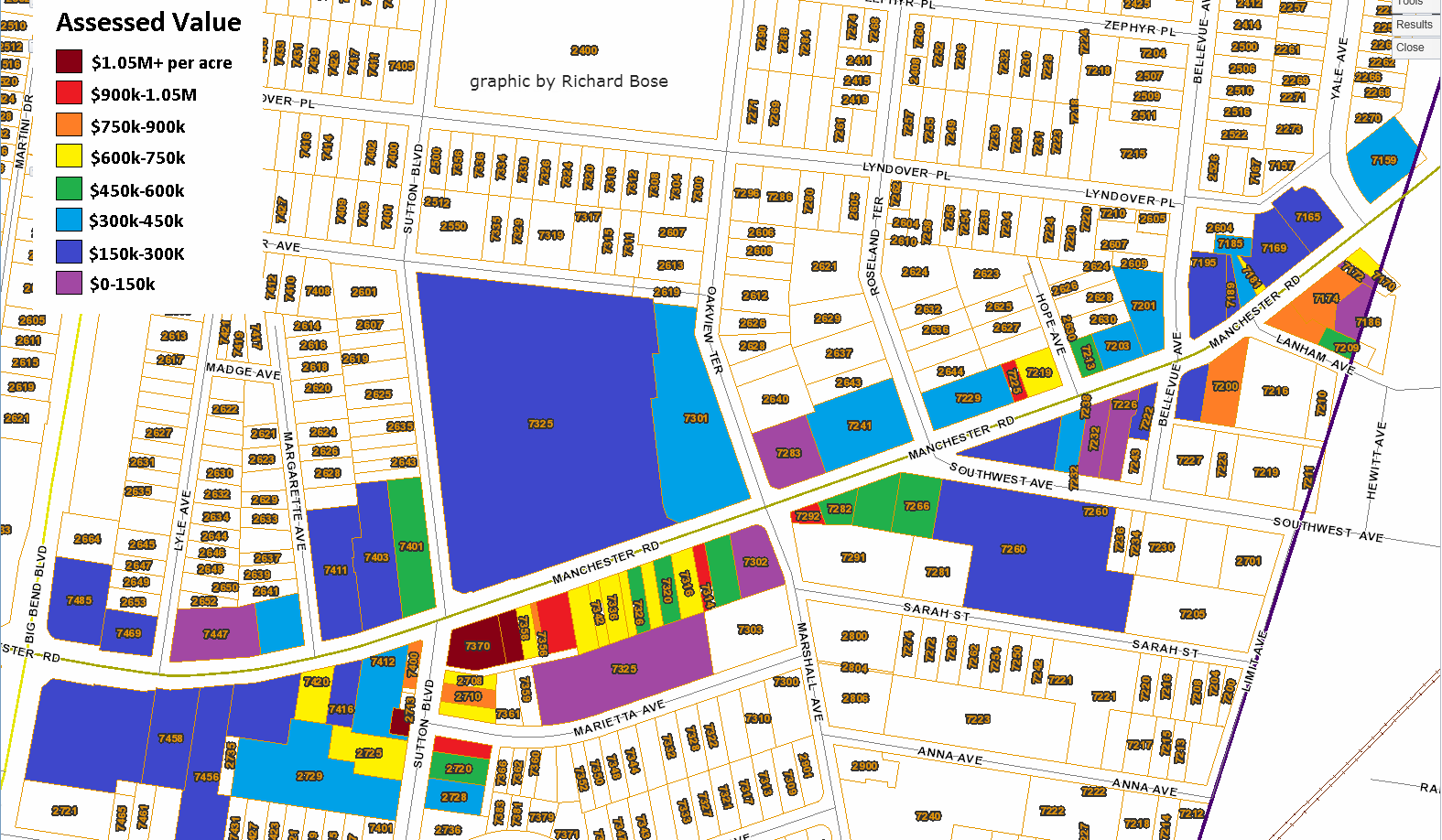 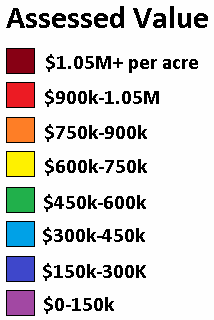 On the other hand, downtown Maplewood area’s assessed value is $10,778,150 over 32.58 acres or $330,797 per acre. Nothing fancy, yet it’s 3x as productive as West Florissant. I suspect the job and sales density are a commensurate amount higher. A poor person could live, go to work, and do most of life’s errands there without a car. The thousands saved each year on car ownership and traffic tickets can be applied to other parts of life, hopefully to better oneself.

The area is car-accommodating, but not car-oriented. Despite the region’s best efforts, the place has survived because it is built for people, an actual place. The most productive property is 2717 Sutton. No skyscraper, just an attractive two-story building. With such poor performing built environments and much infrastructure to maintain to serve it, it’s no wonder Ferguson must use traffic fines and fees to fill its budget. 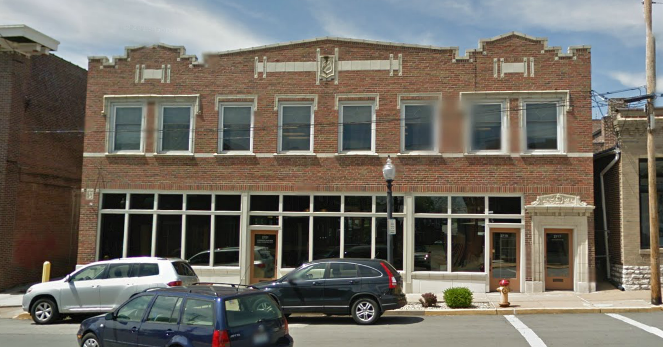 We can’t afford to build the way West Florissant is. Zoning and regulations must at least allow, if not encourage, a traditional development pattern. Any government or philanthropic money spent there must be contingent on building a place that is productive enough to last. West Florissant needs to be rebuilt for people, not cars. If it is rebuilt as it was, it will continue to fail, and Ferguson will fail.