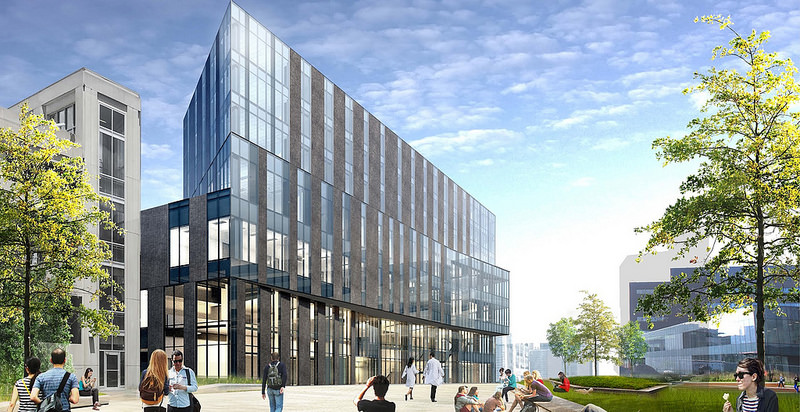 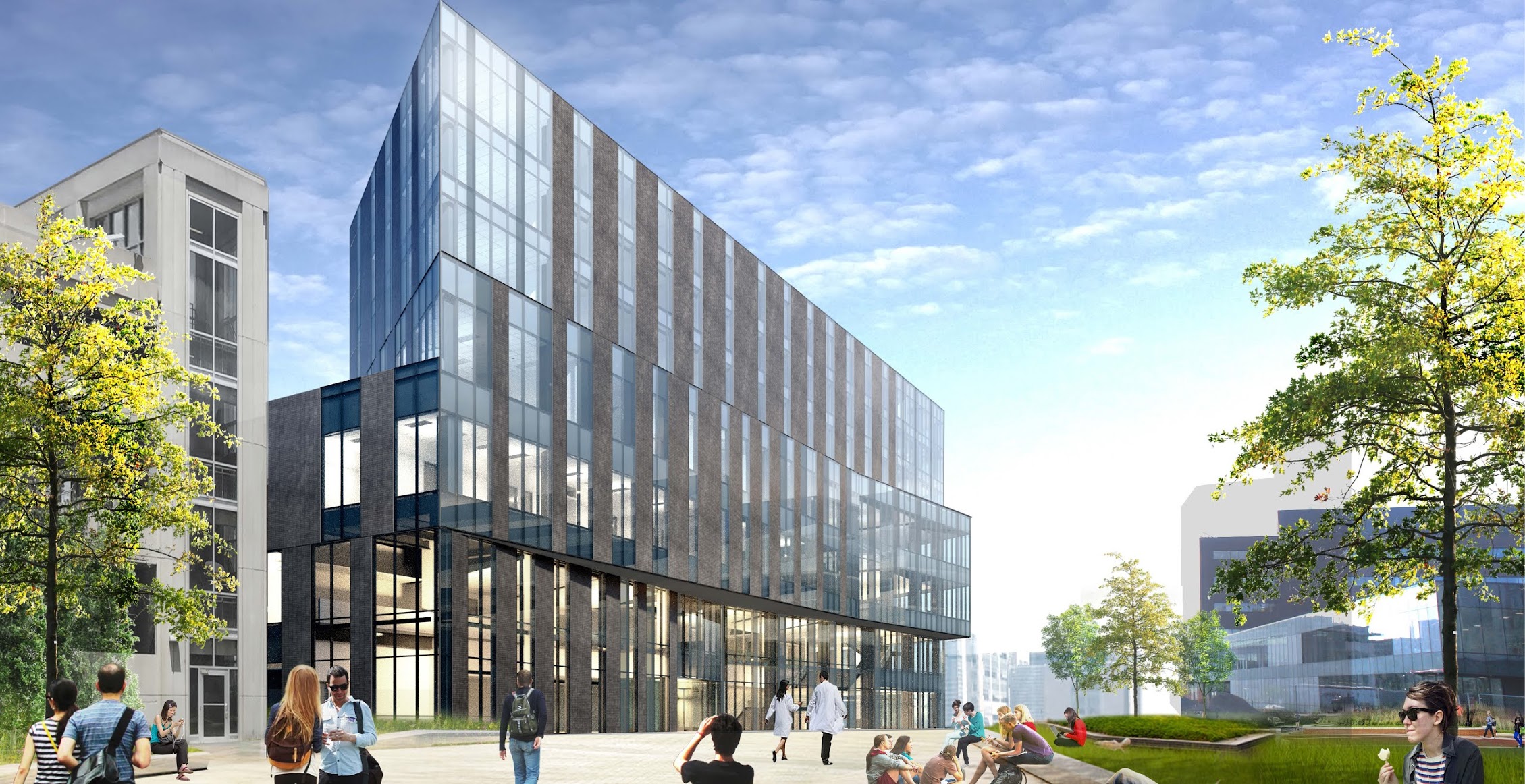 In April we reported that the St. Louis College of Pharmacy was planning to build again, adding a second contemporary building to the Taylor Avenue streetscape. At that time, available renderings were characterized as early concepts. Today STLCOP has released refined renderings announcing a seven-story student center, residence hall and recreation facility.

Located at the northwest corner of Taylor Avenue and Parkview Place, the building is tentatively scheduled to be completed by December 2016. STLCOP chose Forum Studio of St. Louis as its architectural firm. PARIC Corporation will serve as general contractor. Demolition of Whelpley Hall will begin shortly to make way for the new building. 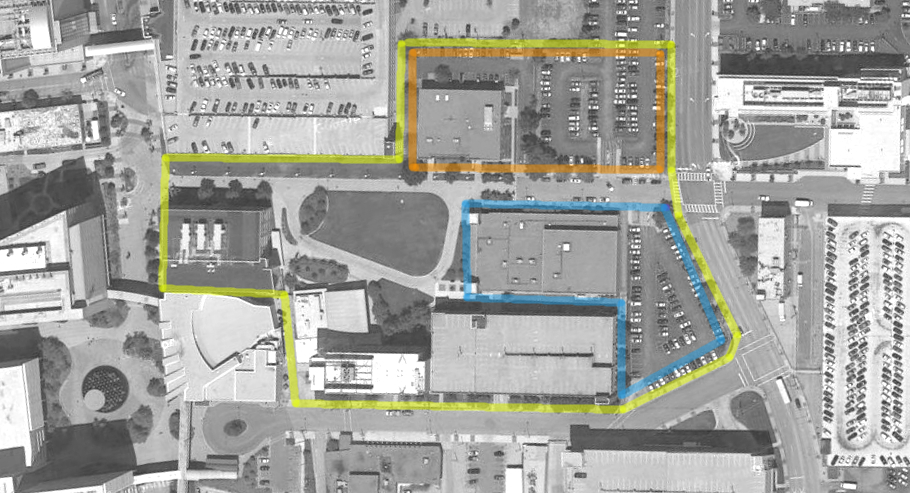 According to the press release, the 190,000 sf building will be home to many varied uses. The first floor will include a large dining hall, reception area, and gymnasium for STLCOP competitive sports. The second floor will have additional seating for the dining hall, meeting rooms, and an intramural gymnasium. A recreation center with a 200-meter, three-lane indoor track will be the main feature on the third floor.

The student center, including a success center and student support offices, will be on the fourth floor. The College’s second residence hall with room for 220 beds will be on the fifth through seventh floors, nearly doubling the College’s on-campus housing space.

A land swap in the last couple years with Washington University in St. Louis gave STLCOP a contiguous campus that allowed for the development of a long range master plan, which is now fully underway. 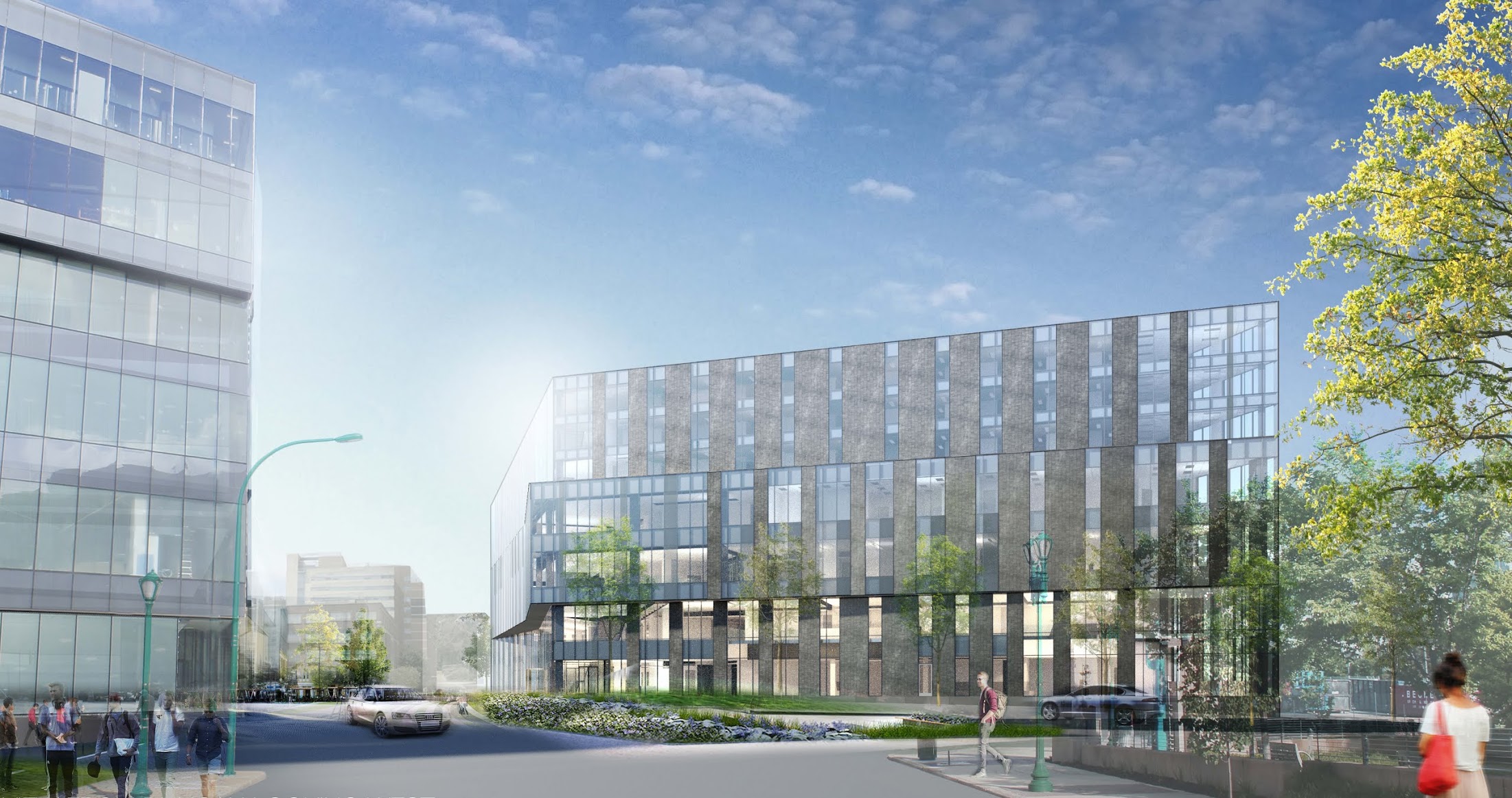 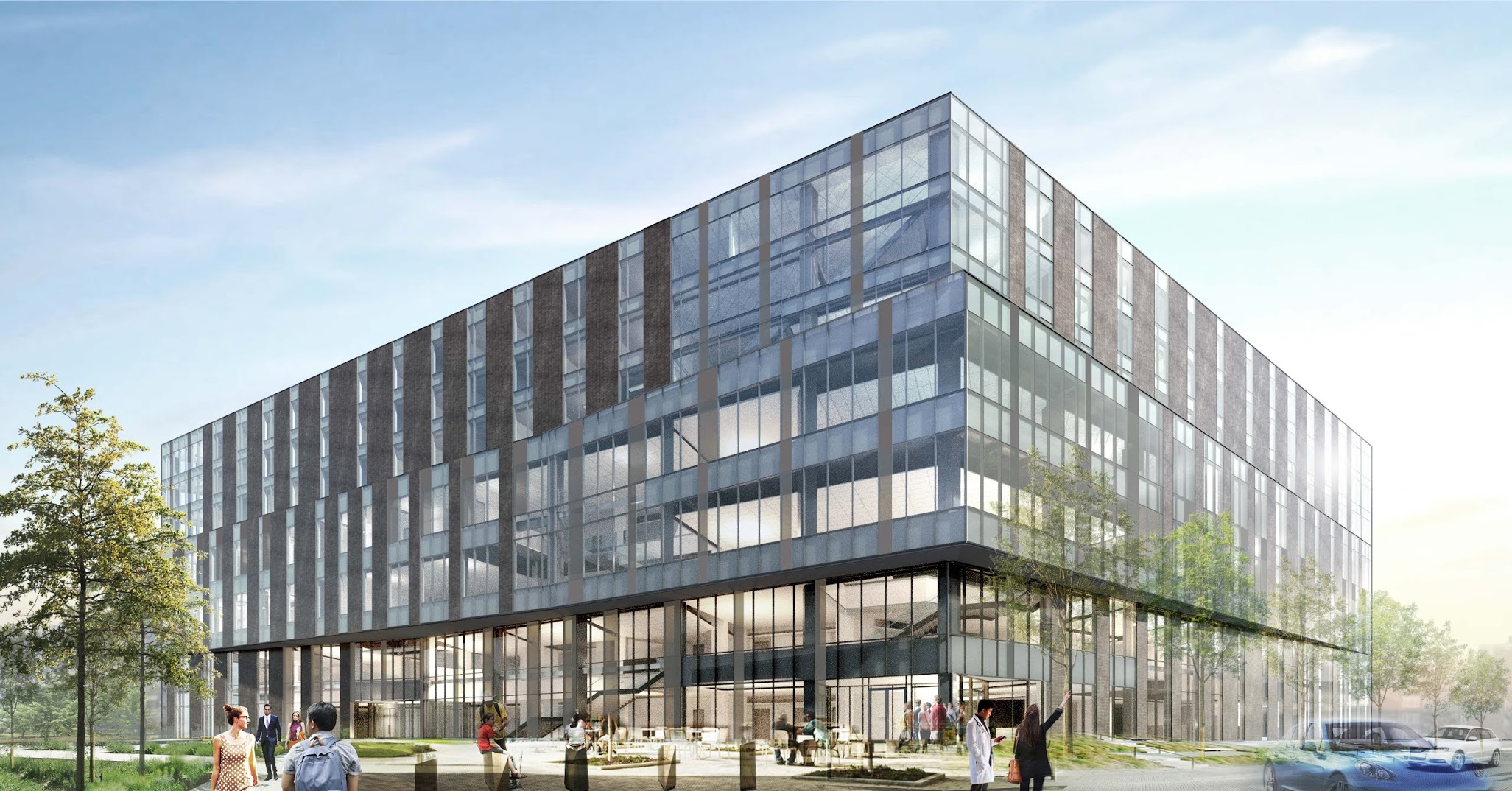 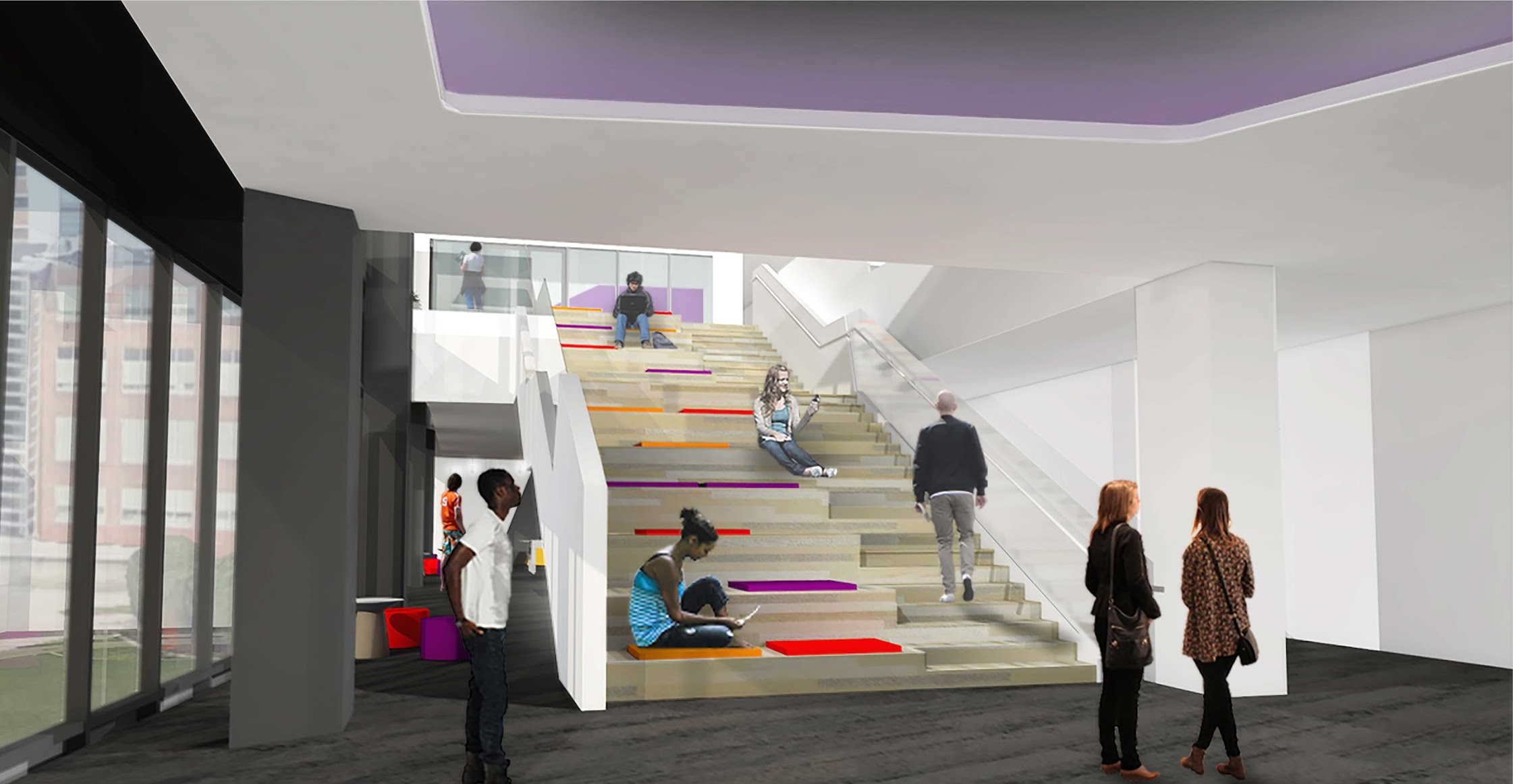