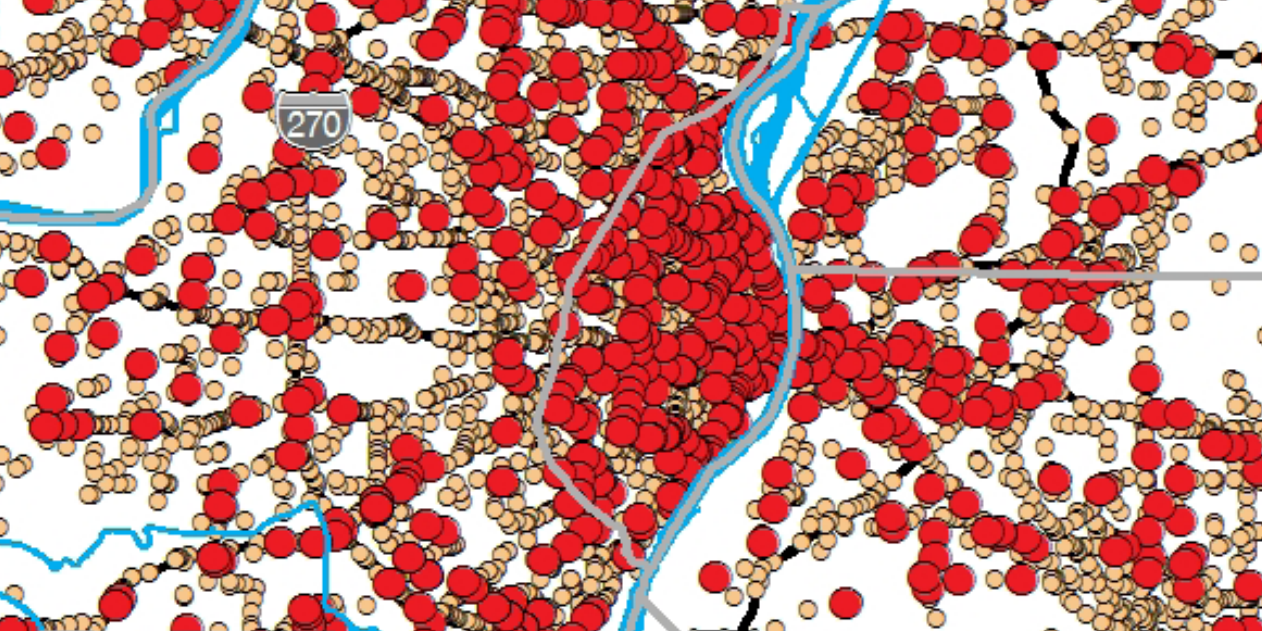 Two recent stories of trouble commuting without a car have elicited much sympathy and charity. The first came to light last fall when we learned James Robertson of Detroit had to take a bus to the end of the line then walk 21 miles to his $11 per hr job. A Go Fund Me page was set up, got some national attention, and raised $350,000 for him.

Most recently and in our backyard is David Autrey. He was assaulted on a MetroLink train March 23. The crime was recorded and no one came to his aid. The video made the press and the rounds on the internet. A Go Fund Me page was set up with the goal of $5,000 for him to help pay for a motorcycle and give a portion of the proceeds to victims of violent crimes in the St. Louis area.

Our charity should be celebrated, but it’s missing the mark. We can pat ourselves on the back for helping these two individuals, but it won’t help the circumstances leading to these situations.

Not having motorized individual transportation is seen as less-than, second-class citizen status. We must help them join the rest of us. As a bonus, the assault on MetroLink fulfills our fear-based fantasies of the dangers of the city, dense places, public transit, being poor and vulnerable forced to use transit, strangers, and Black people. We must save our fellow man from this.

We forget that the man in Detroit not only couldn’t afford a car, but also can’t afford car ownership. Thousands of people in the St. Louis area can’t afford car ownership either (an average of $7,800 per year), yet our car-only development patterns make it impractical to live without one. So poor households must waste money on auto transportation that could be going to housing, health care, and education. These tend to be cars in poor condition, making them easy targets for the insatiable appetite of our fragmented municipalities. The St. Louis man is wise to go for a cheaper-to-own motorcycle. 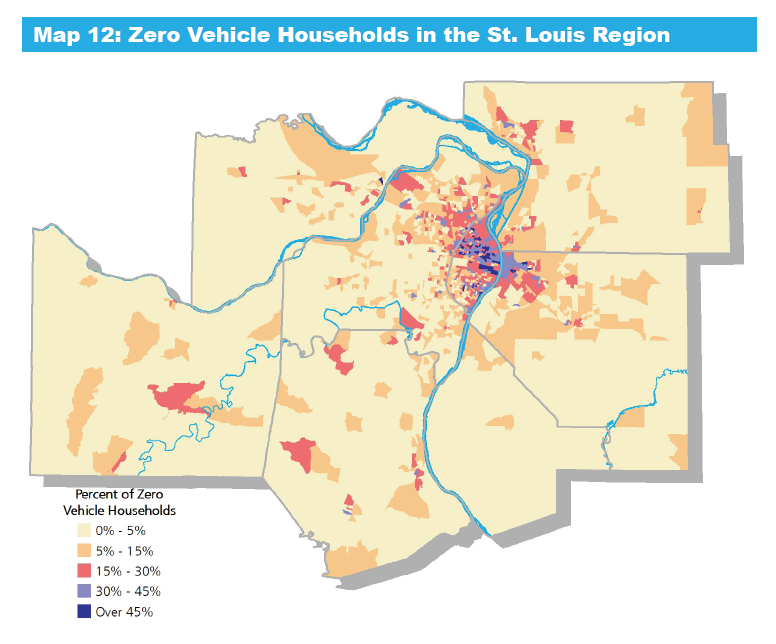 The St. Louis man’s situation goes beyond relieving him of a particular hardship, as in the Detroit case, we have to save him from danger. We ignore that auto transportation is much more dangerous than transit use; motorcycle use even more. Deaths and injuries cost the regional economy 2.25% of GDP each year. 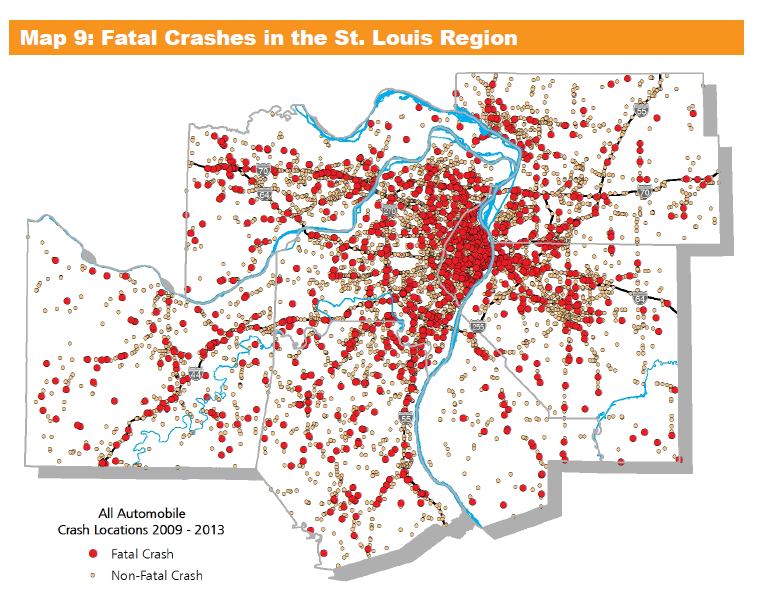 What do we do for the people shot at on the highways? Or those killed or disabled in highway crashes? A Go Fund Me: Helicopter Transport? Nothing really, they are being normal and prudent so it’s just an accident, bad luck, nothing to do about it. We’ve already forgotten about the shooting spree along I-70 last week. Or the horrific crashes at I-44 and Grand. We really want to forget the racially-driven sucker punch of Curt Ford at a gas station in Fenton, where the perp arrived and fled in a car. We haven’t seen the video even once, let alone played it ad nauseum.

We don’t know much about the background of the assailants on MetroLink yet. I’m going to guess they don’t see much of a future for themselves. One is 20 residing in Spanish Lake. The main attacker a juvenile is all of 15. Shall we isolate ourselves further from these type of people all the while burdening ourselves with even more infrastructure we can’t afford? We’ve been trying that since the early 1900s. It hasn’t worked very well at creating better people. 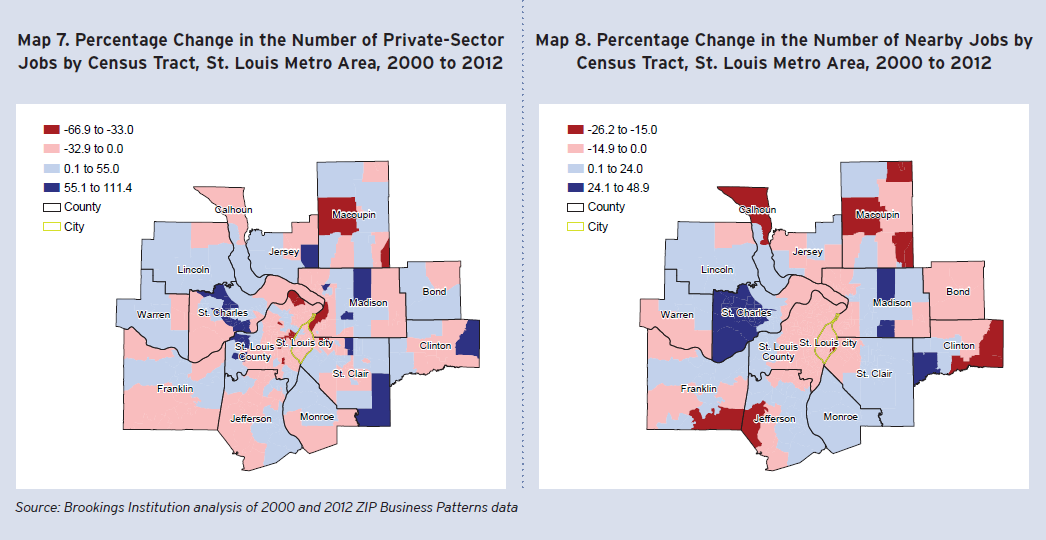 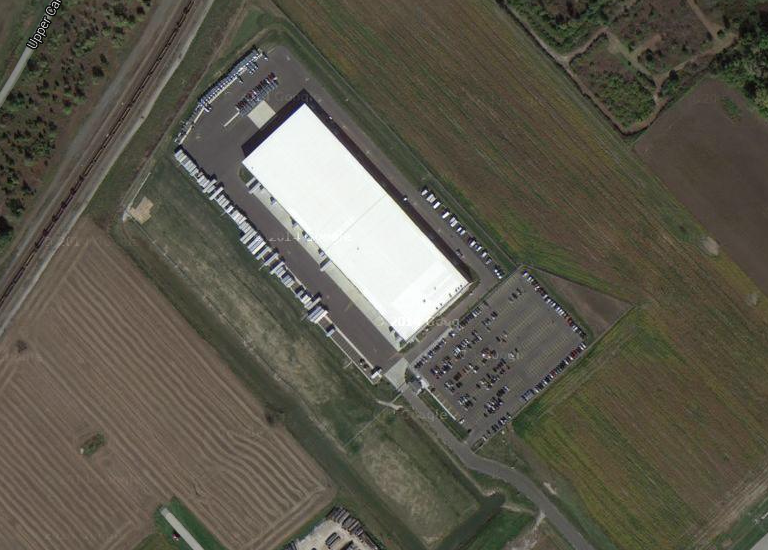 Regional policies encourage and subsidize putting jobs and people further away from each other. Numerous jobs that that 20-year-old might be able to do are far away from Spanish Lake. St. Clair County celebrated the opening of a 181,000 sf FedEx Ground distribution center on 32 acres employing 175 in Sauget. It’s 3000 feet from the nearest bus stop. This couldn’t have been in downtown East St. Louis? It has plenty of cheap land near a highway. There are numerous worse examples around the region. Any job in St. Charles County is near impossible to reach.

Instead of giving $350k to a man with a inhumanely long commute, why not build places where jobs and people are closer together so a car-less person can commute with dignity? Instead of giving a man a motorcycle so he can avoid MetroLink, build places where opportunity is accessible rather than creating places of despair. Or at least stop using our resources to keep running.