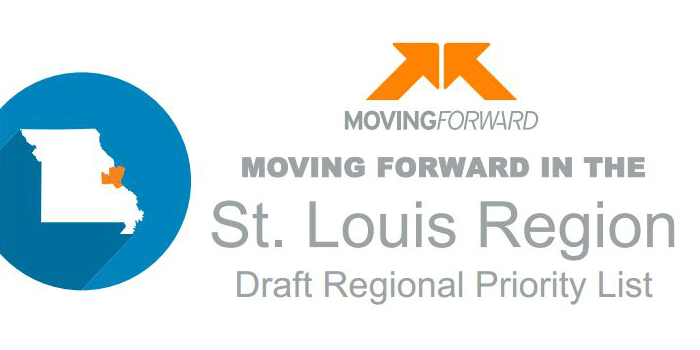 The list of possible transportation (highway) projects to be funded if Amendment 7 passes in August is insane. St. Louis County, with an aging, declining population, and rising poverty, is betting that the future is highways. It’s past list of priorities is straight from the 1950s. From the initial St. Louis County list, of the anticipated $841M taxpayers would provide, $12M, or just 1.4% would be transit related. Other St. Louis Metro area counties hope to double-down in highways too, whereas the City of St. Louis has produced a list much more focused on creating a livable, sustainable community with transportation options.

However, this isn’t a tax that can pass in the city but not elsewhere. If we get the city projects, we get the county projects, and the city loses. In addition, communities can only suggest projects. Now MoDOT is out with its draft list of statewide projects. The St. Louis district list is below. Click here to view the statewide project list. Because MoDOT chose not to place cost estimates for each project, it’s not possible to calculate how much is dedicated to roads, highways, or transit. The project list appears to be very similar to those produced by the city and county.

Now the public has approximately one month to weigh in. There are public open houses scheduled for June 16, 17, 18, and 19 in the St. Louis region, and comments can be left via an online form. Cutting through the DOT-speak isn’t easy, but remember that “improvements” leaves out the question “for whom?”, and can be anything from adding highway lanes, to installing a guardrail. With a final vote on the project list set for July 9, changes will clearly be limited, but it is very important to let MoDOT once again hear what type of transportation investment you want to see.