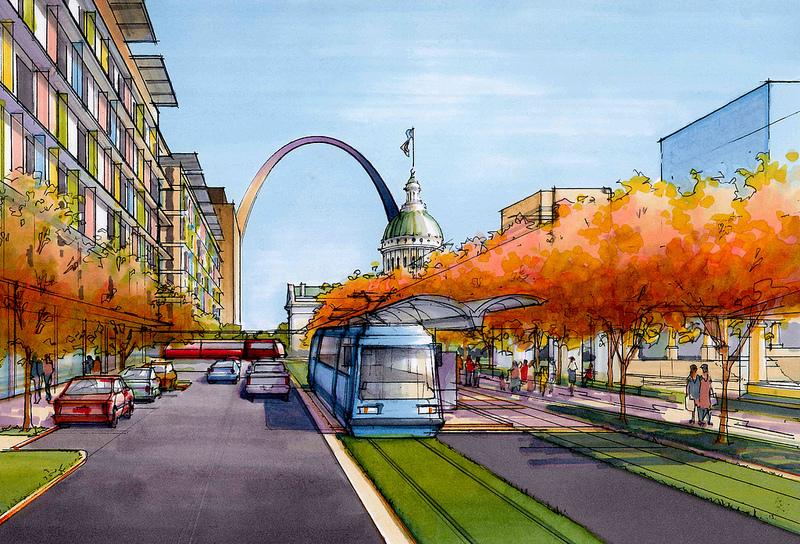 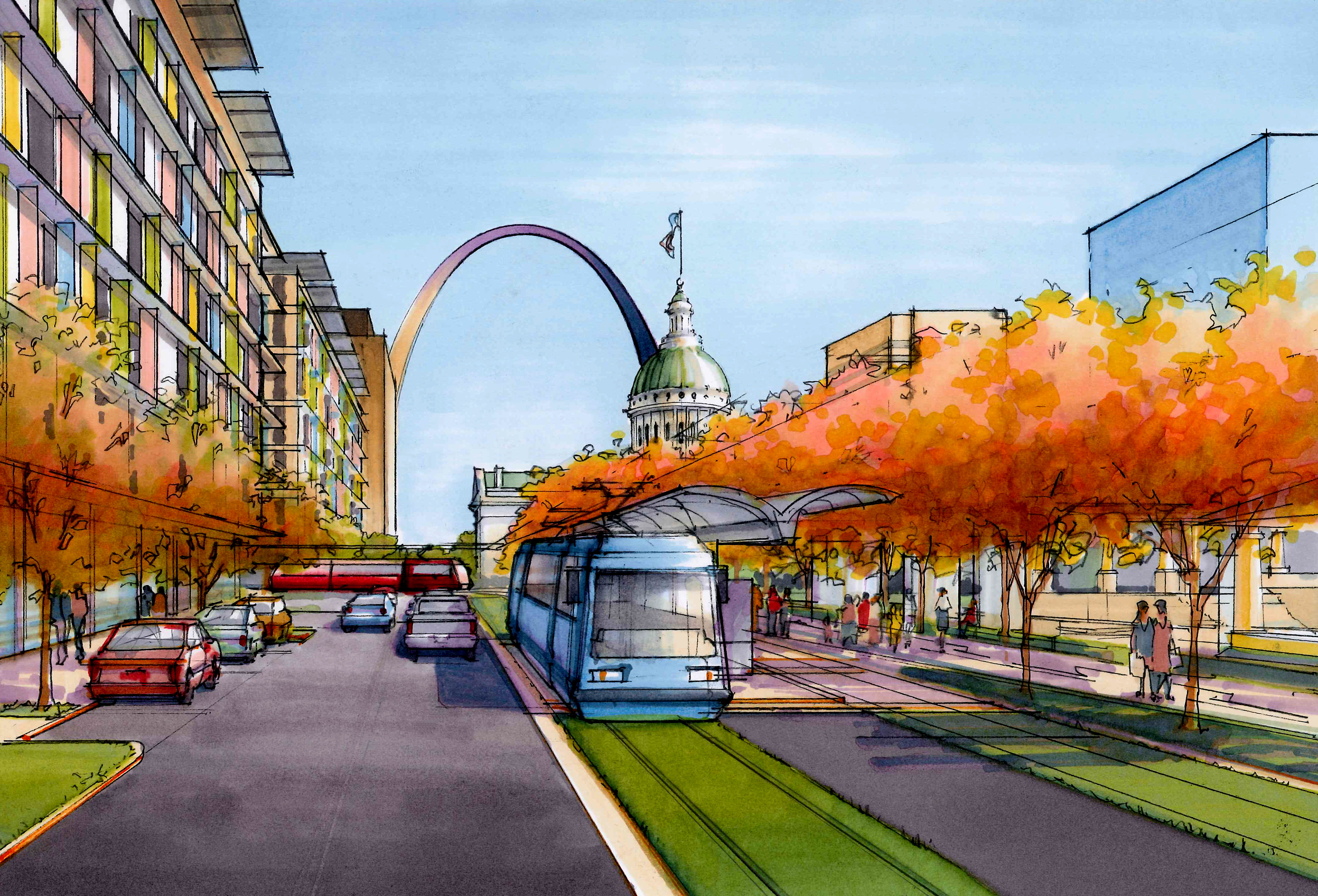 On August 5th, Missouri voters will decide the fate of the proposed $6B state sales tax increase to fund transportation projects. Once presumed to be headed for the November ballot, Governor Nixon moved the vote to August. That gives about 10 weeks to consider what would be the largest tax increase in state history.

The change means East-West Gateway (the area’s Metropolitan Planning Organization) is now short on time to develop a strategic project list. The EWG preliminary list was released just last week. For better or worse, St. Louis area counties are on their own. The city is its own county, and Mayor Francis Slay current serves as Chair of the EWG Board of Directors.

Now the city has its list of possible projects (below). Based on 2013 sales tax allocation, the city would receive 16% of the estimated $1.5B funding for the St. Louis area, or $235M. This list obtained by nextSTL is not prioritized, but is said to equal that $235M mark. It’s unclear how costs for a project like the BRT line from Chesterfield to downtown St. Louis would be allocated. 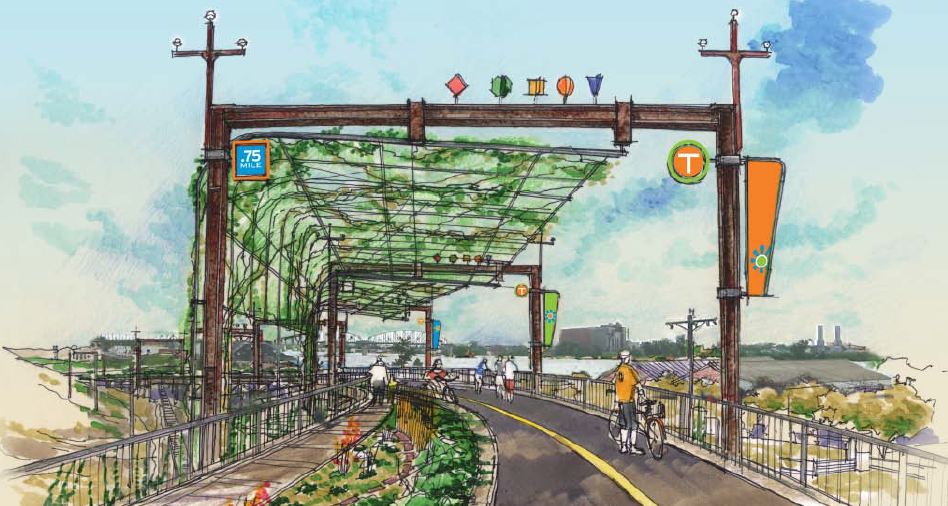 A sales tax is regressive as it is applied uniformly, as opposed to a progressive tax. This means the 25% of City of St. Louis residents who do not have access to a car pay the same tax as the 40 mile a day commuter, when buying the same goods.

Whether or not it passes, voters are being presented with this choice because of a failure in political leadership and fiscal responsibility. State lawmakers could choose to toll Interstate highways to pay for their maintenance. They could also vote to raise the gas tax, currently near the lowest in the nation. The last time it was increased, this year’s college freshmen were not yet born. The politically expedient decision is the deceptively seemingly benign “let the voters decide”.

Because the proposed sales tax can be used on transit, bicycle/pedestrian, and other projects, it has won some level of appeal in unlikely places. In Missouri, expenditure of gas tax revenue is currently limited to roads and highways. In a state that starves non-highway transportation projects, millions in funding, anything in funding, has appeal. 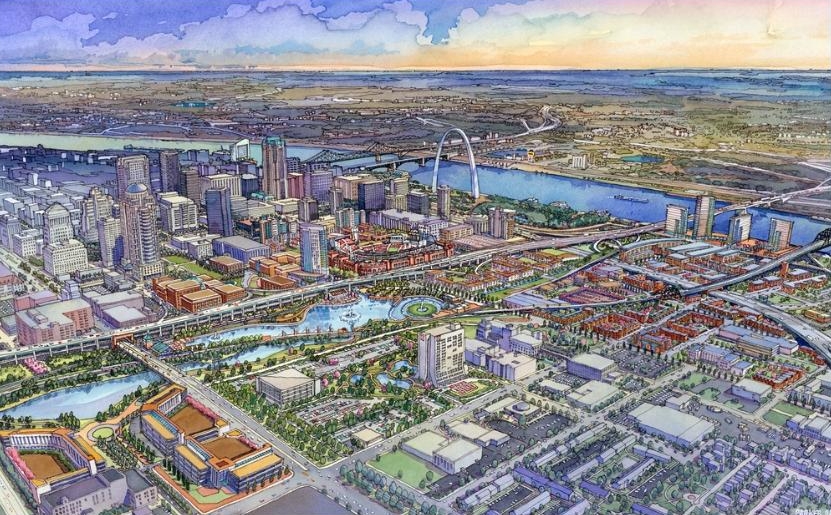 However, the current list of projects compiled by EWG is stunningly outdated, a page from 1950s Urban Renewal that posits more and better highways as the key to urban and metro area economic growth. In St. Louis (and elsewhere) we have more than half a century of compelling evidence to the contrary.

The region may be turning a corner in rhetoric, if not planning. St. Louis County’s strategic plan, titled “Imagining Tomorrow”, cites three areas of focus; “Invest in youth, Prepare for an aging population, Address the consequences and cycle of poverty.” The $1.63B for highways in the EWG project list addresses none of these.

The city’s list may be more transit and bicycle/pedestrian oriented, but with the lack of an established, articulated urban vision, it’s impossible to know how the list melds with the city’s Comprehensive Sustainability Plan, the OneSTL initiative, Metro’s regional plan, and other visions.

In the “high priority” category, the EWG list is 91% dedicated to highway projects. The largest transit project is the North City Bus Rapid Transit line at $47M, or 2.9% of St. Louis area projects. When MoDOT asked district residents what they wanted to see, they were told 60% wanted to simply maintain existing roads, while 40% would like to see expansion. For transit, the numbers were 59% for transit expansion, and 41% for maintenance. For listed high priority highway projects, 96% is allocated to “improvements” and other changes beyond maintaining existing infrastructure.

{the 22nd Street interchange as envisioned by NorthSide Regeneration} 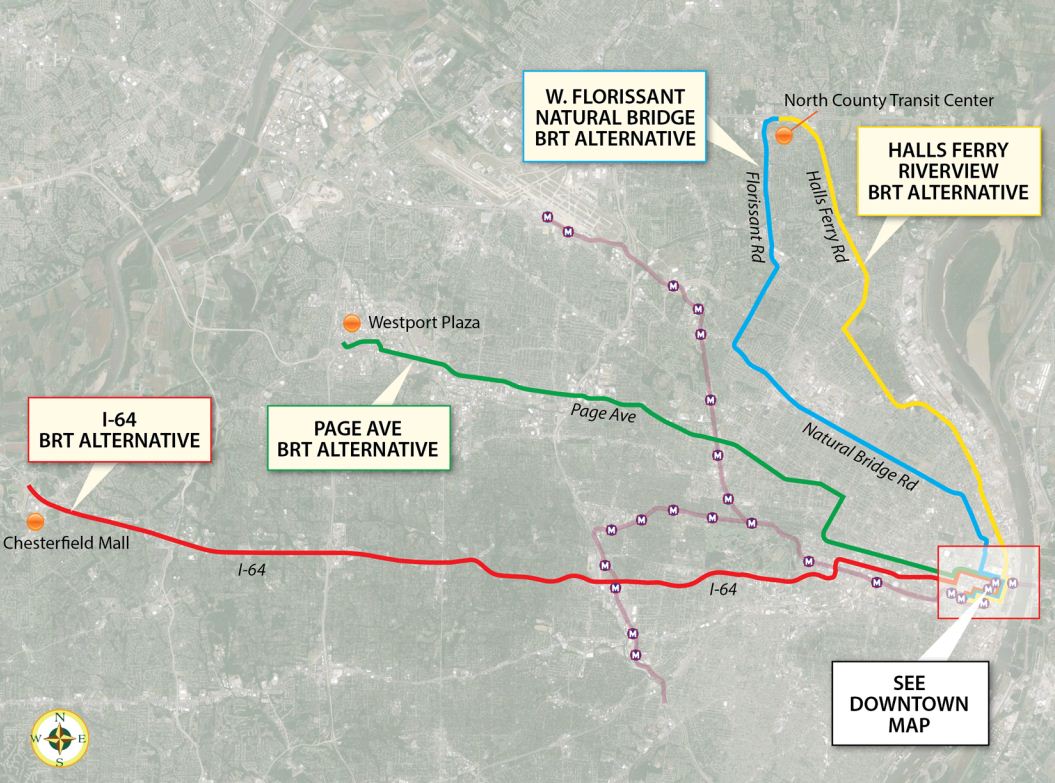 More than any other county, the City of St. Louis carries the burden of building infrastructure for others. This makes funding projects via sales tax even more troublesome for the already economically challenged city. It’s not yet clear if the city sees real opportunity in the sales tax to fund otherwise moribund projects, or if it is simply being prudent in planning for possibility of the ballot measure passing.

Due to its regressive nature, avoidance of applying costs to users, and volatility, a sales tax remains a terribly misguided way to fund highways, and some transportation projects. The current state of affairs is a manufactured crisis brought about by overbuilding and long underfunding infrastructure. Continuing to build unsustainable highways will soon lead to yet another funding “crisis”.

The city’s list appears more heavily tilted toward transit and bicycle/pedestrian infrastructure, though without project cost estimates, the proportion of funding allocated to each is unclear. We’re told that the list will be made public shortly, and it will be interesting to hear how the city chooses to frame its position on the issue. Asked by nextSTL to confirm the authenticity of the list below, a spokesperson for the Mayor’s office declined to comment.