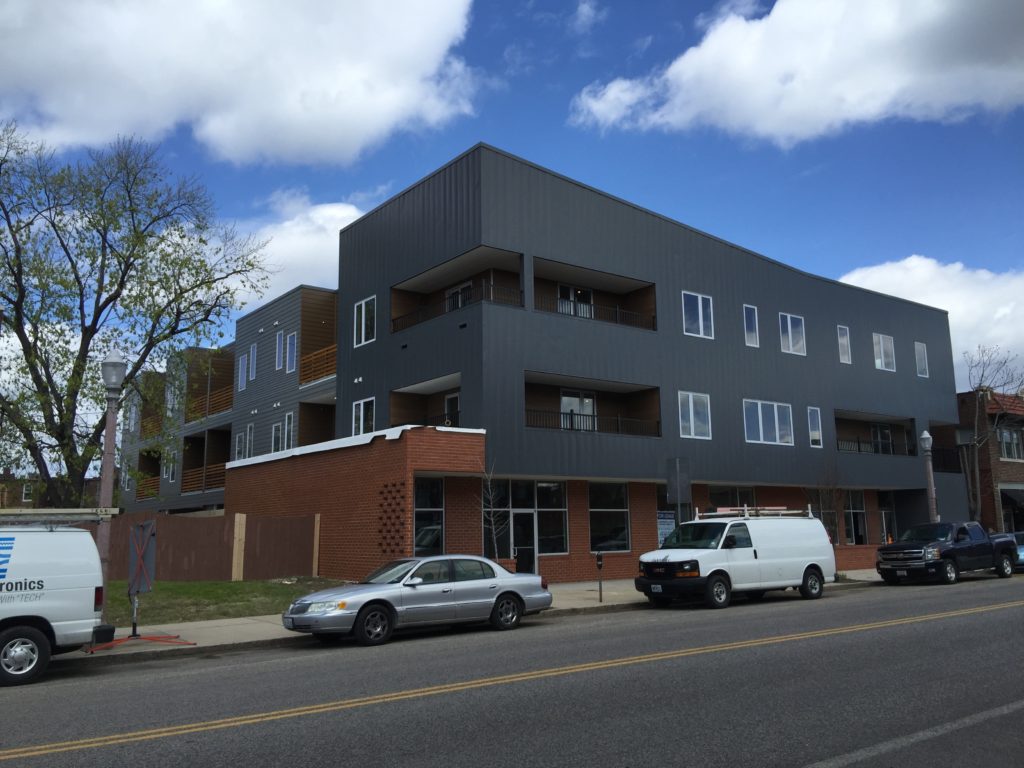 Pending support from the neighborhood development committee, The Grove is about to leap to the forefront of contemporary urban infill design in St. Louis. As many of the City of St. Louis neighborhoods seeing investment are local historic districts, the Forest Park Southeast neighborhood is one place where contemporary infill can find a home.

Proposed  by Paramount Property Development and Principal & CEO Kyle Miller, the project is designed by UIC. Paramount has most recently completed the renovation of the Lacassian Lofts and previously completed the Magnolia Place development. UIC is best known for their nearby Botanical Grove project.

The proposal for 4321-29 Manchester calls for the demolition of the single-story white “Donut” building on Manchester, to be replaced with a three-story mixed-use building. The ground floor would consist of two 1,400sf commercial spaces and 20 parking spaces. There would be 20 apartments above (15 1BR, and 5 2BR units). 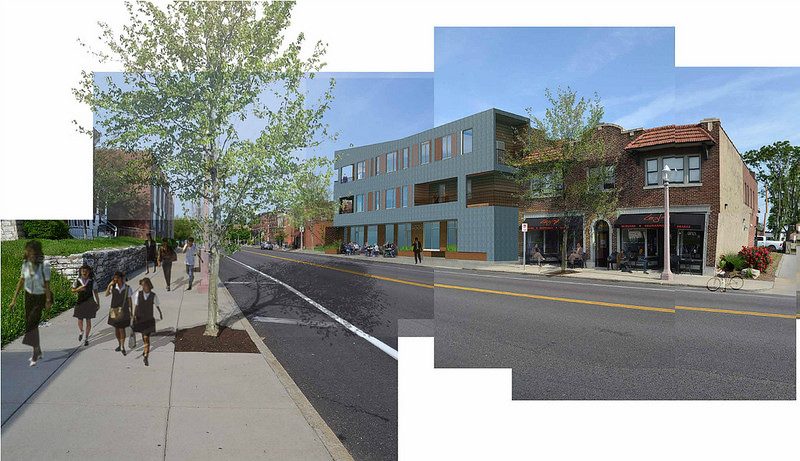 The Paramount/UIC project would bring the first new mixed-use construction to the Manchester strip. UIC introduced a custom designed home to the neighborhood in 2011. Several blocks north the heinous Aventura project was completed this past year, and equally awful townhomes were built at Chouteau and Tower Grove by the same developer.

Aventura received millions of dollars in property tax abatement after the project was well underway. The townhomes, built on former city-owned vacant lots, received no public subsidy. Paramount is requesting 10 year tax abatement, support to demolish the existing building, and purchase city-owned property. The developer estimates property taxes after completion would be $32,000 per year (current taxes are $1,115 annually).

The Donut and adjacent lot are owned by Paramount. The city-owned vacant lot across Manchester Avenue would be utilized for retail parking. If all goes according to plan, the project could break ground this fall and be completed as early as fall 2015. 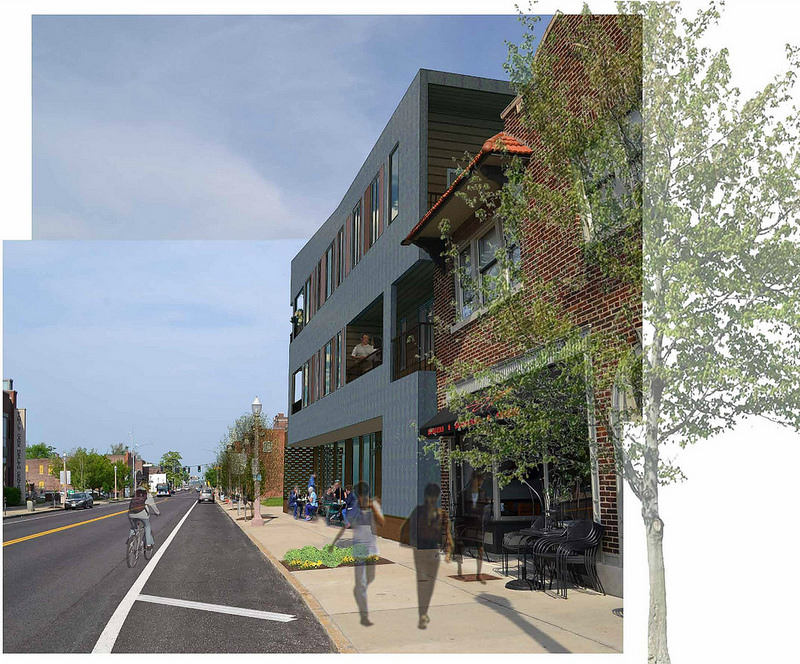 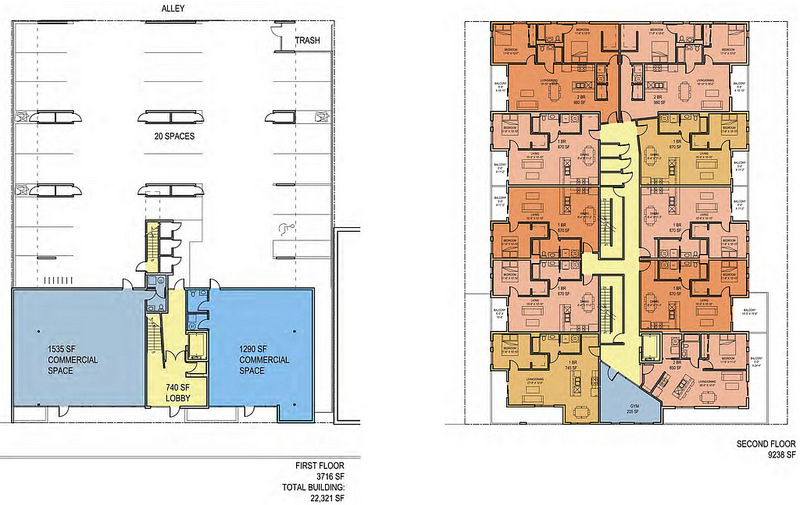 The Grove has been gradually redeveloped over the past decade, adding restaurants and retail, offices, bars, to historic spaces along Manchester. Urban Chestnut Brewing Company’s recent conversion of the Renard Paper building represented a new phase of development. The Paramount/UIC project will be presented to the Park Central Forest Park Southeast Development Committee at their June 24 meeting.

The neighborhood is adjacent to the Washington University medical campus and adjoining Cortex development and other medical institutions. The region’s first IKEA is being built nearby, and significant development is coming to the eastern end of The Grove with the eventual sale of the Commerce Bank site, and development of Midtown Station. 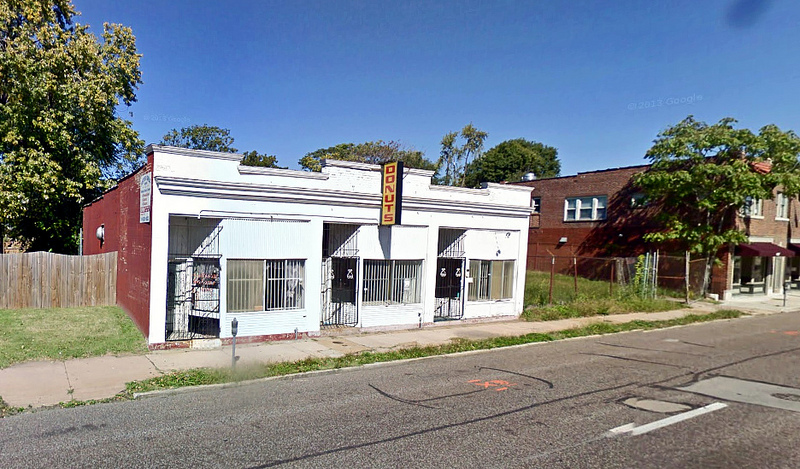