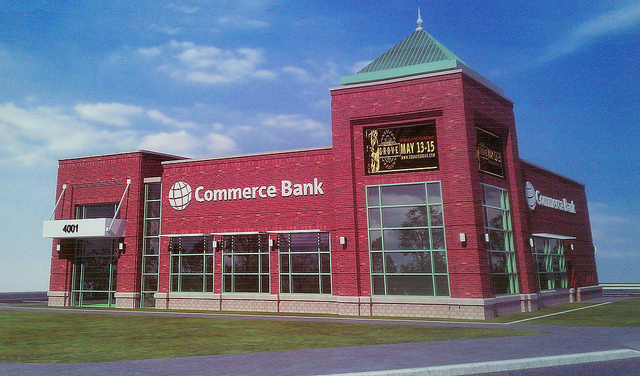 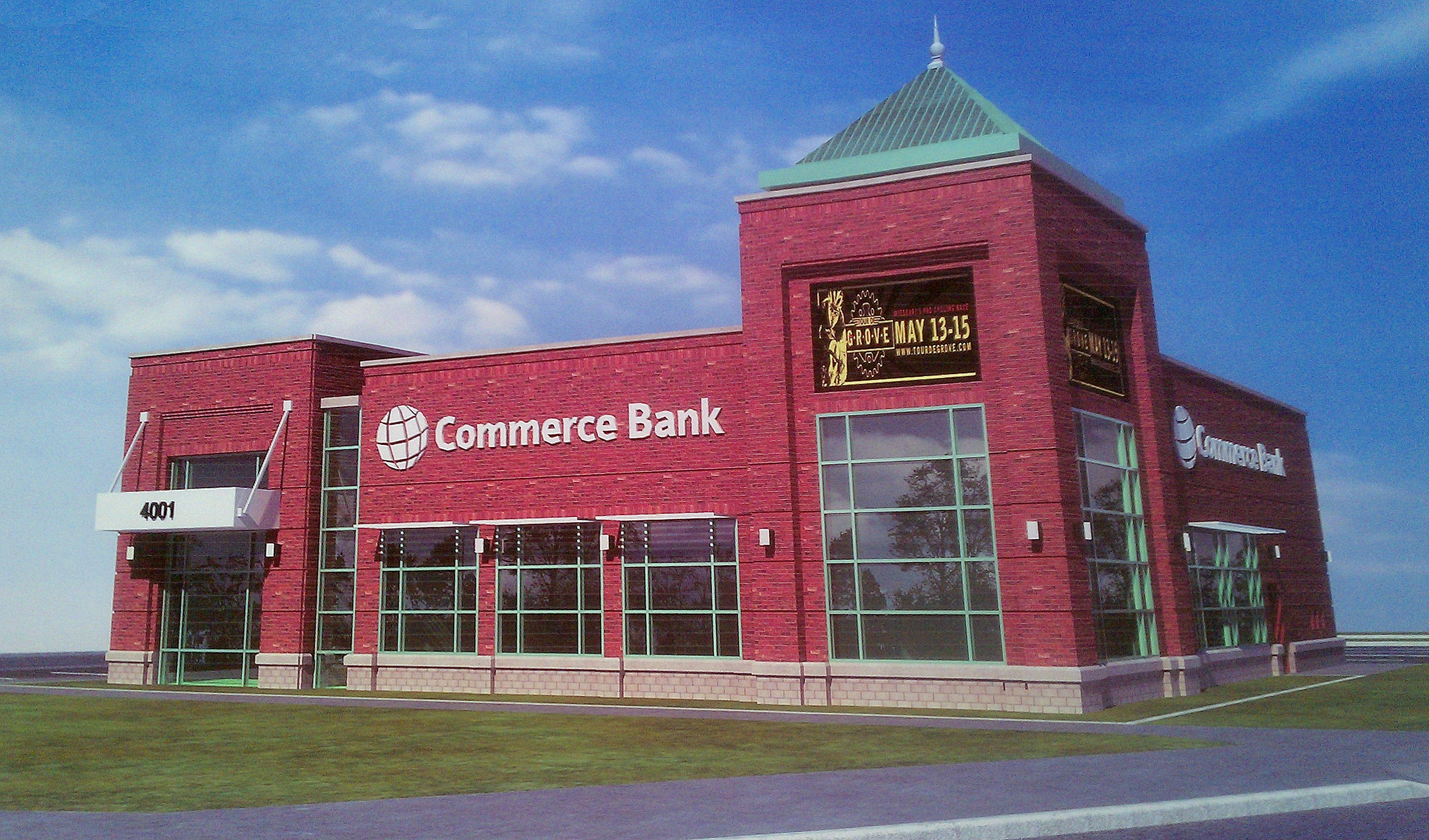 Commerce Bank is ready to move forward with plans to demolish their existing building at 901 South Vandeventer in The Grove. The large 5.5 acre site has just one building and has long been seen as a marquee development opportunity at the east end of the revitalizing neighbhorhood. The Commerce Bank plan calls for a new, much smaller, suburban, standard branch building at the corner of Vandeventer and Manchester Avenues.

The new building would be one-story and largely brick. Landscaping would be used to fill in spaces left by the positioning of the building. Drive-through access would remain off Papin St., meaning that street is unlikely to be closed as has been suggested in the past. No demolition permit has been issued for the current building and Commerce has not announced a project start date. The bank plans to sell the existing building lot and adjacent parcels, totaling 4.5 acres. 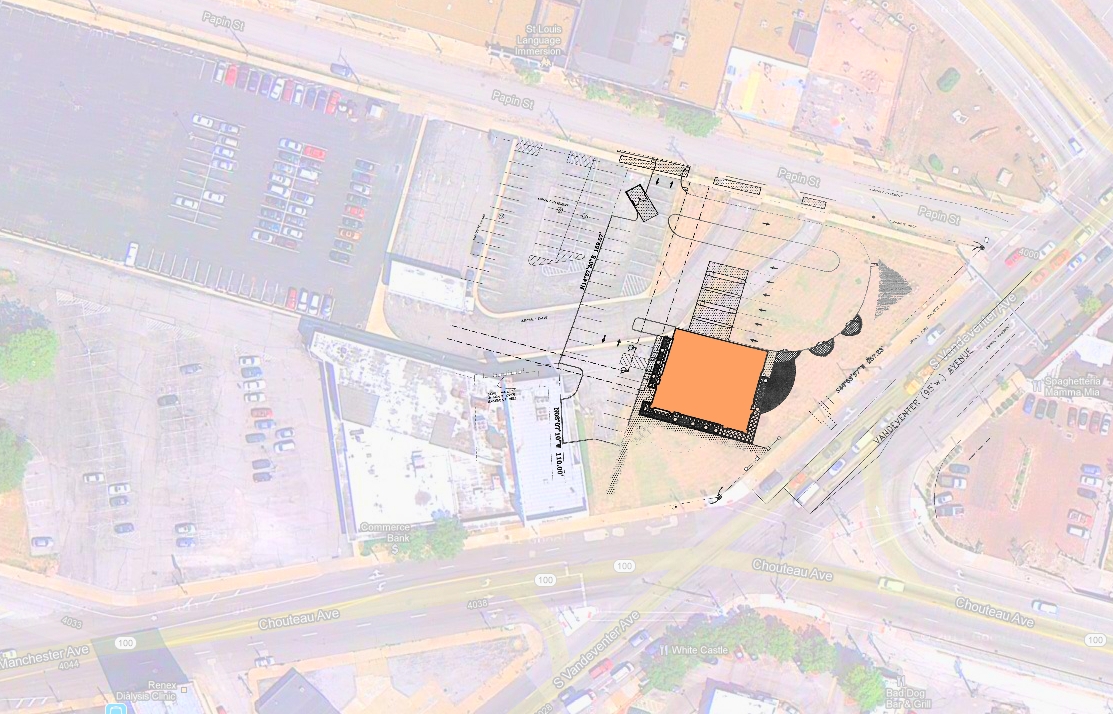 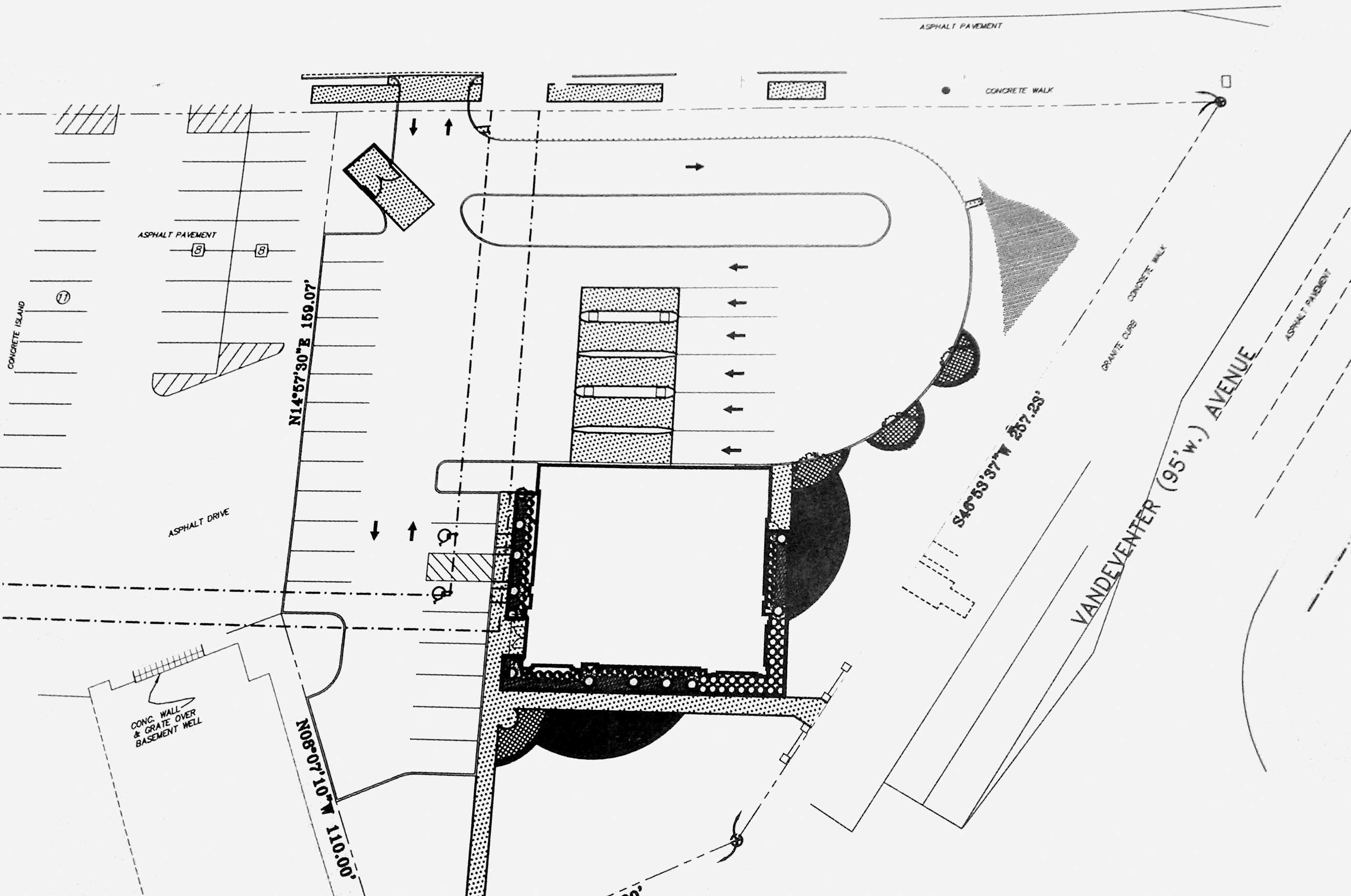 According the to the City of St. Louis, the Commerce building dates to 1910. If true, it has clearly been reclad around the 1950's and significant additions have been made. The 1910 date would mean that it is the only building remaining from the era of the photo below, taken at the Vandeventer-Chouteau intersection and dated 1925. The building would have been just out of the photo to the left. 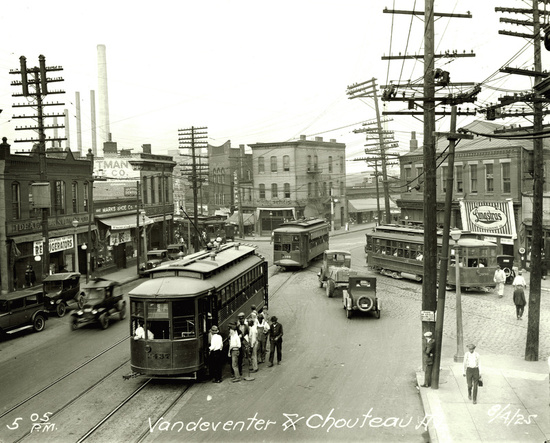 Regardless of its possible provenance, the building will be a loss. It is wisely built to the street and has a much more urban form that the proposed replacement. And it has style – a style which Commerce Bank likely believes doesn't portray a "modern" image. It's unfortunate that Commerce has not found a way to repurpose or renovate the existing building to fit its needs.

Leaving the building in place, or building the replacement in its footprint would be preferable for the neighborhood as it would allow for the construction of a more urban buiding along Vandeventer and Chouteau. This is recognized by the Park Central Development Corporation, as it has stated the site is appropriate for more dense development and that parking and the drive-through would be better positioned further west. Regardless, it appears that the Commerce Bank proposal continues to move forward as-is.

The development and the sale of 4.5 acres of surface parking and grass lots offers an enormous opportunity for The Grove. With continued business development, structured parking is needed and would fit well here. The lot size would allow for a substantial mixed-use project including residential, office and retial space. 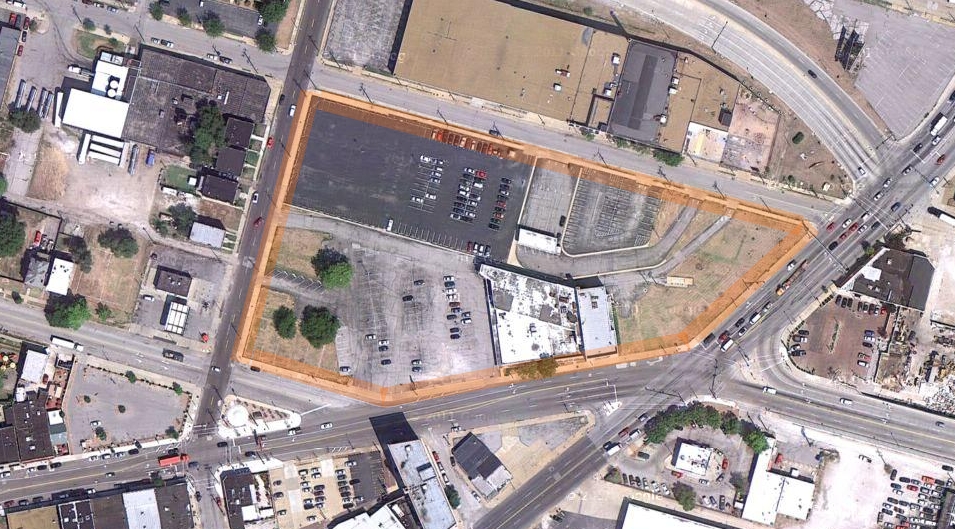 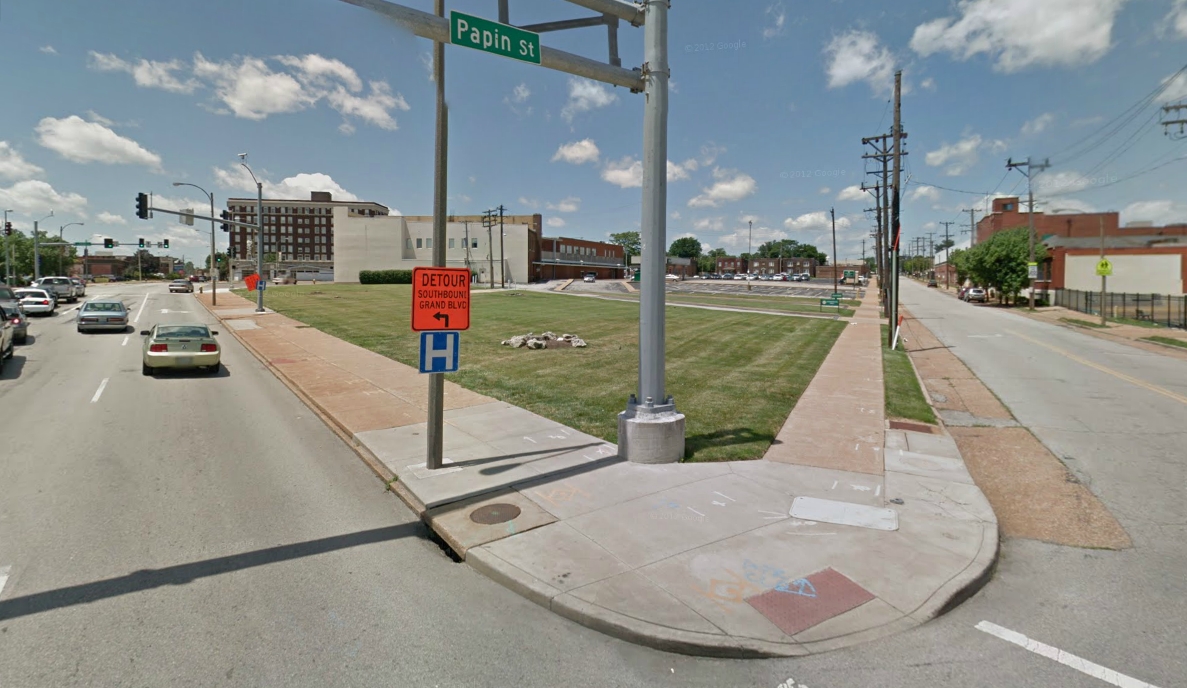 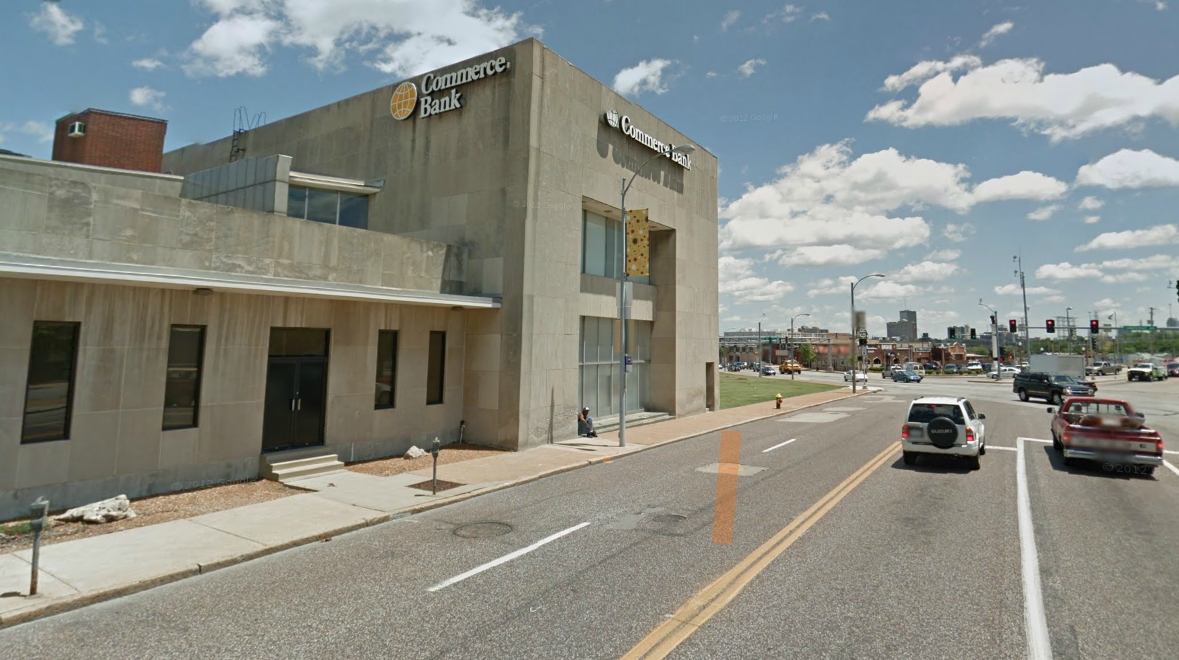