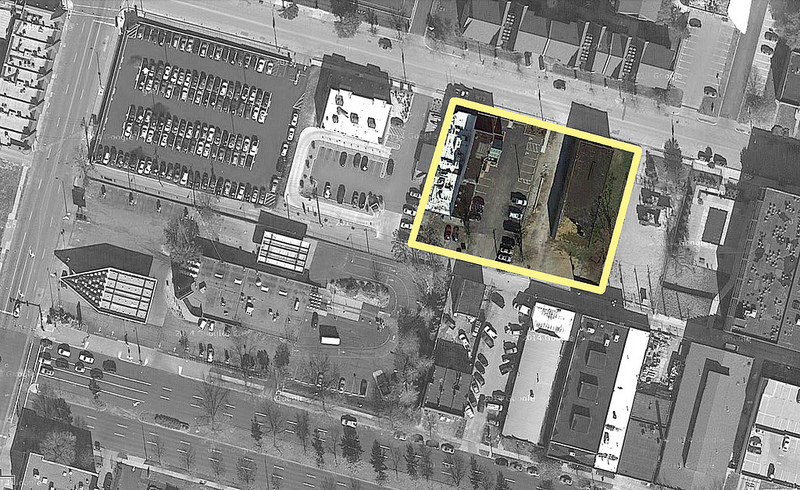 A while back nextSTL caught wind of rumors that The Shack  would be closing and making way for a residential project. It seemed improbable, but much of the development in the City of St. Louis seems improbable these days. And seemingly like most rumors of late, this one is moving forward.

St. Louis Magazine has reported that The Shack will be closing April 25. The restaurant and bar seemed to be doing well, and co-owner Brant Baldanza told STL Mag that there were no plans to close until he and his partners were approached by a developer. The Shack itself, and nearly all equipment, light fixtures, and more is headed for a new location in the former Wild Agave space in Valley Park, according to STL Mag.

The Shack was a new concept in the summer of 2012, and followed Pierre Laclede’s Pub & Eatery in the space, which itself followed a number of pub-style restaurants. The concept was originally touted as being that place Saint Louis University graduates would remember and return to year after year. The university is located immediately across the street. The Valley Park location will obviously depend on a different clientele.

Plans have not yet been made available and it’s not known if the project will include a retail component, but existing buildings are expected to be demolished. If it does, there’s reportedly a chance The Shack could move back in. Presumably the project will include 3802 Laclede, just to the east, which has been vacant since at least 2008 per city records. Just to the west of The Shack, three buildings were razed in 2011 to make way for a Jimmy John’s and Papa Johns in a two-bay storefront.

{the development site will presumably include The Shack and 3802 Laclede} {3802 Laclede would presumably be lost to the residential project}

While development often seems to comprised of linear headlines, a closer reading of the narrative looks a little different. Both The Standard, the adjacent 465-bed development, and this project, were well underway well before the announcement was made that Ikea would be built just across the street, and Cortex would had more than half a million square feet of research and office space, as well as retail, just down the street.

If this area was set to explode with development prior to the Ikea announcement, and other Cortex projects now being made public, the transformation of this corner of the Central West End and Midtown may exceed the expectations of even the most optimistic who hoped to see long vacant lots and underutilized warehouses once again team with residents and workers.