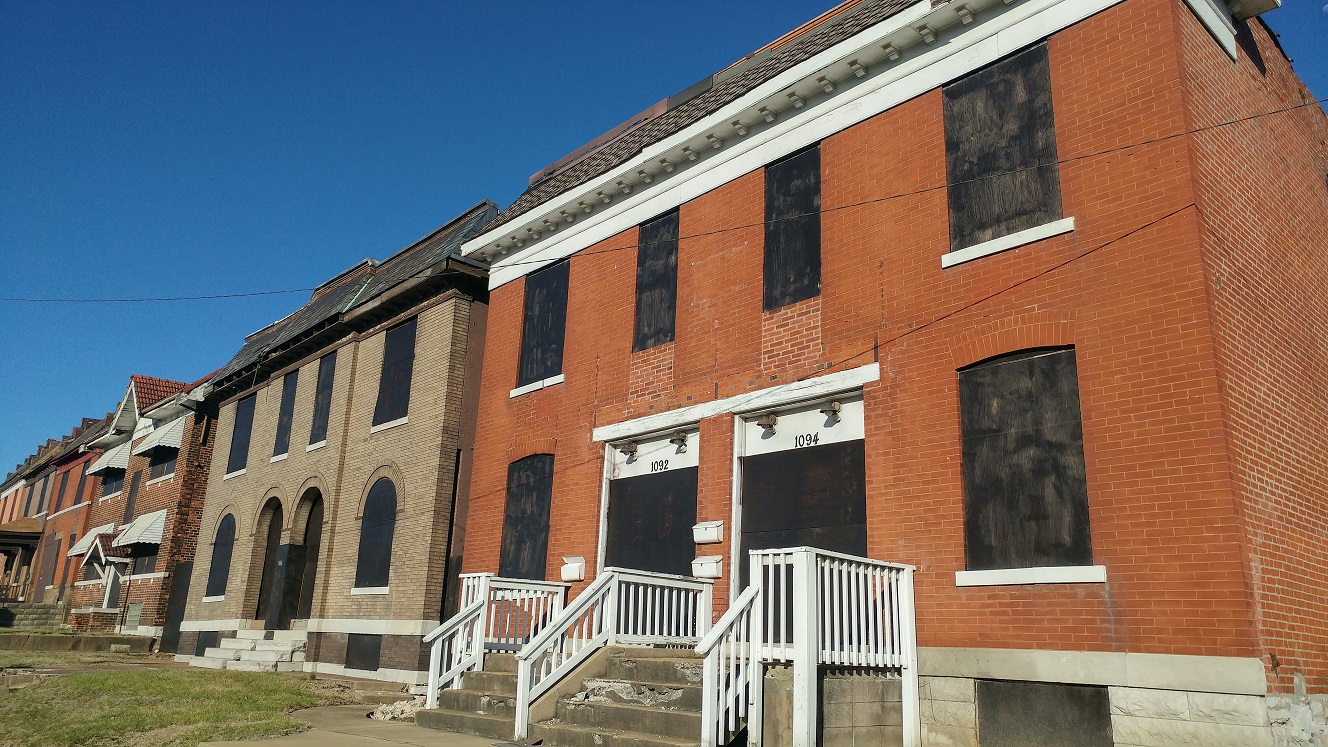 The decade-plus long saga of Drury’s acquisition of properties and inaction in Forest Park Southeast may be coming to an end, at least for some of them. A LLC was recently created, DDC II LLC, and it has purchased (or perhaps Drury transferred into this LLC in preparation for sale) 15 parcels on Kingshighway, Arco, and Oakland. According to the St. Louis Assessor’s records this occurred on April 21, 2021.

That begs the question, who is DDC II LLC? Let’s do some sleuthing. DDC = Drury Development Corporation. According to Bizapedia it had a filing date of April 19, 2021 with registered agent Attorney Joe Jacobson in Clayton. He is the registered agent for a bunch of LLCs. Nothing to gleam there, I think. Also DDC II doesn’t own any other properties in the city.

The owner address for the properties is 500 N Skinker. Attorney Ira Berkowitz has his office there. He’s the lawyer for Lux Living as reported by the Post-Dispatch. He is also the agent, secretary, and a board member of the Commercial DeBaliviere Place Association which is the corporation he, Vic Alston, and Sid Chakraverty reconstituted to challenge Expo at Forest Park. Word on the street among neighbors in FPSE also fingers Lux Living as the buyer. My dot-connecting could be wrong of course, so take it with a grain of salt.

Update May 15, 2021 – Dan Doelling, president of the Forest Park Southeast Neighborhood Association, confirmed in the urbanstl forum that it is indeed Lux Living who is acquiring these properties.

In December of 2019 Drury with H3 Studio presented “South Kingshighway Frontage Plan + Redevelopment Projects” (PDF) at the Forest Park Southeast Neighborhood Association meeting (minutes) in order to kick off a renewed effort to work out a vision for redevelopment with the neighborhood. The initial thought was for a 4-way intersection of Oakland and Kingshighway and utilization of the land owned by Drury and the vacant land owned by WUSTL. Development could include:

Then the pandemic put the breaks on the effort.

Something is afoot now, so what’s next? Demolition in part or in whole? There are 12 buildings in the site footprint. They are in the Forest Park Southeast Historic District so would receive review from the Cultural Resources Office (CRO) and likely go before the Preservation Board. One big building like we’ve seen so often lately to replace them? That would take zoning changes. There are the alleys that would need to be accommodated. What about auto ingress/egress? It would make the most sense at the lighted intersection. Seems challenging to go the one big building route. But on the other hand the buildings on Kingshighway are in rough shape. The blighting effect of the traffic sewer feels extra potent here. I would wager that they are goners, and we’ll see bigger building(s) replacing them. With community and aldermanic support, the big building route would be possible. Time will tell.

Our previous coverage over the years: