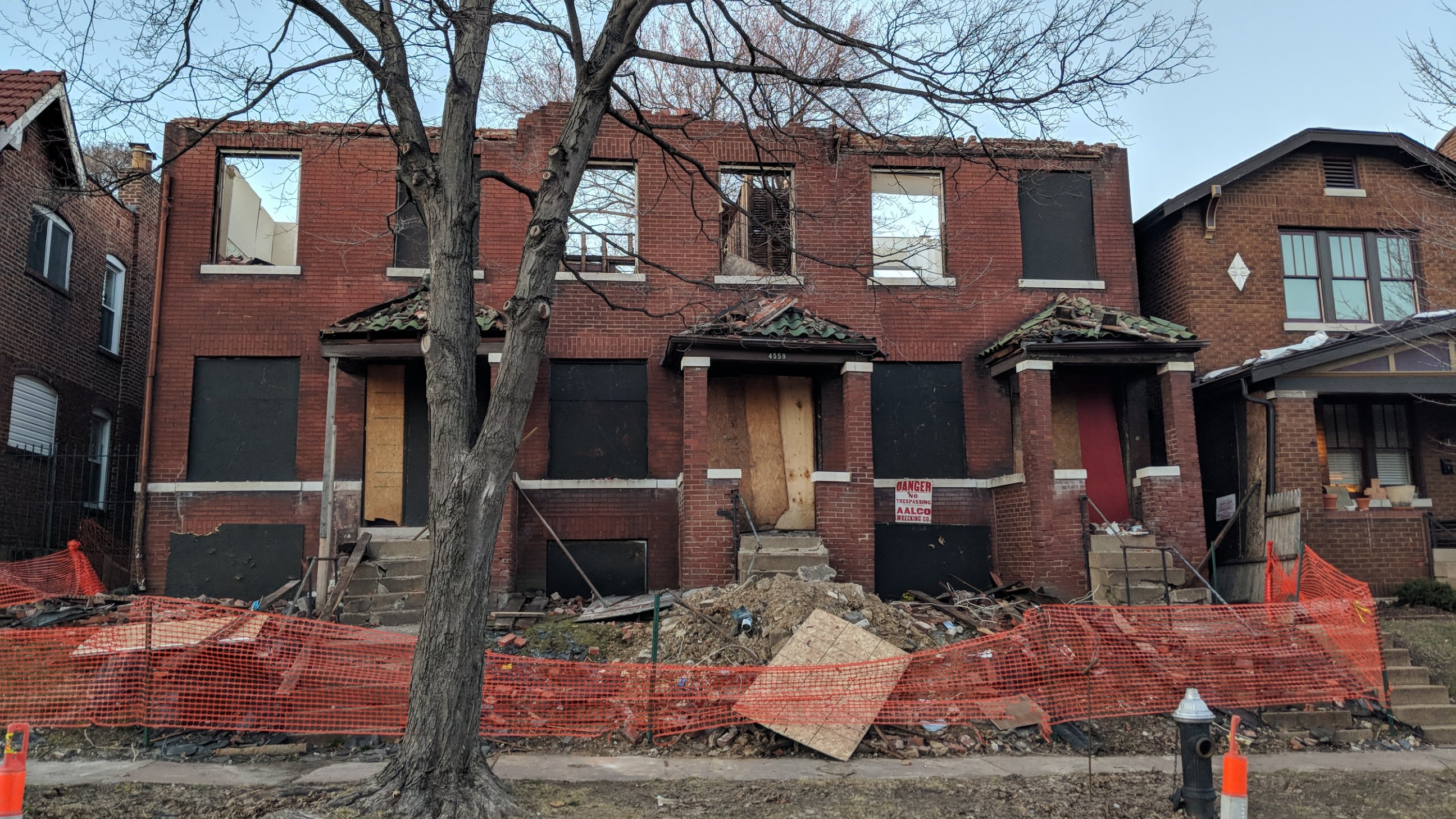 A six-family at 4559 Oakland Avenue is coming down thanks to demolition by neglect. The rear wall collapsed so it “had” to come down. A $29,800 demolition permit was issued February 25th. A $3,316 permit for tap destroy was issued as well. Perhaps it could have been stabilized for $33k, but the point was to get rid of the building, not save it.

Drury Development Corporation and Charles Drury own it and 27 other properties in the neighborhood. Drury planned a hotel at the northwest corner of the neighborhood 10 years ago. It bought options for properties then bought them outright- 15 of them in 2014. Since then it has sat on the properties letting them decline while FPSE has been booming with rehabs and new construction. The view from Kingshighway belies the incredible investment going on in the neighborhood behind.

Drury has been trying to demolish 1092 S Kingshighway since 2016. Park Central Development would approve the demolition with strings attached. From their August, 29, 2017 meeting agenda:

1092 still stands, and there’s no indication Drury is carrying out those requests. Why agree to those terms when they can play the long game of demolition by neglect? 4571 Oakland was demolished by Drury in early 2016. There are no building permits affirming any effort to maintain their buildings. A total of $13,190 in non-demo permits have been issued on their 28 properties. Neighbors should consider what property owners in Fox Park did to try to hold a neglectful owner accountable.