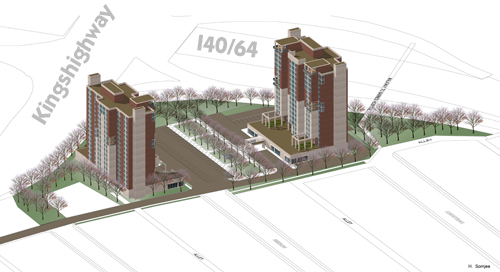 The Calvary Christian Center at 1048 South Kingshighway is for sale. Other than the fact that it is a beautiful older church, why would that be particularly interesting? The Calvary Christian Center was once described by Tim Drury as the future lobby of one or two 350-room hotel towers. The first of the two towers was to be built on the site of the church and possibly repurpose the building.

Until very recently I had heard that the hotel proposal was still active and that, like many projects, absence of financing was to blame for the lack of progress. It's certainly possible that the site plan has changed or that another location within Forest Park Southeast or the Central West End has been located. The attraction of the proposed site was visibility from I-64 and Kingshighway. Few other sites offer a similar presence. One that has been considered is the southeast corner of Hampton and Oakland Avenues (5915 Berthold Ave.), the former site of KTVI-Fox 2.

Whatever one thinks of the hotel proposal for the northwest corner of the Forest Park Southeast neighborhood, it appears to no longer be planned. The church is listed by a realtor specializing in the sale of churches.

From the church listing: "Beautiful 200+ seat church that needs some work. To be sold in as-is condition, seller to do no inspections and makes no representations or warranties. This building is a full function church with baptismal pool, stained glass, space for kitchen (no fixtures in place), and fellowship hall, in addition a separate office suite with large meeting/fellowship room. Parking lot south of property for 12 cars included (1048 S Kingshighway). Total square footage including finished lower level is 11,200+sq. ft." 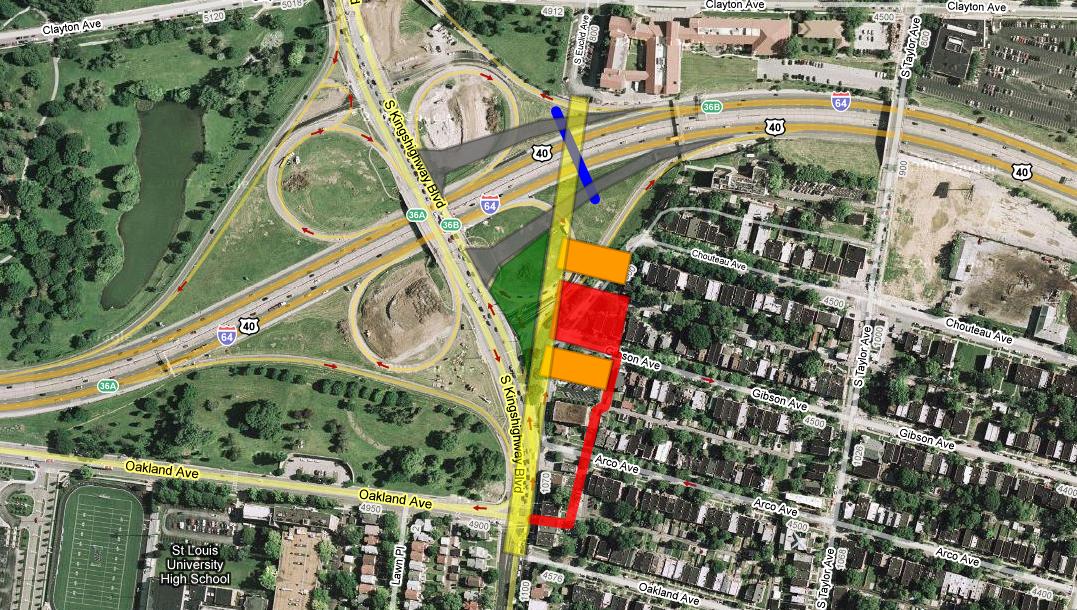