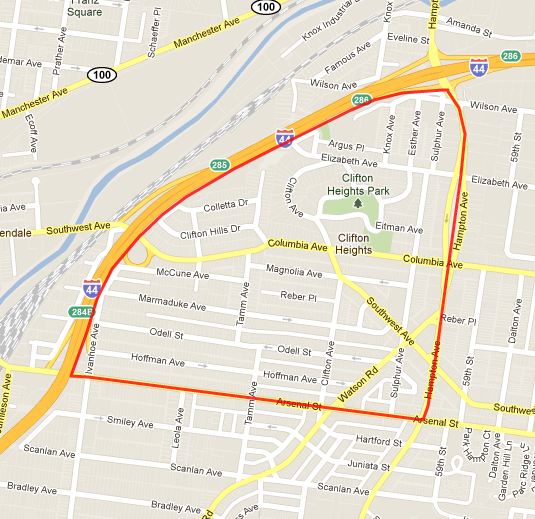 The Clifton Heights neighborhood has a wealth of information on the history and current goings on on their website. The history is long and rich, and expertly documented in the website. Subdivision of this part of the city began in 1880 for residential purposes and continued through 1955 when the large Clifton Hills subdivision was platted north of Southwest Avenue and west of Tamm. This long history of slow development and subdivision is very apparent in the mix of housing that you find within Clifton Heights.

In 2000, there were 1531 households, 65% with 2 or more people. 87% of those are family households, 74% of which are married-couple families. The housing is 93% occupied, 75% of which is owned. Lots of families, lots of married couples, low vacancy rate. This is clearly a stable neighborhood.

The best way I can describe the housing stock in this neighborhood is mixed. There isn’t really a prominent style or defining “feel” to the neighborhood, until you get close to the actual park, which serves as the centerpiece for Clifton Heights.

The southwest reaches of the neighborhood have a strangely compelling mix of sided homes mixed with brick bungalows, 3 stories, 2 stories, duplexes, multi-families, you name it. Even the street trees have no uniformity or continuity. Here are a couple examples of the varied housing stock: 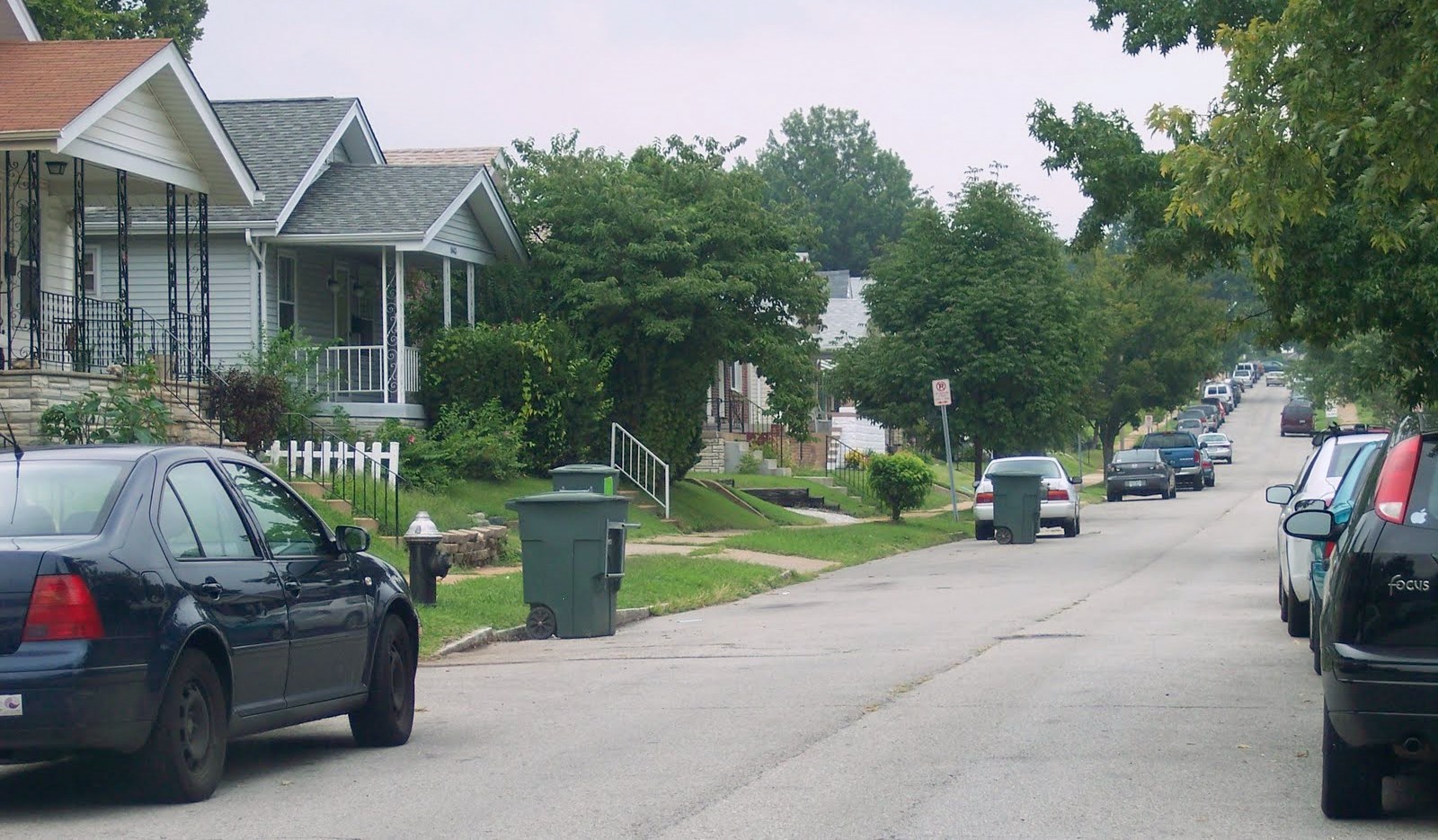 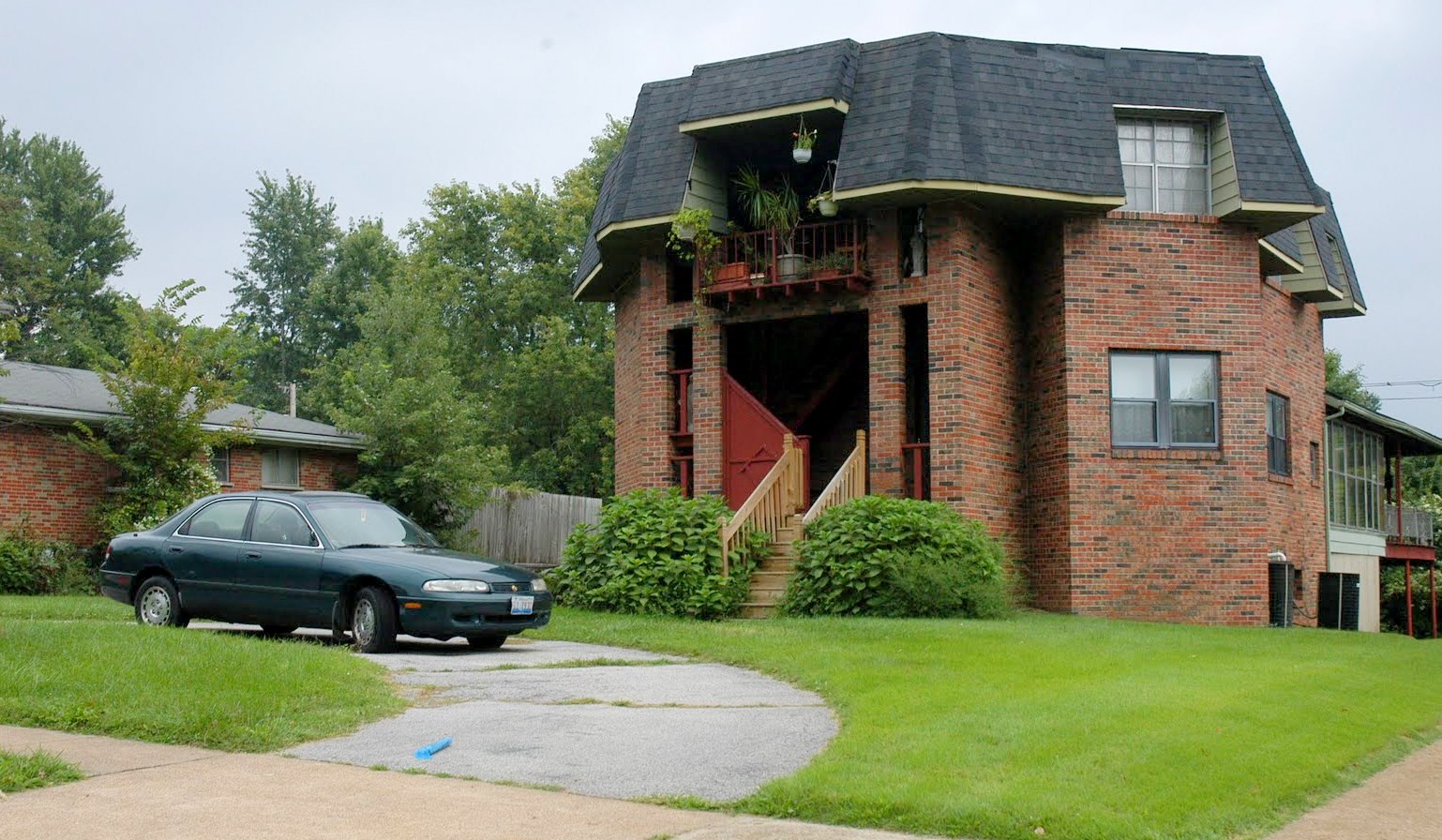 Closer to the park is some of the most unique housing I’ve seen in St. Louis. It actually reminds me of the hilly sections of Webster Groves or old Kirkwood. There are large Victorian style homes surrounding the park. The setting is very serene. This may be one of those truly unique, “nothing else like it” kind of places in the city. 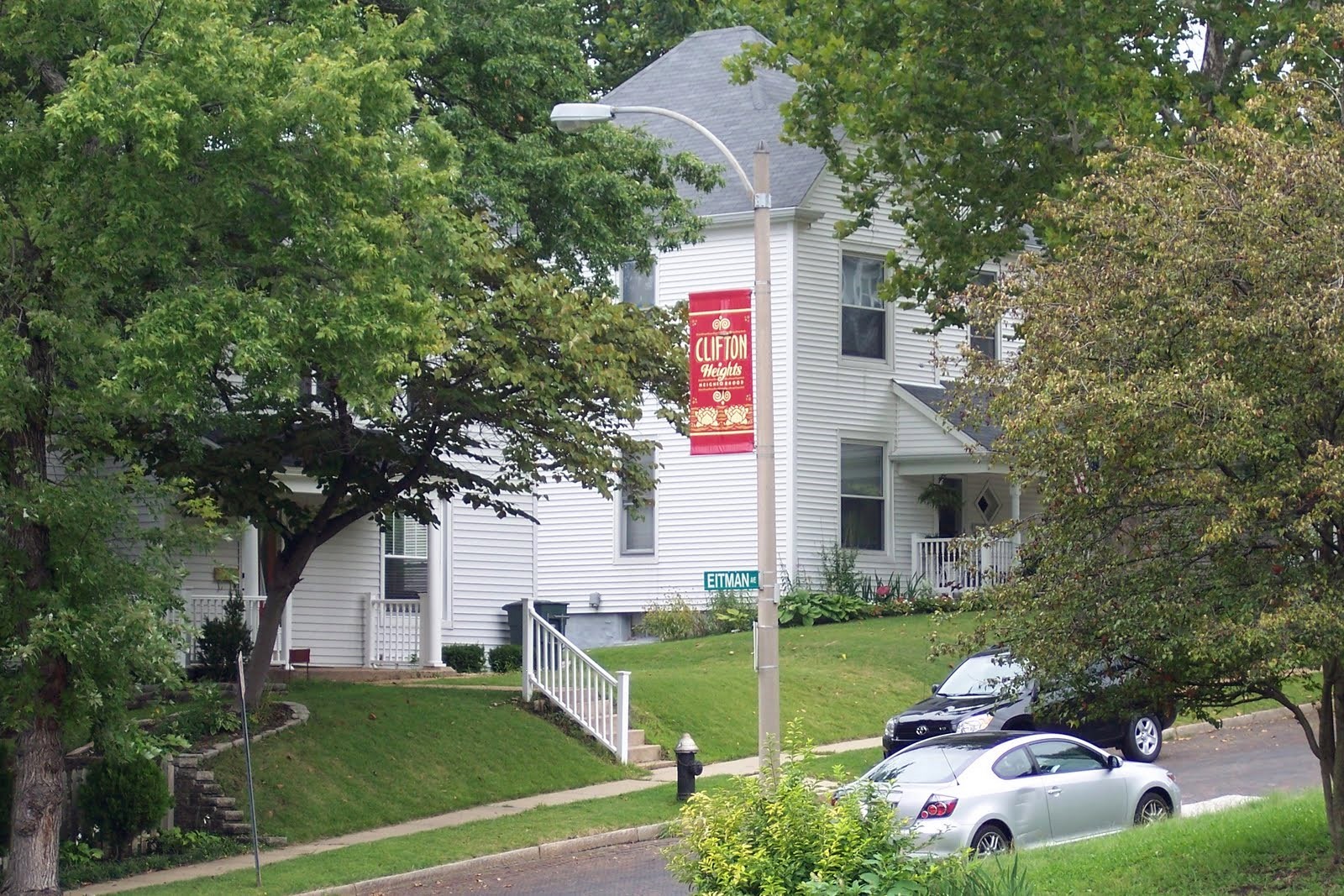 The park is in a low lying area with some nice features around the lake. 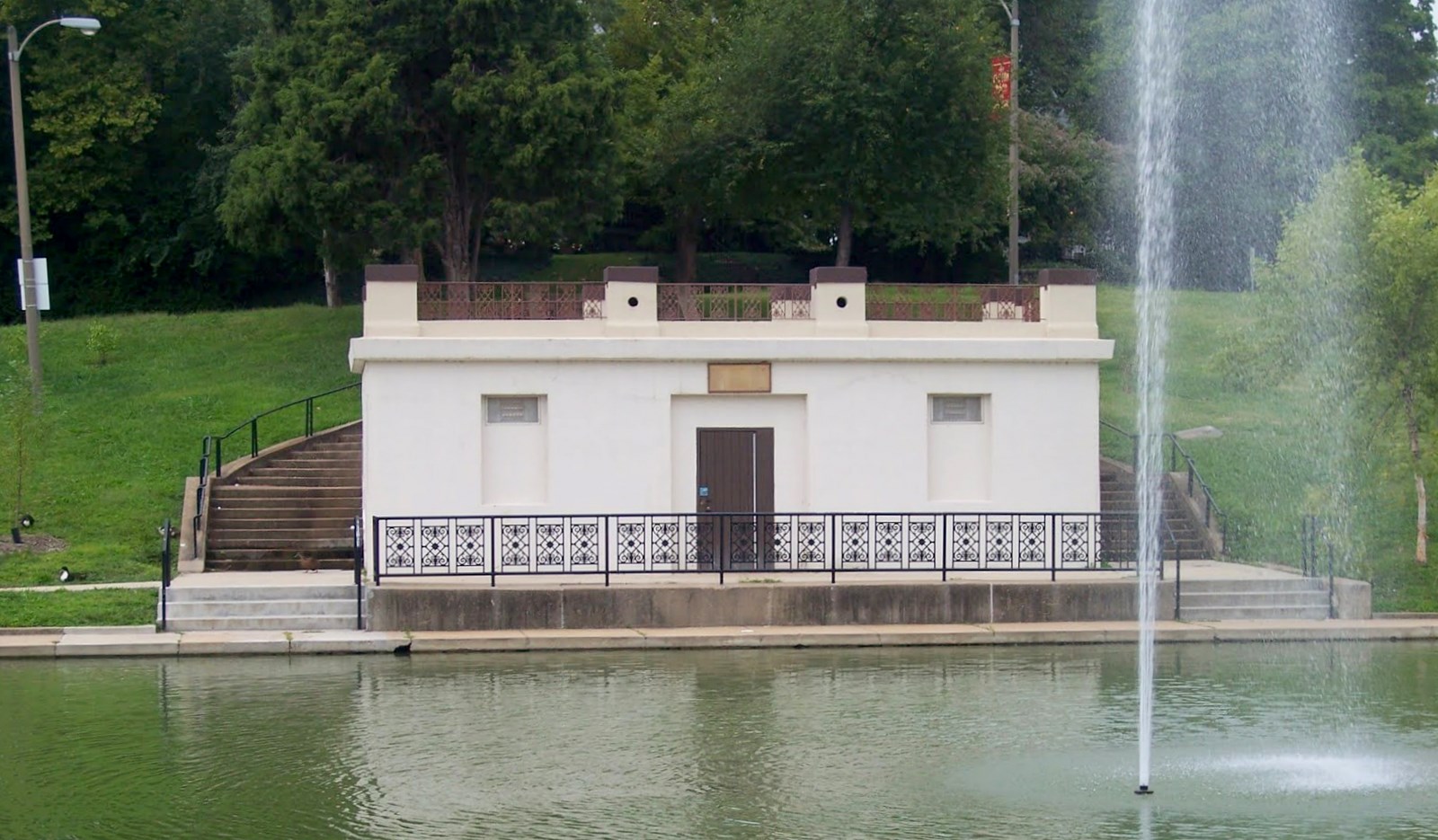 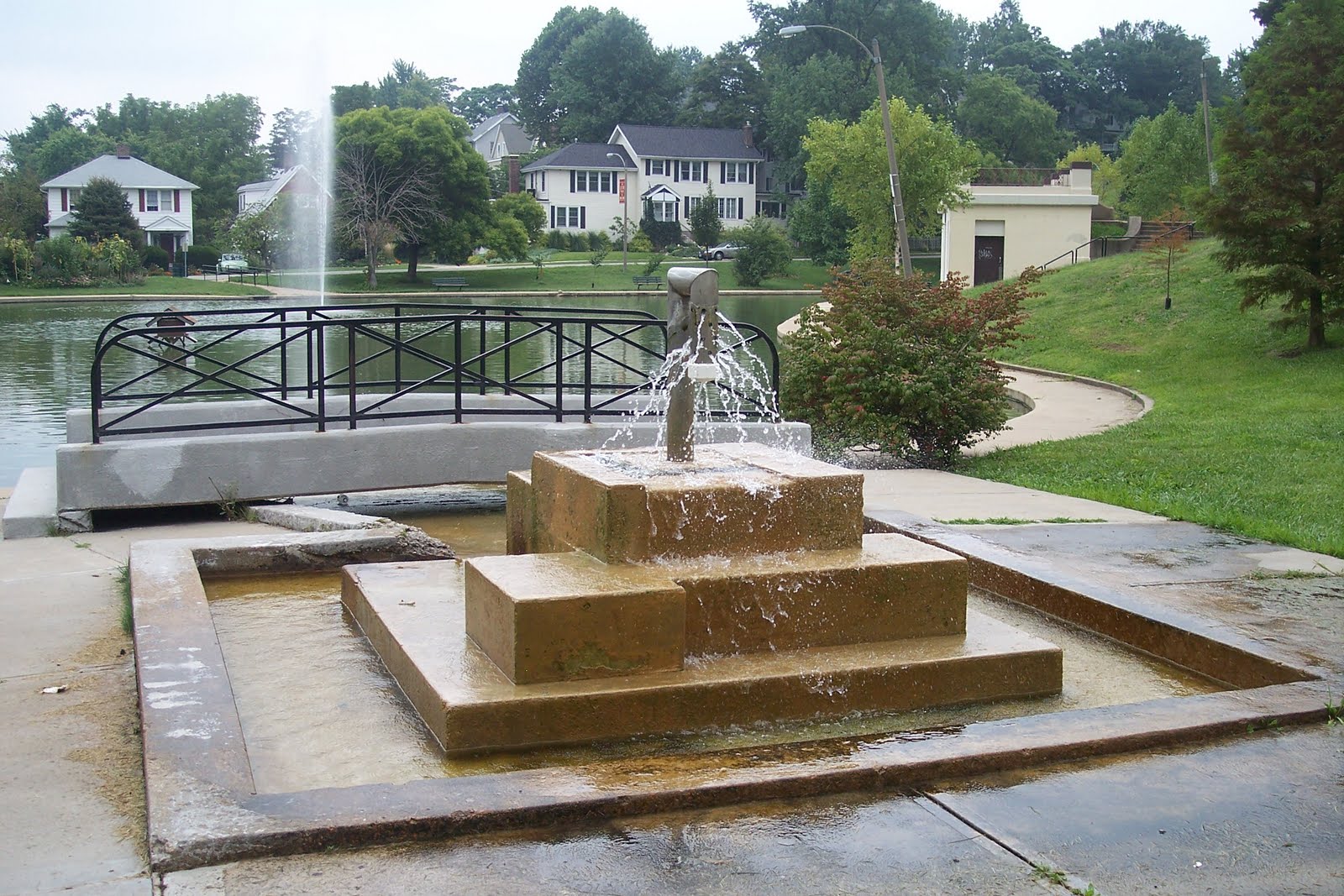 Some of the institutions in the neighborhood are more typical of other parts of the city. 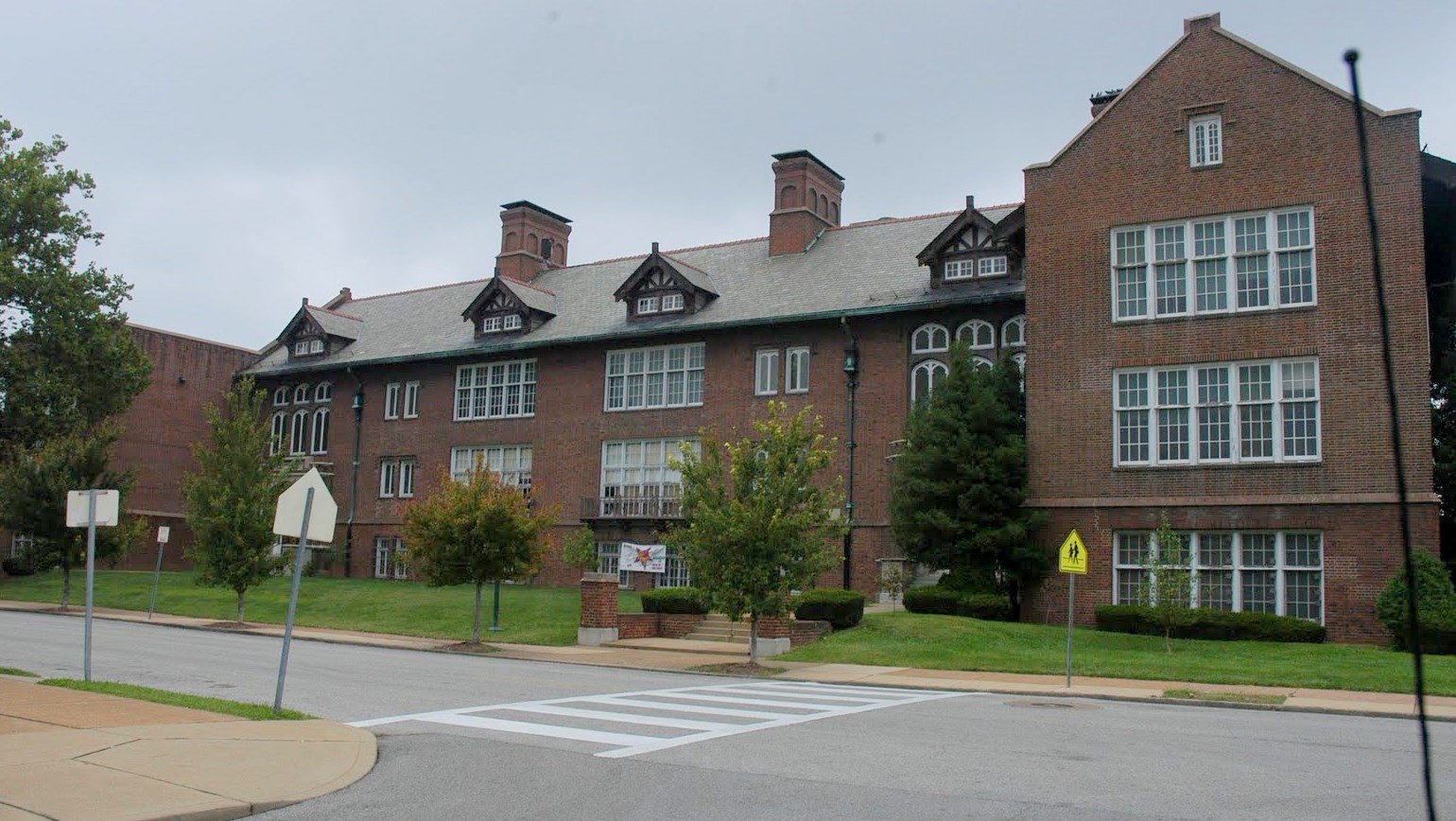 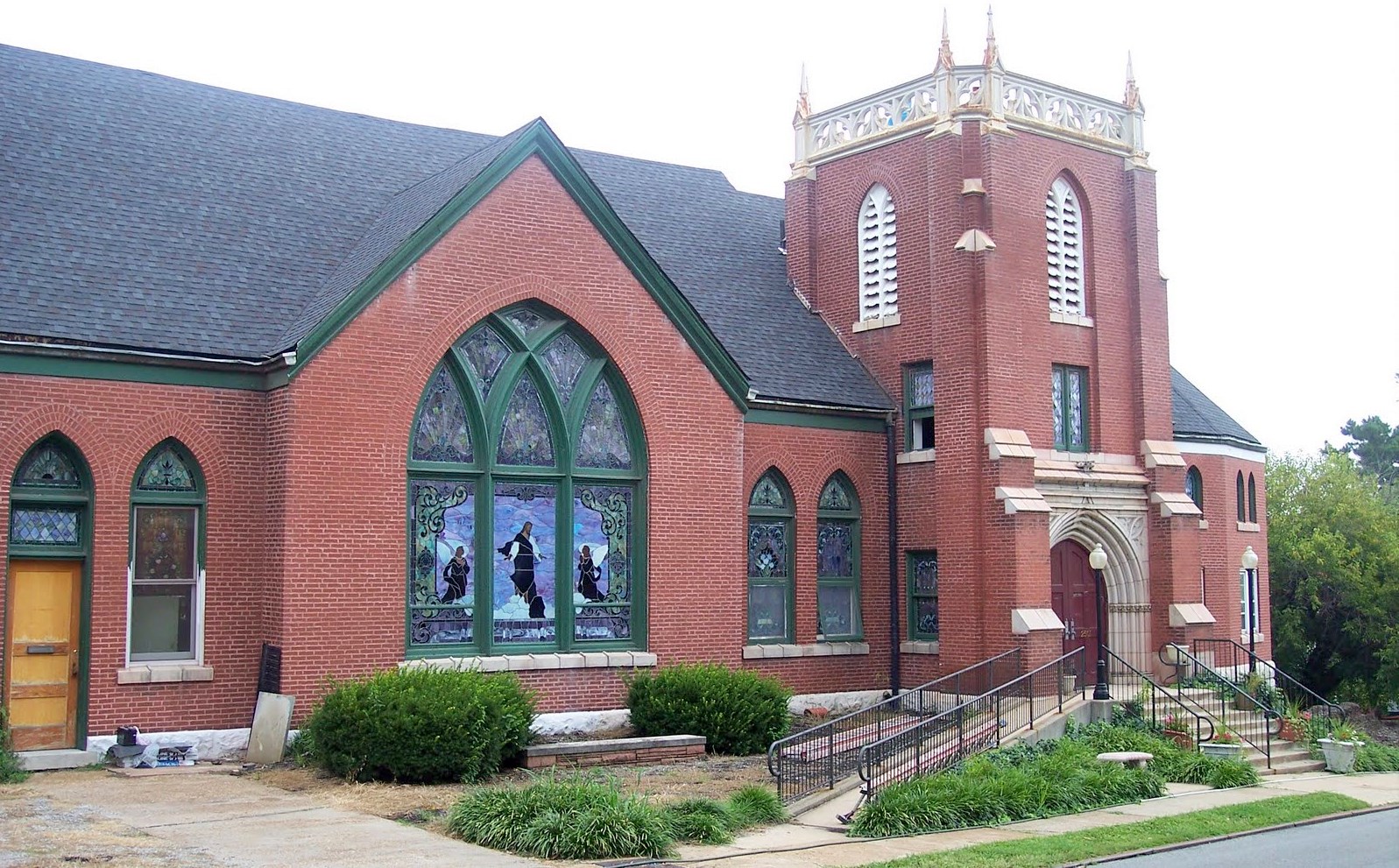 Some of the local nuances I appreciated:

Honey, grab the tree stumps, chain-link and paint, I’ve got an idea… 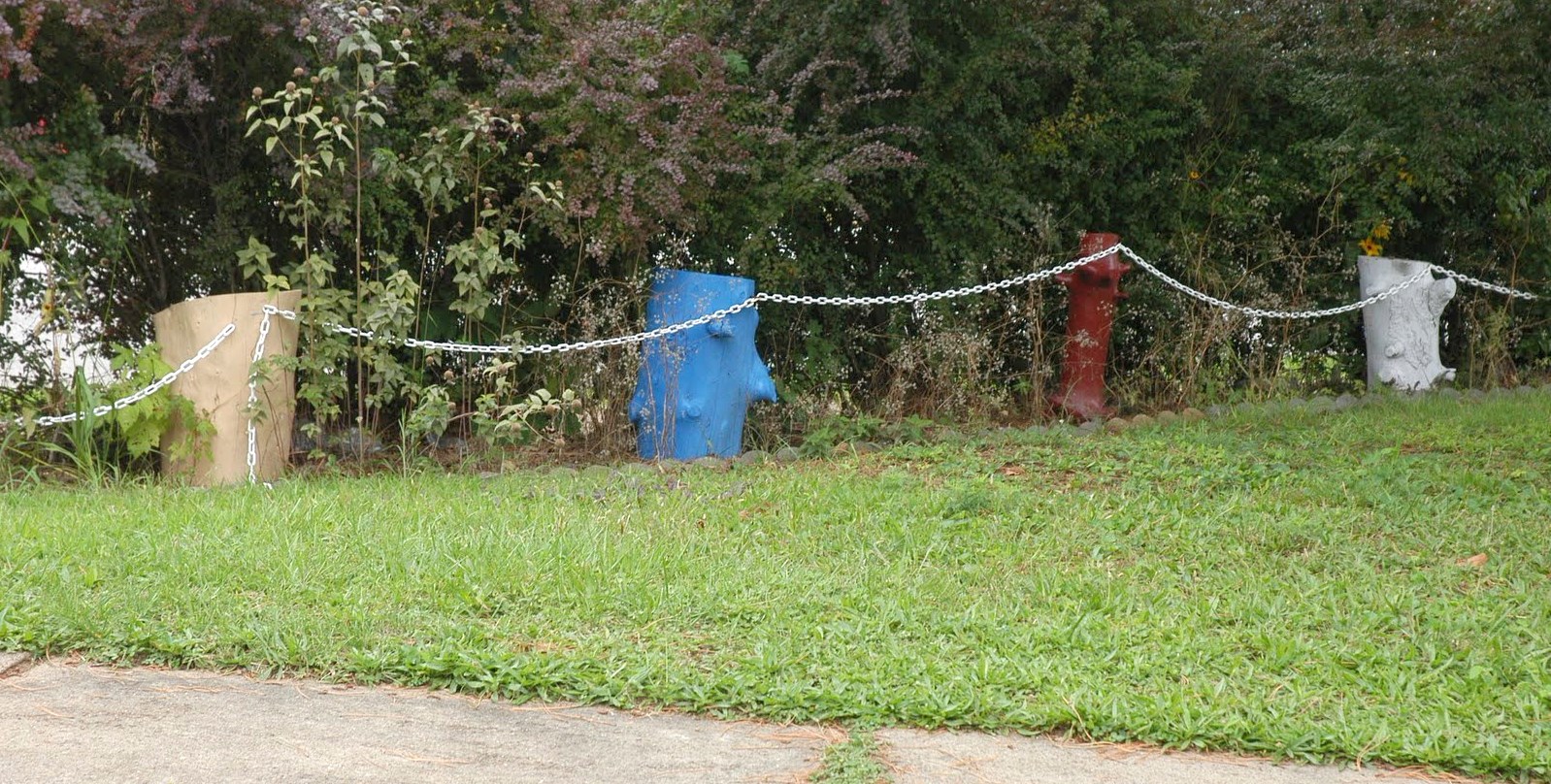 One neighbors disapproving stare as I surveyed the streets. Doh… 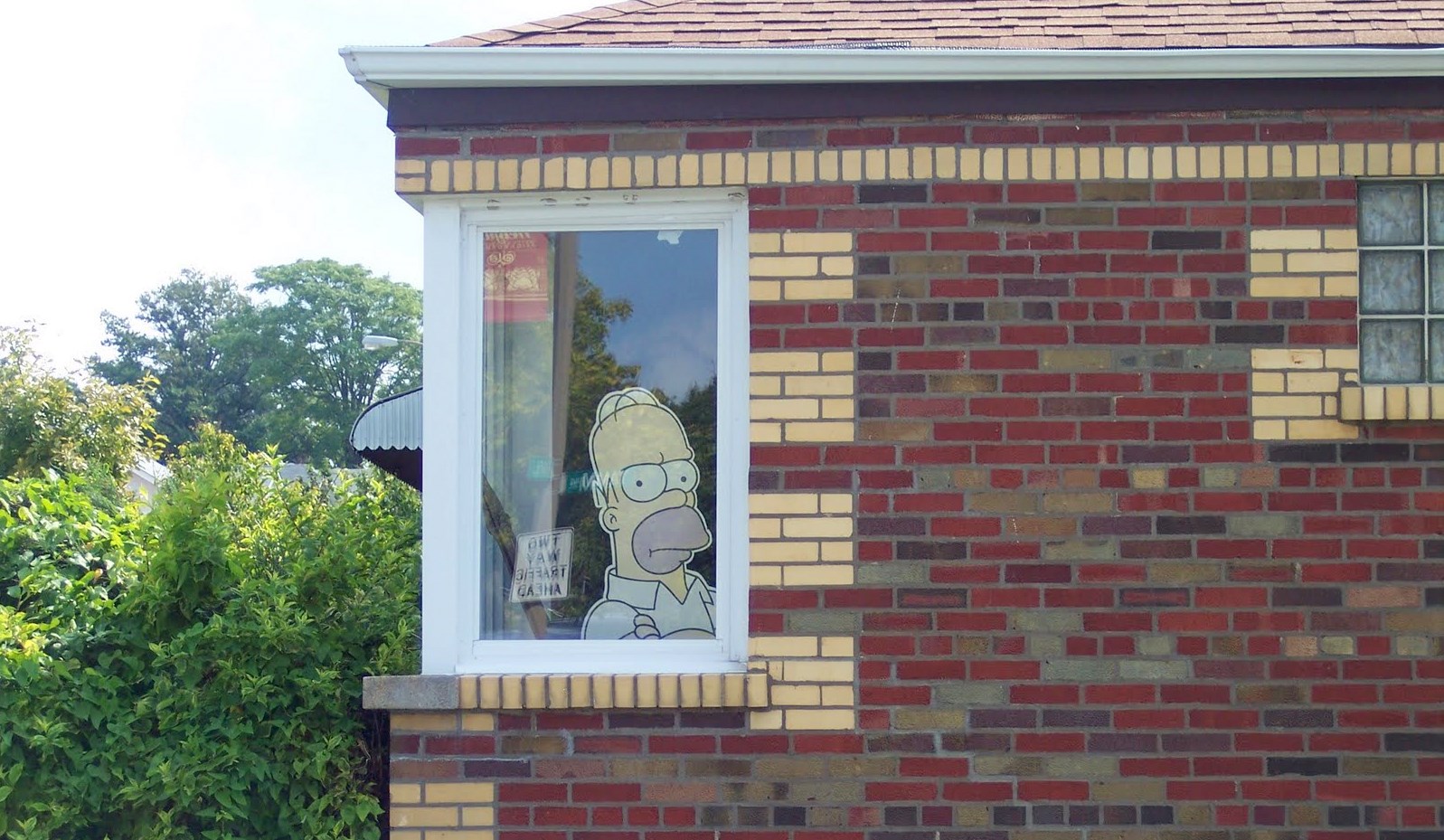 In closing, I would call this a gateway neighborhood. One that is so safe and familiar that it is a good first move for someone who wants to get their feet wet with city living. There is not really a set street grid, so it has a meandering, hilly feel to it. With the rich and beautiful corner store fronts, there are many opportunities for this to be a self-contained neighborhood. 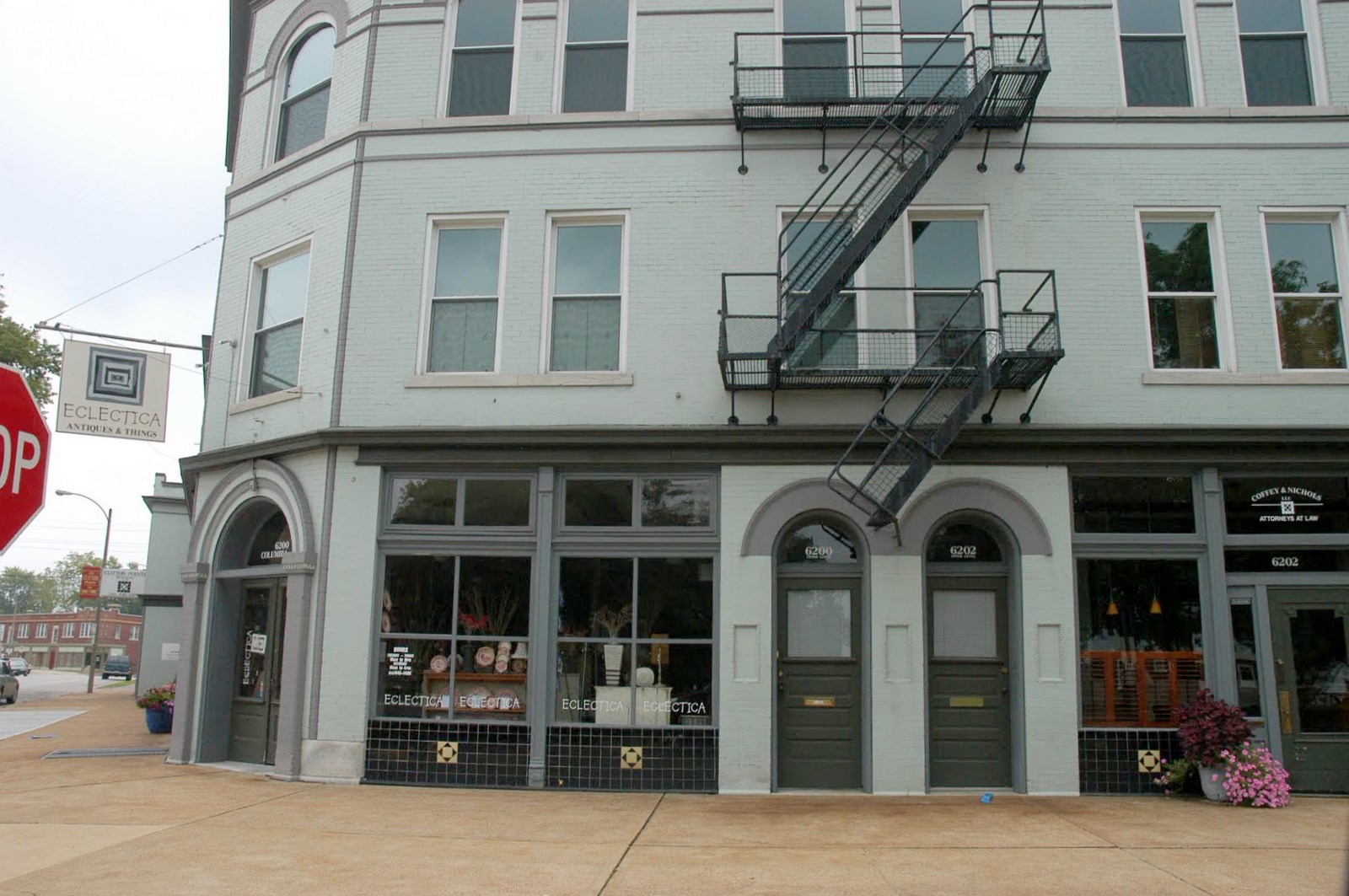 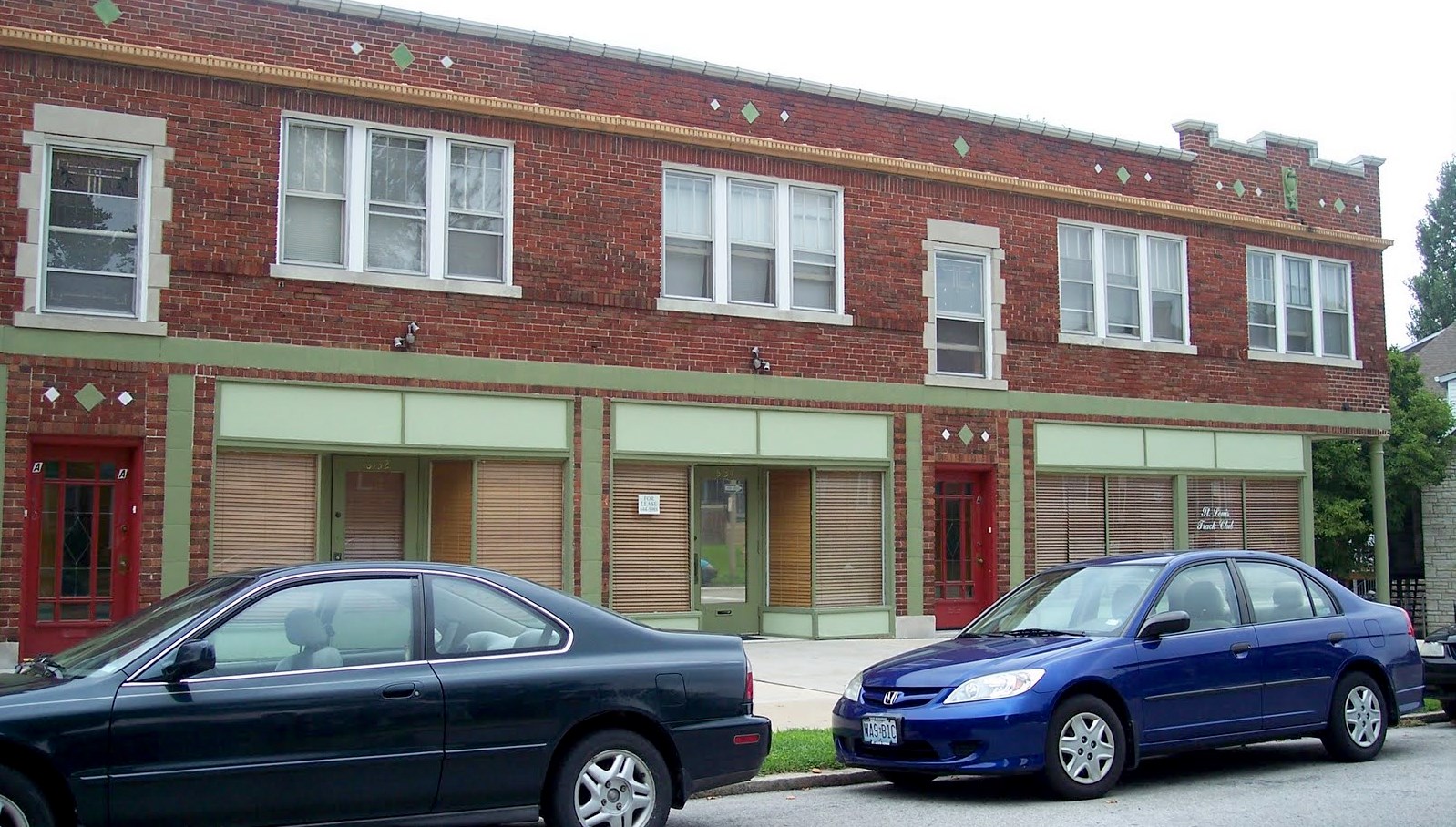 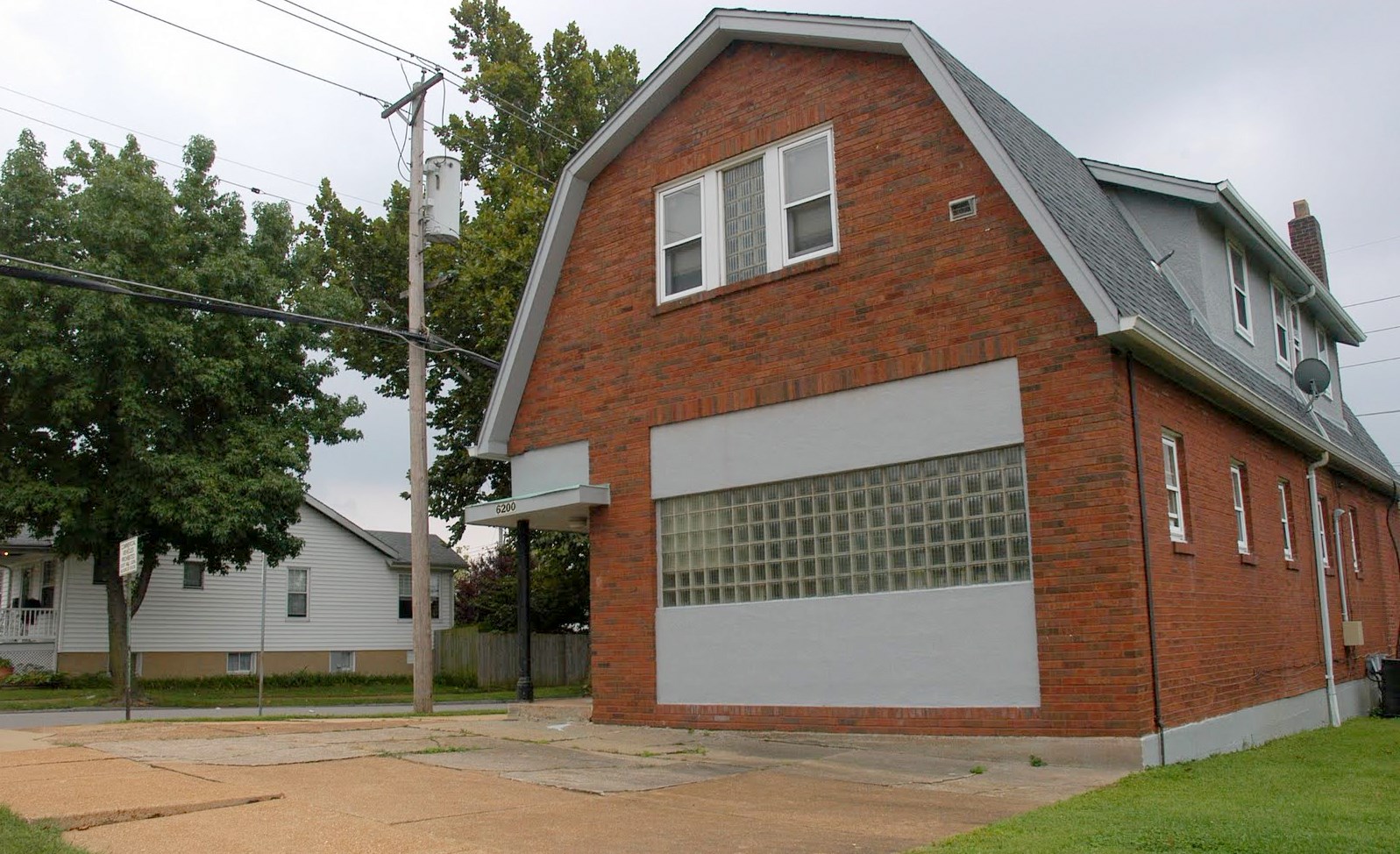 There is a lot of rehab work going on, especially around the park.

There is a huge, relatively new Drury Inn at the northern border of Clifton Heights. Does anyone out there remember the name of the Chinese restaurant formerly on that site? Was it the Diamond Head?

***In June, 2019 I revisited the neighborhood and the following includes updated commentary and photos.***

Misses: I undersold the park. It is a stunning, gorgeous scene. When I spoke to the Park Picnic Project folks back in 2018, they listed Clifton Heights as one of their favorite in the entire city. The neighborhood clearly loves this centerpiece and has invested in a Masterplan which will guide them to the future. I didn’t show the houses; the updates will include much more of what you’ll see here.

Noticeable changes: Not much. The neighborhood is very stable, meaning little changes. There just isn’t a lot here other than single family homes, nicely maintained. Some of the deco and Mid-20th Century buildings along Hampton Avenue have been re-skinned.

What are the future needs? Sink ward funds into the park (which is happening). The park is Clifton Heights’ gold. Try to enact zoning laws as some of the new construction is allowing the suburban style to move in. Encourage homeowners to take advantage of the MSD Project Clear grants to encourage landscaping. Some pockets of the neighborhood appear a bit tired from a curb appeal/landscape perspective. And, street trees are needed to shade the homes and create safer, more environmentally sustainable scenes. Market the hell out of Southwest Avenue and/or Columbia Avenue as the “Mainstreet” of Clifton Heights. This should be the destination for neighbors and visitors to hang out and acquaint themselves with the area.

Clifton Heights is virtually unchanged in the ten years since I did my first tour. This is a compliment to the area, and a testament to the stability and good home/property care in this part of town. There just aren’t a lot of vacant lots for new infill, so not a lot of new construction. Since I didn’t really show a lot of photos of the housing stock, I focused on just that for this update. The mix of housing is pretty unique compared to other neighborhoods of St. Louis, so that is worth sharing.

Sure, there is much less brick than most neighborhoods, but you can still find great examples sprinkled in. Two story brick homes are a little more rare, but the ones that exist are beauties.

A couple of the streets have exposed brick.

Most of the brick homes are single stories and bungalows.

I also undersold the hilly nature of Clifton Heights. It really adds a charm to the flat Midwestern city we are. The homes are built on angles up and down the blocks. The sloping front yards paired with tiered backyards really makes for some nice spaces. You definitely need to have a good level on hand when hanging pictures in Clifton Heights. Check out the descent of homes down the hill to the left in the next one.

Dutch colonial homes (barn roofs) are quite prevalent and add to the charming mix.

So much unique beauty on display.

I missed Cuba Court the first time; it is a small hairpin curve of a street with some awesome houses with a Spanish flare. My teenagers would kill for that room above the garage in the photo below.

This home reminds me of my Gen-X youth playing with friends’ Weebles Haunted Houses. I half expected this home to have hinges so it can open up.

Some favorites include the townhomes that were built to follow the curve of the bending roads, a 19th Century church converted to a Bed & Breakfast and a white brick one ready for Independence Day.

Many of the homes have seen investment and ongoing upkeep, a plus for the neighborhood. New construction is pretty rare, but examples are there.

Mason School of Academic and Cultural Literacy is a neighborhood gem. One of the most racially diverse schools in the district, for students PK-6th grade (41% white, 38% black, 14% Hispanic/Latino, 5% Asian), it has served the neighborhood since 1919 and was designed by renowned architect R. M. Milligan and named after a prominent early St. Louis business man, Isaac M. Mason. The school partnered with Gateway Greening to build one of the nicest, most cared-for gardens in the SLPS. Cheers all!

The empty, or under-utilized retail space is noticeable. A couple destination spots/gathering places would unite the neighborhood, making it more walkable and also attract visitors to enjoy the neighborhood which is kind of off the beaten path unless you live here or are visiting friends here. The mixed use buildings are absolute beauties, some on the perimeters along main arteries and some tucked into the neighborhood. Southwest or Columbia Avenues could easily be the “mainstreet” of Clifton Heights.

Those lil’ bastards are in there somewhere:

The deco and mod buildings along Hampton are largely attractive and seeing new or continued investment and upkeep. Hampton also has most of the multi-unit rentals, although I noticed another in the middle of the hood.