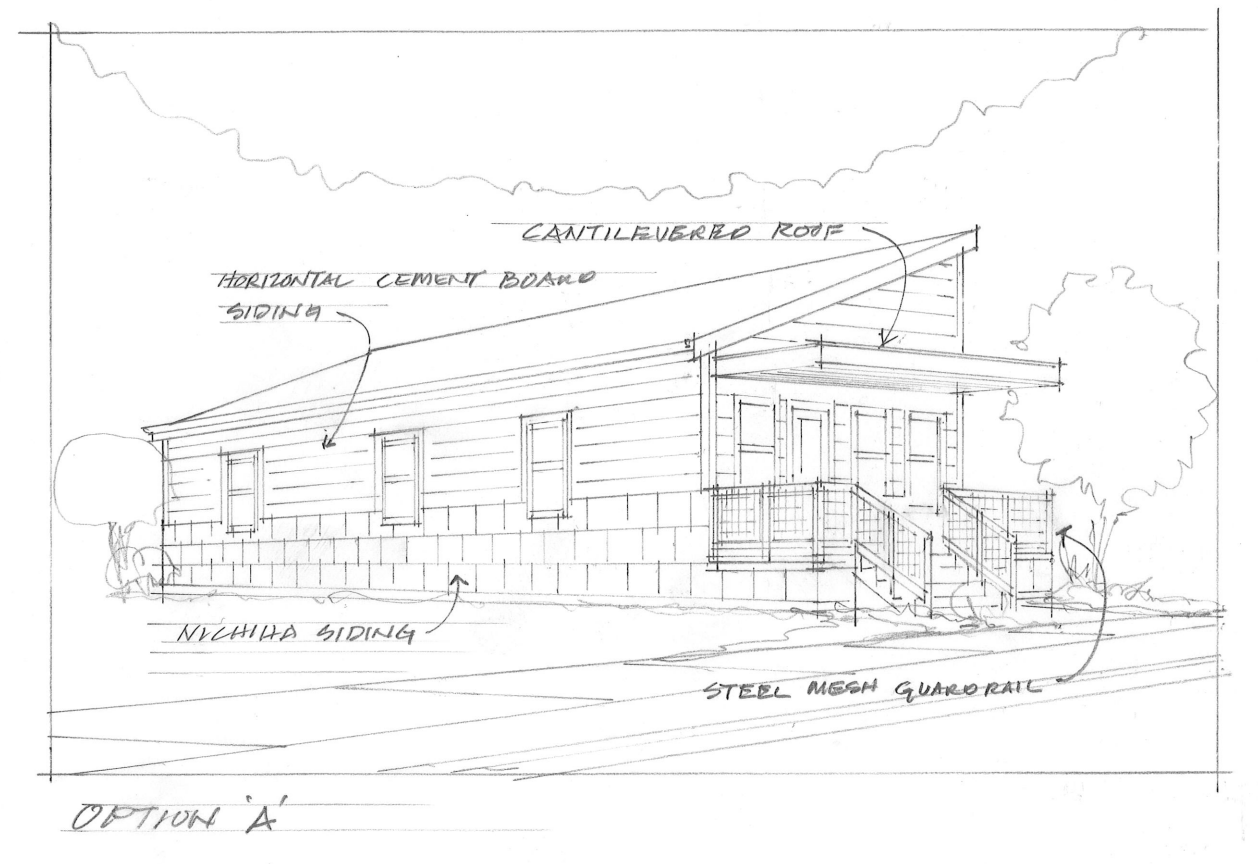 When headed up Virginia, about to get on I-55, one might take notice of the old bungalows that appear on the east side of the street and are rather well kept. With further attention paid, despite their brick facades, they are revealed to be recent construction. These are three homes constructed by the Saint Louis branch of Habitat for Humanity.

NextSTL is told by Michael Powers, Habitat for Humanity St. Louis’ Real Estate Development Manager, that there was additional funding for this specific build project which helped supply the brick wrap on these homes.

Habitat for Humanity built another home at 7600 Vermont Ave, following the completion of the three you see above. And now, they’re taking two formerly LRA-owned lots at 7806 & 7810 Virginia and building another couple homes.

This build, designed by Killeen Studio Architects, is taking place on two lots with only about 48′ of frontage between them. A press release from Habitat for Humanity stated “[This] is the first time Habitat is building on lots of this narrow width.”

The homes will be two “flounder” style with peak roofs sloping up towards the property line dividing the properties. The completed project will be a pair of four bedroom, two bath homes, forming an “A”, when viewed from the street.

The homes will only be a single story, but the completed basement square footage will provide ample space for the additional bathroom and bedrooms. The exterior of these new homes recalling the flounders of Saint Louis’ past. But, adds Powers, “[these will be] a modern take on a historic and charming style. […]not attempting to replicate, but instead compliment the existing conditions [on Virginia].” These bungalow flounders will present that take via two different options for fiber-cement cladding.

While Habitat for Humanity does have income guidelines and other qualifying paperwork for potential homeowners to complete as part of the application process, they encourage all with interest to reach out to their Saint Louis organization.

Included below are some additional sketches and renderings from the project.