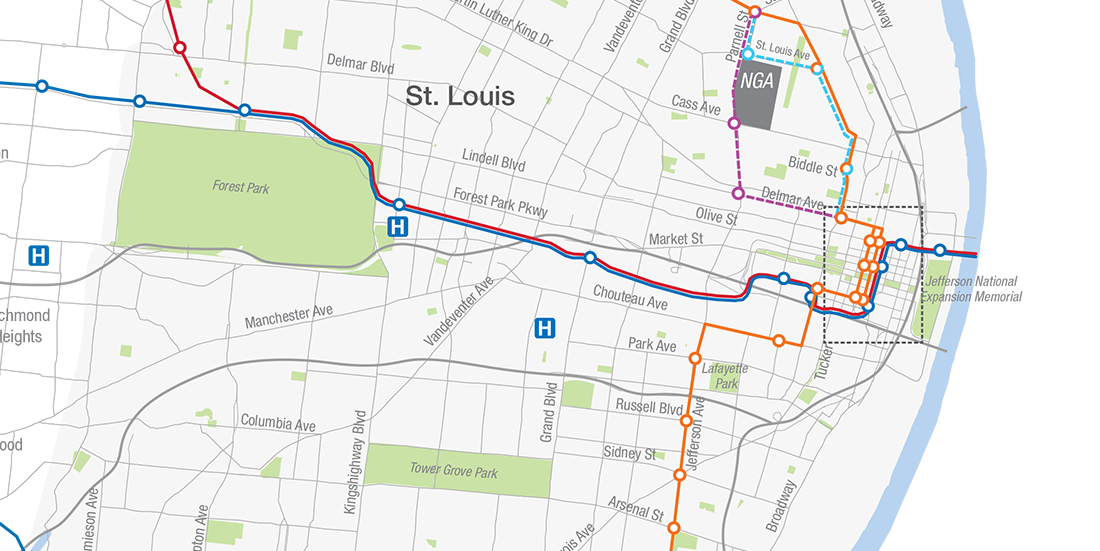 The creation of the region’s first not-quite-heavy rail line was a huge move forward for the region. The second line opened after similar heavy lifting by rail advocates. The Blue line offers important access to Washington University in St. Louis campuses, the region’s largest and fastest growing medical and innovation district, and downtown Clayton and St. Louis County offices. 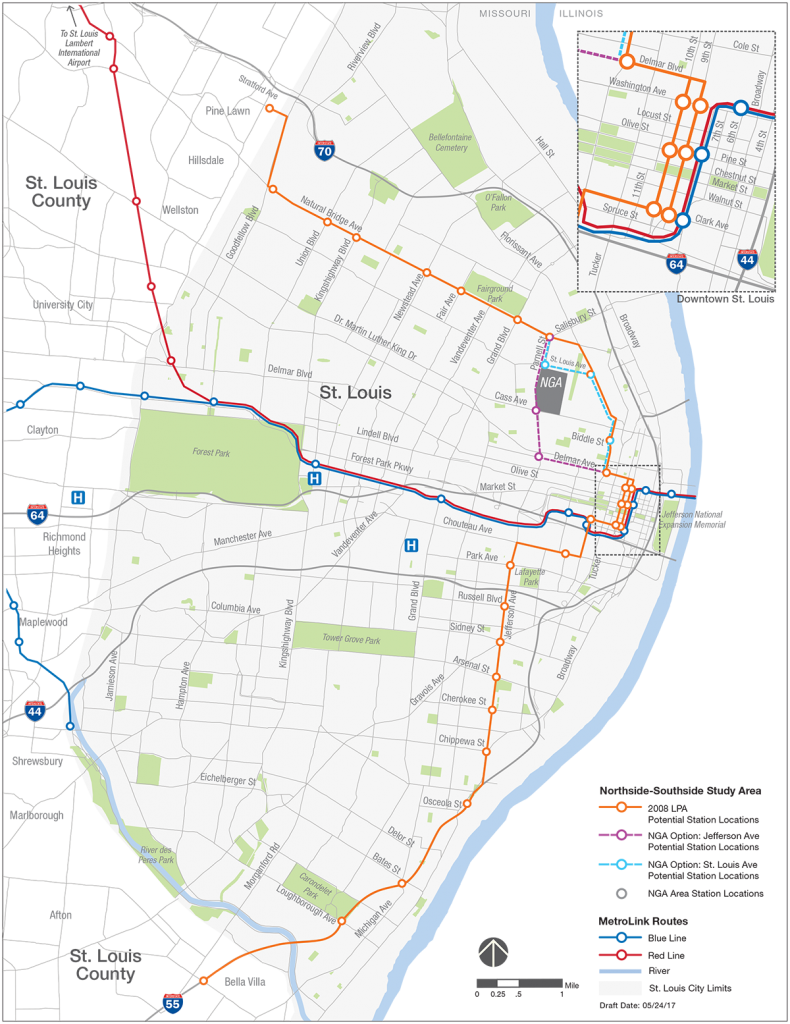 The Blue Line has been something of a farce as well. It was completed over budget, failed lawsuits added to the cost, and the really damaging part of the process has proven to be the lack and any transit development planning in the communities along the corridor. The line has been open 11 years. It opened 13 years after the region’s first (Red) line.

Of course in 2010, St. Louis County voters approved a 0.5% sales tax increase to fund transit. The vote triggered an already-passed St. Louis City sales tax increase of 0.25% for transit as well. What happened? About half of the approximate $75M of revenue produced by Prop A and the City sales tax was to be committed to restoring and maintaining Metro service. The remaining amount was to be targeted toward service expansion, bus, MetroLink and possible Bus Rapid Transit (BRT) lines. At the time of publishing, we’re not sure where the $259M committed to expansion might be.

Seven years ago, Metro was awarded a $700,000 Federal Transportation Administration grant to examine the Moving Transit Forward high-speed, high-capacity transit service corridors. It was assumed at the time that a Bus Rapid Transit plan could be forthcoming. The five corridors identified in early planning included a Grand Avenue line as well as options for I-55, I-44, I-64, and I-70. Planning was to be completed by fall 2011. 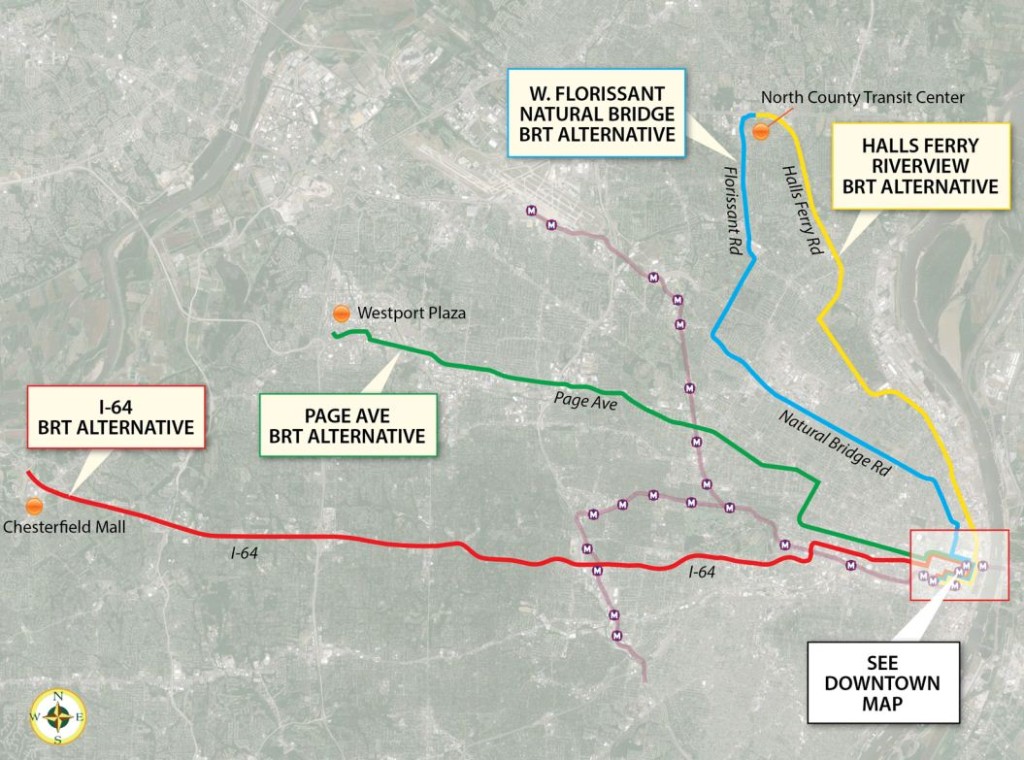 In 2013, a $200,000 light rail study was completed. The environmental assessment was projected to be completed in 2014. The optimistic timeline on that rail line? Construction was said to start as early as 2015, with the line opening in 2016.

In late 2014, a 60-station bike share study was released for St. Louis. The study concluded with “In the next two to three years, St. Louis will place itself within a growing group of US cities that have made their cities a better place to live, visit and explore through bike share.” The bike share plan isn’t dead, but there’s been no observable progress. 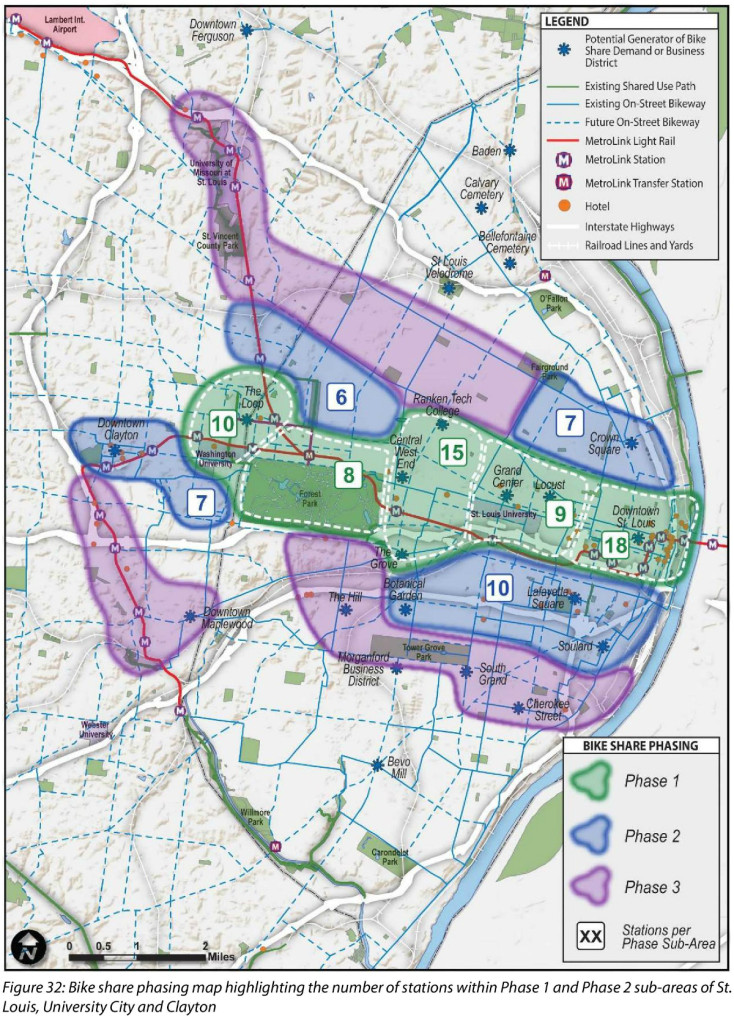 So, so what? As there’s still no pedestrian or bicycle advocacy organization in St. Louis, no group dedicated to the betterment of bus transit, the money and talent that cares about transit is getting ready for another round of rail expansion. That new effort is now live online: NORTHSIDE-SOUTHSIDE
LIGHT RAIL FOR THE ST. LOUIS REGION

This site has been a big supporter of the promise presented by a north-south rail line primarily within the City of St. Louis. But even assuming this effort progresses smoothly and quickly, St. Louis transit planning will still be greatly lacking. We may have another rail line in 5-10 years, but when will the city and region care about more than rail?