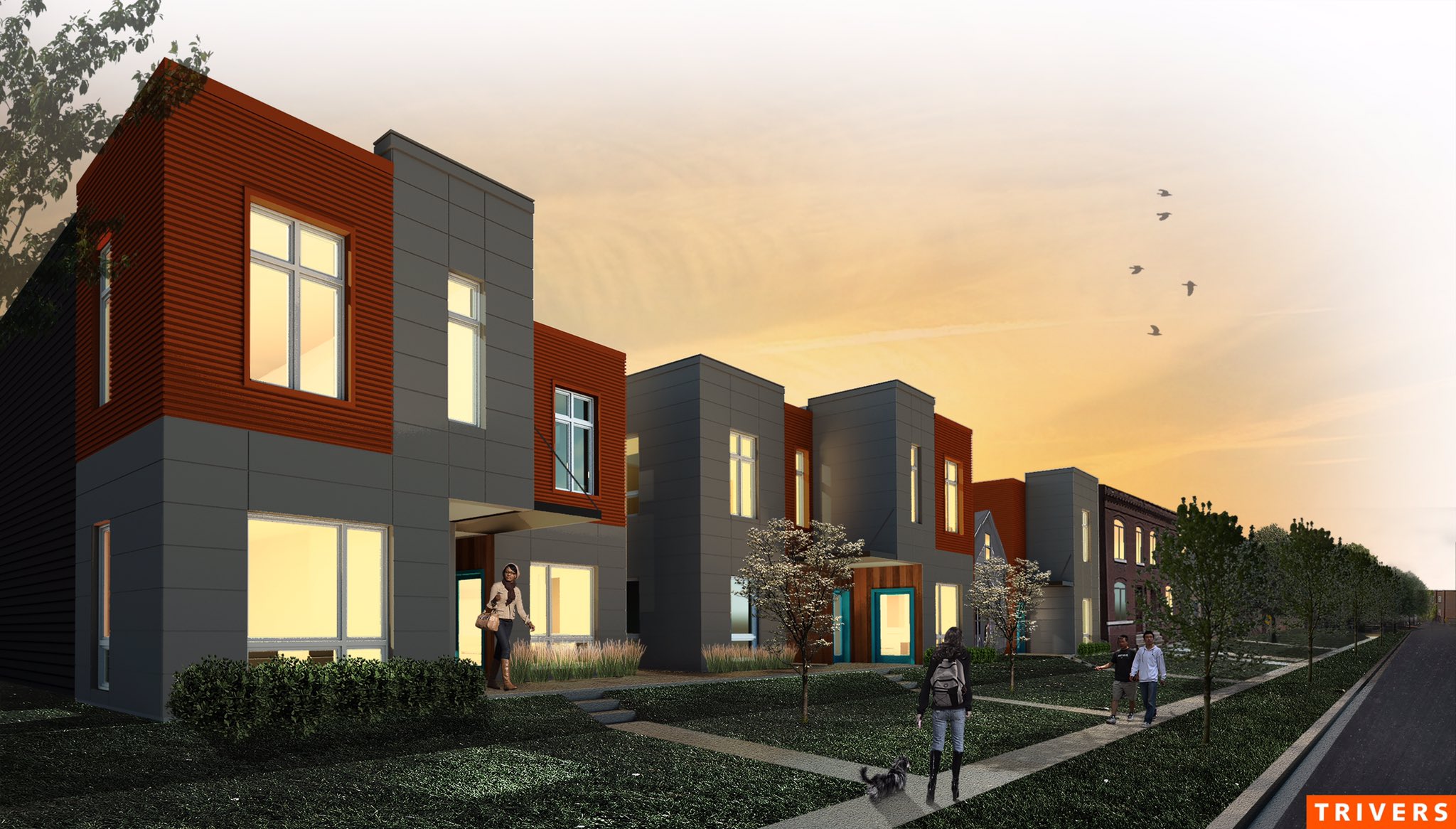 It appears the Trivers designed Rise development of 50 affordable housing units in The Grove is moving forward. nextSTL has learned the project has been released to bid, which will close later this month. It is still expected that a market-rate infill residential project will be announced for the area soon, with Washington University in St. Louis continuing to own or have options on dozens of vacant parcels. 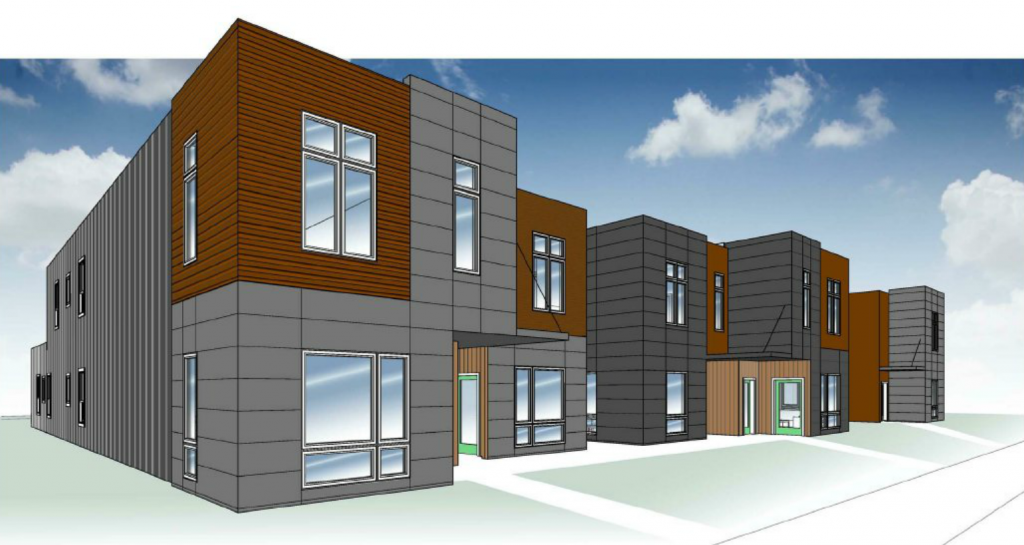 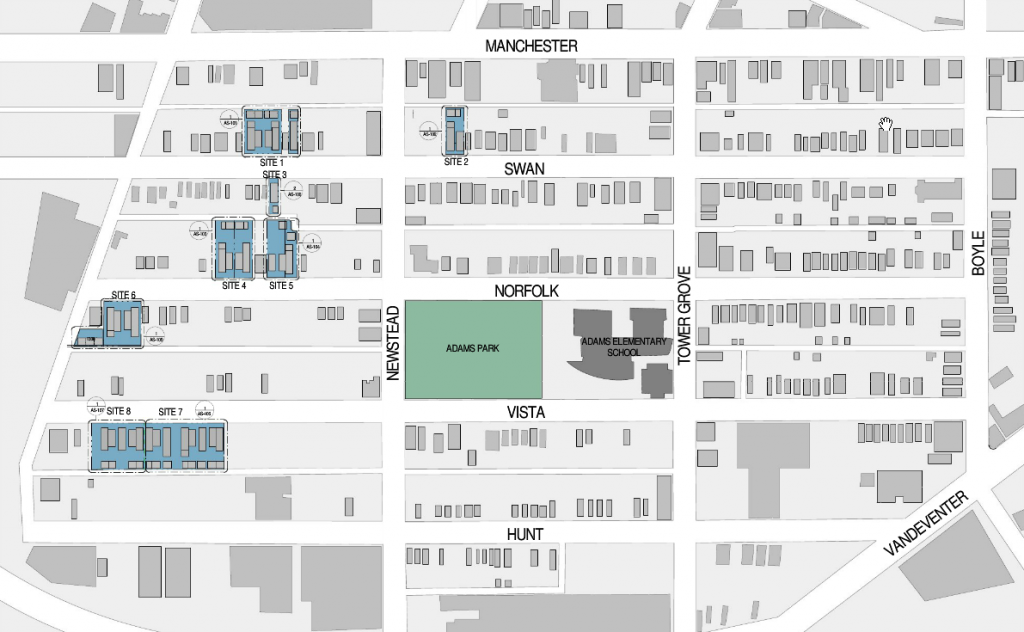 There’s a lot of development happening in the city’s Forest Park Southeast neighborhood (The Grove). The brewery and bier hall, large mixed-use apartment projects, and new businesses get a lot of attention. Market driven development is still a new and needed thing in St. Louis City. But perhaps the most meaningful development is the planned $11.5M, 50-unit affordable housing project by Rise.

Centered on the 4400 blocks of Swan, Norfolk, and Vista Avenues, property acquisition could be completed this fall, with construction beginning next year. The 26 parcels are part of the long term land-banking strategy employed by Washington University in St. Louis, via Forest West Properties, Inc. As property speculation picked up over the past decade, these lots were preserved for affordable housing.

The project hopes to target families, and includes 26 3BD apartments at a rent of ~$775/mo. A few 4BD townhomes will rent for ~$950/mo. Planned are four 1BD, 16 2BD, and four 4BD apartments. Some demolition of existing vacant buildings will occur. Images available show a model for new construction designed by Trivers Associates.

In February, Forest West issued guidelines for developers interested in building affordable and market rate housing on 85 Forest Park Southeast parcels south of Manchester. A developer has not been chosen for the market rate development, but Rise was selected to proceed with the affordable component. In addition, VOW’s Housing Now program plans to renovate 5-10 properties for low-income homeownership for women.