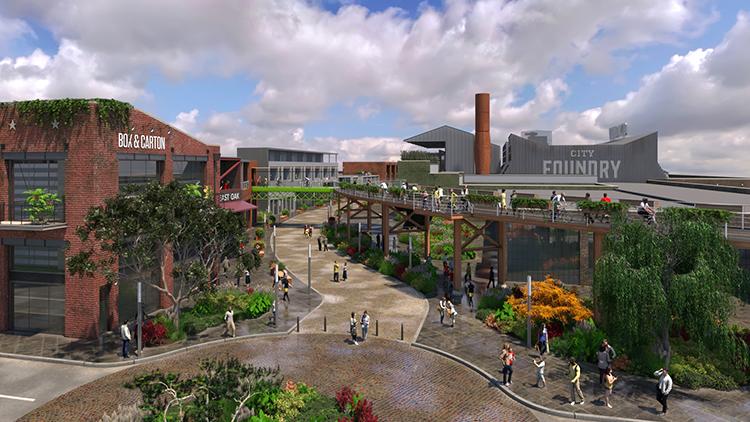 What was once announced as a $100M remake of a long vacant foundry just to the east of the St. Louis IKEA and Cortex, is now a $340M dream.

In just January of this year, news broke that Lawrence Group had purchased the 14-acre site in Midtown, where a big box strip retail center had been planned in 2013. That plan became a $232M vision in March, then just earlier this month City Foundry Food Hall & Market was announced.

So what’s changed? It appears the deep pockets of Bull Moose Industries, which will be moving its headquarters to the Missouri Theatre Building (a Lawrence Group project) in Grand Center, and positive market reaction have grown the project. Only time will tell if the Bull Moose investment at the Foundry site precludes significant investment previously envisioned in Grand Center.

Big plans will soon be announced for the next phase of Cortex development, work continues toward redevelopment of The Armory, and rumors continue to swirl about more big box retail along the Vandeventer corridor nearby. According to the Post-Dispatch, environmental cleanup has begun. And anyone travelling east on Highway 40 will have seen the bright red shipping containers advertising the project. 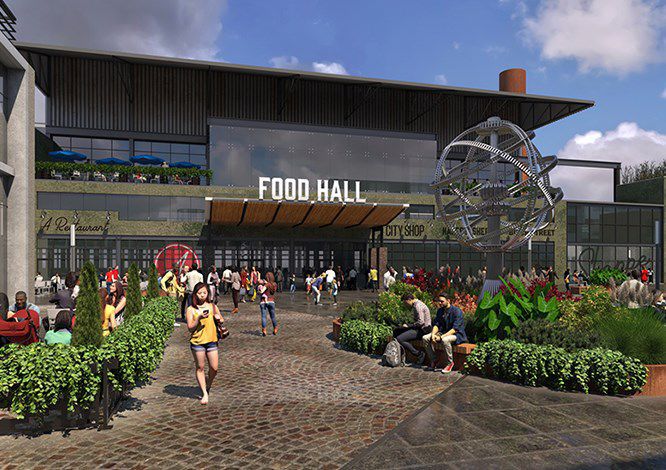 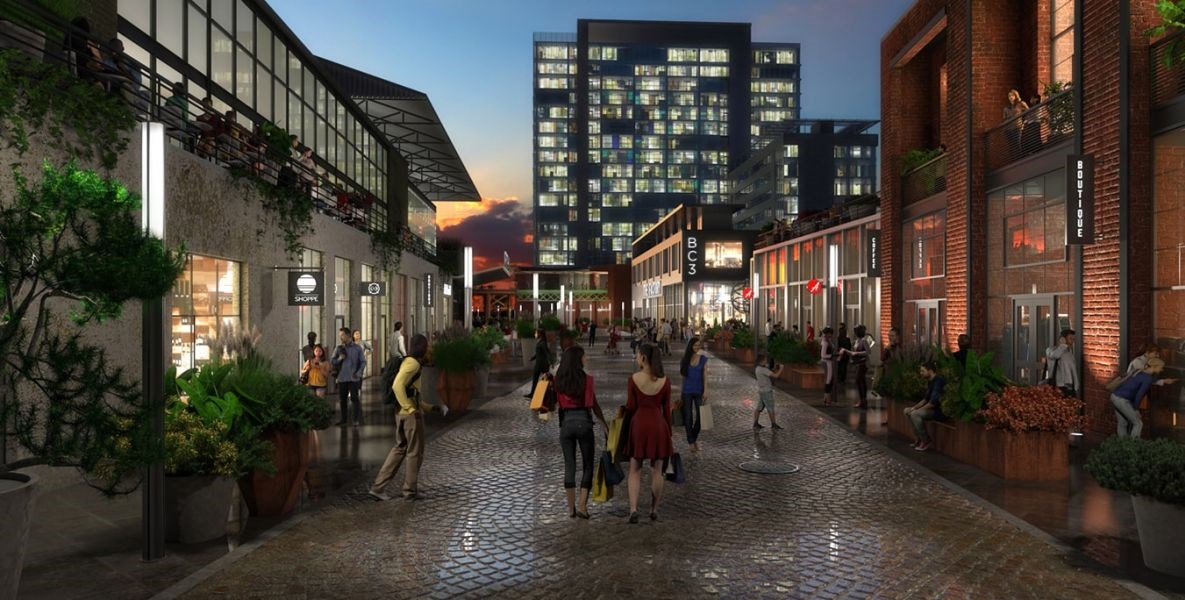 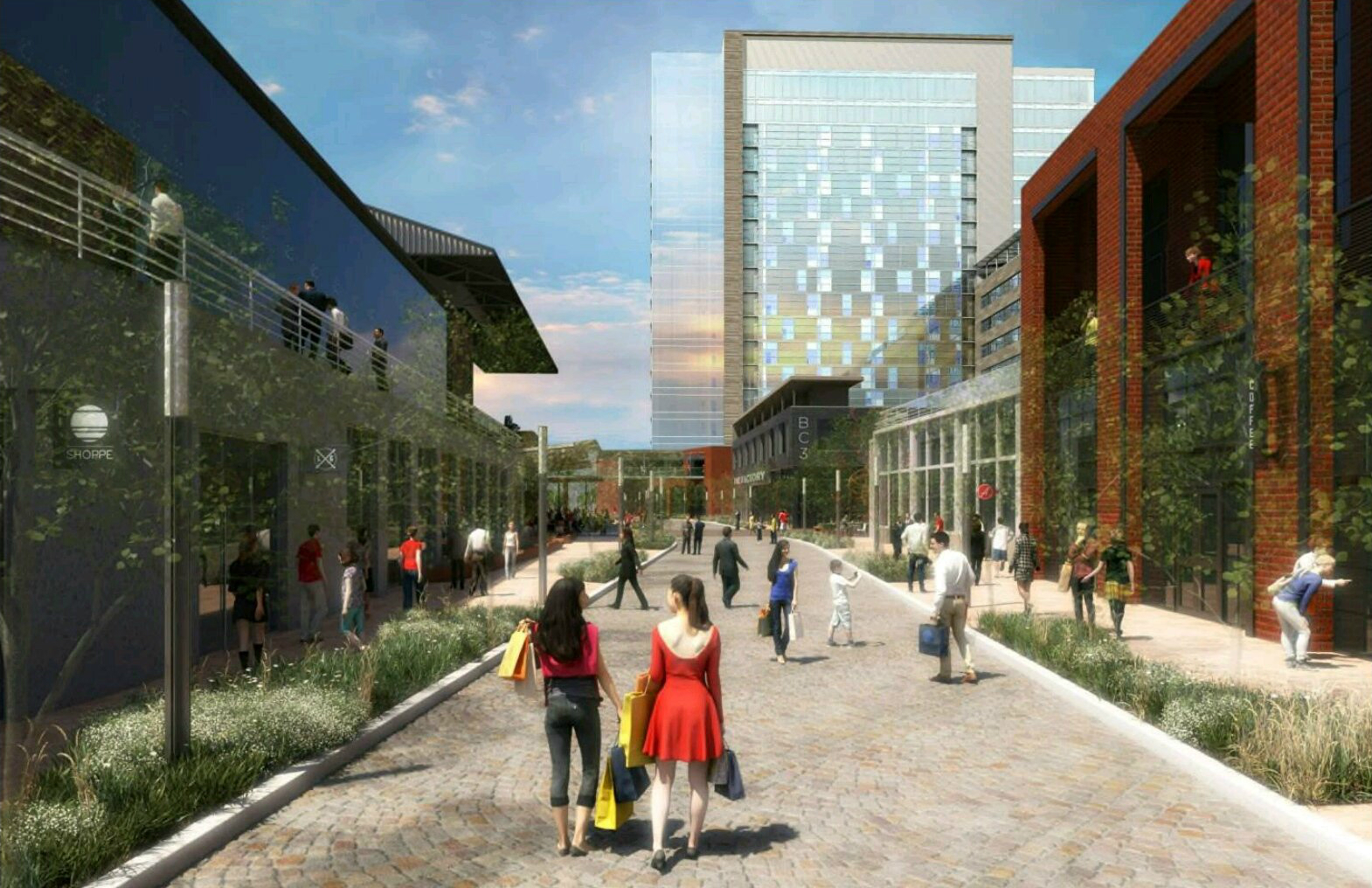 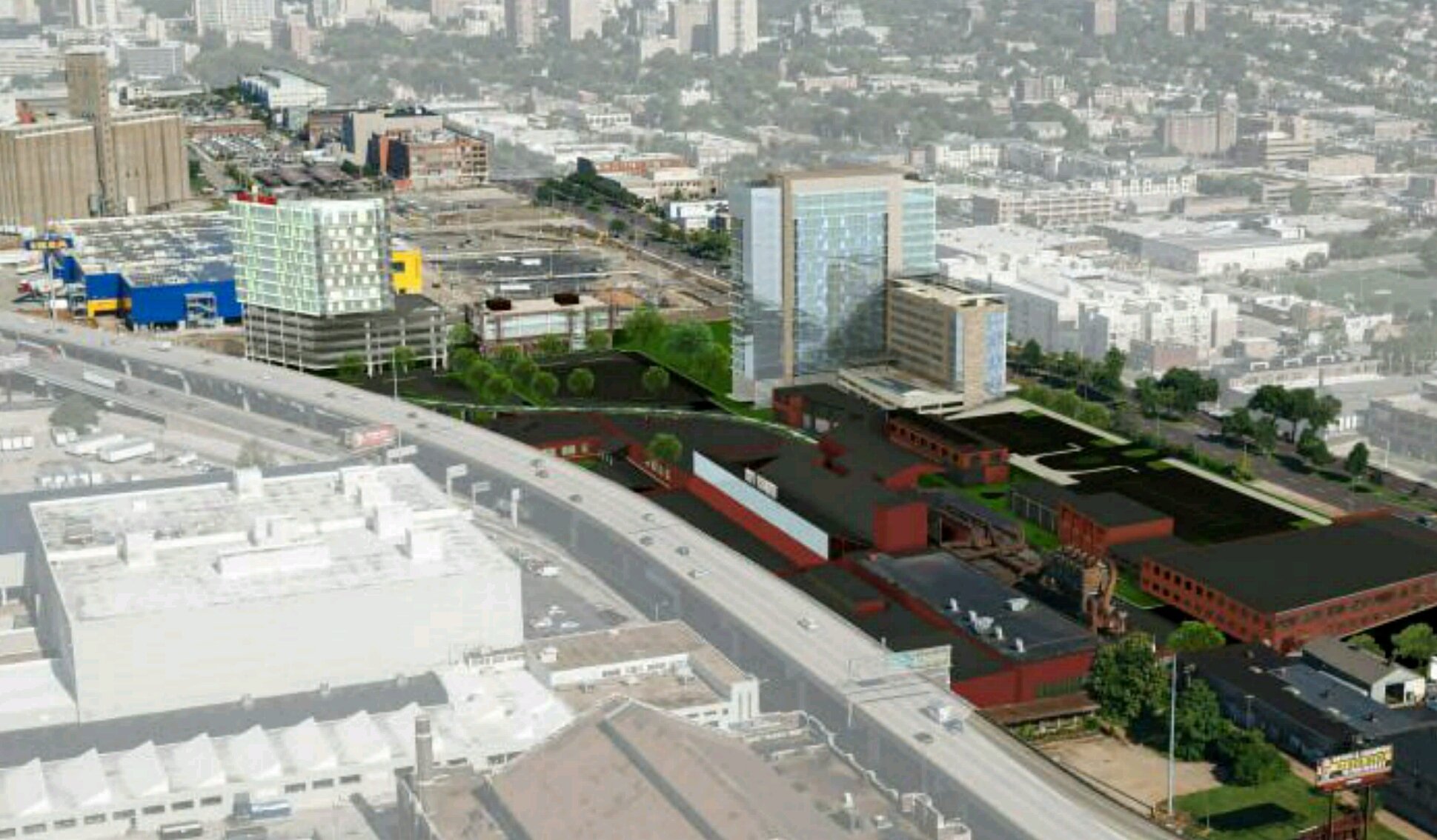 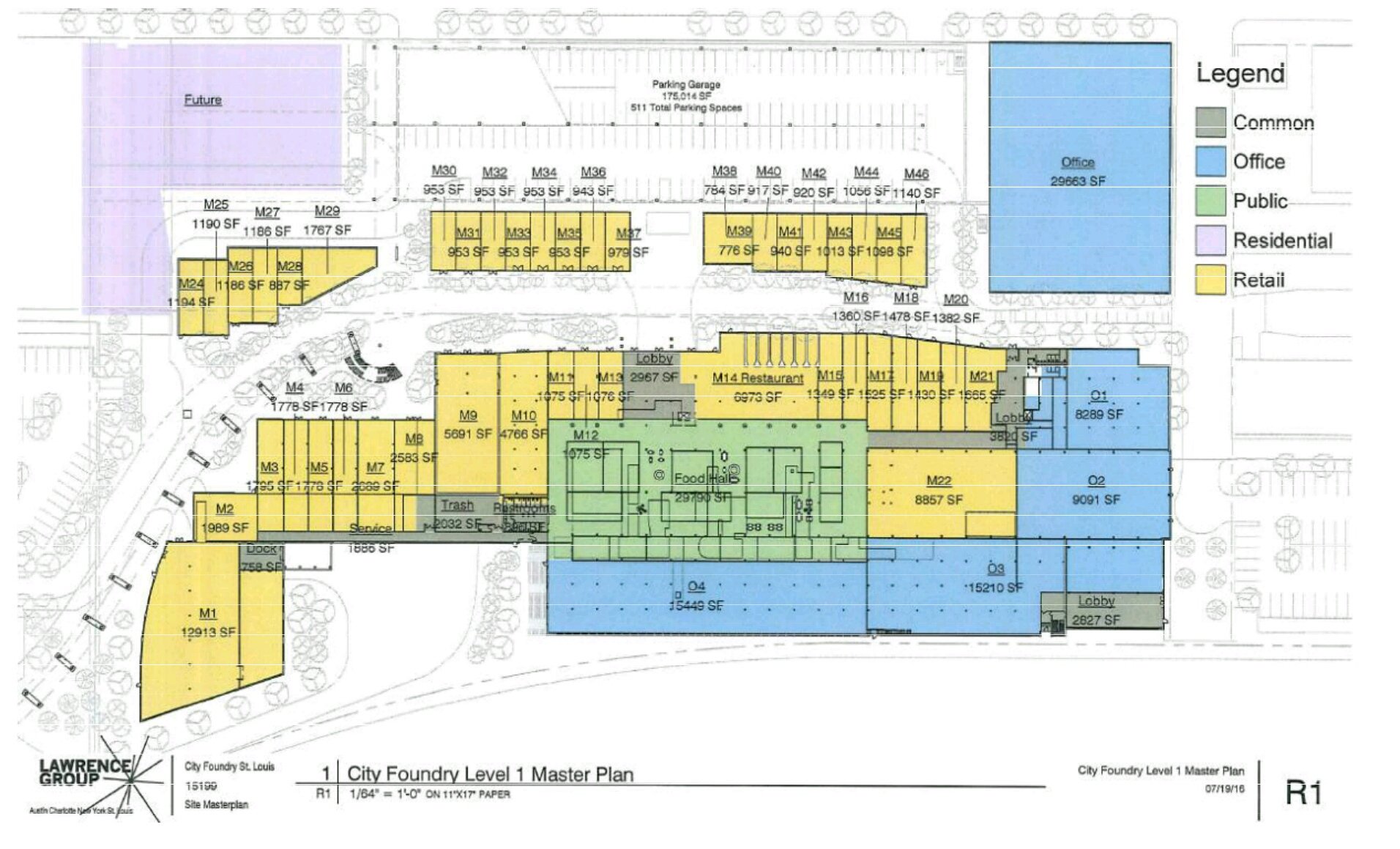 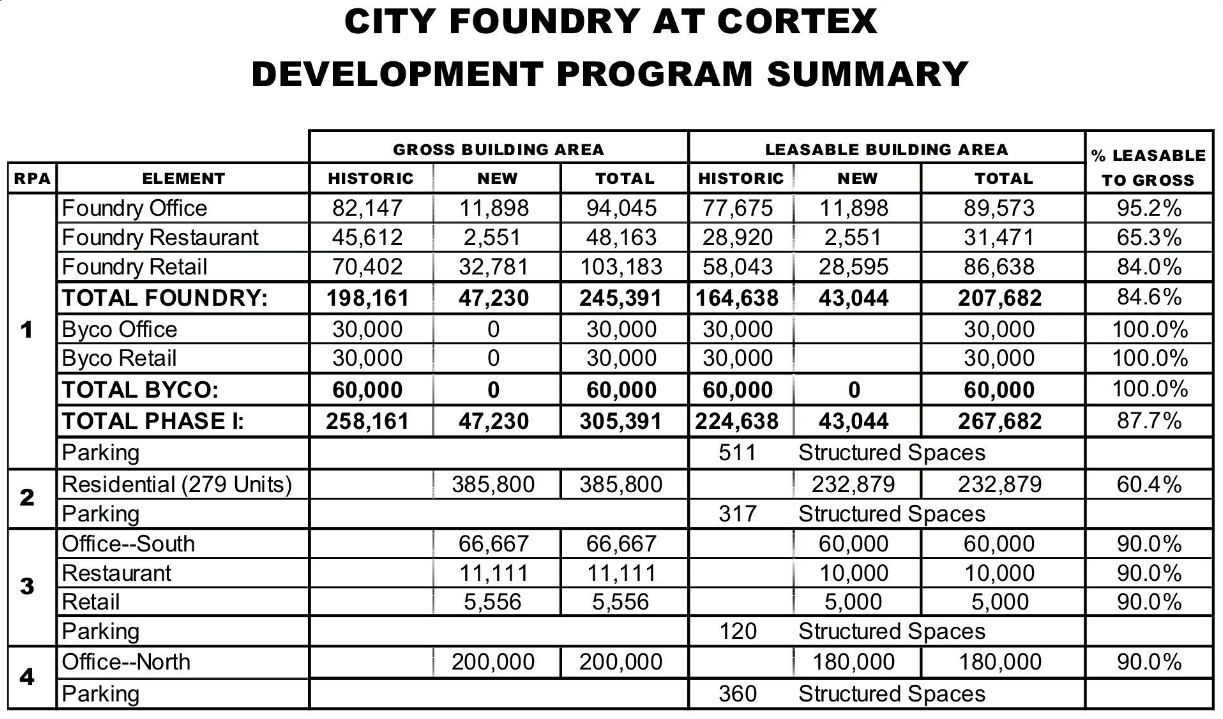 In a city where we are perhaps over prepared to be underwhelmed by the reality of big development visions, The Foundry may be ready to over deliver. Even from the first more modest announcement, and Lawrence Group’s proven past success, re-purposing The Foundry was viewed by many to be a long shot. Now, instead of being dumbed down again and again (we’re looking at you Ballpark Village), the project continues to grow.

From the Post-Dispatch piece, Bull Moose will take “a significant ownership interest” in the project, the market will total nearly 50,000 sf with 20 food stalls and up to four full-service restaurants. Office space could reach 124,000 sf, and 45 retailers could occupy 133,000 sf. Parking for 511 vehicles is planned, and work continues on incorporating the rail line over Vandeventer with the Great River Greenways recreational trail network.

And the timeline is fast, with the first phase opening in 2018, Lawrence Group could announce the first tenants before the end of the year. The developer also told the Post-Dispatch that a letter of intent for a 30,000 sf retail space has been signed. If all goes according to plan, a future phase could add 279 residential units, 265,000 sf of office space and a 16,000 sf retail space. 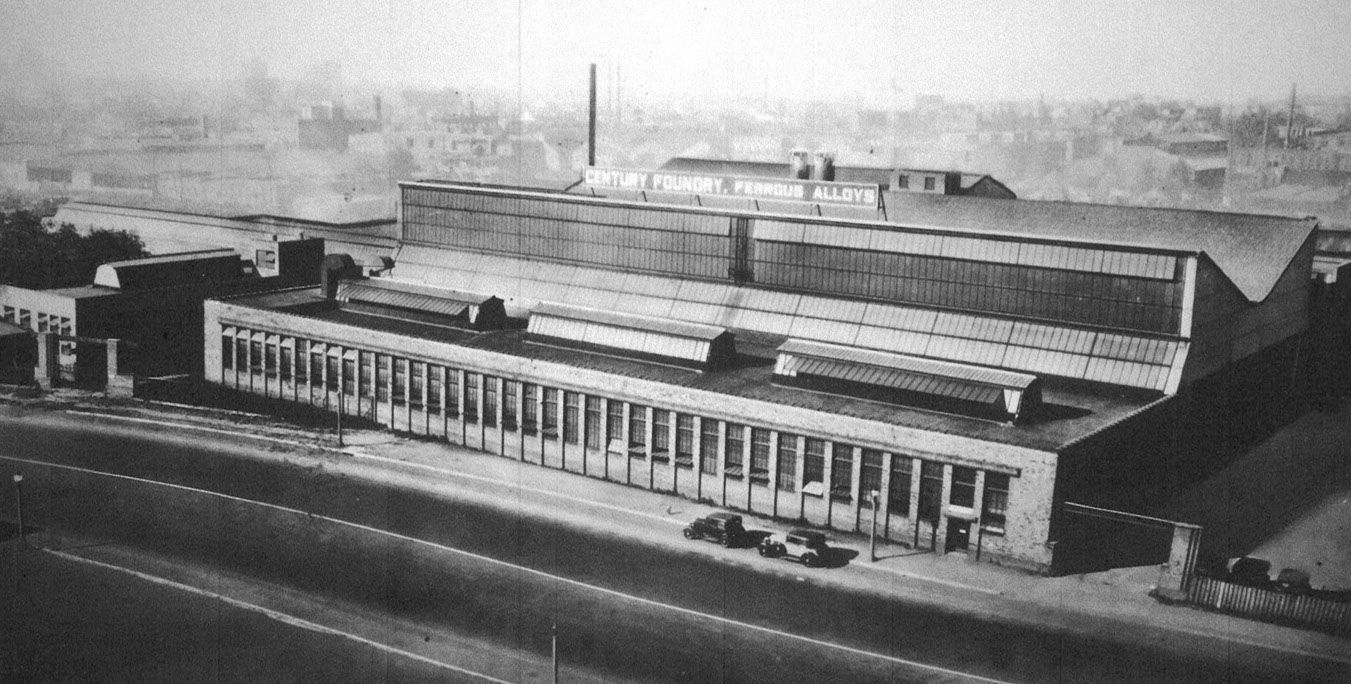 {historic image of the Foundry, double-decked I-64 now runs in the foreground} 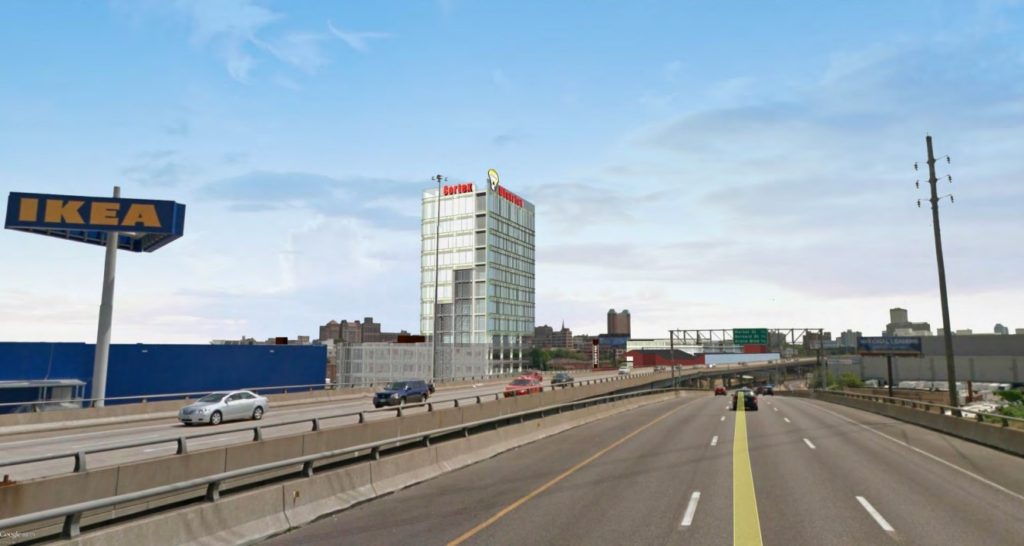 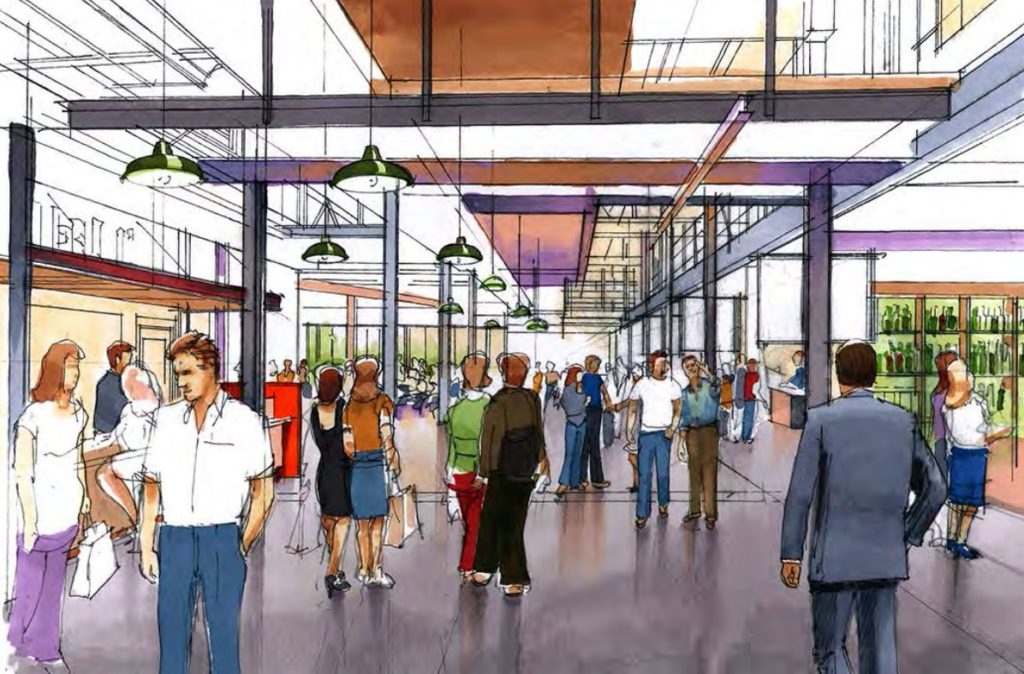 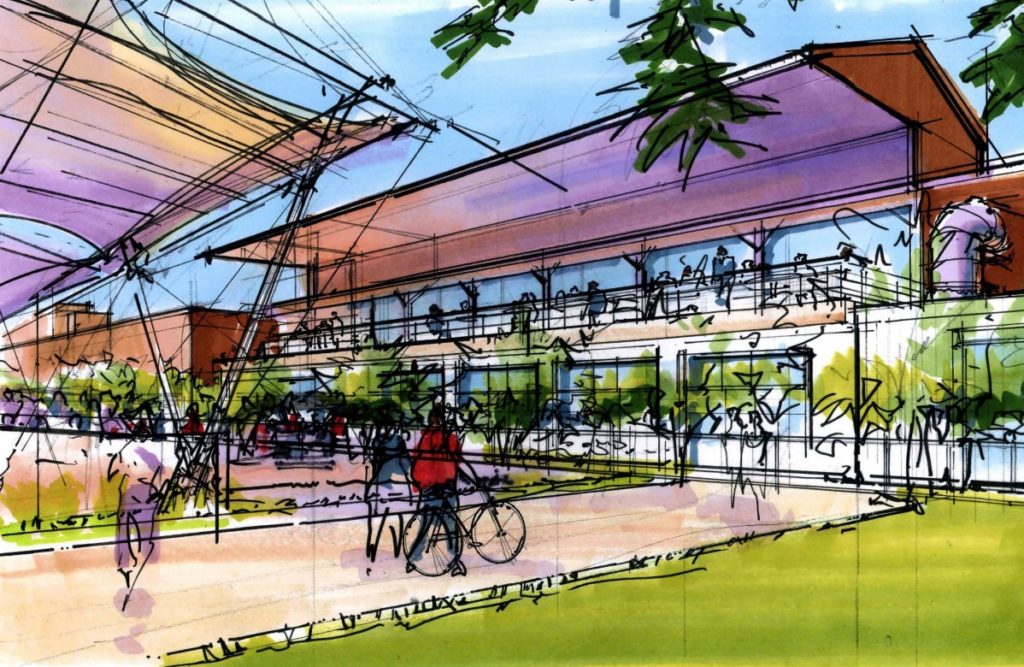 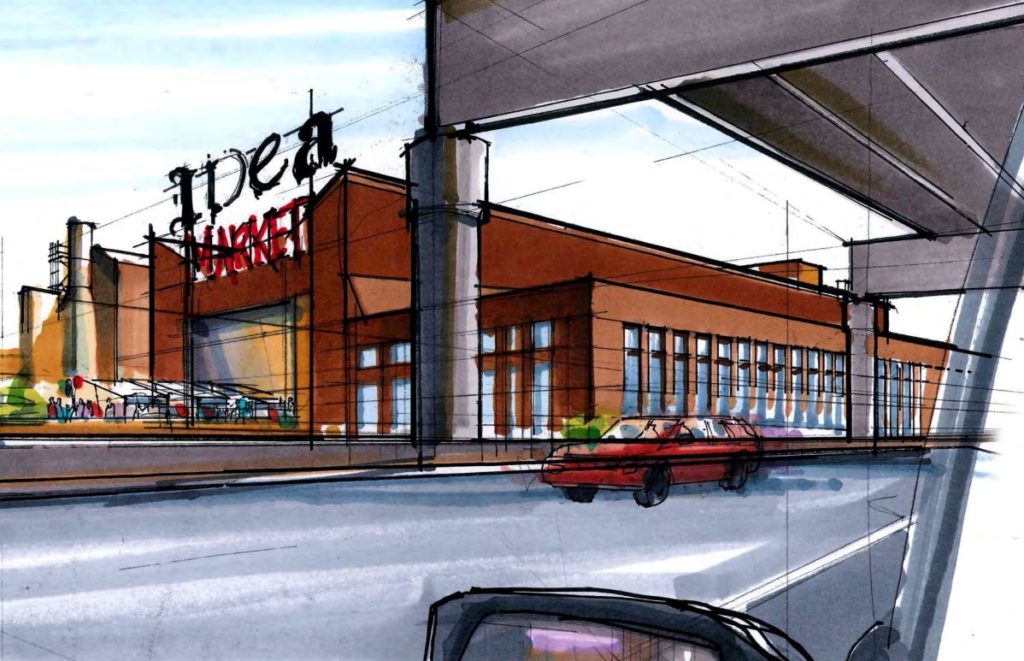 {the Trestle planned as a bicycle-pedestrian greenway} 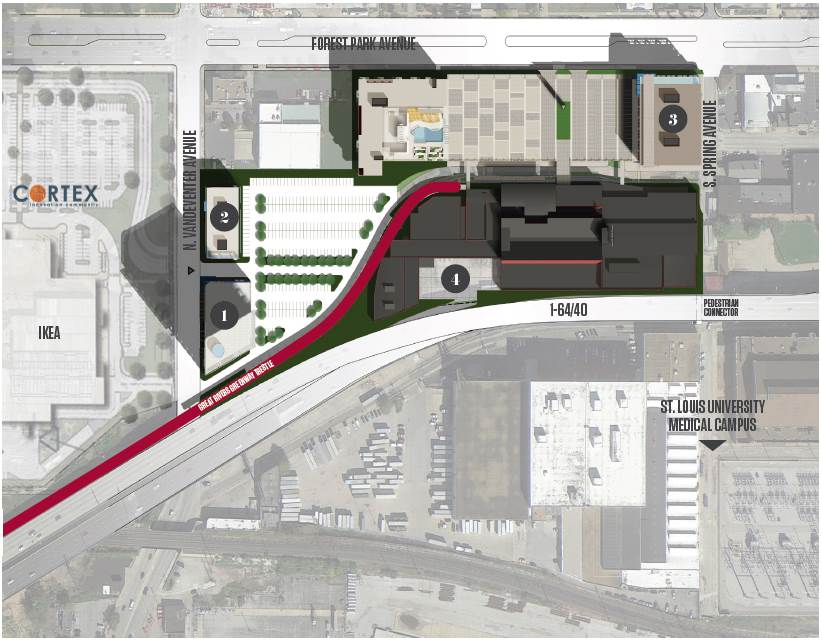