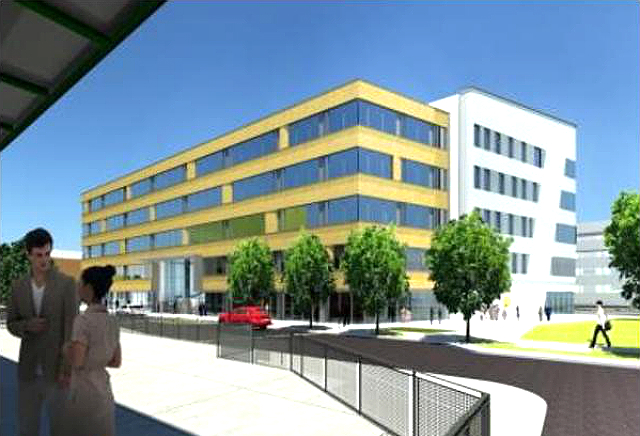 According to Dennis Lower, president and CEO of Cortex, the recently announced acquisition of Wexford by Ventas Inc. may speed up the march of development for the 200-acre innovation district in St. Louis’ central corridor. Lower told the St. Louis Business Journal the change in ownership could accelerate the next phases of Cortex development, which is expected to include a significant number of Microsoft jobs.

In May, nextSTL reported the planned development would include a parking garage, hotel, 250 apartments, and 40,000 sf of retail space. An image obtained by nextSTL showed a slender 150-key hotel of about six stories adjacent to nearly completed 4260 Forest Park, which will be home to TechShop and AAIPharma Services Corp. (Alcami).

An additional building at 4200 Duncan (below) is planned as a five-story, $45M project. Images show a 1,000-car parking garage immediately to the east. In addition, the surface parking lot to the south of Cortex I is labeled for 150 residential units, but does not depict a rendered building as do the other sites. 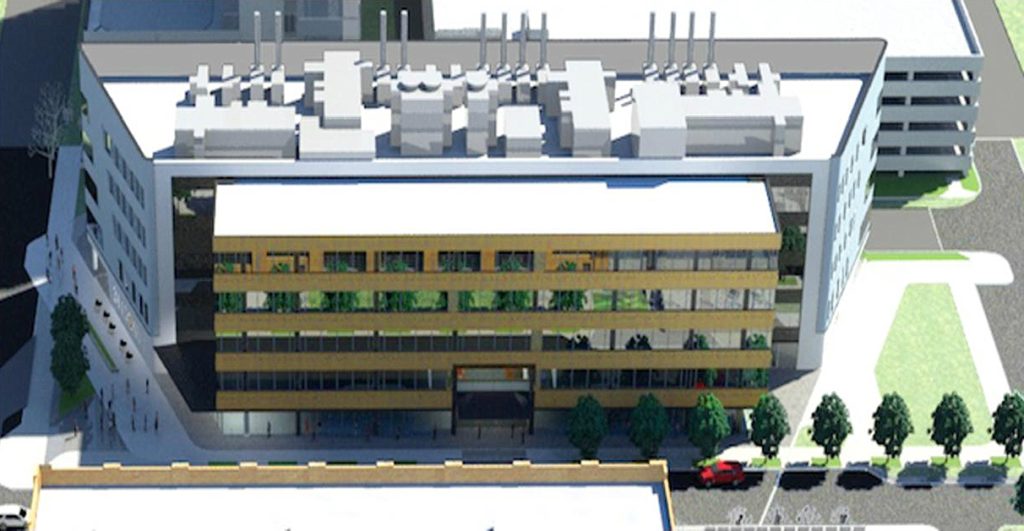 Baltimore based Wexford Science & Technology is the largest developer within the Cortex district. Wexford had developed science and technology parks in Miami, Philadelphia, Baltimore, Chicago, and elsewhere. Ventas has agreed to acquire Wexford for $1.5B.

An additional Cortex phase could include Silo Lofts, a residential development at Sarah Street and Forest Park Avenue: 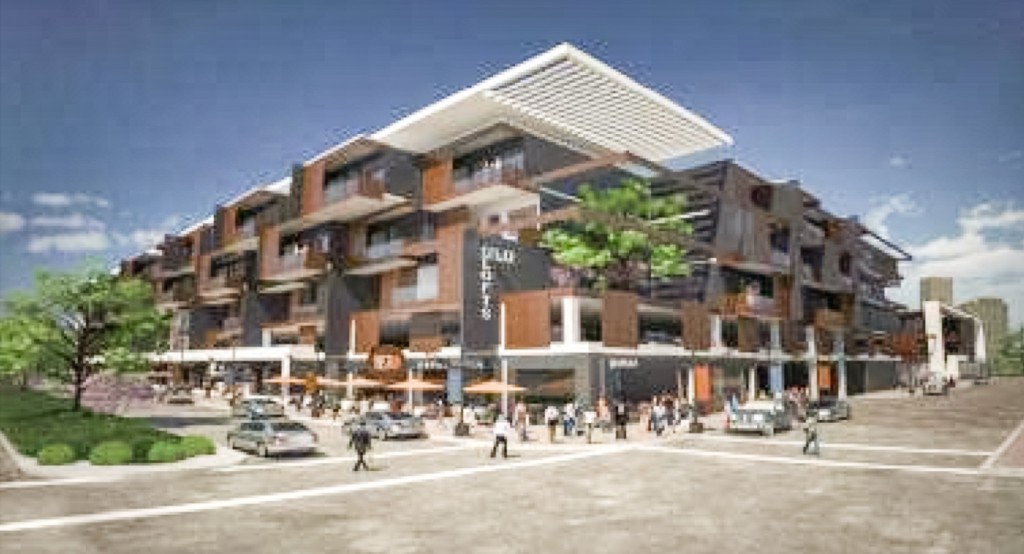 Along Clayton Avenue at Sarah Street, significant demolition has cleared the way for additional development, and perhaps interim surface parking and development continues to claim other surface lots: 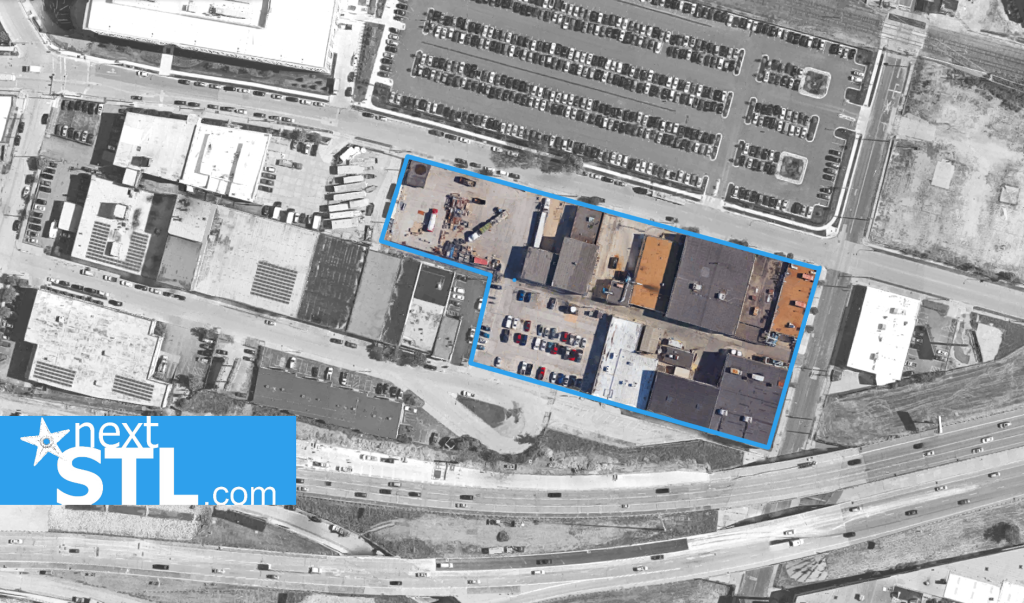 To the east of IKEA and across Vandeventer Avenue and Cortex proper, Lawrence Group recently unveiled Cortex East, a $232M vision that would include office space, residential development and retail, to be branded an “Idea Market”. The 1.5-acre Habitat for Humanity property soon to be on the market can be seen in the foreground:

And at Boyle, work is finally underway on a new MetroLink station at the heart of Cortex. This image is from a planning document now several years old: 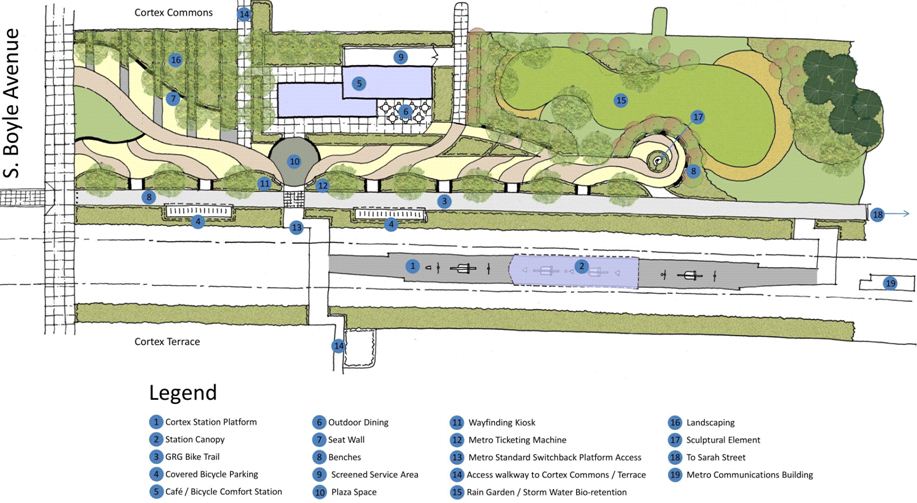 Wexford is also a significant developer at the Bio-Research & Development Growth Park (BRDG Park) in Creve Coeur. That 600 acre district is anchored by the Donald Danforth Plant Science Center and adjacent to Monsanto, Helix Center Biotech Incubator, and other plant science related companies. Last year, the U.S. Department of Commerce awarded a $500,000 grant to develop a comprehensive master plan for BRDG Park. 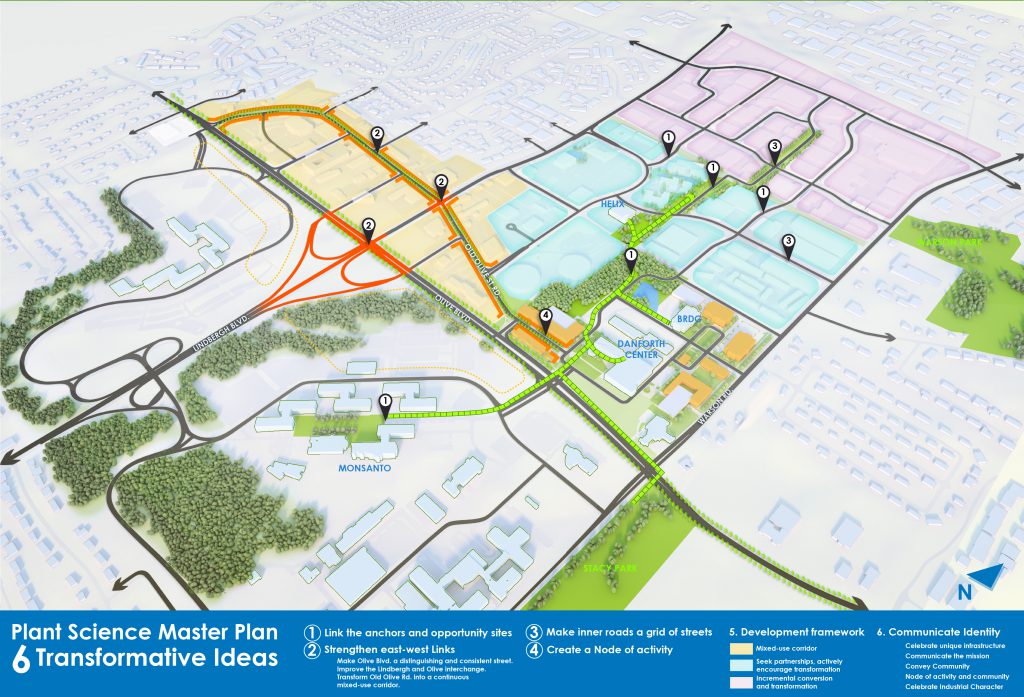