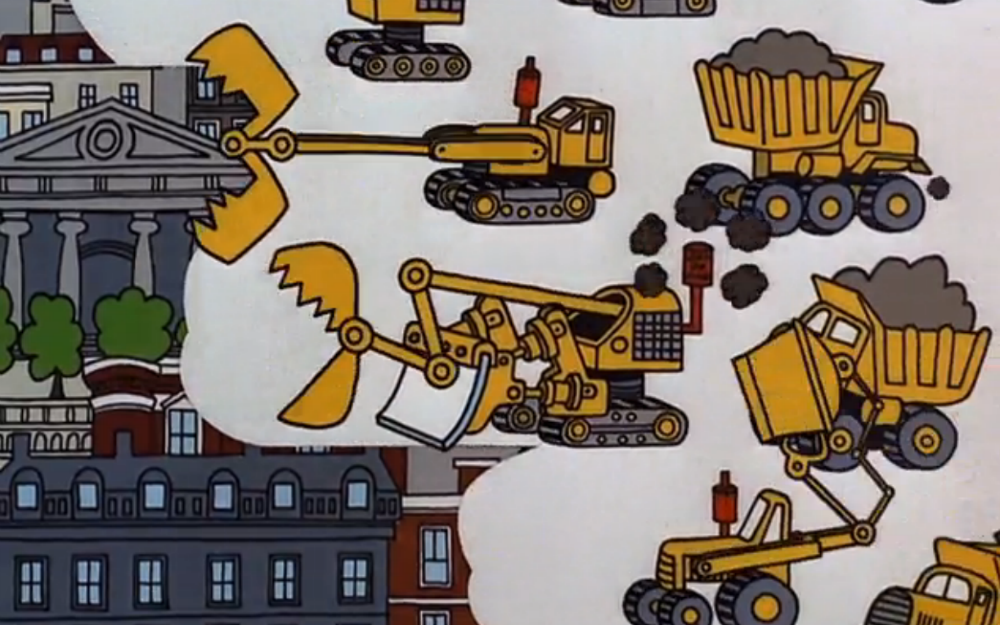 This 9min film from the National Film Board of Canada (1966) is really odd. It tells the story of aliens viewing earth and concluding that the automobile is the dominant species on the planet. It’s a biting commentary, and the culture that produced it is the same that prevented highways from decimating Vancouver, and other Canadian cities to the extent of their American counterparts. It’s hard to imagine an American equivalent, though even locally around the same time we were well aware of the negative impacts of the automobile [Mass Transit as a Regional Priority – St. Louis 1965].

From the National Film Board of Canada:

This animated short proposes what many earthlings have long feared – that the automobile has inherited the planet. When life on Earth is portrayed as one long, unending conga-line of cars, a crew of extra-terrestrial visitors understandably assume they are the dominant race. While humans, on the other hand, are merely parasites. An Oscar® nominee, this film serves as an entertaining case study.