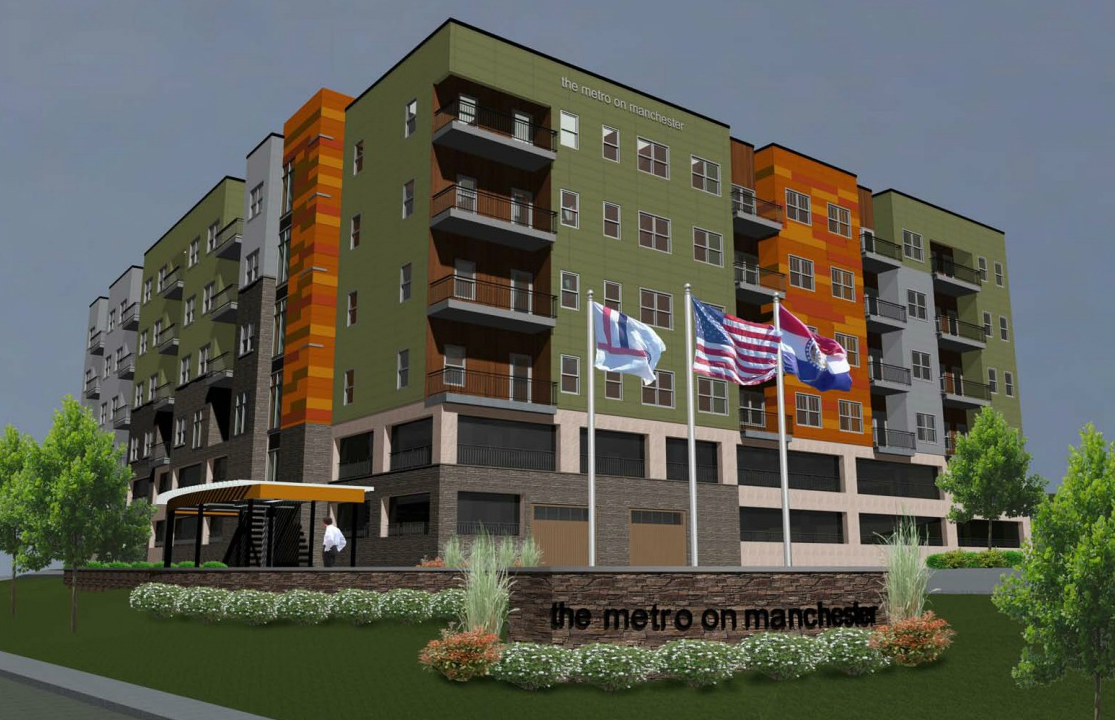 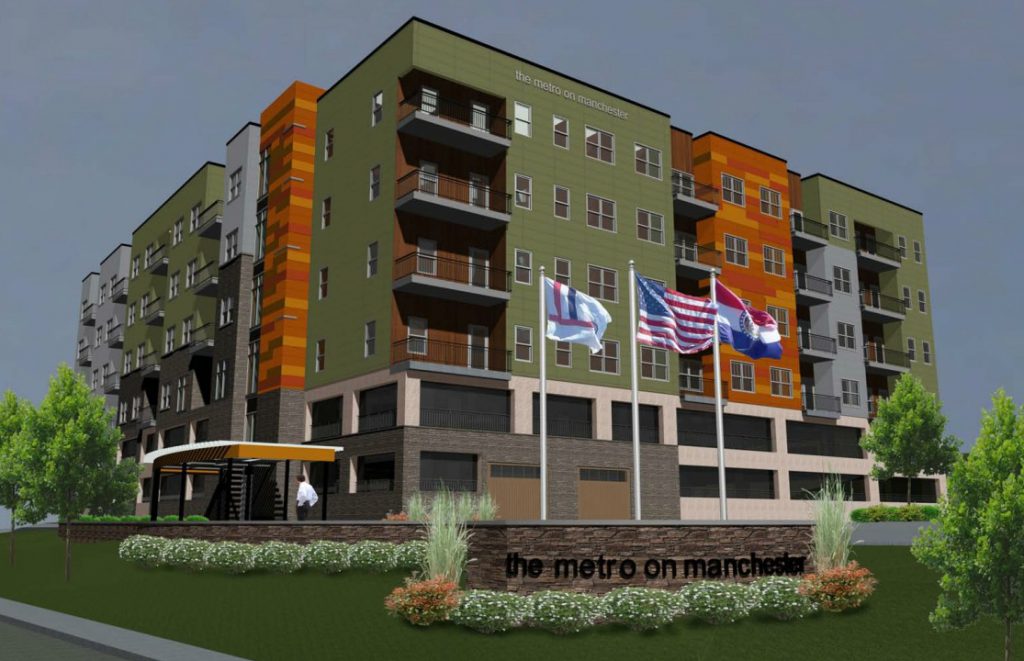 As reported by 40 South News, Monday Brentwood city officials will consider re-zoning the northwest corner of Manchester and Hanley Roads, paving the way for a $20M, 80-unit apartment project. Although expected to be approved, comments at 40 South News indicate there may be community opposition based on concerns about increasing traffic in an already busy area.

The project, by Garrison Development, seems to have been trimmed from 108 to 80 units. Rents will reportedly range from $1,100 to $1,800. Comments left at 40 South News appear to favor vacant land or green space over the apartment project. Nevermind that traffic is generated primarily from people passing through this area. Apartments would add traffic by simple math, but less than residential development further away, which concentrates more traffic on these roads.

Championing road “improvements” (a massive public money expense) which are all but certain to increase the amount of traffic to the area, and offering no opposition to everything from car dealerships to drive through fast food, to big box stores, highlights a lack of understanding of the effects of development. It’s understandable that these concepts aren’t widely known, but municipal leaders should help promote a better understanding of healthy communities.

Yesterday I wrote about how the City of St. Louis could return to 400K residents, its 1990 mark. Many of the issues faced by the city also confront our region’s inner ring suburbs. Additional residents should be a priority for these municipalities. Instead of moving people through, they should want people to live there, support local, adjacent businesses, without adding as many vehicle miles traveled (VMT). Additional residents also add to longterm stability, establishing a larger, more resilient tax base. 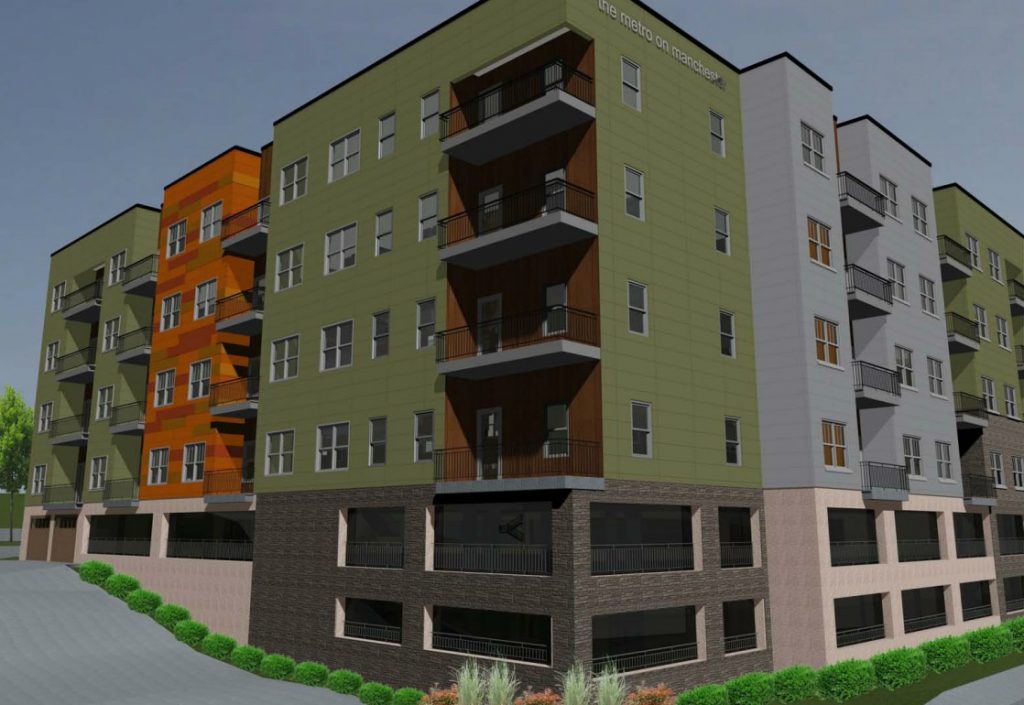 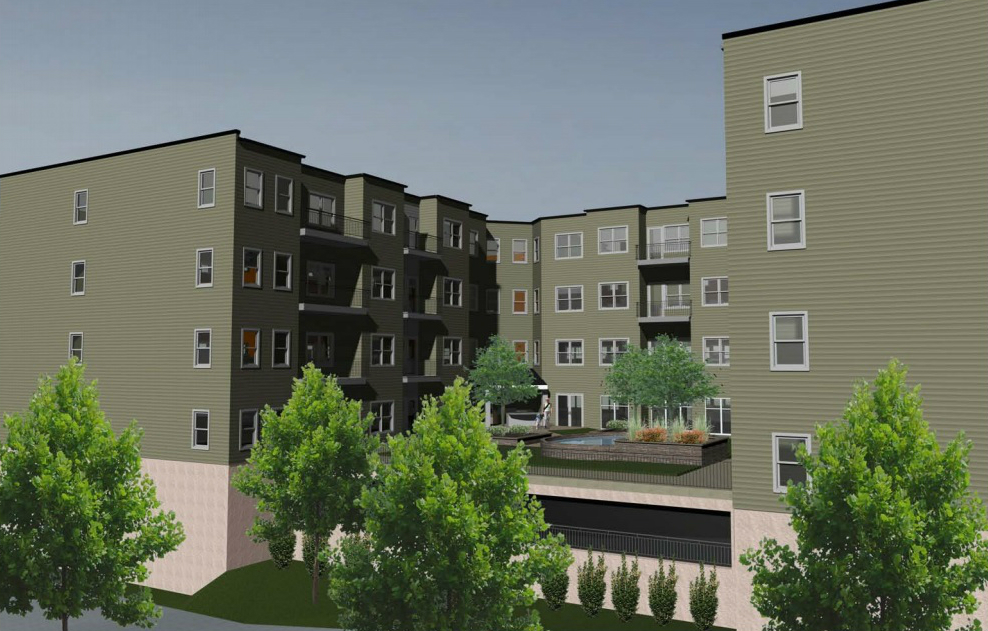 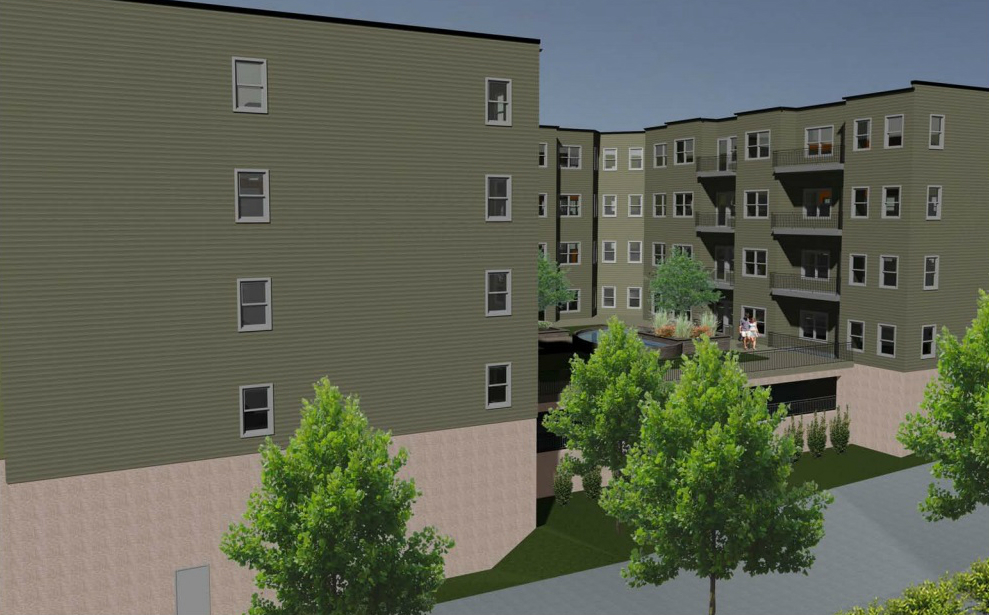 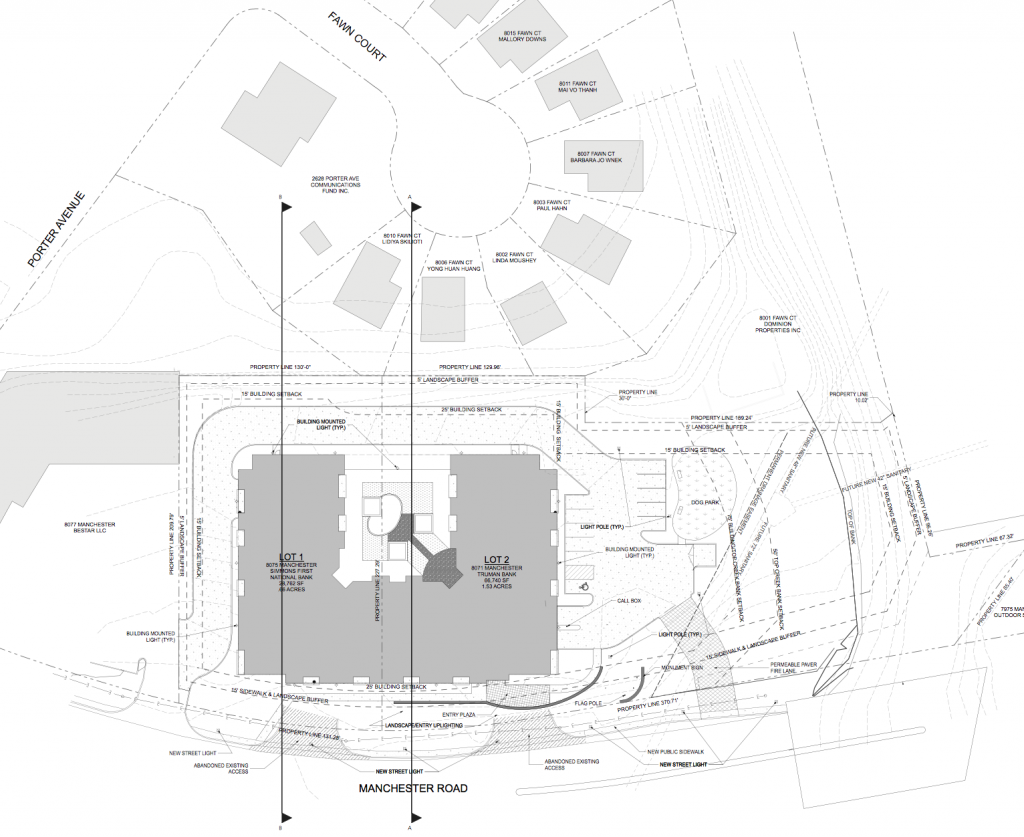 From our previous article: Plans Presented for 108-Unit Apartment Development at Manchester-Hanley

A high profile vacant site at Manchester and Hanley Roads may see a large apartment development if plans by Garrison Development of Kansas City come to fruition. The project, at 8071 Manchester, received a first hearing at the Brentwood Planning and Zoning Commission public hearing yesterday where the plan was met with a generally positive reception.

The early concept shows a four-story, 159K sf building with 108 apartments and 162 parking spaces. The building would be comprised of 37 one-bedroom, 59 two-bedroom, and 12 three-bedroom units. Sixty-nine of the parking spaces would be on one level underground. The rest would be surface spaces.

The project remains several steps away from becoming reality, with more meetings and review from the City of Brentwood, refined plans, then financing. Though at a heavily trafficked intersection, the site remains challenging as Black Creek necessitates a significant setback to the east.