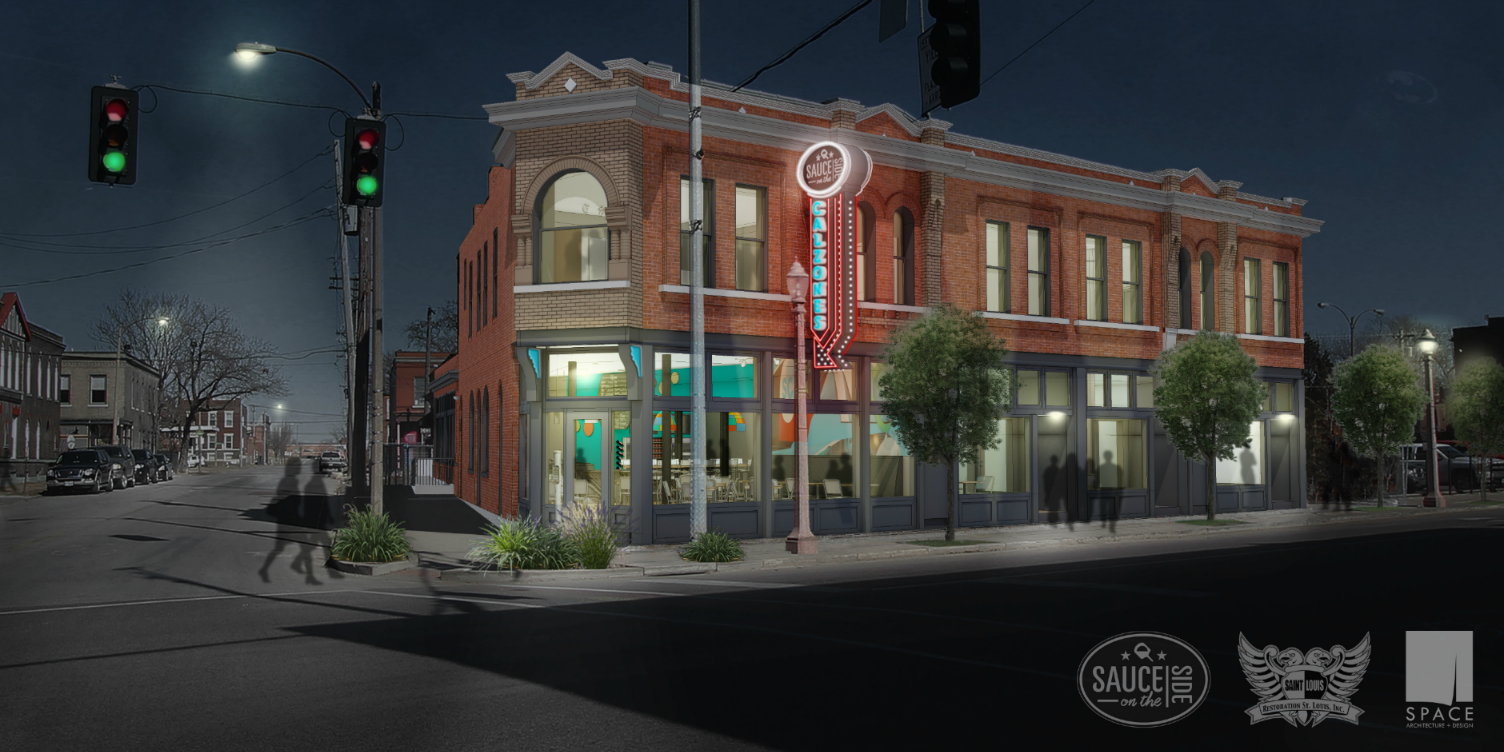 In January, Sauce on the Side announced it would open a third St. Louis location in The Grove. The new location will be at 4261 Manchester Avenue. One of the draws to the transforming neighborhood was gaining the ability to make deliveries to Midtown and Central West End neighborhoods.

The restaurant will occupy the building’s first floor and apartments will be completed on the second. Sauce on the Side aims to be open by May. Apartments are planned for summer occupancy.

Last year, the Sauce on the Side’s downtown location moved from a hole-in-the-wall diner spot (with it’s own charm), to the first level of the Roberts Tower at Old Post Office Plaza. The other location is in downtown Clayton.

The building is the last of four at the central intersection of Manchester and Tower Grover Avenue to be rehabbed. The building has been vacant for some time, and long neglected before that. The other corners are occupied by Sweetie Pies, Reliance Bank, and boutique retail.

Developer Restoration St. Louis is bringing the building back to life. The company is currently restoring several store fronts on the south side of Manchester in The Grove as well, and has rehabbed dozens of properties in the neighborhood. SPACE Architecture + Design is the building architect and designed the space for Sauce on the Side. {Sauce on the Side at Old Post Office Plaza}