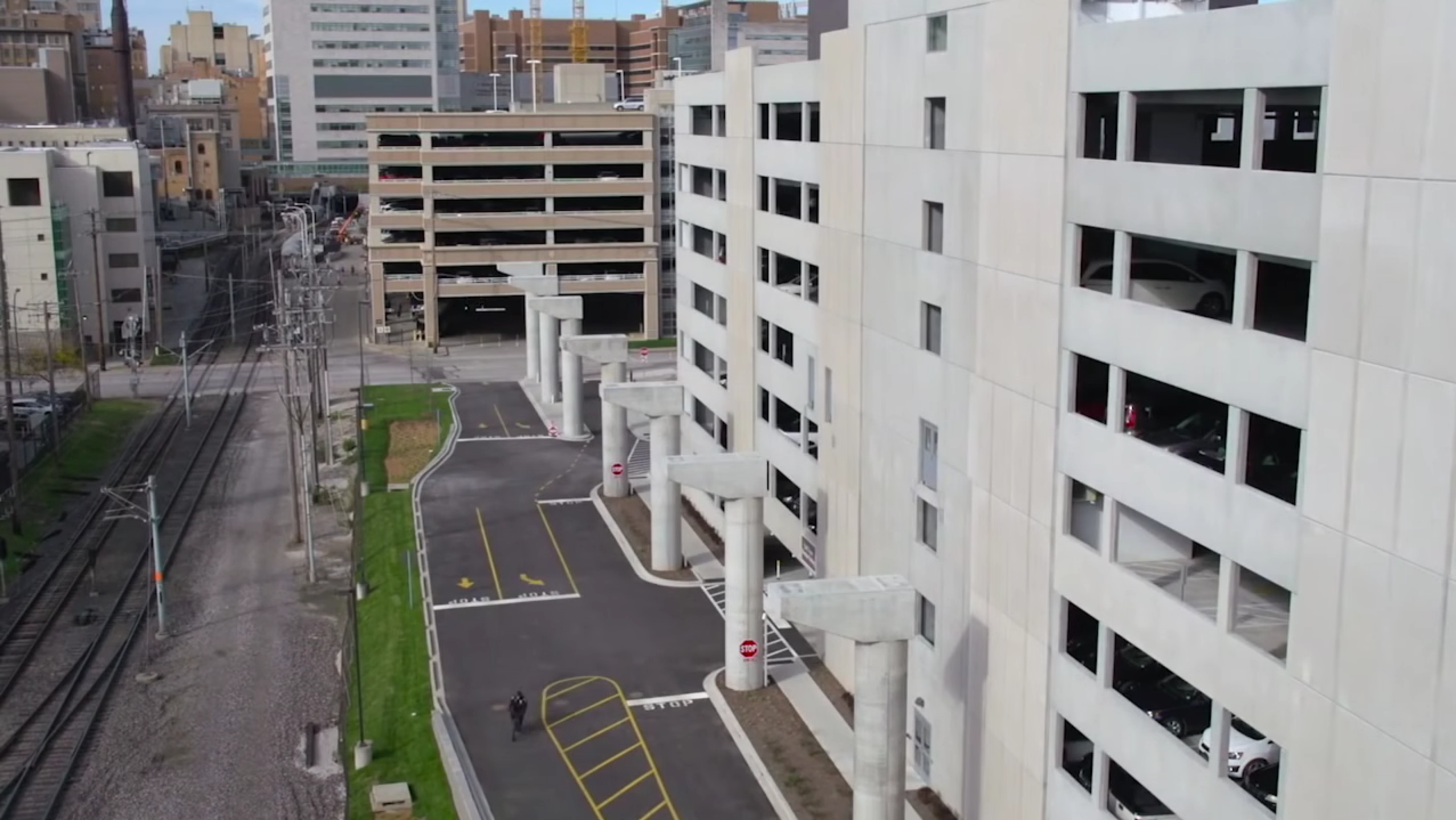 We reported in April of 2014 that a 3,000 Space Parking Garage and 1/3-mile elevated walkway was planned for the BJC Healthcare-Washington University School of Medicine campus. BJC has posted a video update of the project witha fly-though animation of the walkway.

The parking and walkway is a nice amenity for the thousands working on the growing medical campus. The project will connect four parking garages, have closed circuit security cameras, get people out of the elements, and remove pedestrians from the public sidewalks.

It’s a huge investment for an area that lacks some basic public street and sidewalk infrastructure. Pedestrians, at least those not working or visiting the campus, just using the space as part of the city, aren’t being served well. Again, while nice for workers, the structure reinforces Taylor as an access road, and not an active, integrated part of the city. Taylor Avenue, more-or-less the eastern border of the BJC, WUSM, St. Louis College of Pharmacy part of the campus, has long been treated as a alleyway. Sidewalks are narrow, punctuated by telephone poles, and crosswalks insufficient. Elsewhere, pedestrians have been given second-class consideration during construction. Before skywalks connecting every parking garage with every campus building are permitted, more should be required of the public infrastructure. {the new skyway – currently under construction} Even the Cortex development to the east has prioritized moving cars in and out of the area above robust pedestrian or bike infrastructure. That development has replaced a significant length of sidewalks and installed pedestrian streetlights where none previously existed.

A new MetroLink station is coming the area as well, perhaps breaking ground in 2016, and opening in 2017. It is made possible by a federal TIGER grant. By contrast, the new $18M I-64 interchange serving the area was prioritized and completed in 2014.

The new walkway will connect directly from the newly completed 3,000-car garage (and adjacent garages) to the garage housing the Central West End MetroBus station, to the under-construction 500K sf BJC office building.