Tonight at the Forest Park Southeast Neighborhood Association meeting Green Street presented the latest revision for their development at the Commerce Bank site at the far east end of The Grove. The updated plan shows 271 apartment units, including 171 1BR/BA, 96 2BR/2BA units, and 4 3BR/2BR, and 20,000sf of retail space. Target monthly rents range from $1,000 to $2,300. A total of 615 parking spaces are allocated to residences, with another 133 for retail.

Parking has become a concern for businesses and residents alike in The Grove as more businesses, especially bars and nightclubs, have opened and found success. A larger district parking plan calls for structured public parking at both the east and west end of the mile-long commercial strip. Required parking for the development is 461 residential spaces and 133 for retail. A new MetroLink station will soon be under construction three blocks to the northwest at Cortex.

The reduction in retail spaces is probably a smart move. With that big blue box opening just to the north, and imminent retail development across Vandeventer at Midtown Station, this block of the Manchester strip may be better suited to smaller retail. It’s anticipated that big box stores and additional national retailers will locate nearby on Vandeventer north and south of Highway 40. 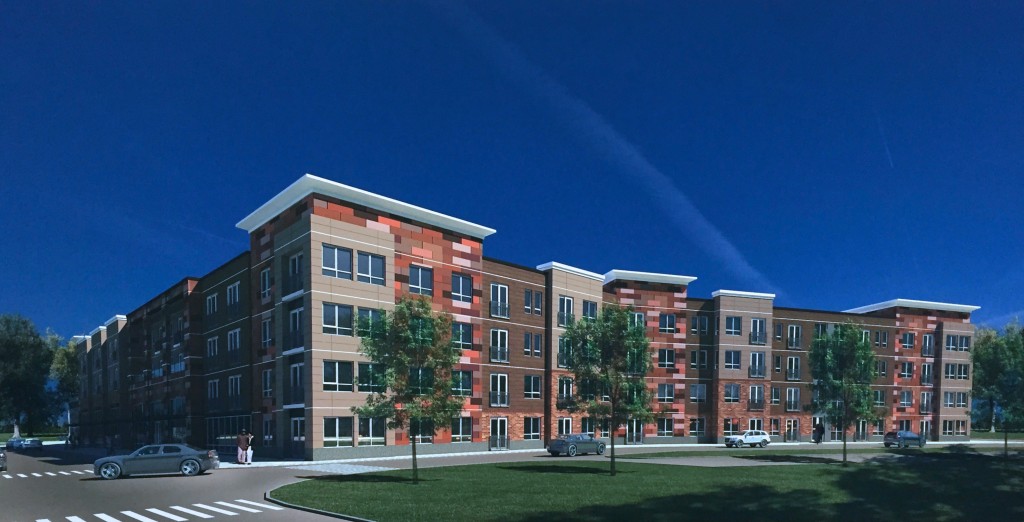 The once-planned grocer was pegged at 30,000 square feet, with additional retail beneath apartments and in separate buildings on the west side of Sarah Street. No update on those buildings has been made public. The initial Green Street proposal made public this past November called for 250 apartments and 50,000sf of retail space. An updated plan later showed 300 apartments, 78,000sf of retail, and 675 total parking spaces. That plan sought $12M in TIF support, while the new plan is seeking a 10-year tax abatement instead.

The new plan is for a shorter building, down from eight to four stories, but one that better adheres to the street face and presents a facade arguably better suited to the context of the neighborhood. In renderings, it bears a striking resemblance to the Cortona at Forest Park also designed by Humphreys & Partners out of Dallas, TX. Retail is focused on the southwest corner, nearest existing retail, while residential units will face Sarah, Manchester, a cut through street to the east, and Papin Street to the north, effectively building out the 4.5 acre site. A second phase would complete the site with a building on its northwest corner. 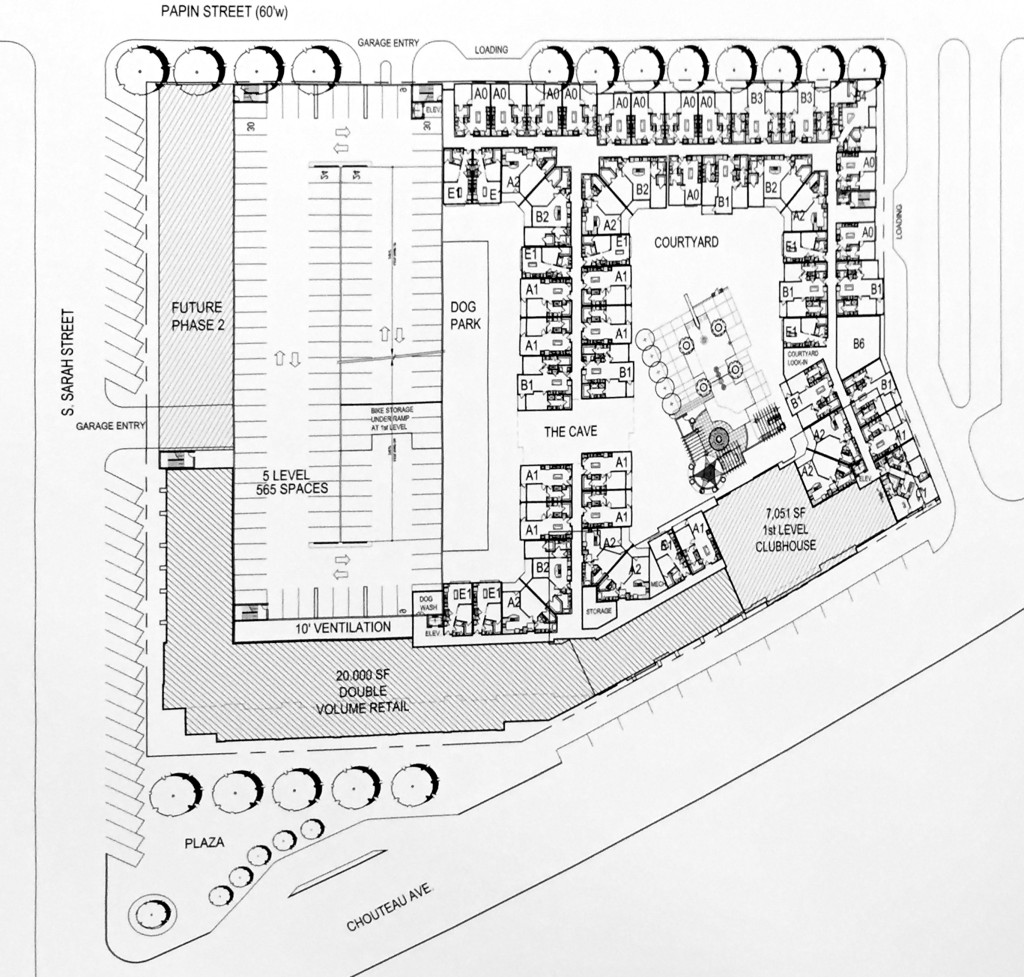 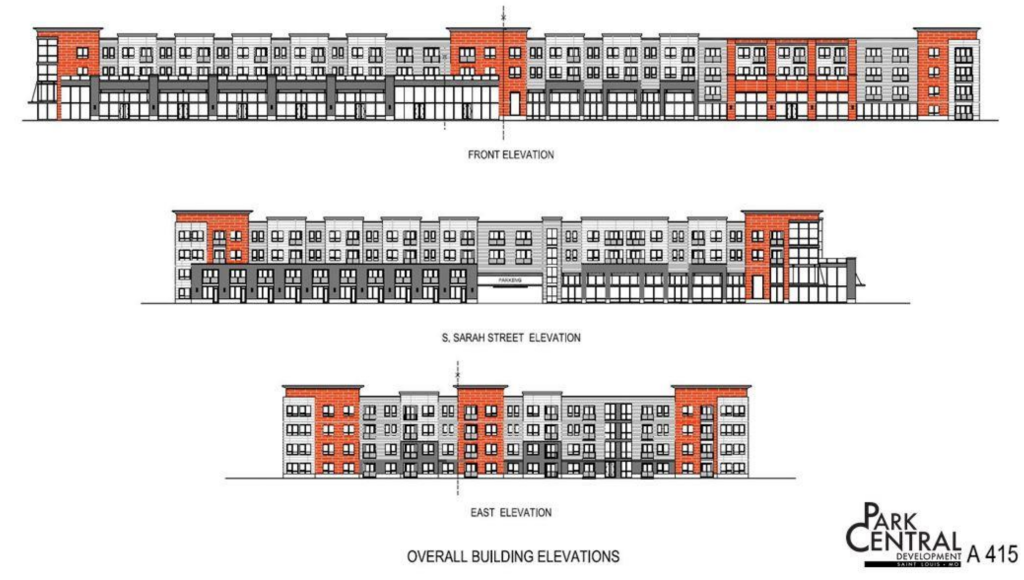 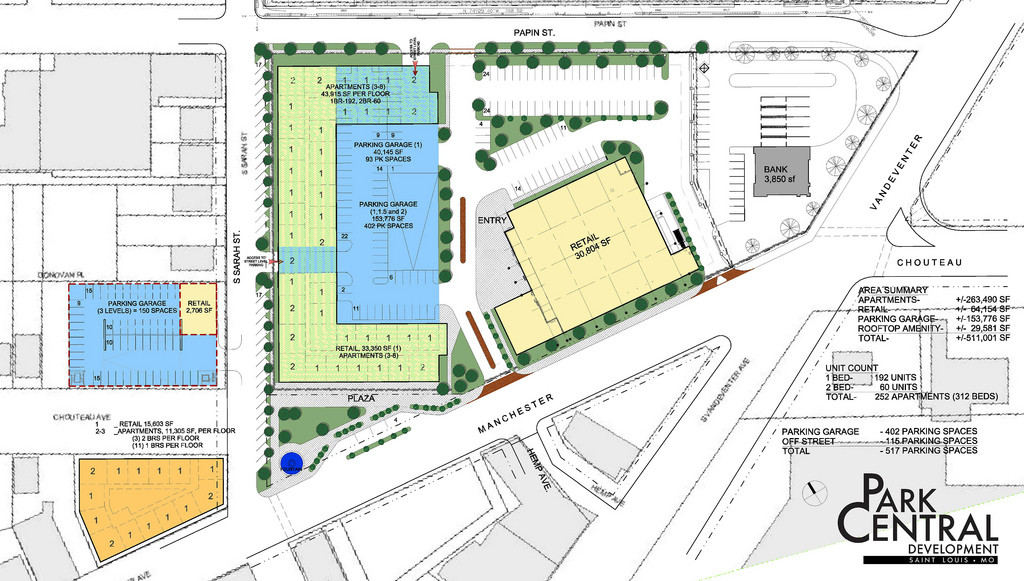 Work has begun at the Chouteau’s Grove site as of November 2016. A $3.8M building permit for the projects structured parking component was issued earlier that month.