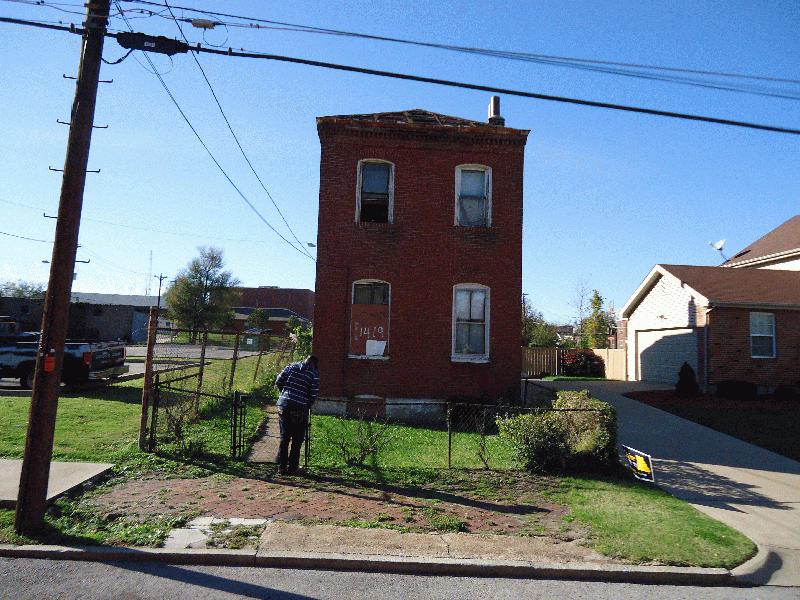 An unlikely rehab of a pre-1880s home located at 1419 S. Cardinal in the Gate District will soon commence. Owner/developer Sam and Sons, LLC will rehab the structure at a cost of $100,000. The building permit was issued this week. The home was previously owned by the city’s landbank, the Land Reutilization Authority (LRA). The vacant and boarded home has recently shown signs of its old age, with a rear portion of the structure collapsing.

The full rehab of this building is an unexpected and welcome bit of news for a neighborhood that has lost much of its original historic 19th Century character.

Below is a photograph of the home courtesy of Geo St. Louis: Sam and Sons, LLC is tackling the rehabs of other previously-LRA-owned buildings, including a frame house in the city’s Carondelet neighborhood that was vacant for over a decade. We’ll update you on the progress of that rehab soon.