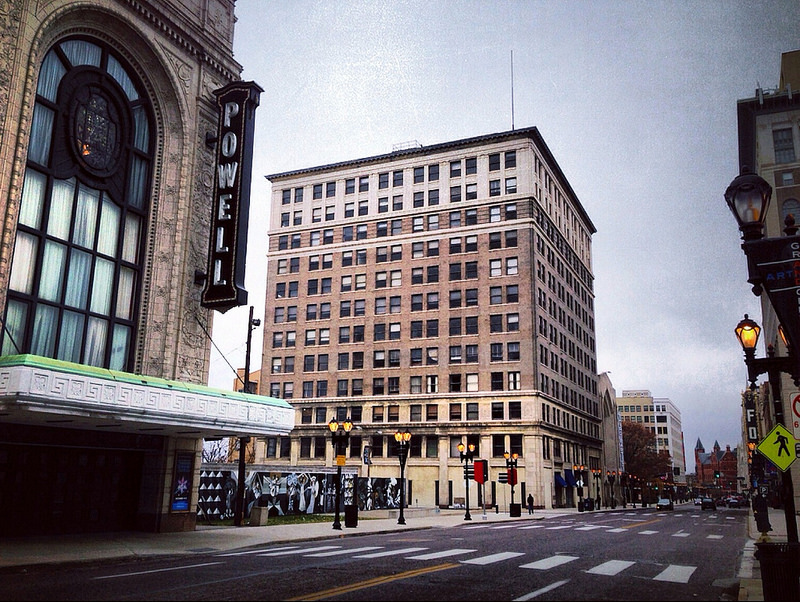 The long-awaited rehab of the former Missouri Theater Building (also the former location of the city’s Health Department) at 634 N. Grand in Grand Center took a step forward last week with a building permit issuance to its owner, The Lawrence Group. The permit amount was $652,000 for interior demolition only.

The Missouri Theater building is among the last of Grand Center’s historic stock of buildings to be rehabbed. In addition to apartments, the building will host at least one commercial space, thought to be a B.B. King’s Restaurant and Blues Club, as first reported by nextSTL earlier this year.

In the image below, which looks southward down Grand, the Missouri Theater may be seen in the background. The Lawrence Group purchased the Missouri Theatre Building in 2013 for $3.2 million from Grand Center Inc. The building was designed by DeRosa & Pereira, and completed in 1920. It was mostly utilized as a medical office building, but also housed the grand 3,600 seat Missouri Theatre from 1920 to 1957. The theatre portion of the building was demolished for a parking lot in 1959.