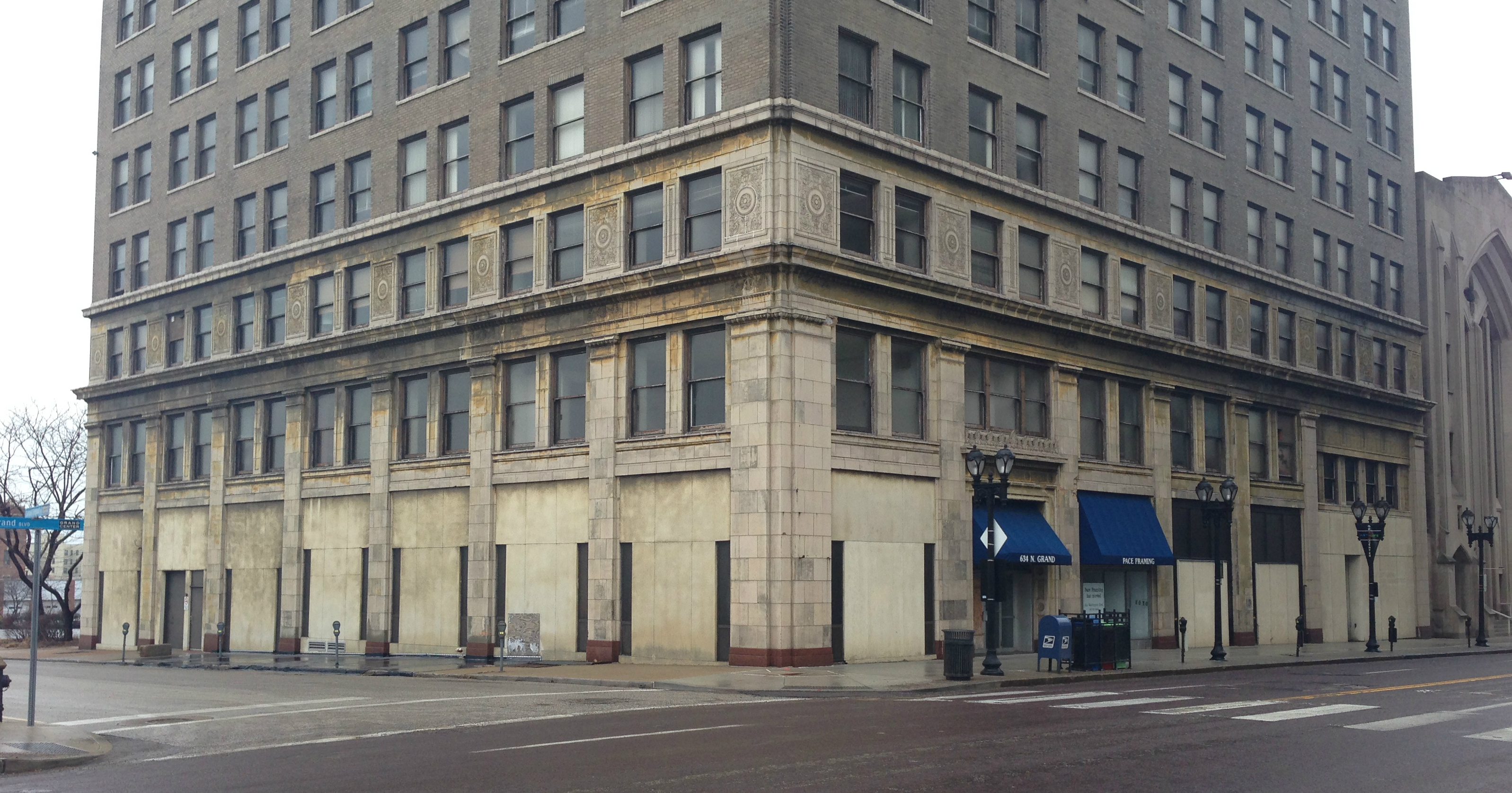 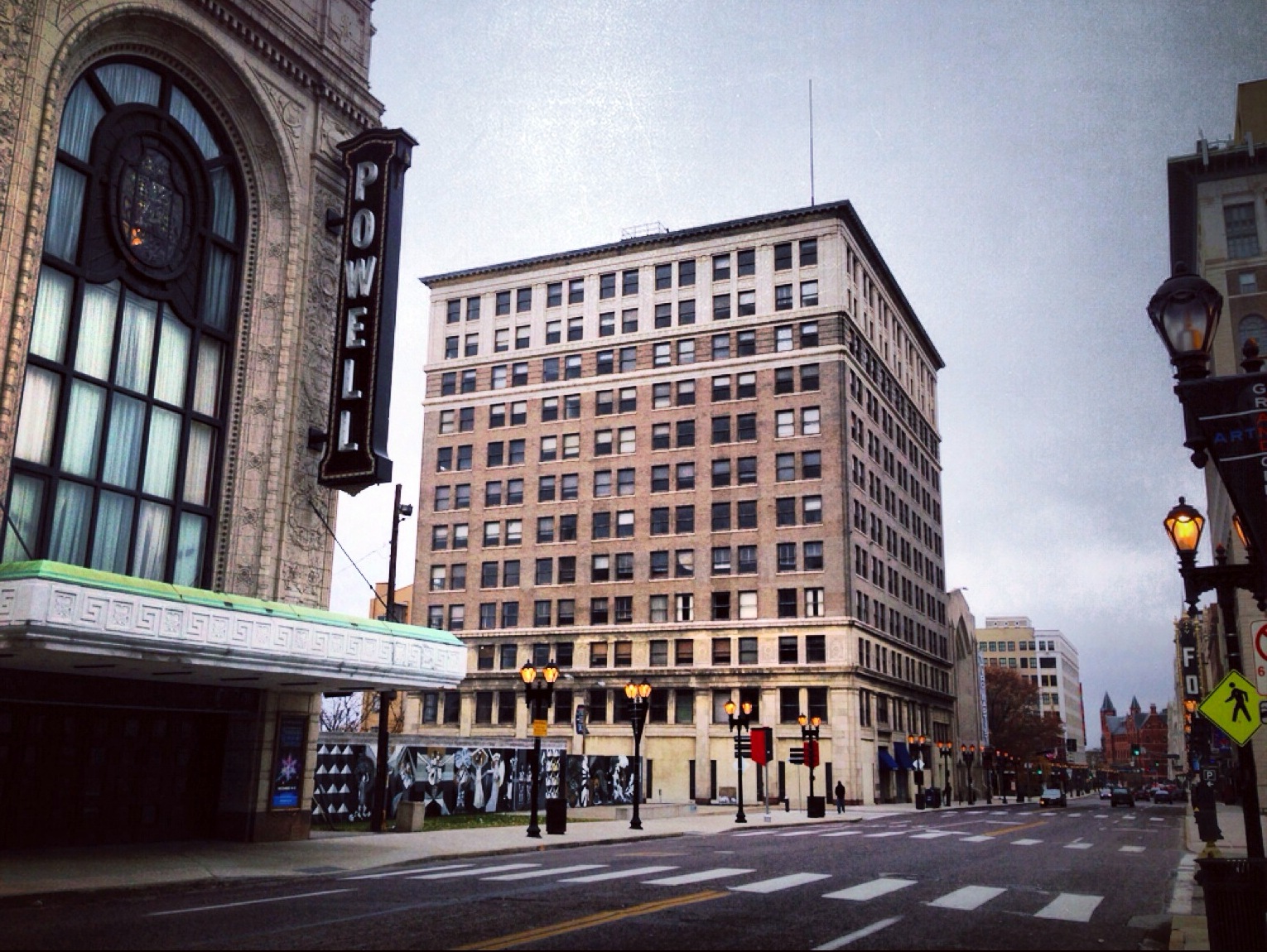 Sources tell nextSTL that a B.B. King’s Restaurant and Blues Club will be the commercial anchor for The Lawrence Group’s Missouri Theatre Building apartment conversion in the city’s Grand Center arts and entertainment district. The Lawrence Group intends to complete a $24 million renovation of the 154,000sf building. The project will feature 108 apartment units and 25,000sf of commercial space.

The restaurant and live music chain is named after the famous bluesman, and owned by Beale Street Blues Co. of Memphis. The St. Louis location is expected to open in 2014, with completion of the apartment project following in 2015. The opening would add another live music venue to the rapidly changing Grand Center. Jazz at the Bistro and independent radio station KDHX both house live music venues. 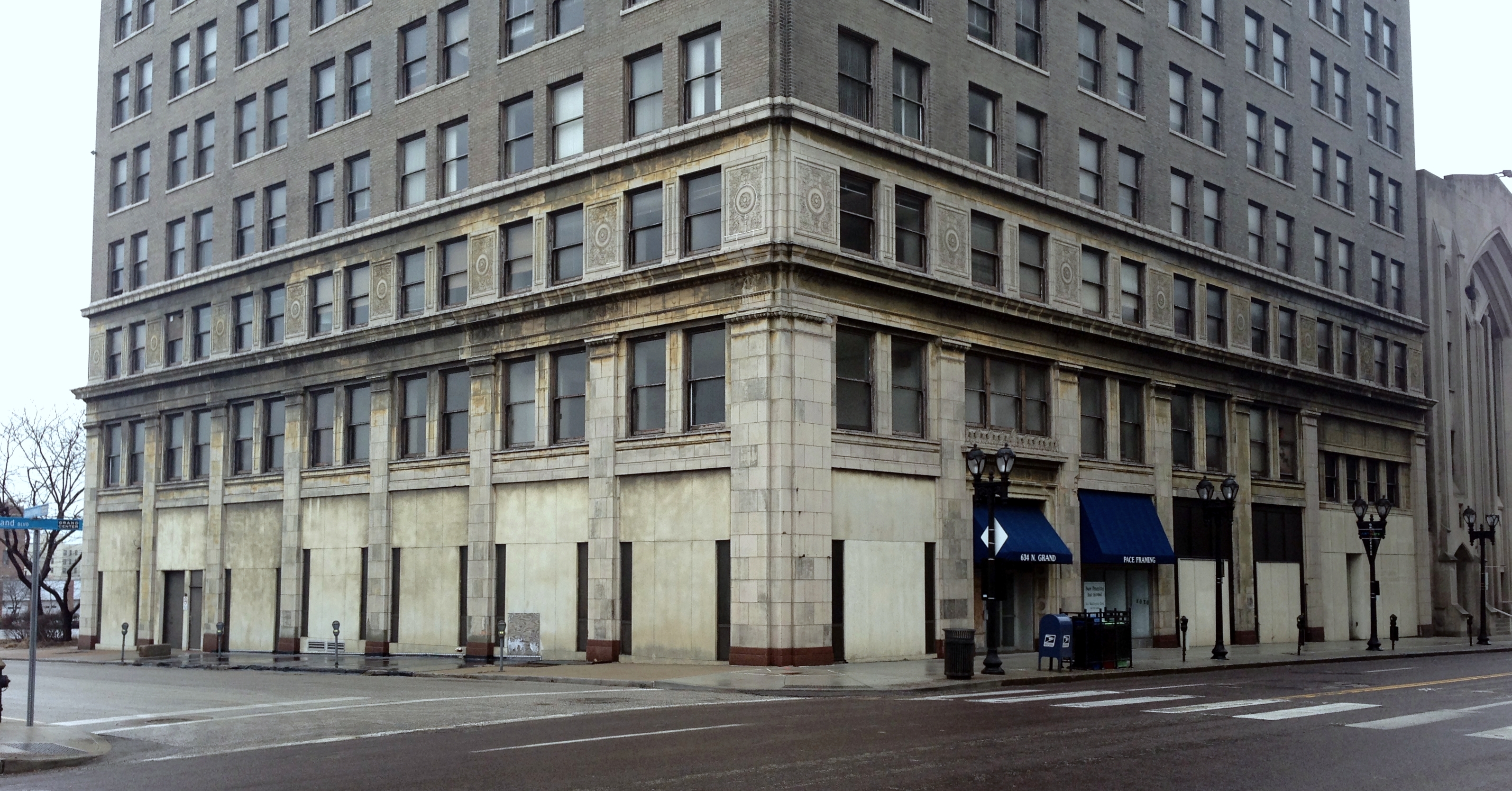 According to Tim Bryant of the St. Louis Post-Dispatch, the Higher Education Channel (HEC-TV) a nonprofit television station, has signed a letter of intent to occupy approximately 6,000sf of the Missouri Theatre building. HEC-TV reportedly hopes to build out a street-level studio with large windows to add to the district’s street activity. The Nine Network of Public Media has been a long time district resident and St. Louis Public Radio opened a new home next door in 2012.

Grand Center is home to the 4,500 seat Fox Theatre, Powell Symphony Hall, the Grandel Theatre, Sheldon Concert Hall, the soon-to-be renovated Sun Theatre and numerous other event venues in addition to arts institutions such as the Contemporary Art Museum, the Pulitzer Foundation for the Arts and Craft Alliance.

B.B. King’s Restaurant and Blues Club has locations in Memphis, Nashville, Orlando, and West Palm Beach. Another location, open for only two years, in the Las Vegas Mirage Hotel and Casino shuttered after filing for bankruptcy in 2011. The 25,000sf Nashville restaurant has two levels and two stages. It can accommodate 550 patrons or 750 for cocktails. The restaurant also features table and wall art from local artists with live music seven days a week.

The Lawrence Group purchased the Missouri Theatre Building in 2013 for $3.2 million from Grand Center Inc. The building was designed by DeRosa & Pereira, and completed in 1920. It was mostly utilized as a medical office building, but also housed the grand 3,600 seat Missouri Theatre from 1920 to 1957. The theatre portion of the building was demolished for a parking lot in 1959. 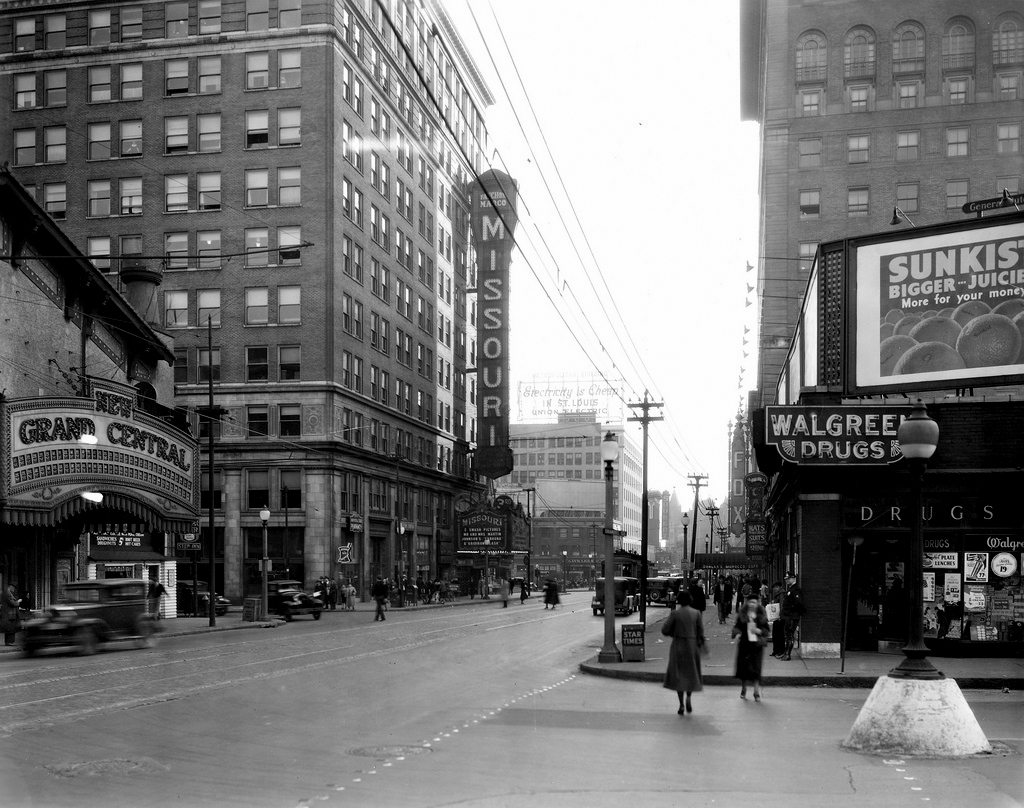 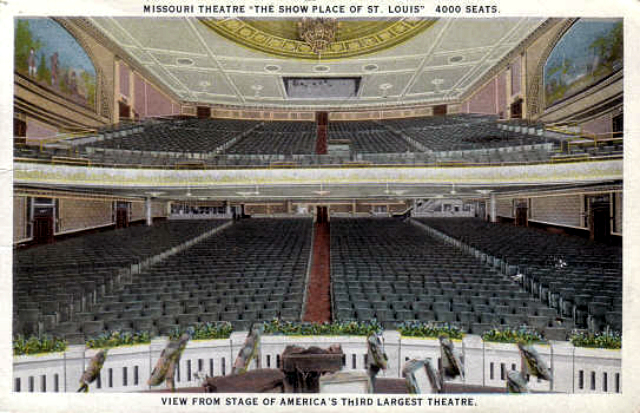 The theatre, located behind the remaining building, sat up to 4,000 and was at one time billed as “America’s Third Largest Theatre”. The commercial success of the Missouri Theatre reportedly led to the owners building another theatre virtually next door. This was the St. Louis Theatre, now known as Powell Symphony Hall. The Missouri Theatre was home to the Missouri Rockets during the 1920s. The chorus line moved to New York and became internationally known as the Rockettes. They have performed out of Radio City Music Hall in Manhattan since 1932. An attempt to reach The Lawrence Group co-founder Steve Smith for comment was unsuccessful.

While several theatres and many other buildings have been demolished in Grand Center, some of the most significant have recently been brought back to life. The Fox Theatre was completely restored in the early 1980s, the 22-story Continental Building was renovated in 2000, Craft Alliance opened in 2008 in a former Woolworths, the once Carter Carburetor Corporation headquarters is now the Grand Center Arts Academy, and the Metropolitan Building renovation was completed in 2012. 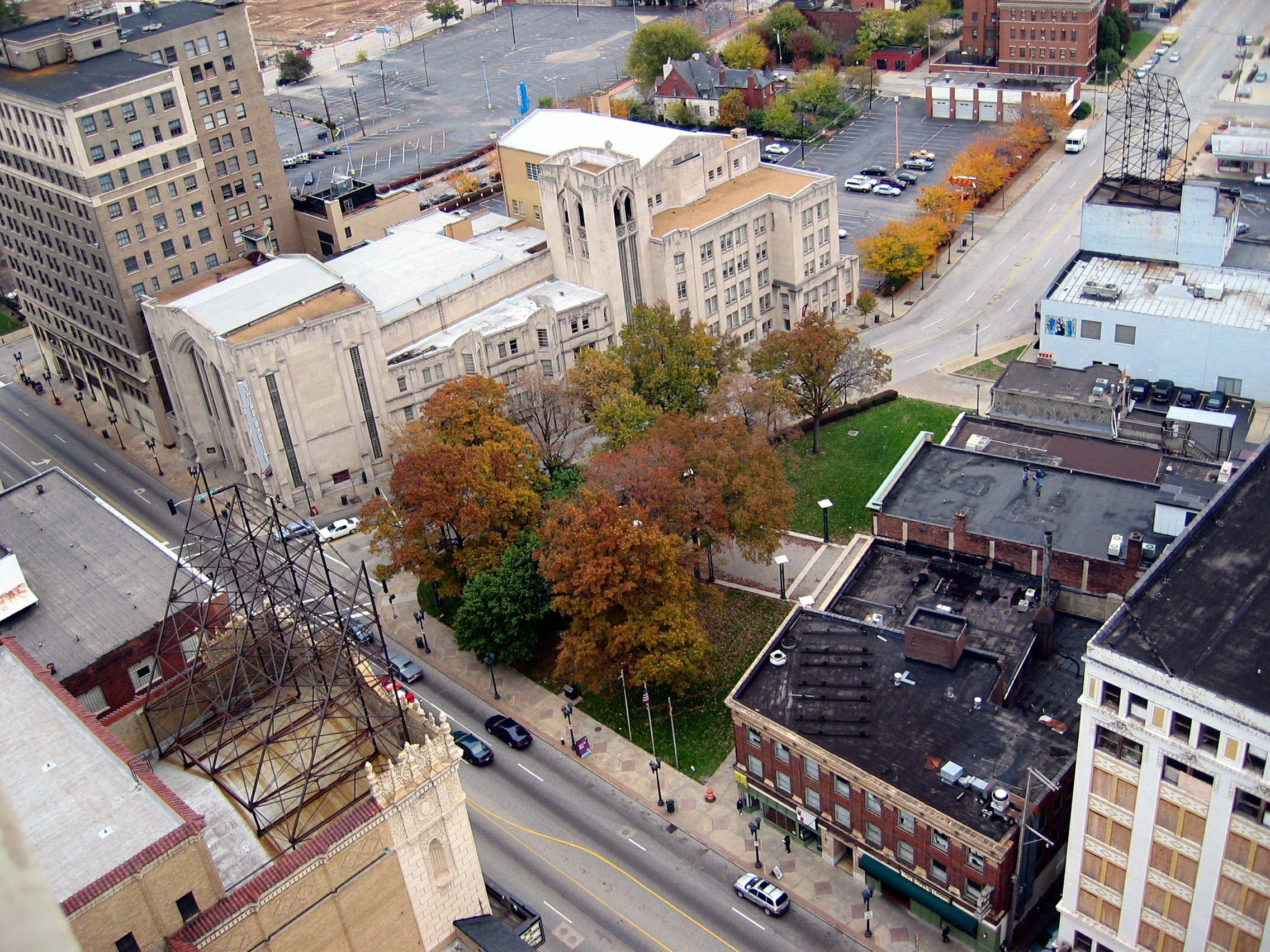 {the Missouri Theatre building can be seen top-left, Strauss Park is center}

Arguably, this leaves the Palladium, or Club Plantation, as perhaps the last culturally significant building near the Grand Avenue spine of the district to be rehabbed. Long believed to be the target of demolition by the expansion-minded neighboring Veterans Affairs Hospital, the 1912 building has not been included in Grand Center Inc.’s master planning. One of just ten century-old buildings left in the district, a lot of music history was made at the Palladium. Its restoration would seem to make sense in the midst of B.B. Kings and Sweetie Pies, the local soul food sensation founded by Robbie Montgomery, a one-time backup singer for Ike and Tina Turner, among others. Visit the Save the Palladium Facebook page for more.