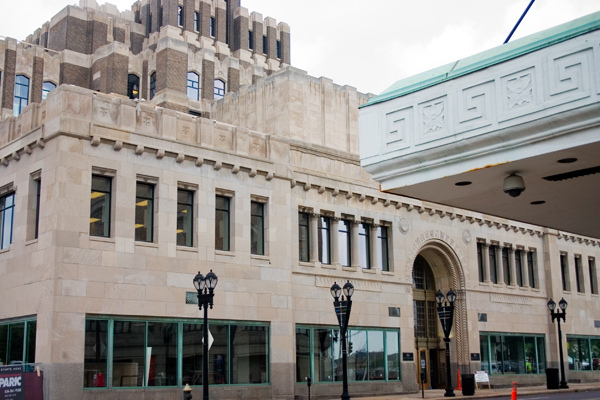 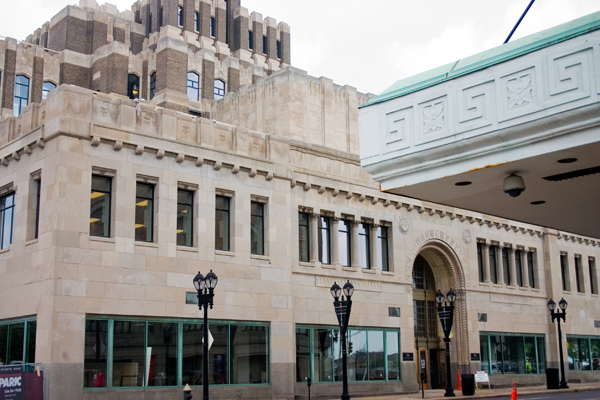 Directly across from Powell Symphony Hall, two long-overlooked buildings are poised to become a nucleus for Grand Center. NextSTL was given a construction tour of the progress. The Beaux Arts Building at 711 N. Grand was built in 1925 as offices for the Carter Carburetor Corporation. Originally intended to be a skyscraper, the Great Depression intervened and only the two story podium was completed. The adjoining building is 1929 Pythias Hall which was used by the Knights of Pythias as a meeting hall. The lower floors were used for valet parking facilities and later as parts storage for Carter.

Long vacant and left in limbo by the 2008 collapse of the Pyramid Companies,  the buildings were sold at auction for $3.2 million in 2009. Since then The Lawrence Group has spearheaded an ambitious $21.4 million adaptive reuse project to turn the property into the home of the Grand Center Arts Academy.  The project fuses bold colors and modern conveniences with the historic architecture of the building. 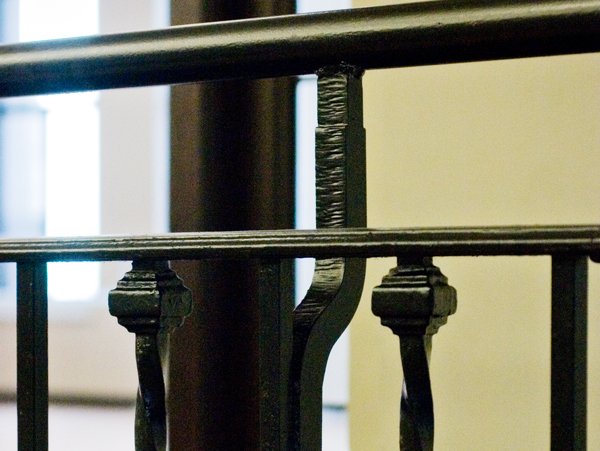 Established by Confluence Academy to offer exceptional instruction in areas of music, theater, visual arts, and dance in addition to traditional academics, the Grand Center Arts Academy facilities are positioned to bridge the gap between traditional schools and the amenities offered by exclusive private schools. Starting in 2010 with 225 sixth and seventh graders in temporary space at the Third Baptist Church in Grand Center, the school plans to expand to 750 students in sixth through twelfth grades. 40% of current students left private schools to enroll in GCAA, and it is likely that the school will be an important asset to influence more families to remain in the city. At a more local scale, the sheer size of the projected population also has the potential to kickstart the torpid atmosphere of Grand Center. 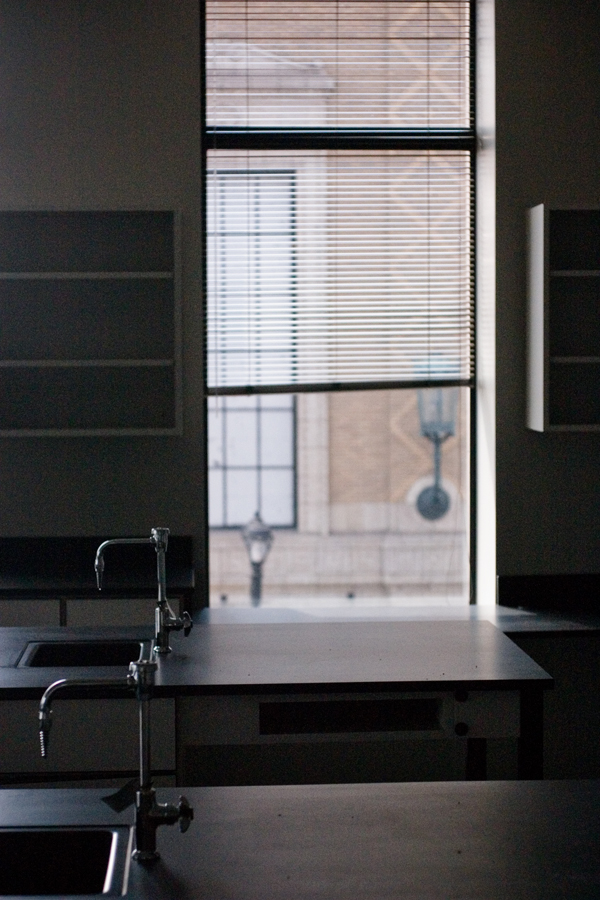 Part of the school’s mission is to: enhance the performance component of the arts program by providing ongoing relationships with major cultural institutions in St. Louis. Students will be able to participate in projects and classes at these institutions, and the school intends to draw on them for artists-in-residencies at the school. Partnerships with these local arts and cultural partners are a component of the arts programming for students in GCAA in addition to the arts instruction they will receive from their certified Arts Specialists throughout their school day

Currently the school is sponsored by St. Louis University and is actively forging partnerships with KETC television / the Nine Network of Public Media, the Contemporary Museum, and other entities. One of many public initiatives under consideration is a school-led public garden that would be located off-campus in Grand Center.

This mission of connection begins with the design of the school itself. Lawrence Group understood that they would be designing the first truly urban school in St. Louis with no on-site parking and no athletic fields or playgrounds separating the 115,000 sf complex from the outside community. The design builds on this energy by placing both the kitchen and cafeteria on the first floor in full view of the sidewalk so that the daily rhythm of life in the school can be linked to the pulse of the city beyond. Large classrooms frame views out to Powell Symphony Hall, the Pullitzer, the Fox Theater, and the Grandel Theater to reinforce student aspirations.

Even typically banal academic spaces such as bathrooms and stairways are enlivened with a bold color palette and supergraphics to reinforce the energy and ambition of the school. 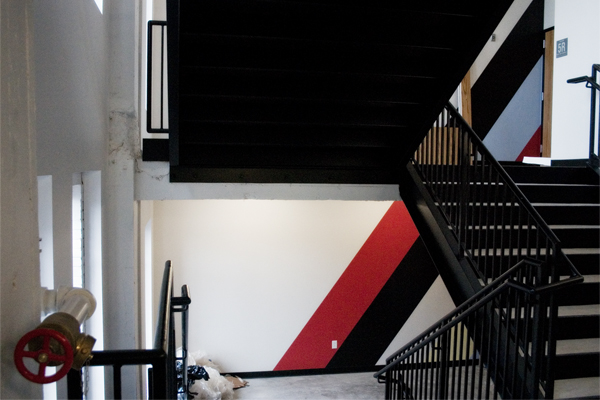 The coupe de grâce is the stunning dance studio on the top floor. Originally the meeting hall for the Pythians, the studio combines Gothic architecture with a large state of the art rehearsal space, changing areas, and smaller studios. When the area is fitted out with mirrors, stretch bars and dancers on two levels the effect will be phenomenal. 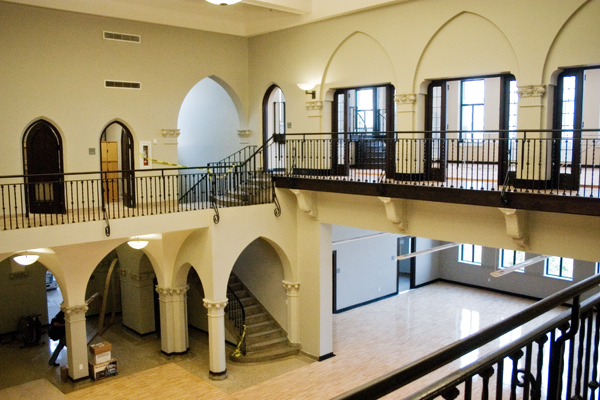 The ambition of the school is not solely contained within the existing complex. The school, in conjunction with Lawrence Group, has determined that reuse of the moldering Sun Theater is feasible. Currently under option by Grand Center Arts Academy, the LRA owned building is envisioned to become a 1,500 seat school auditorium following full enrollment in 2015 and an $8 million renovation. The Sun is in partial collapse due to neglect by long-time former owner Grand Center, Inc., but the interest of GCAA apparently saved the theater, built in 1915 as the Victoria, from emergency demolition last year. 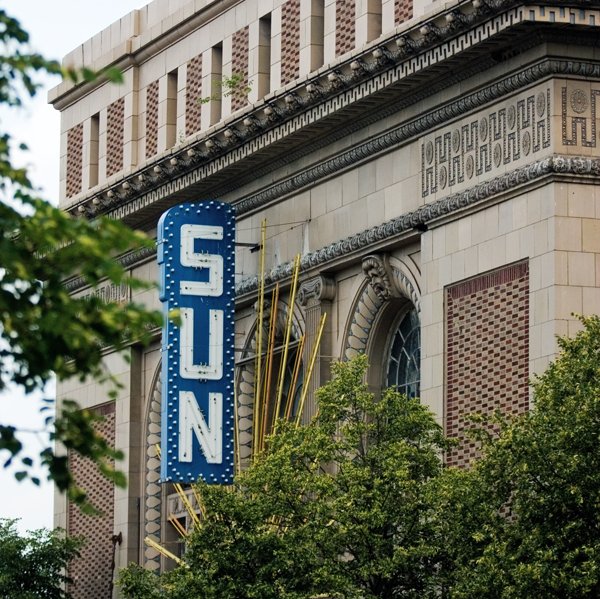 While there are severe structural challenges with the building, St. Louis should not overlook its potential. The Lincoln Theater in Columbus, Ohio was recently rescued from a similar condition with a $13.5 million dollar renovation into a public venue and jazz academy. A renovated Sun Theater would primarily serve the GCAA, but it could also provide a beneficial smaller venue for ensembles or larger jazz shows. Jazz would be especially fitting since the Sun Toronto Cialis US is directly across the street from the Palladium Ballroom – the most important surviving link to the jazz legacy of St. Louis.