St. Louis is developing something of a reputation for converting old service stations into new, interesting spaces. Olio may be one of the latest and best known examples, but nearby, The Social Affair matches the aesthetic. The first Urban Chestnut Brewing Company occupies a larger former service station, and an old repair shop on Laclede Avenue is home to Northwest Coffee. There are other examples. And across the city, people are remaking St. Louis by converting warehouses, churches, fire stations, corner shops and more to residences.

Yet this week may mark a first, as the city’s Preservation Review Board has voted to support the conversion of a dilapidated service station at 4066 Russell Boulevard in the Shaw neighborhood to a private single family residence. Because the long vacant building would be altered significantly, the city’s Cultural Resources Office considered the project within the Shaw Neighborhood Certified Historic District as new construction, a determination that allows a more modern aesthetic. 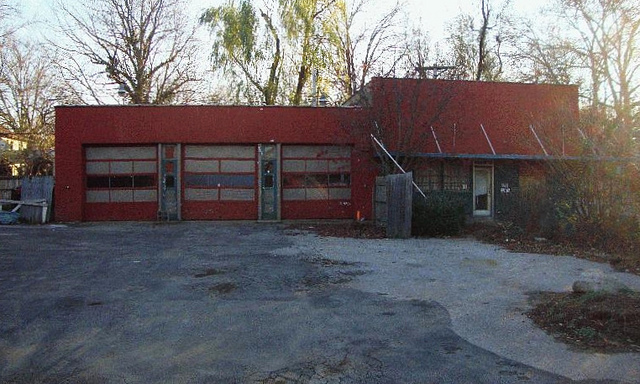 {the building at 4066 Russell as it looks today}

Applicant William McCuen was an Associate Principal at Forum Studio for a couple years according to his LinkedIn profile, and lists current activity as “‎Independent Architecture & Planning Professional”. The building and its transformation clearly required someone with vision. Ideas have come and gone, but this ambitious residential conversion is the first to move ahead.

The building will undergo a complete overhaul and the unbuilt portion of the lot along Russell Boulevard will be marked for future development, presumably residential infill. At approximately 94ft x 60ft, there’s quite a bit of space to work with, and it’s great to see the corner not simply converted to an expansive side yard.

The concrete block building will be surfaced with stucco, as will a new concrete wall, dividing the lot and providing private greenspace to the residence. A third story pop-up and roof deck will be added. Solar panels will top the existing garage, and a small garage will be added to the east end of the existing structure. 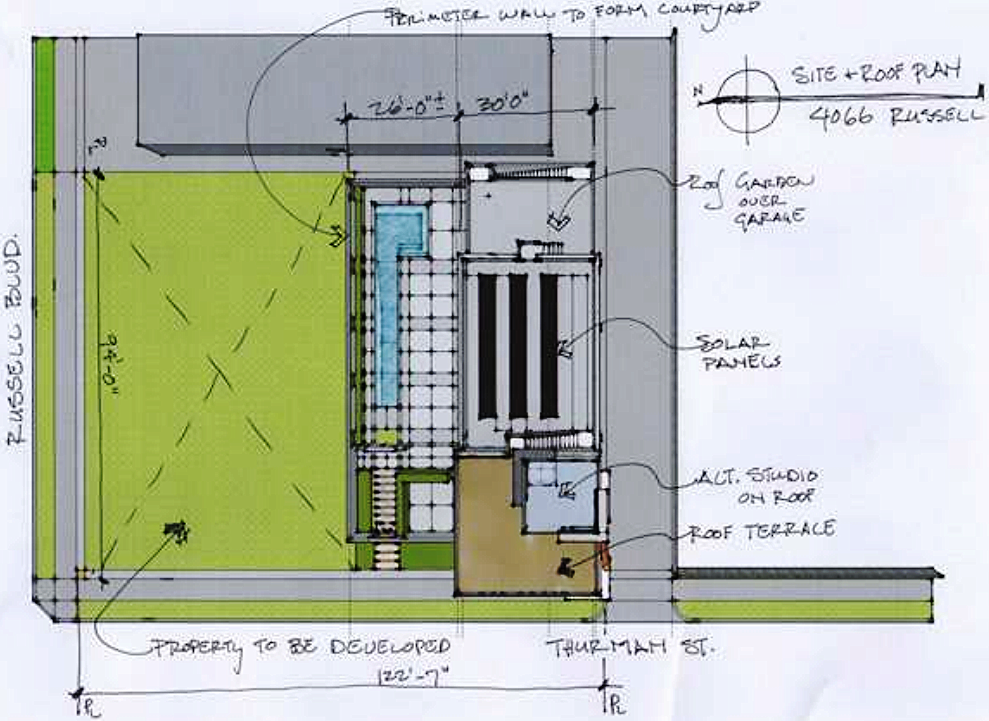 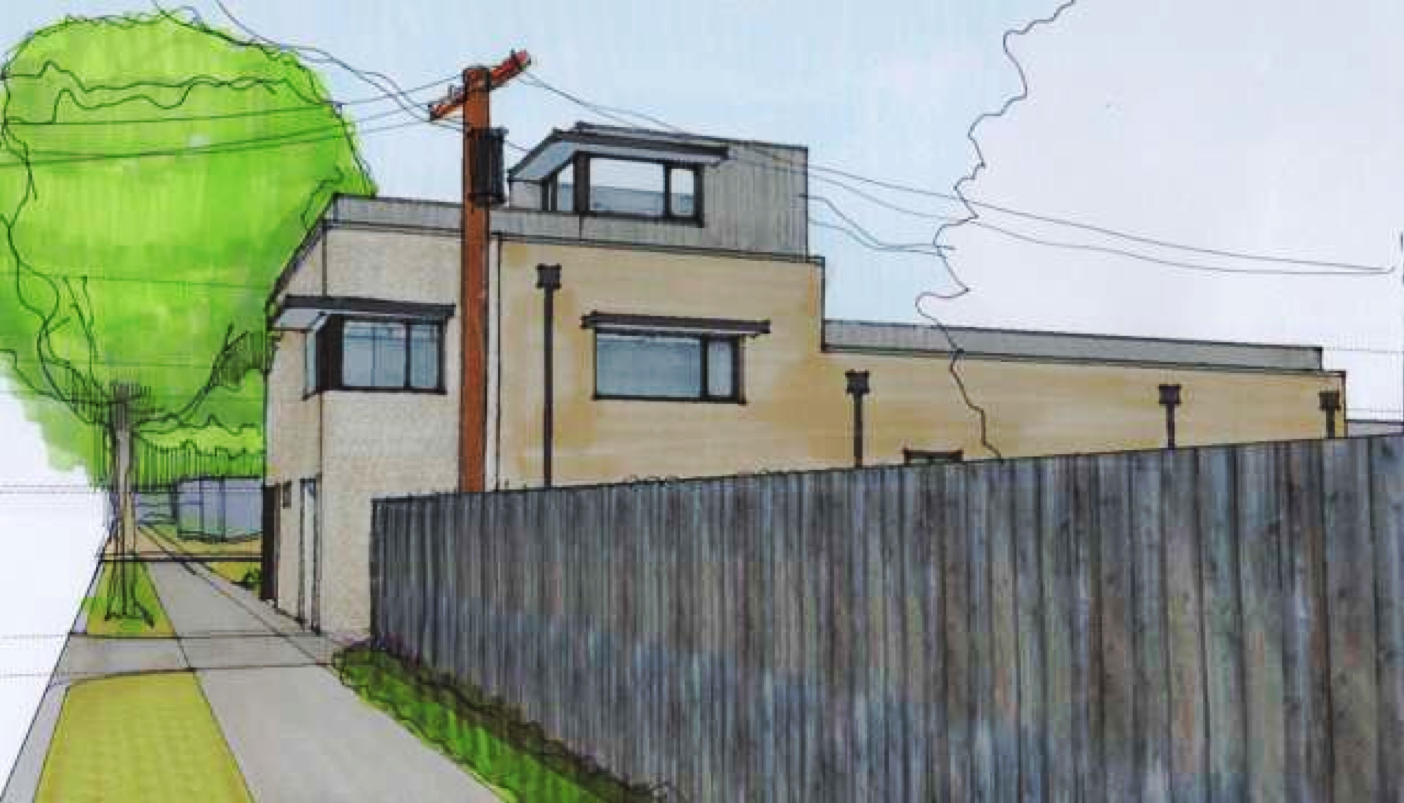 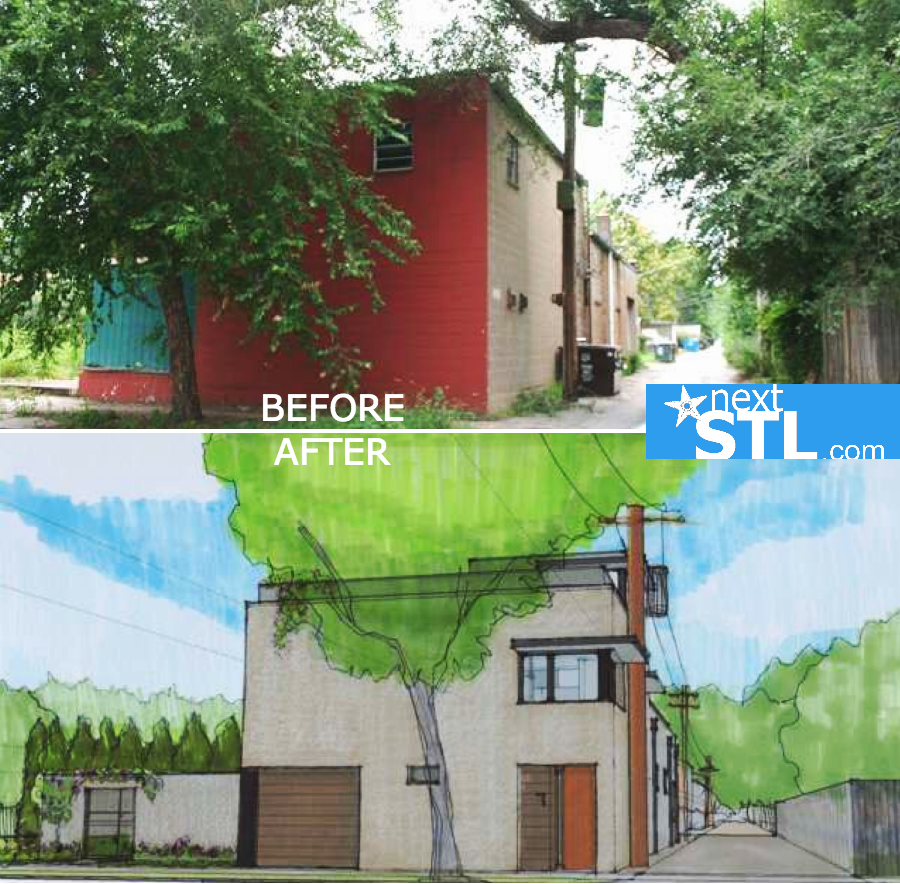 The lot is owned by the City of St. Louis via the Land Reutilization Authority. Prior to that, city records show it being an auto repair shop, clothing retail store, used car dealer, mini market, and contractor storage. The city published a request for proposals (RFP) in 2012.

Olio and The Standard to two recent examples of repurposed service stations in and near the Shaw neighborhood: 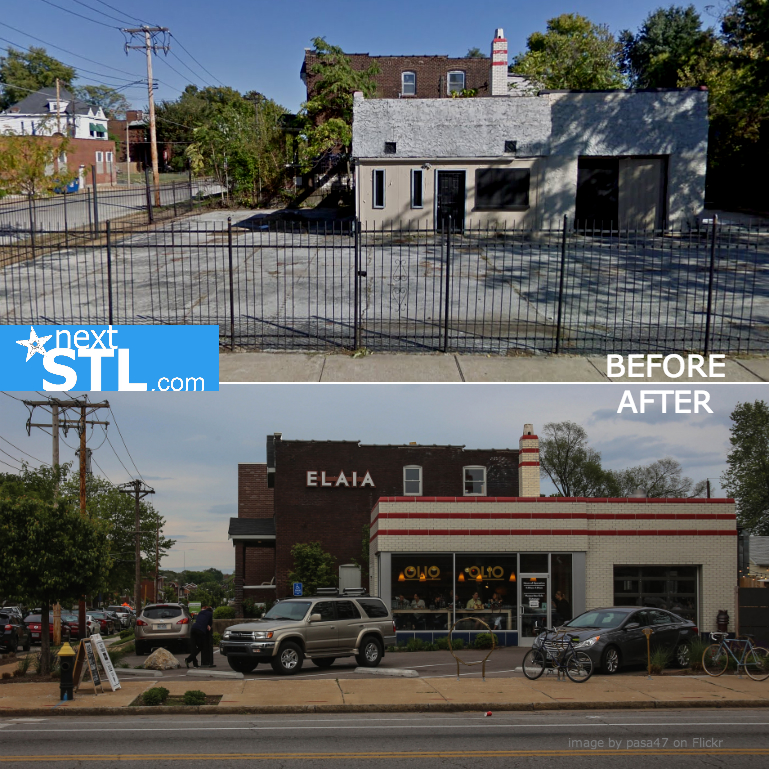 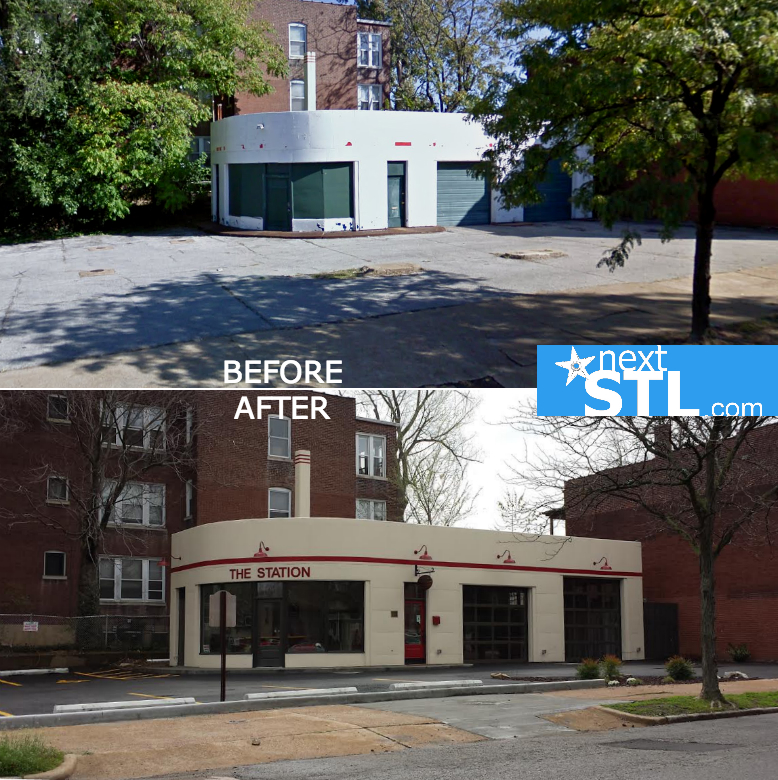