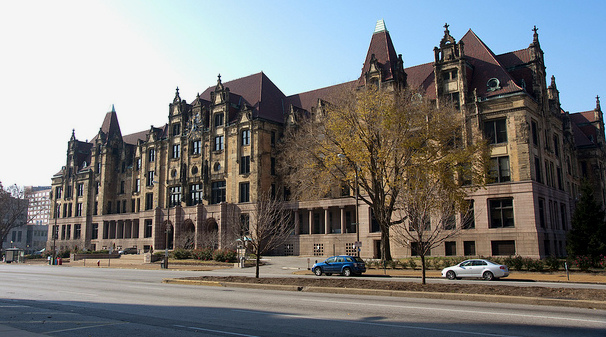 With the passage of Prop R, reducing city wards from 28 to 14, in November 2012, St. Louisians have demonstrated a willingness and hunger for reform. St. Louis needs to keep the reform ball rolling. Hopefully something will be on the ballot this fall. Below are some ideas for discussion. Some require a policy change, a board bill, or a charter amendment.

Small business owners have to go through a bureaucratic gauntlet to get started or be innovative in the city. Stream-lining that process would be a great thing for both economic development in the city and how “doing business in the city” is perceived by outsiders. I haven’t tried to start one myself so can’t provide specifics. The administration got an earful at the “Let’s Talk” event on Cherokee last year. I hope there have been follow-ups with those folks for reform ideas.

Open primaries for local elections. The top two move on to the general. Since almost always a Dem wins, the “real” election day has been on the primary day when even fewer voters show up. Another thing to consider is having local election day in November instead of April, again higher turnout. City-wide preservation review. Accidental and purposeful demolitions without review need to stop. In general preservation and rehab needs to become an even higher priority for the city. New construction is expensive and almost always requires subsidies. Trees can grow back- historic buildings will never return. We have plenty of empty lots and parking lots for new construction.

Lower/remove some type of tax, no matter how token, would be a good perception item. Maybe one of the annoying ones the small business people brought up.

Give neighborhoods more flexibility over their public environment. If a neighborhood wants to paint “The Grove” or a city flag design into the crosswalks, they shouldn’t have to go through some annoying bureaucratic process.

Designate many parks “Neighborhood Parks” whose borders may be changed without an entire city-wide vote, perhaps a board bill and a vote of the nearby neighborhoods should suffice.

Consider making the Mayor’s position stronger. The officeholder gets blamed for everything anyways, s/he might as well have the power to do something about it.

Make downtown streets two-way. The maze of one-ways is confusing to both natives and visitors.

Everyone seems to find it really weird that the Treasurer handles parking. Most would think the streets dept runs that, and the proceeds help fund street work.

I should mention something about public safety and the police department. The SLMPD recently came under local control and is going through a period of transition. We should probably wait to see how well what’s being rolled out does and reevaluate.

Regarding schools, parents want the guarantee of a good free public school option, not a chance at one. Metro High is the best public high school in the state, but it only serves 291 students. Clayton High has 845, Kirkwood High 1677, Marquette High School 2234, Eureka Sr. High 1931. The good in city schools needs to expand by an order of magnitude. One helpful reform would be to not allow the city (or any city) to TIF away the school district’s portion of the property tax. The TIF seeker can lobby the school district separately. I assume this would take a state statute.

Some non-binding Board of Alderman proclamations and/or ballot measures would help amplify the voice of the people of the city and give cover to leaders to be outspoken on issues that affect the city, but are not entirely within its control.

What are your ideas? Let’s discuss!