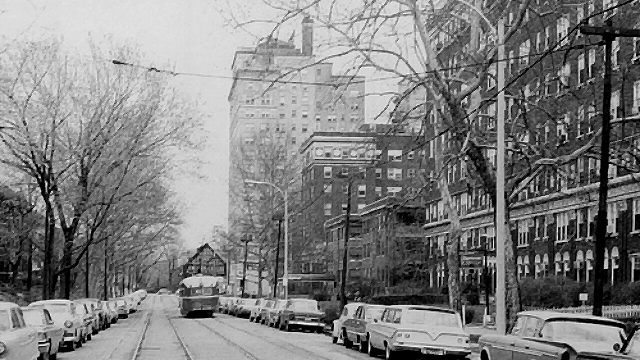 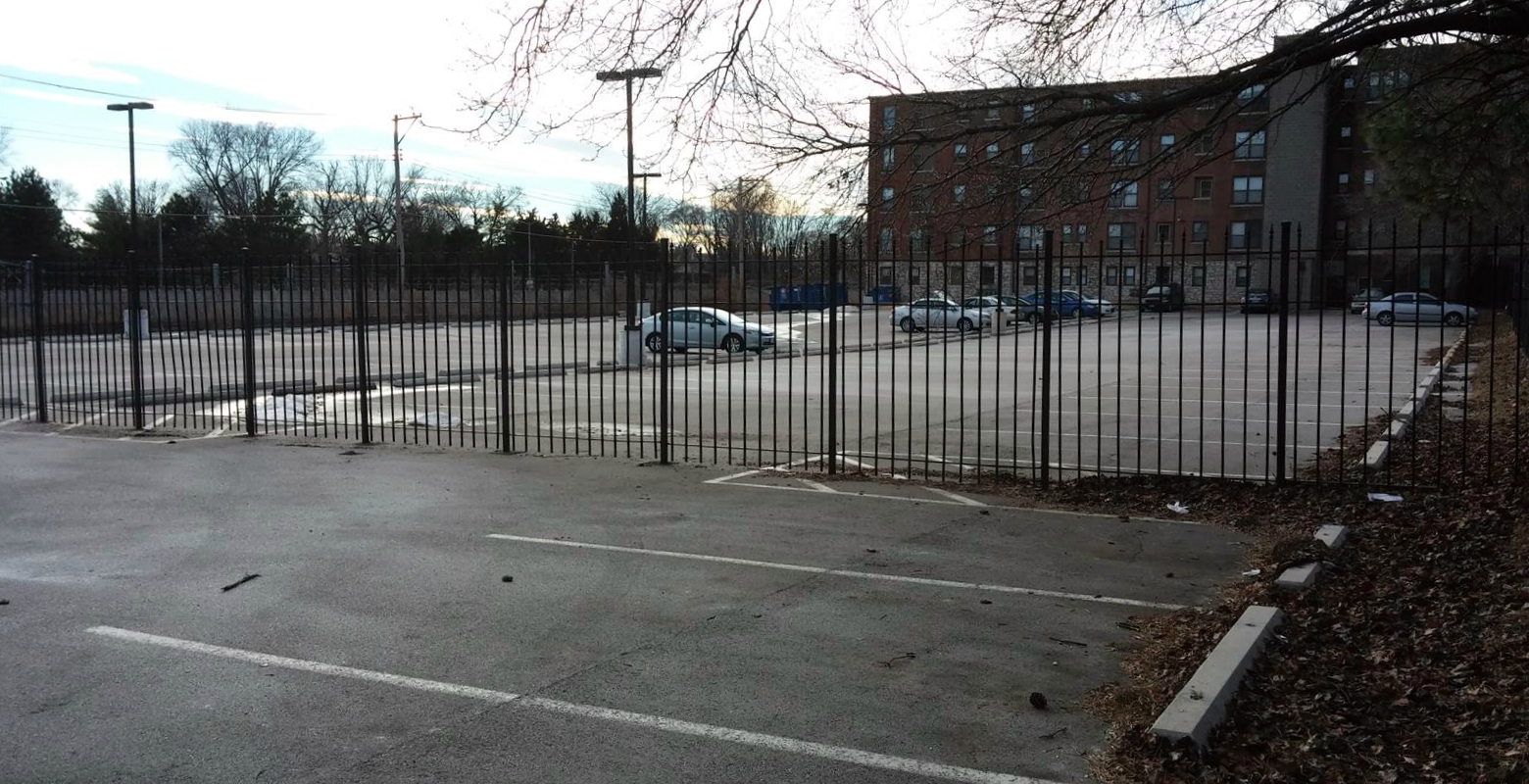 The parking lot at 5510 Pershing is barely used. It was created as a part of the ~1980 redevelopment of DeBaliviere Place neighborhood. In the 1960s parking was so scarce that residents would pay someone to drive their car to a garage off of Laurel Street. Five buildings were razed to create the Pershing lot. The calculus then determined that to compete with the suburbs it was critical to provide abundant proximate parking. So how does the math work out in 2014?

{The lot in 1958 and today – Historic Aerials and Google Maps}

Let’s assume the buildings razed were of the scale of the one directly to the east. That building has 16 apartments and pays $8,000 in property taxes. Let’s say each household earns on average $50k, so $500 in earnings taxes and spends $5,000 on sales taxable stuff, so $200 to the city and other local sales taxes. I’ll leave out the utilities taxes and the income tax on the rental income as well as the multiplier for having more residents creating wealth and spending in the city because I have no idea. That’s $19,200 per building per year.

No contest and it only gets better adding in the things I left out. The opportunity cost of the parking lot is momentous considering it has been there for more than 30 years. Add on top the cultural costs of losing historic buildings and the loss of vitality that the residents would have added to the city.

Not only does the city miss out, but so do landlords. The apartments lost would have generated much rental income. Perhaps with construction of West End City Phase II around the corner, this spot will see an increase in development interest. 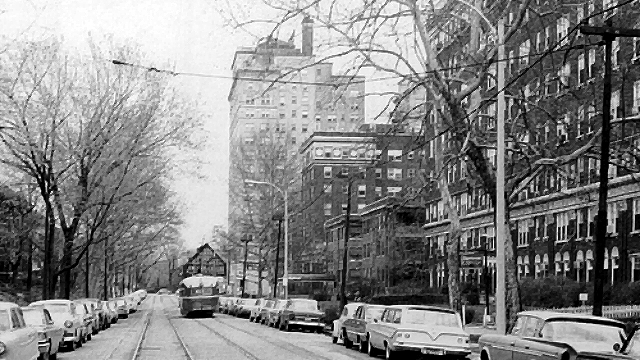 {Streetcar on Pershing looking towards Union}

Competing with the suburban-style development pattern on its terms has cost the city dearly. It can only win by offering something different. The Pershing parking lot is just one small scar from the city’s attempt to build car-oriented places. Let’s all be more skeptical when more land or another structure is turned into parking.