Just last week nextSTL was the first to report that Urban Chestnut Brewing Company is moving into The Grove with a footprint eight times larger than their first location opened just two years ago. Now we have significantly more detail regarding UCBC plans for the challenging Renard Paper Company building on Manchester Avenue between Taylor and Newstead.

The oldest portion of the building was constructed in 1947 (Manchester/Taylor corner), with significant additions in 1986 and 1990. The more recent additions present a flat cinder block wall to the street. The plan by Trivers Associates shows a more open entrance at Taylor and four large windows restored on the south facade. The most significant structural change to the building will be a small outdoor area facing Manchester at the building's midpoint. Roughly the easternmost 40% of the facade will remain intact, but be painted with a bright UCBC mural. 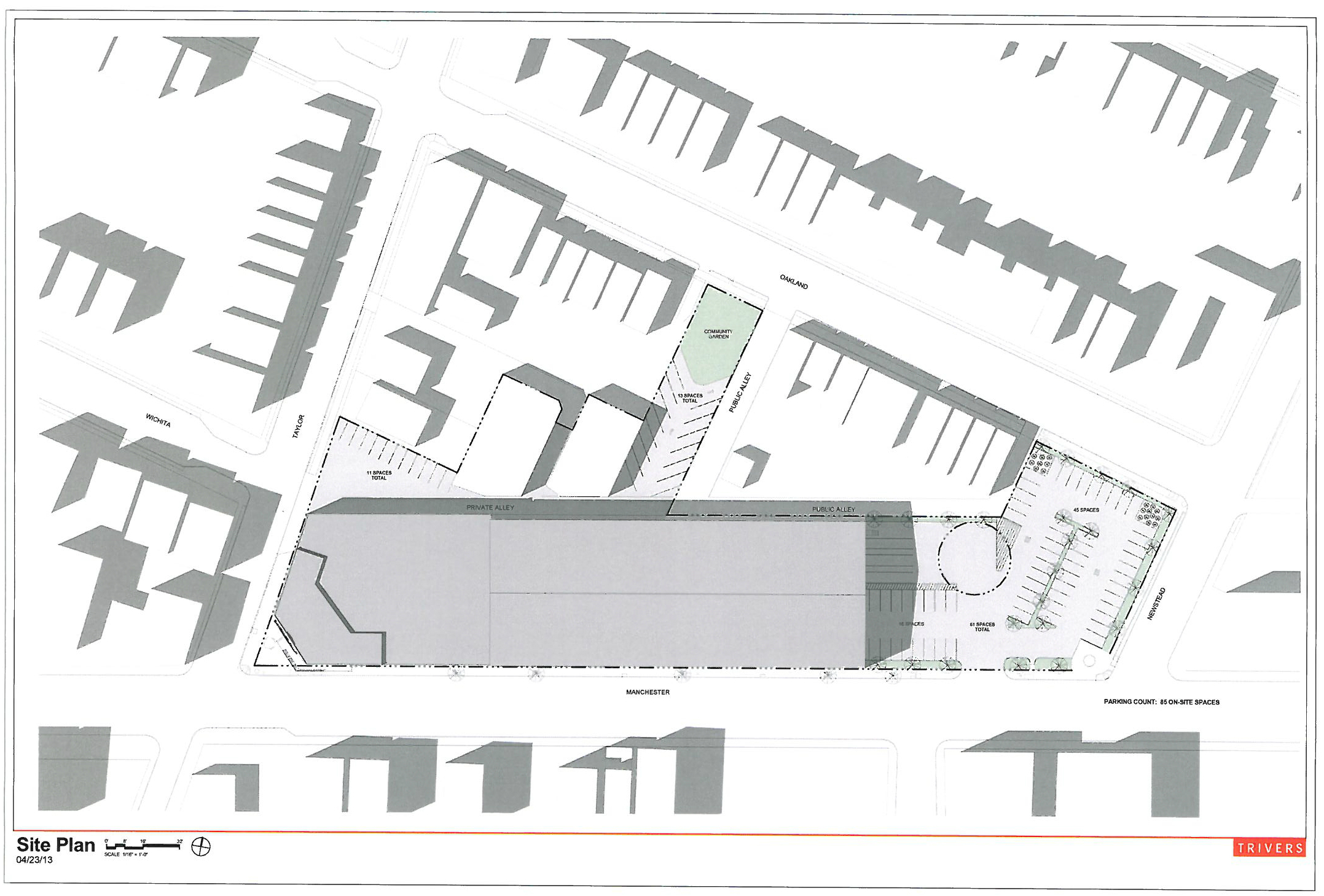 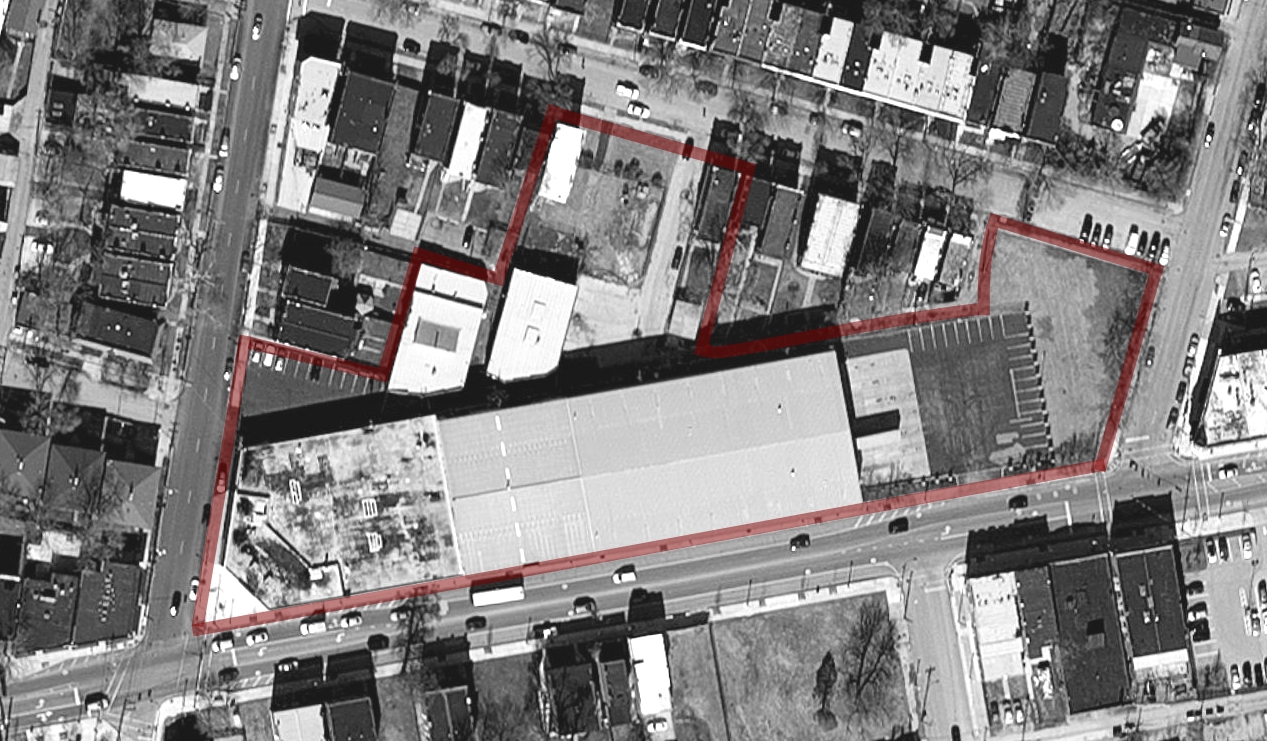 Significant parking will be added, bringing the total spaces to 100. The eastern lot, currently striped for just 18 spaces and with a large grass lot at Newstead and Manchester, will be expanded and striped for 61 spaces. Eleven spots can be found just off Taylor and 15 street spaces are to be found on Manchester. An additional 13 spaces are planned for a current vacant lot to the north of the building and facing Oakland Avenue. The lot would be set back from Oakland and fronted by a community garden.

The project may be most closely compared with the Schlafly Bottleworks in Maplewood, although there are several differences. Brewing occupies just more than 23,000 square feet at that facility and the full-service restaurant another 7,000 square feet. The new UCBC will dedicate significantly more space to brewing. The UCBC retail space will be smaller, focused on the tasting room experience and prusumably offering similar food samplers as their existing location.

Construction is set to begin June 1 with a completion date of this December. The purchase and renovation plans total almost $5M and another $5M of brewing and bottling equipment could be added to the facility. The Park Central Development Corporation and Forest Park Southeast Development Committee support a 10-year tax abatement and conditional use permits for a liquor license and any sign variances needed. 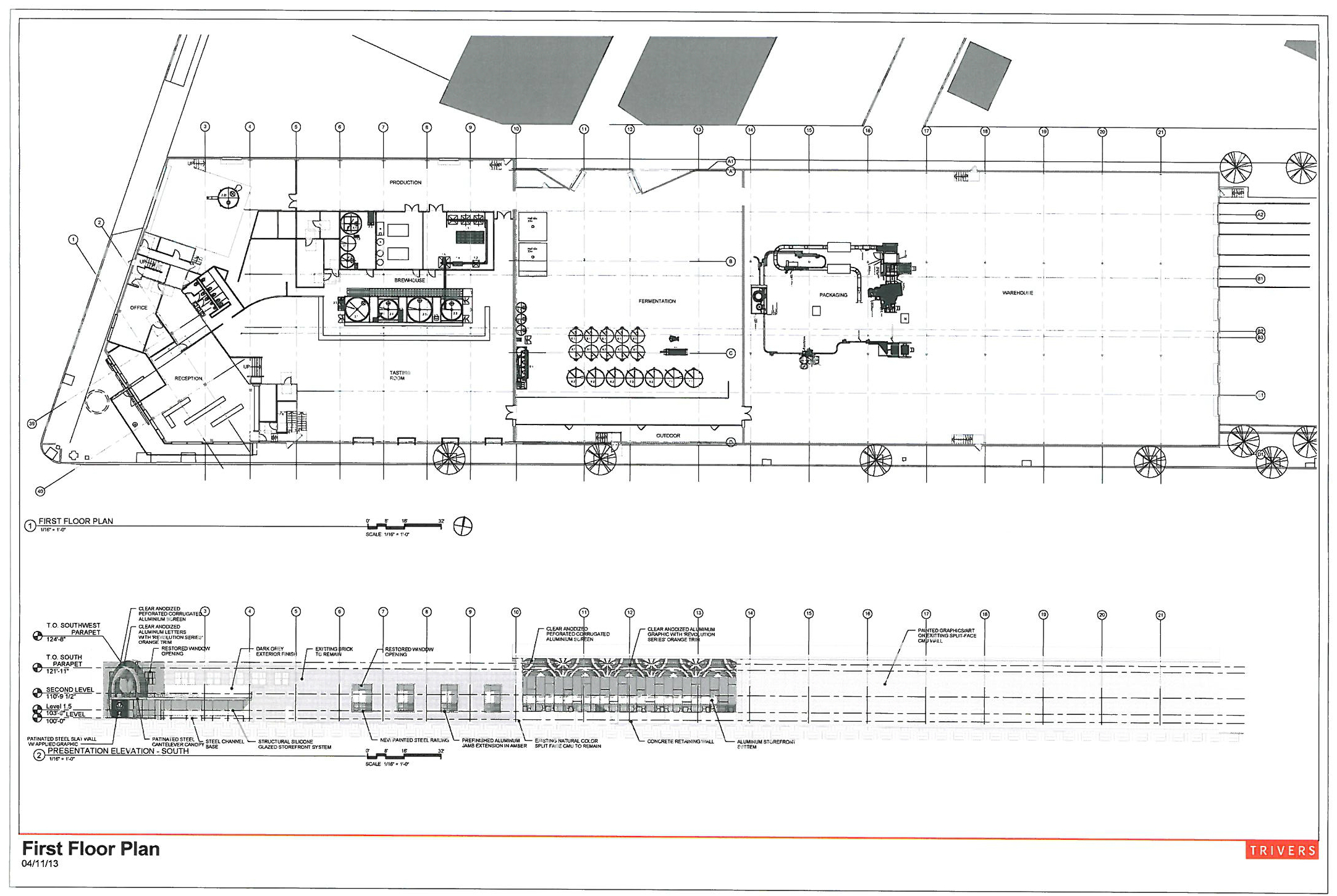 {a re-imagined Renard as Urban Chestnut – image by Trivers Associates}